I thought I’d post my induction of labour birth story (a propess induction story) today to coincide with International Midwife Day. I received such amazing care from midwives, both in the hospital (despite it being incredibly busy) and from the community midwife team at my doctors surgery (who came out to our house for three weeks after we’d taken Eliza home from the hospital after our induction of labour). I’m lucky that I had access to such great care, as I know that so many people aren’t so fortunate. 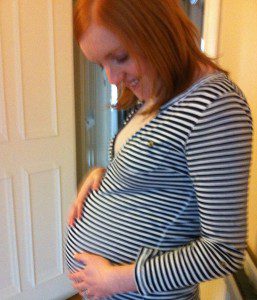 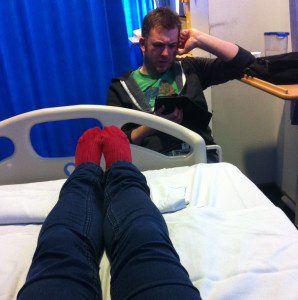 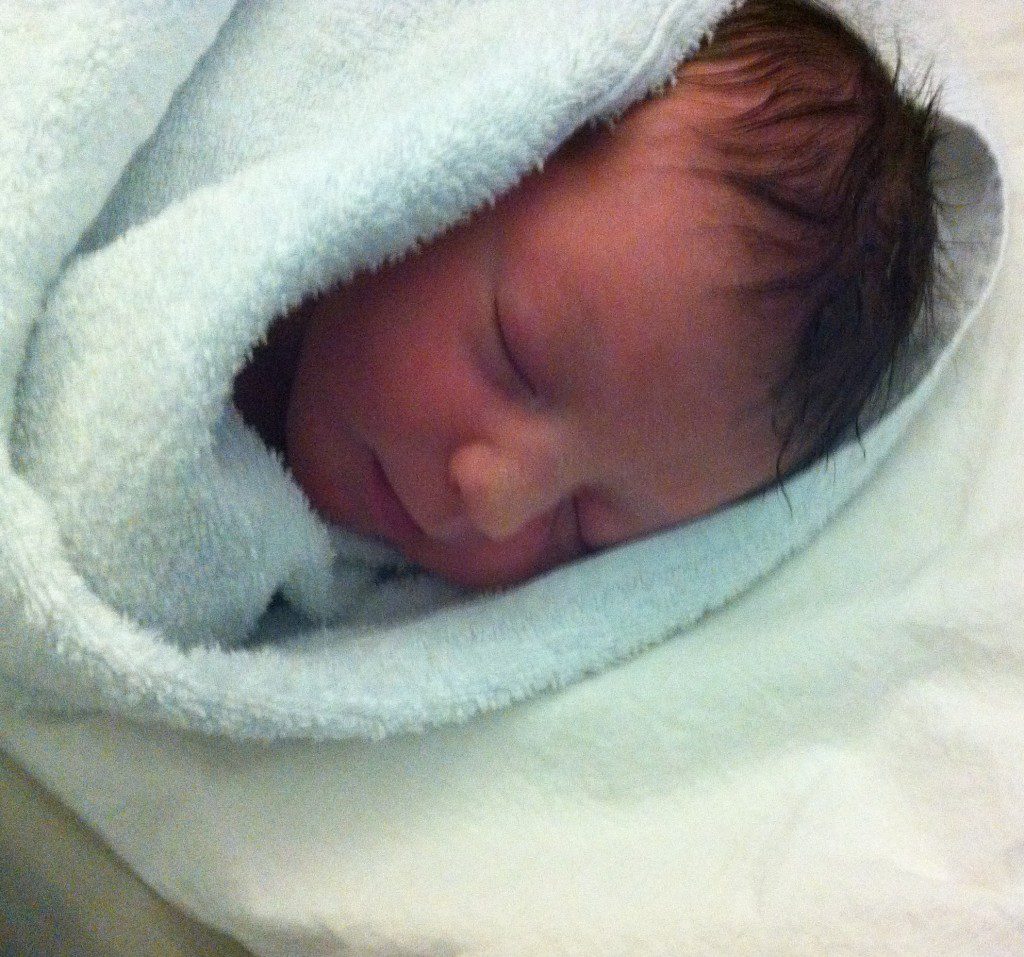 “I have to tell you; you’re already 10 cm dilated, and your baby will be here before your epidural. You are going to have to deliver her without it,” the midwife said to me to my horror, mere minutes after we finally made it to a delivery room. “Now, do you feel ready to push?’

But before we move on to Eliza’s imminent – and unexpectedly speedy – arrival, let’s rewind back to the start. It actually began with a false start, on my due date, with an propess induction story that progressed as far as the King’s College Hospital labour ward waiting room. At this point I’d had two sweeps and everyone was convinced I’d spontaneously go into labour. But she stayed stubbornly put, so we went in for a propess induction of labour as planned – but were then sent straight home due to an unprecedented south London baby boom meaning there were no free beds. “You didn’t expect to actually have a baby on your due date did you?” a midwife said wryly.

The next day we were back, although I was convinced we’d be turned away again, right up until Alex and I were ushered into one of the beds in the induction bay. After monitoring, they gave me the induction of labour drugs via propess and told us to expect a long wait as nothing was likely to happen for at least 24 hours.

Yet the early evening dinner brought with it back-ache and stomach cramps. “Sounds promising!” said a midwife when I mentioned it, although she was soon contradicted by the doctor, who said it was too soon to be anything more than pre-labour pains and Braxton Hicks.

The pain quickly got so bad that I couldn’t get comfortable at all, and nothing – lying down, walking, my long-practised labour breathing – seemed to help. Alex tried using the contraction timing app we’d downloaded, but as there was no start or end point to the pain, we figured I couldn’t possibly be in labour. Wrong, wrong, wrong, as it turned out.

The midwife gave me some paracetamol and hooked me up to the monitor; the delivery ward was still so busy that she was needed elsewhere and left us alone until midnight. After one look at the monitor printout she called the doctor back, as it turned out that the pain was actually off-the-scale back-to-back contractions with no gap in between, and I was now 3cm dilated.

We all had a laugh about how I was a ‘difficult’ patient, as the doctor said that due to the method of induction they wouldn’t have expected anything to happen until morning. It stopped being quite so funny when she told me even though I was in so much pain I couldn’t have an epidural until I was 4cm and a delivery room was free; however, they said they’d check me again in four hours and let me have gas and air. This really helped, and encouraged by the tantalising promise of imminent proper pain relief, I lay on the bed feeling blissfully relaxed. Alex even had a brief amount of sleep on a special ‘dad mat’ on the floor.

This didn’t last long. At about 2am I realised that I was no longer feeling any relief from the gas and air and the constant pain was getting worse. There were still two hours to wait until my next examination, but the midwife reluctantly checked me, and was as surprised as we were to find that I’d actually dilated to 6cm.

Epidural time, at last! However, at that point there were still no available labour rooms as the hospital was so busy, so we had to wait. By the time they moved someone out of a room – one of the longest hours of my life later – I was pretty convinced I was going to give birth then and there, on the induction ward, with three other women in the beds around me (sorry! to these women, I was you a few months earlier).

As they finally pushed my bed down the corridor I started feeling the most intense physical pressure, and my body started automatically pushing. My waters broke in dramatic fashion as we got to the room, and I was pretty sure this didn’t bode well for any more pain relief. I was right; the doctor swiftly checked me again and it turned out I’d gone from 6cm to 10cm in an hour and would just have to get on with it.

So push I did. I was so focused on getting the baby out that I don’t remember this part being anywhere near as painful as the lead-up (even though they took the gas and air off me, to my absolute horror). Pushing took either five minutes or five hours in my head; Alex says it was more like half an hour. Towards the end the midwife was concerned as the baby’s heartbeat kept dropping off the monitor and she calmly instructed me to “get this baby out NOW.” So just before 4am I gave the final push, and, with both hands by her face, out flew Eliza.

It’s funny, I had planned and prepared so much in the weeks leading up to the birth; all the usual first time mum worry about random things like what to wear and what songs would go on my pushing playlist. However, when it came down to it I didn’t even get the chance to change out of the stripy top that I went into the hospital in, and she was born to the sound of Magic FM on the radio.

My first thoughts on seeing Eliza were surprise at the amount of hair she had, and how beautiful her tiny face was. I cried when I first held her, and one thing I clearly remember is that Elton John’s ‘Your Song’ was playing at the time, the words of which seemed fittingly perfect for such a life-changing moment.

There was a medium amount of post-birth drama; I’d lost a worrying amount of blood, there were some placenta issues, and then there was all the fun of stitches. However this was all sorted eventually and the hospital midwife left us while we waited for my community midwife to take over (she was actually supposed to deliver the baby, but as it had all happened so quickly there was no time).

So for a brief period it was just the three of us, alone in the moment. And while we held Eliza, Alex and I sat looking in complete awe and amazement at the baby we’d created.

Did you have an induction of labour? How did you get on? You can also read my second birth story here.