Pregnancy Symptoms I DIDN’T Have

Here Are All The Pregnancy Symptoms I Didn’t Have

If you’re pregnant, read this post on the pregnancy symptoms I didn’t have.

Are You Pregnant? Let’s Talk About Symptoms 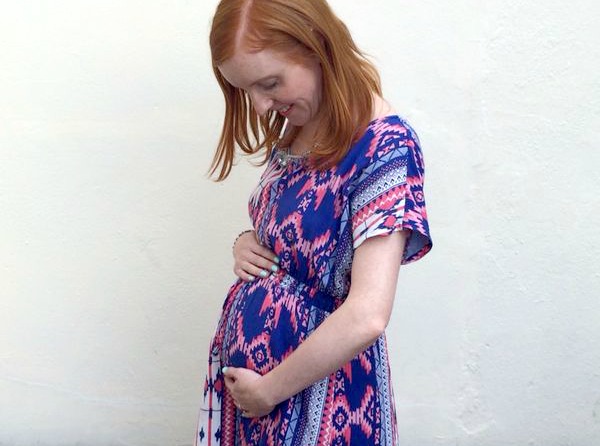 When it’s your first pregnancy and you’ve never been that close to any pregnant women, it can be difficult to know what to really expect from pregnancy, especially when it comes to pregnancy symptoms.

You tend to patch together a picture of pregnancy symptoms from films / TV / reading all the pregnancy info you can get your hands on, as well as piecing together things other people tell you.

If can often be difficult to predict what pregnancy is really going to be like, especially if you’re keeping your early pregnancy a secret and just want to talk about it at length with everyone, but can’t really do that yet.

Pregnancy Symptoms: A Cause For Anxiety

I wanted to talk about pregnancy symptoms I didn’t have because one of the reasons I had pregnancy anxiety in the first trimester was due to my pregnancy symptoms and how I felt in early pregnancy not matching up with how I thought I was supposed to be feeling. Which made me think that I wasn’t pregnant ‘enough’ or that something was wrong. As I didn’t have my first scan till 12 weeks, in my hormone-addled and emotional mind there was no proper proof that there was even anything in there.

I don’t think I’m alone in feeling like that, am I?

Here Are All The Pregnancy Symptoms I Didn’t Have:

1. I Didn’t Have Severe Morning Sickness:

I had morning sickness, but was hardly ever actually sick. Mine came in the form of extreme nausea and dizziness – like seasickness or, annoyingly, a hangover without any of the fun the night before.

It did not involve constantly being sick, or any kind of random vomiting in my handbag on the tube that you always read about.

It wasn’t until my second pregnancy was the same I realised this is how I do morning sickness.

2. I Didn’t Have Bizarre Pregnancy Cravings:

Cravings are such a huge part of the pregnancy ‘myth’ – it’s almost expected that you’ll have lots of weird ones, usually pickles and ice cream. Some women do have this, but then lots don’t.

All my cravings were fairly, boringly normal – cereal and milk (I must have needed the calcium and folic acid).

I had more aversions than anything else and these changed all the time, usually within the time it took to prepare dinner. I still can’t eat avocados, even now, the evil green slimy things.

3. I Didn’t Have Extreme Pregnancy Hunger:

4. I Didn’t Have Extreme Tiredness In The Third Trimester:

Pregnancy is TIRING, there’s no denying that. It’s exhausting when you work full time and even more exhausting when you have toddlers to look after, too. It took a long while to get the pregnancy burst of energy in the second trimester with my second pregnancy, but then it never went away – even at the end. I think, as I had to run around after my toddler this is what I did so the energy just stayed as I stayed active (I really think this helped me have a quick second labour).

5. I Didn’t Have Heartburn In My First Pregnancy…And My Baby Was Born With Hair

6. I Didn’t Have A Metallic Taste In My Mouth:

The final pregnancy symptom I didn’t have was the pregnancy metallic taste in my mouth. While I was struggling to fall pregnant in the first place, this was one of the signs I looked out for. Was that a funny taste in my mouth, or just…dinner? When I actually became pregnant, I didn’t really have this either.

When It Comes To Your Own Pregnancy Symptoms:

All pregnancies are different and there’s no ‘right’ way to be pregnant, especially when it comes to pregnancy symptoms.

But if you’re worried about anything at all, chat to your midwife (or call the labour ward). They’d much rather you spoke to them and will never feel that you’re bothering them. 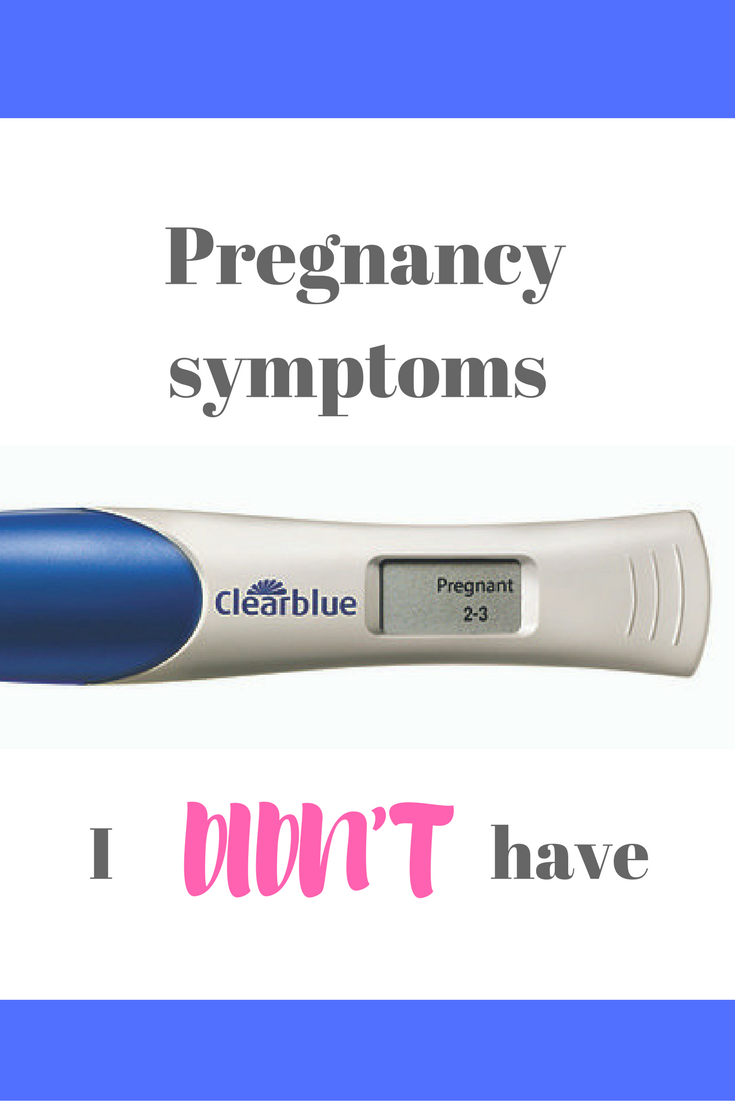