If You’re Pregnant, Read About 10 Pregnancy Secrets Of The First Trimester:

Congratulations, you’re pregnant…so what are the pregnancy secrets of the first trimester? You know, all the nitty gritty details, signs and pregnancy symptoms that only your previously pregnant best friend would tell you.

If you think you have early pregnancy symptoms or have positive proof that you’re expecting a baby, your thoughts might immediately turn to the first trimester and what is due to happen to your baby and body. If it’s your first pregnancy you might have no idea what to expect next but be desperate to find out!

There are hundreds of apps and books and websites around if you want detailed information about what’s happening to your body or a daily update on the size of your baby (a poppyseed! A grape! I loved that info and read as much as I could get my hands on).

Instead, I wanted to focus on the physical, emotional and mental changes that no-one tells you about – the pregnancy secrets of the first trimester.

Make sure you read my post on pregnancy life hacks and my pregnancy updates week-by-week with my second pregnancy.

Shh! Here Are The Secrets Of The First Trimester Of Pregnancy:

When I took the first trimester pregnancy test with my daughter, I was expecting another negative test (it took us a while to conceive). When a positive appeared on the test stick I was floored and did not believe it. I was in total and utter shock. In the back of my mind was the thought that it could be a false positive (these are VERY rare, but the doubt was still there). However, it was a holiday and no stores were open to buy another test, so we had an agonising night of not-quite-knowing. I had to go into work incredibly early and test in the office loo. Even after POAS and the surprise of positives on three tests (one a digital, the holy grail of test sticks) I didn’t quite believe it. And a couple of tests later, I still didn’t quite believe it…

Pregnancy in the first trimester might not seem real for a while:

See above. But even when it was ‘confirmed’ by several tests, it didn’t seem real. I still tested on and off for a few weeks, which just made me anxious (don’t do this!).

When the only pregnancies you’ve ever really seen have been on TV, it’s easy to believe that all pregnant women are constantly heaving and also craving pickles and ice-cream. However, everyone’s pregnancy symptoms vary. There are millions of different pregnancy symptoms that people experience or don’t experience, to varying degrees. For example, my morning sickness meant I just felt very sick – like seasickness or a hangover – I wasn’t actually sick. As this wasn’t how I thought pregnancy was, it made me think I wasn’t pregnant enough. The second time I was pregnant I knew this was just how my body handled pregnancy (remember to see a doctor or midwife if you’re worried about anything).

You want to shout it from the rooftops…but might choose not to:

Again, everyone’s different but I chose to wait till after the 12 week scan before I told anyone (I only told one or two people and we didn’t even tell our parents till I was 10 weeks). It wasn’t so much the worry that something might go wrong, but more wanting to keep it to ourselves – and also I didn’t quite believe it myself until I’d seen the scan. Here’s some ideas on how to keep your early pregnancy secret.

Your emotions are ALL over the place:

After desperately wanting to fall pregnant and trying for so long I presumed I’d feel elated and blissfully happy. However,  it’s a time of huge hormonal change which can leave you feeling every emotion under the sun. I had pregnancy anxiety and felt every type of emotion going. Until the 12 week scan I didn’t really believe it was true, but after that I did feel a lot better.

The first trimester: It feels like not much happens:

Once you’ve told your doctor and registered with the midwife, there’s a period of several weeks where not much happens. Everyone’s different but you usually have a midwife booking-in appointment at around 8-10 weeks in the first trimester, with the first scan at 12 weeks. After all the big surprise of the test, it does seem odd that not much actually goes on for a while.

You get cravings but also food aversions:

Everyone tells you about pregnancy cravings – the previously mentioned pickles and ice cream, of course, but in the first trimester you’re more likely to have food aversions- where you go off certain foods. It’s a constantly changing thing, too, I’d often make dinner then have to leave most of it as something as innocent as tomatoes suddenly made me feel sick. Combined with a super-human sense of smell it can make for a very interesting few months.

Waiting for the scan can be agony! It crawls round really, really slowly. 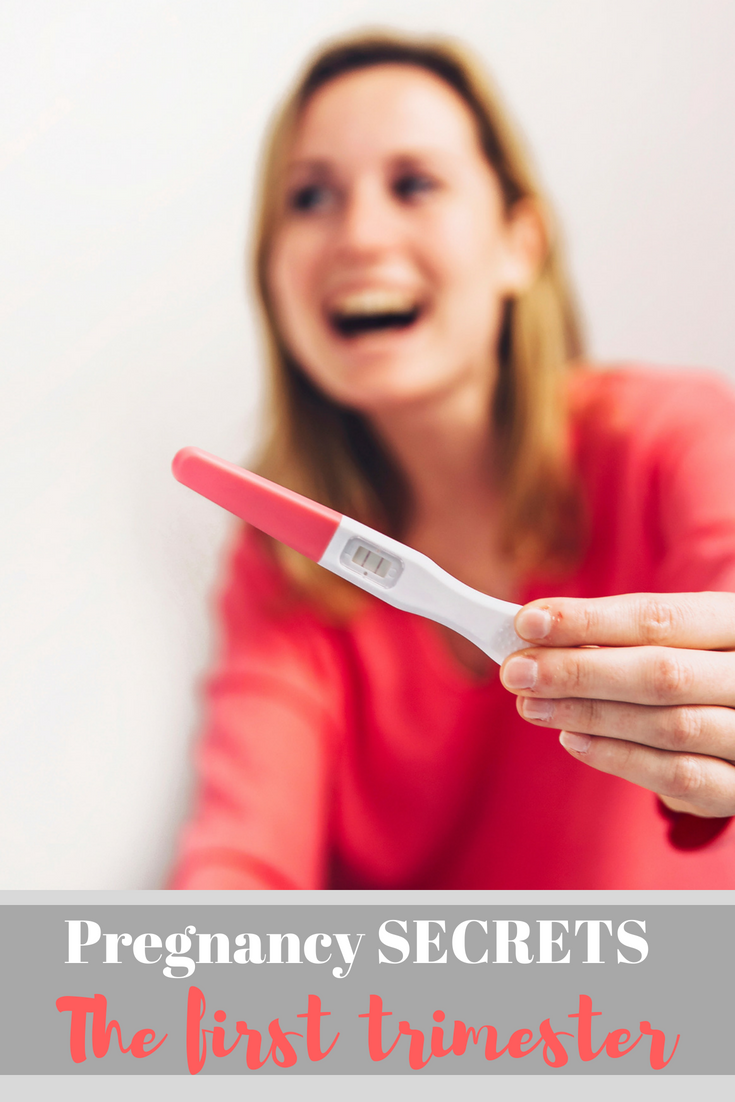 Bodies are magical and mysterious things. I spent lots of the first trimester waiting for my bump to magically appear. However, one of the early pregnancy symptoms is likely to be trapped gas and bloating – nice! Which means the bump you have at the end of the day is gone again by the morning. I didn’t actually start showing until well into the second trimester.

Read about more weird things that happen to your body during pregnancy.

The first trimester is EXHAUSTING

One of the first trimester pregnancy symptoms that is likely to have the biggest impact on you is the tiredness.  Everyone tells you you’re likely to be tired but my goodness – I’ve never been that tired! Having previously been the last person to leave the party, I would go to bed early ever night and fall alseep in front of the TV every time. And still fall asleep on the train to work. Take it very easy and nap while you can! 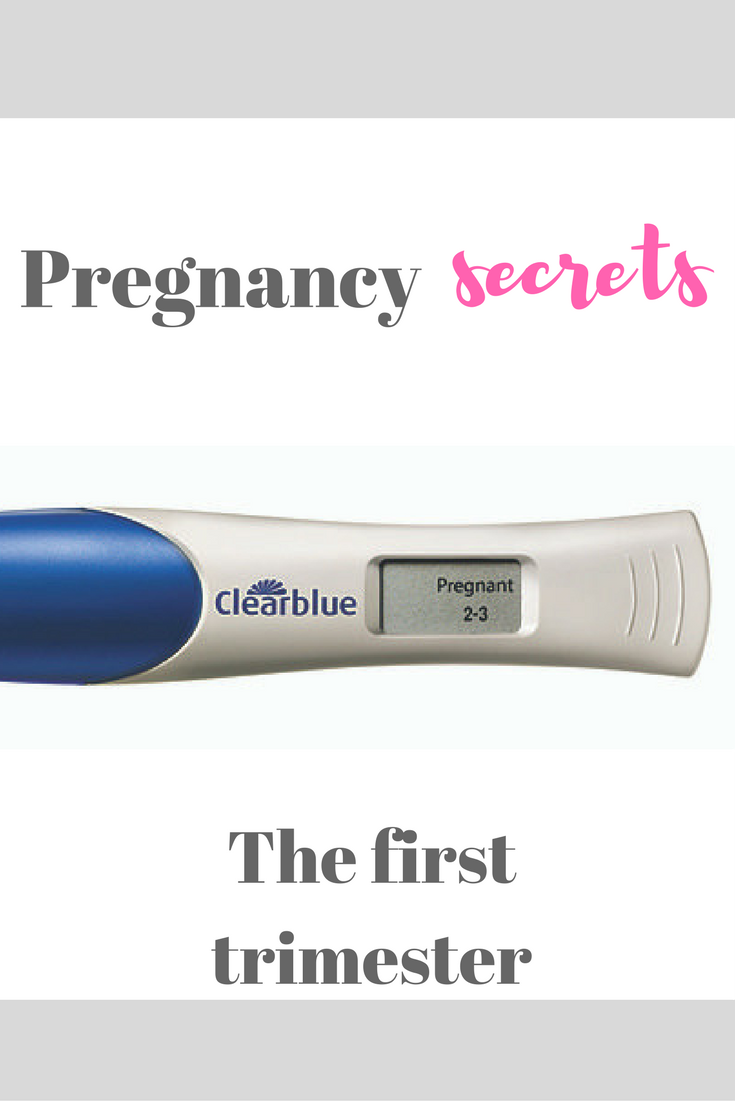 What were your secrets of the first trimester? Make sure you also read my post on weird things that happen to your body after pregnancy and the things no-one tells you about pregnancy and Very early signs of pregnancy week 1