The Tate Modern With Kids: The Best London Art Galleries For Babies And Toddlers

Taking A Trip To The Tate Modern With Kids

How Child-Friendly Is The Tate Modern With Kids?

If you’re thinking of going to the Tate Modern with kids, toddlers or babies, and wondering how child-friendly is it, the answer is very. It’s very easy to access, even with a pram. The staff are really friendly. There are change facilities and a cafe with a children’s menu.

While there’s no dedicated children’s area (there used to be!) the art is all very visual, colourful and easy to look at. There are also a lot of places to run around freely, including the giant turbine hall (toddler paradise).

Taking A Baby To The Tate Modern

When it comes to London’s art galleries and museums, the Tate Modern is right up there with my favourites.  Last time we went I was 37 weeks pregnant – which seems about three lifetimes away now – so when Nick and I were planning to meet up on a Saturday, we thought it was a good place to go with Eliza.

The Turbine Hall at the Tate currently has a Tino Sehgal exhibition, if that’s even the right word, which consists of  live, choreographed encounters between people, using noise and light. When we arrived it was dark and the giant lights were flashing, and there was a big group of people doing a slow step up and down the main floor. We watched from upstairs – trying to work out if it was some kind of un-dead uprising or a Thriller flashmob – and then went downstairs and walked around the group. It was interesting; a lot more complicated and less immediately obvious than the crack, the slides, the seeds, or the sun. Coincidentally, it actually was International Zombie Day; we ran into a group of people dressed up as we left.

As it was Saturday and fairly busy we stayed away from the main Tate Modern galleries, but we did take a look around the Tanks, the new / old section attached to the main hall that has been built out of the power station oil tanks (it’s pretty industrial, to say the least).

There were several different exhibitions including Lis Rhodes’ Light Music, and a room of Sung Hwan Kim projections. All of them consisted of darkened rooms, video projections, flashing lights and muffled and distorted sounds. Nick and I were weirded out by a lot of it, as it seemed like something from either Twin Peaks or a pretty terrifying nightmare. However Eliza was open-mouthed in silent wonder (light and dark, flickering lights? A red room? Muffled sounds? Must have been a lot like being in the womb). Andy Warhol at Dulwich Picture Gallery was so bright and visual, but a lot of this was like a big old baby sensory room with added ambient noise.

I do love the Tate Modern; it does a lot to make art accessible for all, both figuratively and literally (the main entrance to the Turbine Hall is like a giant pushchair ramp). Anyway I reckon we’ll be back pretty soon on a less busy weekday, especially as it’s such an easy trip on public transport (short train ride to London Bridge, short walk).

Where Is The Tate Modern?

When Is The Tate Modern Open?

More Places In London To Take A Baby: 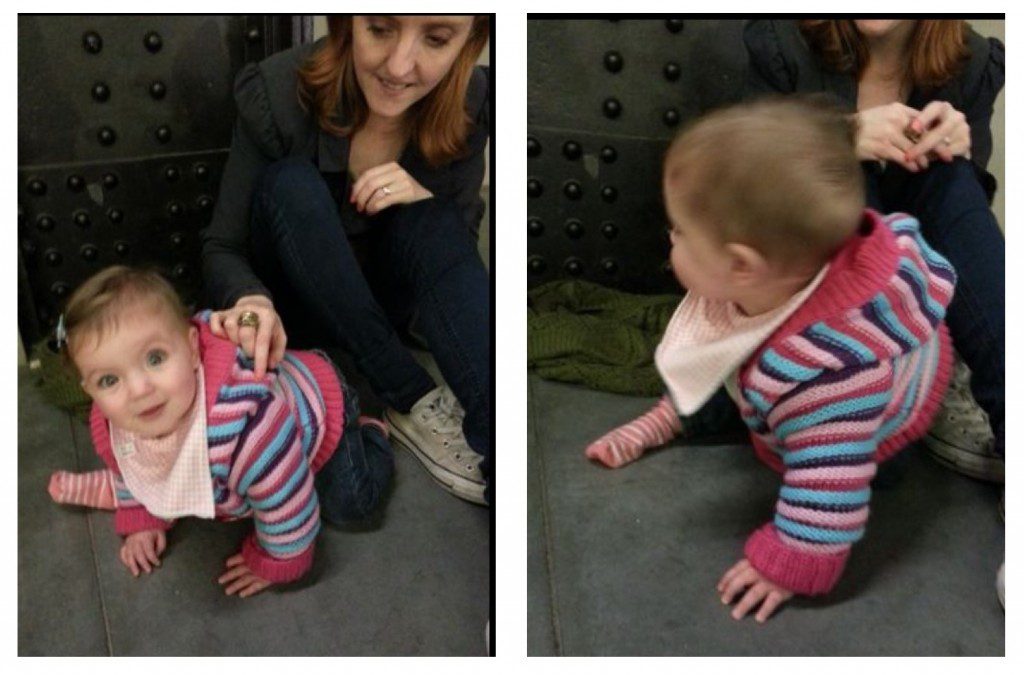