Your Body After Pregnancy: 10 Weird Things NO-ONE Tells You

What are the weird things no-one tells you about your body after pregnancy?

I spent most of my first pregnancy eagerly reading all the information I could get my hands on about pregnancy and also childbirth. There’s a lot of attention focused on the birth, isn’t there? Especially during NCT classes.

But What Happens After Pregnancy?

But what happens after can be a bit of a mystery, especially when it comes to your body after pregnancy. Something you can’t quite get your head around while you’re lying on the sofa with a nine-month baby bump and the entire contents of the fridge. 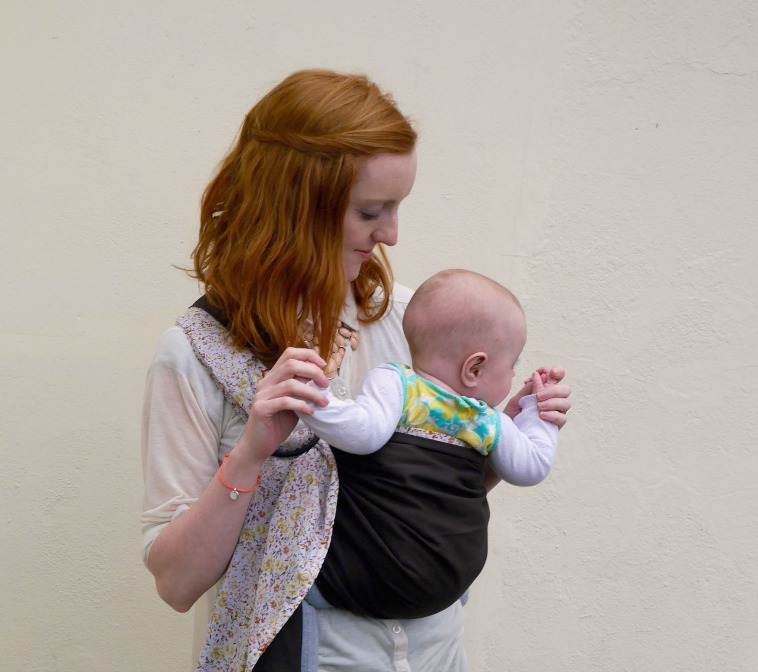 There are things you are pretty sure will happen because everyone tells you, hence why you stockpile *those* giant sanitary towels and the Arnica pills you never get round to taking.

But when it all actually happens, you realise there’s a whole load of things about your body – and mind – after pregnancy that people kind of forget to tell you about…the weird things that happen to your body after pregnancy… 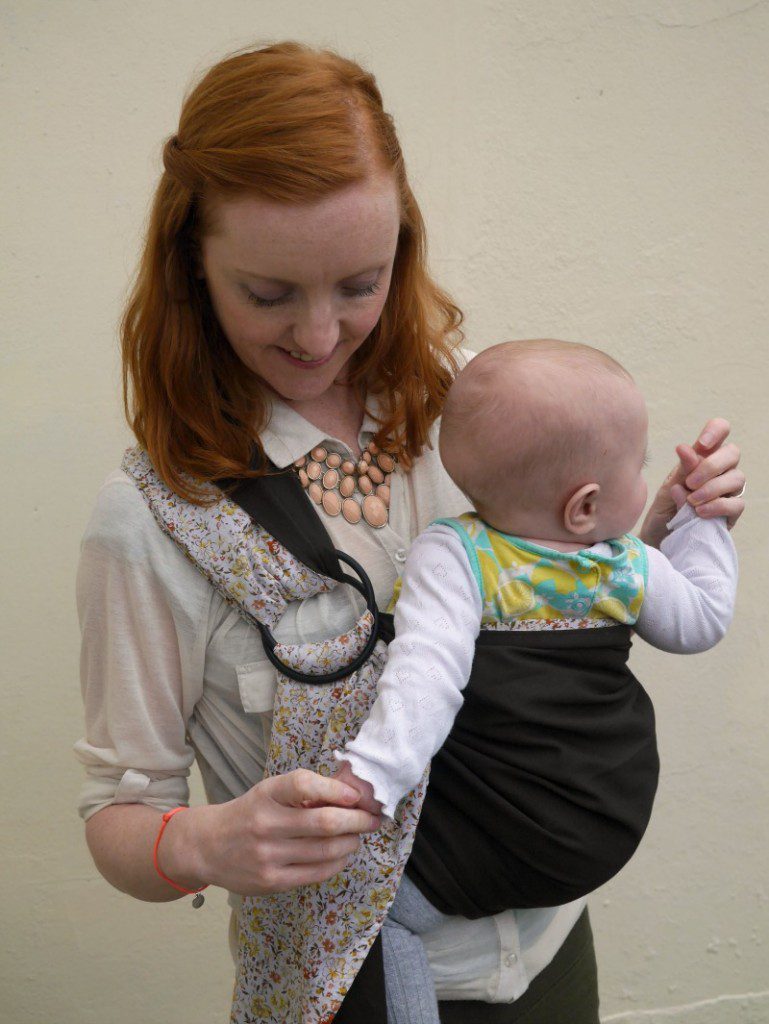 What No-one Tells You About Your Post-Pregnancy Body

You’ve gone through labour, had the baby, then it’s plain sailing from there on the pain front, right? Oh wait, here come the afterpains. Who invited them to the party? I don’t remember these from the first time but second time round, they felt like contractions (which seemed very unfair; hadn’t I JUST done this?). They do go quickly though, thankfully.

Oh MY, the post-birth night sweats. What are they all about*? Why does no-one ever tell you THIS about your body after pregnancy?

(* It’s your body’s way of getting rid of all that extra pregnancy fluid. But that’s not the first thing on your mind at 3am when you wake up stuck to the sheets thinking ‘What’s wrong with me now?!’).

3. Your giant boobs when your milk comes in

Forget the tooth fairy, the boob fairy is where it’s at in terms of mythical creatures when you’re a new mum. I knew, rationally, that my milk would come in at some point. But what I didn’t expect was to go for a quick nap and then wake up, suddenly, transformed into Dolly Parton’s leaky-breasted lookalike. Just like that. Giant boobs.

4. Day Three and the case of the hormonal horrors

Midwives do broach this subject, somewhat tentatively telling you that you might feel a little bit blue a few days after you’ve given birth. Which doesn’t really explain the feeling when one minute you’re riding high on the post-birth rollercoaster, euphoric, your deliciously amazing baby snuggled sweetly next to you then the next you’re plummeting right to the bottom of the bottom, holding on to the baby for dear life while crying and wailing ‘I’m FINE’ in the style of Ross from Friends, while all the good hormones sprint away from your body as fast as they can, pulling the rug out from under your great mood, hopes, dreams and aspirations as they go.

And then you’re back up.

And repeat (it gets better; it does get better, soon. Here’s a tissue).

I was never as hungry as I expected when I was pregnant, so this was a big surprise. Everyone told me breastfeeding would make me thirsty – which it really does – but I had no idea how starving it would make me. Proper, must-have-food-now, drop-everything-right-this-very-second-or-I’ll-gnaw-the-remote-control-and-then-your-hand, all-consuming hunger. Which is tricky when you’re often trapped on the sofa feeding (top tip – gather snacks first before you sit down. Here’s some more breastfeeding tips).

My pregnancy cravings were really, really boring (no pickles and ice-cream for me! Just cereal, milk and all these). But along with the breastfeeding hunger, baby feeding gave me major cravings for anything sweet. And custard. And custard doughnuts. And if there’s one time you can indulge yourself it should be now. You’ve just had a baby, you’re amazing! Don’t even think about diets. Pass the doughnuts.

7. The chills and the shakes

Having been kept warm by a baby for the past nine-and-a-bit months, I remember being constantly freezing as a new mum. Despite having the heating turned up to tropical 24 / 7 to the extent that all our visitors had to strip off before they passed out. My milk coming in also gave me major full body shakes and at one point I was wrapped in a duvet sat on top of a radiator, trying not to let my chattering teeth wake the baby.

You get used to a small child tapdancing on your uterus, don’t you? But even a long time after birth I swear you can still feel the kicks. This happens to everyone, right?

9. Sleep deprivation as a new mum

Actually, everyone tells you about this, usually when you mention pregnancy insomnia ‘It’s preparing you for having a baby, ha!’ Well it’s not really and it doesn’t really. Sleep deprivation is a shocker which is hard to explain unless you’ve done it. It’s hard – it’s not just you. You just have to get through it and be extra kind to yourself. And try not to kick all the ‘sleep when the baby sleeps’ brigade.

Along with all the day three shenanigans, you’re likely to have some major mood changes after pregnancy, good and bad. Sleep deprivation and hormones can make even the shiniest sparkly things dull. And it can remove your rational filters; I had huge rows with my husband over the smallest of things, usually one-sided because he’d left the room. I felt every emotion going, and woe betide anyone who crossed me with my massive dose of the post-pregnancy rage (all conducted via internal monologue, of course).

Some days I felt absolutely nothing at all. Some days I cried because I loved the baby that much.

New Mums Are Important Too

Babies are bloody brilliant, but it’s important to know that you’re still important, too. Often you’re isolated and suddenly alone for lots of the day as a new mum with all the focus on looking after someone else and not yourself. And you’re catapulted into a whole new world where everything can seem complicated and confusing, from leaving the house through to nappy changes, with your unfamiliar body right at the centre.

The post-natal period is a whirlwind of weird and often unfamiliar emotions, sensations and bodily stuff. Most of it is a surprise but completely normal, although it can feel anything but. And if your feelings don’t seem manageable, talk about it.

It’s So Important To Talk About Your Post-Pregnancy Feelings

My youngest is now two-and-a-half now but I wanted to write about the post-birth period because maternal mental health is so very important. I never had PND but if you think you do, or if you’re not feeling yourself, make sure you reach out.

Talk to someone, anyone, even if it’s online at first it still counts (and that’s where some of the best people are). Having a new baby can be hard but it does get better. It can be fantastic but it’s OK if it’s not all great. Get help if you even think you might need it. I can’t stress this enough – it’s never just you.

More posts…baby milestone cards for mums, everything you’ll obsess about in the first year and terrible parenting advice everyone gives you and read my Lily Cup One review