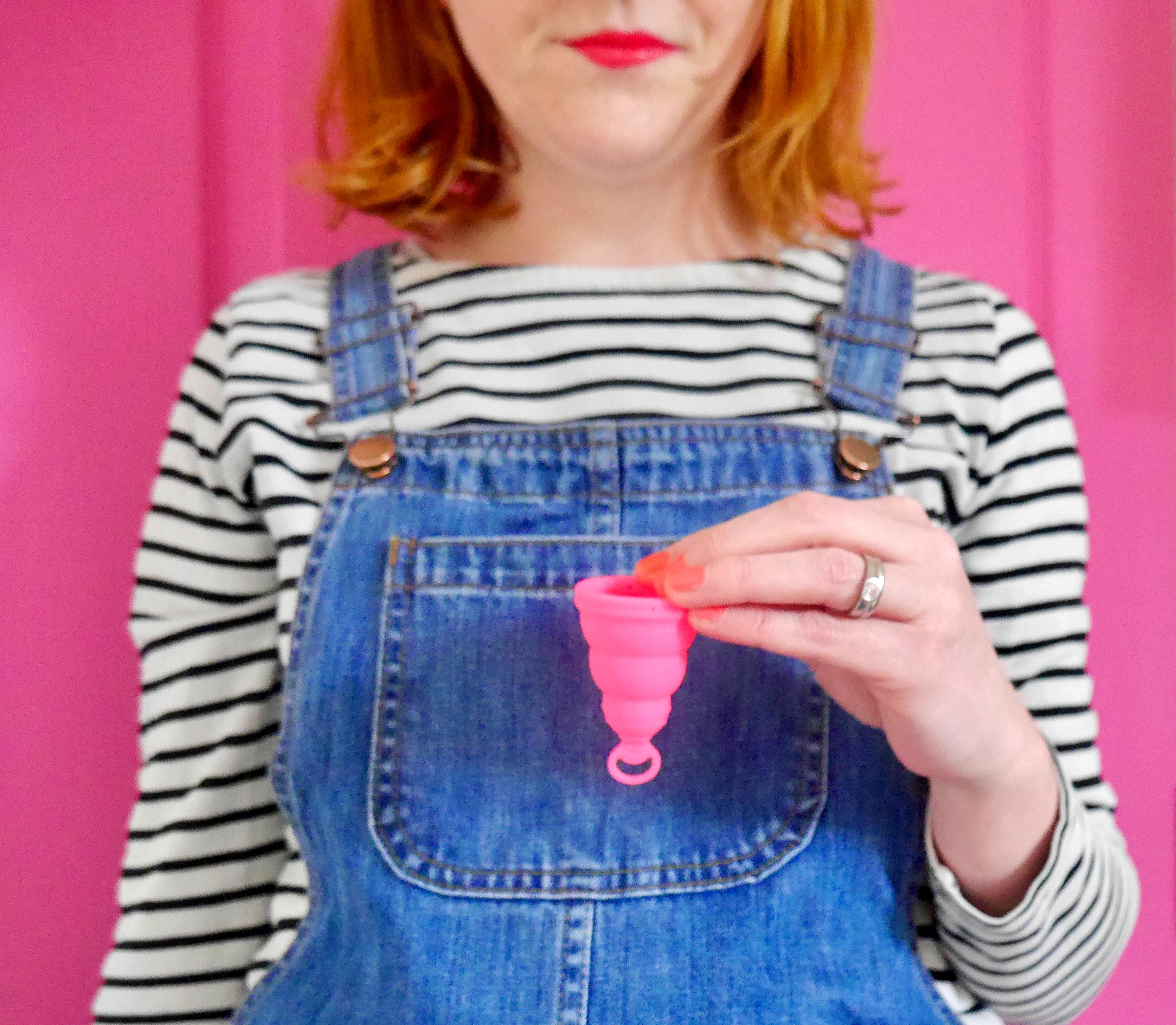 Lily Cup One Review: I Try Out The Lily Cup Menstrual Cup

Thinking Of Trying A Reusable Menstrual Cup? Read My Lily Cup One Review

If you’re thinking of switching to reusable period products, I’ve been trying out the Intimina Lily Cup One (which I was sent as a gift) for a couple of months now, so here’s my Lily Cup One review.

How did I get on with my first menstrual cup, the Lily Cup? Is it easy to use for newbies switching to reusables? Would I be prepared to swap it for tampons full time?

My Lily Cup One Review – Is The Intimina Lily Cup Good For Beginners?

Would you consider swapping to reusable period products? I first heard about reusable menstrual cups a while ago, and wasn’t sure why you’d use one when tampons are so…good at their job. Fast forward a decade, and like many people I’m on the look-out for more environmentally-friendly replacement products for everything, where possible so wanted to give a period cup a go.

One of the things that also struck me when I had the first post-baby period – apart from the contraction-like pain and ride on the hormonal roller coaster on a one-way ticket to tears-ville – was how expensive branded tampons are and it irked me more than PMT that as women we have to pay a premium for these products (thanks for nothing again, the patriarchy!).

I’d heard a few people rave about menstrual cups, but trying them was on my never-ending list of ‘things I’ve got to get round to.’ When I was offered the Lily Cup One to review, I thought I’d try it out, especially as I’d heard it was a good ‘starter’ cup.

What Are Menstrual Cups And Are You Tempted To Try A Period Cup?

What is the Lily Cup One?

How Do You Insert The Lily Cup One?

How do you know the Lily Cup is in right?

If it’s high enough up, you shouldn’t be able to feel it, and there shouldn’t be any leaks. I did have to re-position it a few times at first as I was never quite sure it was exactly right; it can be difficult to tell when you’re not used to it.

Can You Feel The Lily Cup When It’s In?

Almost every time I’ve used it I’ve had a few minutes after of thinking ‘Can I feel it? Can I?’ (No). I think you’re more likely to feel the loop and I know some people cut it off, it just depends on how brave you’re feeling about the removal. And speaking of…

How Do You Get Your Lily Cup Out?

When you take it out, pinch the bottom of the cup first to release the seal, otherwise it might feel like you’re pulling all your internal organs out (been there…). Once you’ve done that, you just pull it out using the handle. Then you tip the blood out, rinse the cup and can use it again (if you’re not near a sink e.g. you’re in a public loo, you can wipe it with a tissue).

How Much Does A Lily Cup Hold? How Long Can You Use It For?

The big question people seem to have is how much does a Lily Cup hold? Based, I think, on it being smaller than a lot of menstural cups. The info says that you can use it for 12 hours, but how often you need to take out it depends on your flow. But even on my most feeling-like-death-days I thought I’d have to change it more often, but there was much less blood than I’d thought. One of the weird – or really interesting – things is that it does feel like you get to know your body a lot better.

Do You Need A Different Size Menstrual Cup If You’ve Given Birth? Or Are Older? Or Have Had Multiple Babies?

However there are lots of factors around the what type of cup and size you need, so you might need to do some shopping around to get a perfect fit. I’ve had two children though and it was fine for me.

Can I Swim With The Lily Cup One In?

What Did I Think Of The Lily Cup One…And Will I Swap It For Tampons?

Which Menstrual Cup Is Best?

It’s hard to answer this as I’ve only tried one! Update: a year on after my Lily Cup One review I’m still using it though, so it works for me. A lot of it might be based on trial and error, and finding out which menstrual cup is best might be different for everyone.

There’s more information on the Lily Cup One website here and buy it here for around £22 – I was sent mine for the purposes of my #Lily Cup One review post.

Want to try reusable period underwear? Read my Modibodi period pants review (and if you have babies, read my ModiBodi reusable nappies review)