We’ve been busy making a magnetic chalkboard wall in E’s new room. Everyone loved her old chalkboard wall and toddler reading corner so we wanted to recreate it to a larger scale and this time with super-special magnetic properties.

Want to know how we did it? Stick with me… 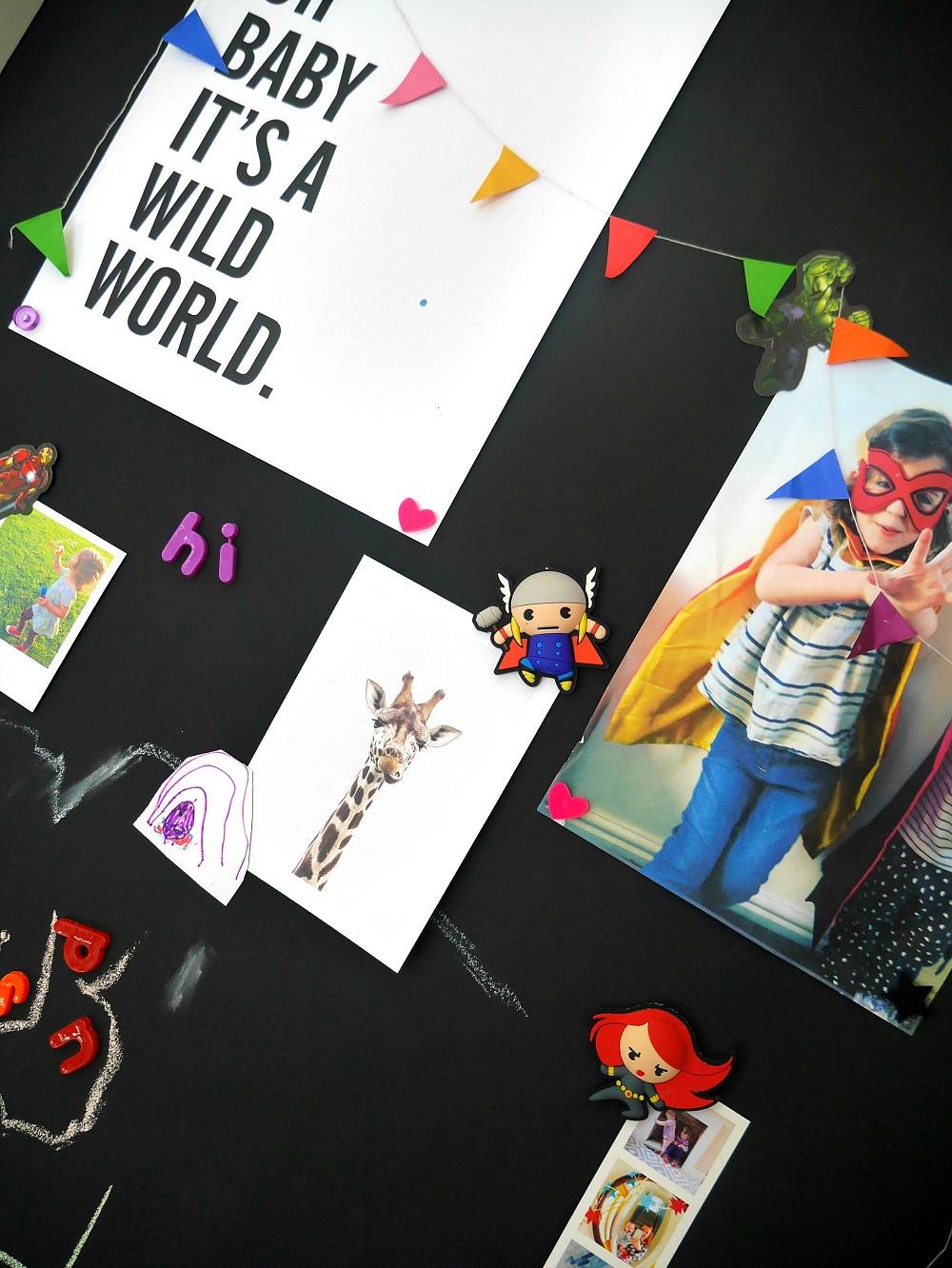 Why Make A Magnetic ChalkBoard Wall?

It’s been all change on the bedroom front since work on our loft conversion finished. E moved in to what used to be our old bedroom, complete with this former monstrosity – which has since been painted white and looks a million times better (honestly). F moved into to E’s old room, which you can see in its old form in her toddler room tour – her Ikea spice rack bookshelves are still there though. We are upstairs in the big attic room, which my builder promised would be a ‘quiet grown-ups sanctuary’ (hahahahahaha). 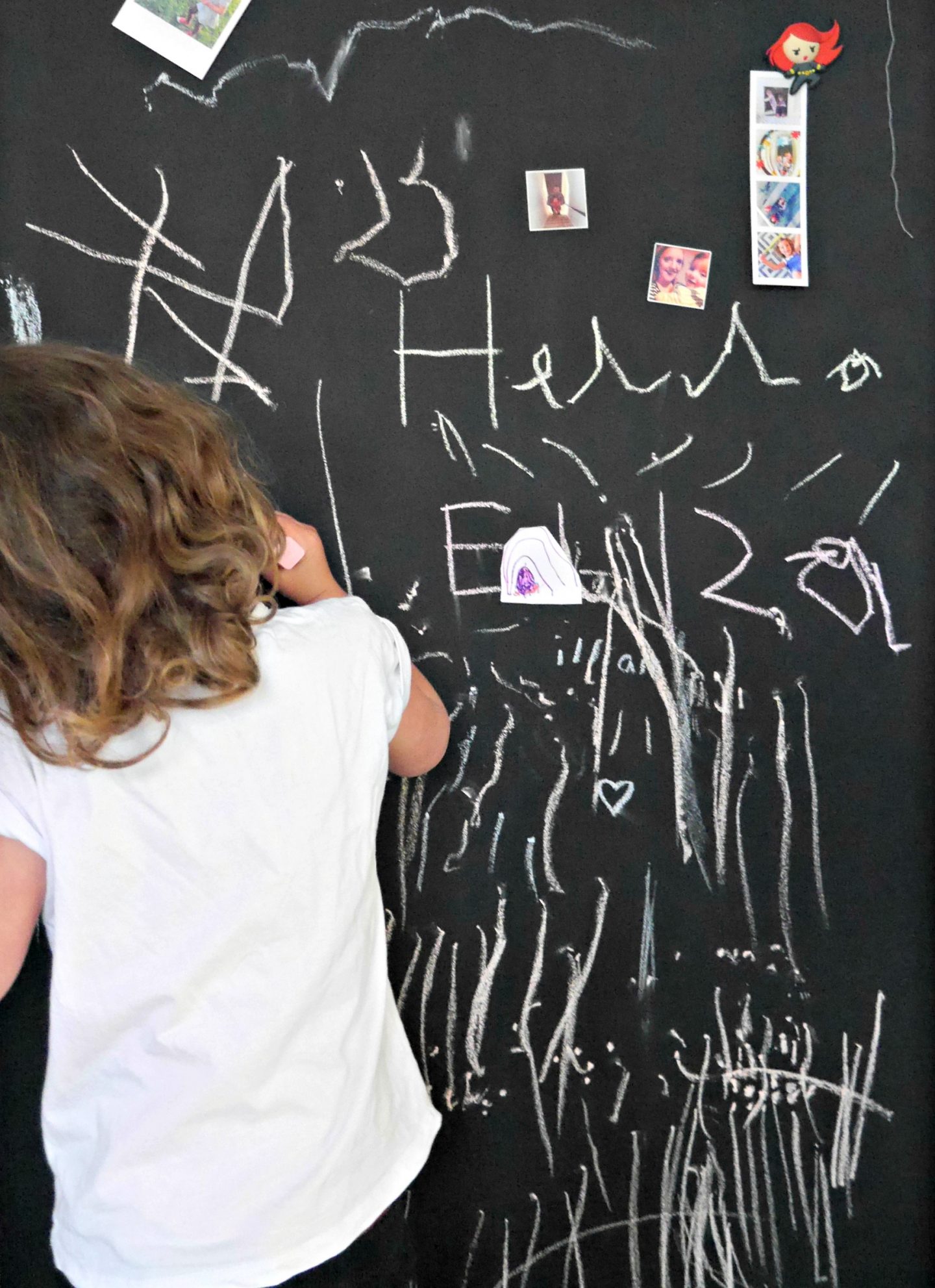 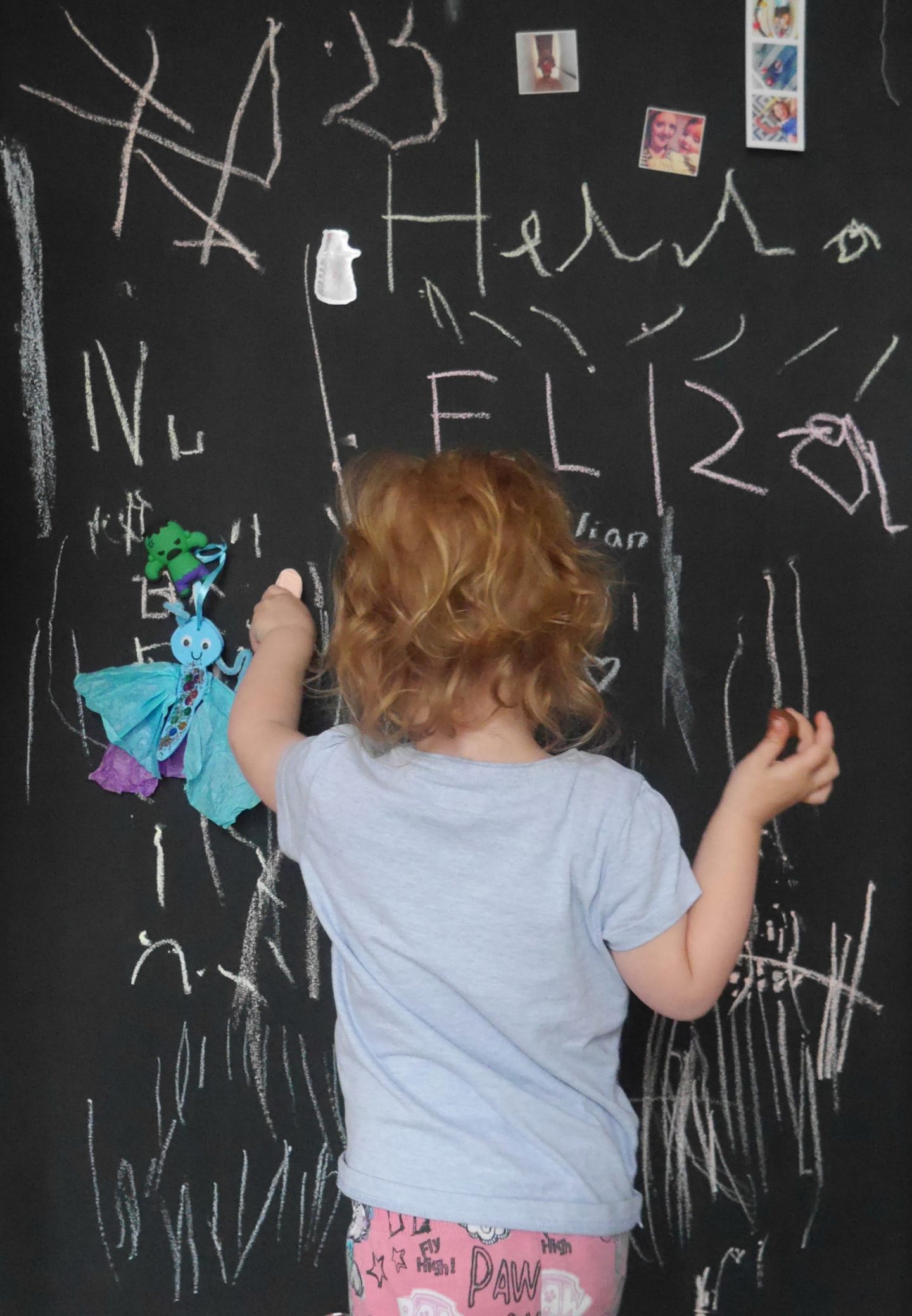 This patch of wall was a built-in cupboard in a previous life, which was removed to make way for our new loft stairs. And since then it has been a plasterboard wall waiting patiently for something to happen (I have to admit we’ve been terrible at finishing off the really small jobs after all the building work was finally done – tell me it’s not just us?!).

We thought it would be brilliant to make a magnetic chalkboard wall, for drawing on, and to use as a message board with things pinned on with magnets. 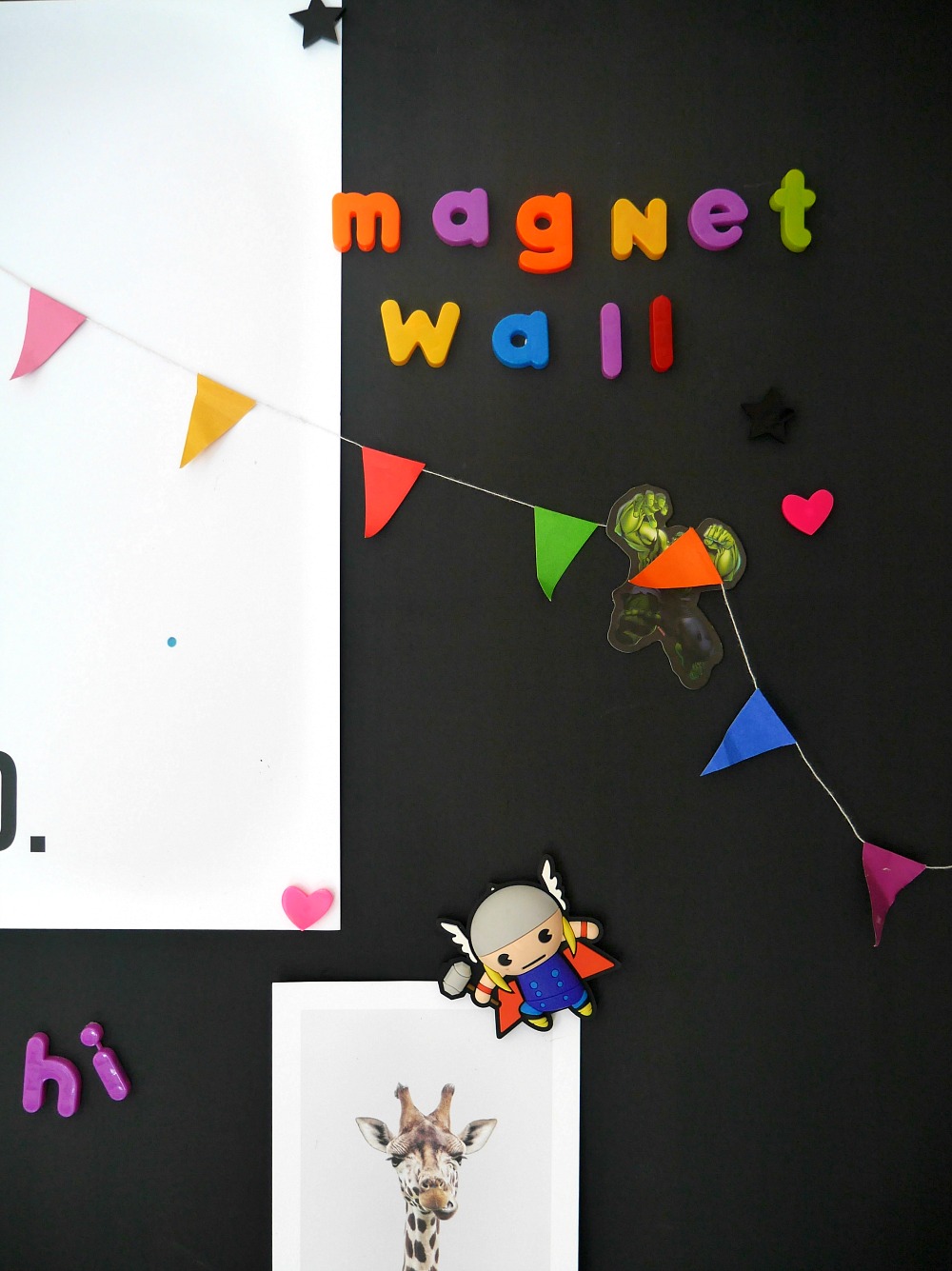 What’s The Best Magnetic Paint To Use?

We have used the standard Wilko’s chalkboard paint before, which does the job and dries to a chalky finish for chalking on.

We were offered Johnstone’s Magnetic Chalkboard paint to try (see here) and thought a magnetic chalkboard wall sounded a million times better.  With starting school I thought it would be handy for writing practice and useful for pinning up all the artwork that comes home…*all* the artwork… 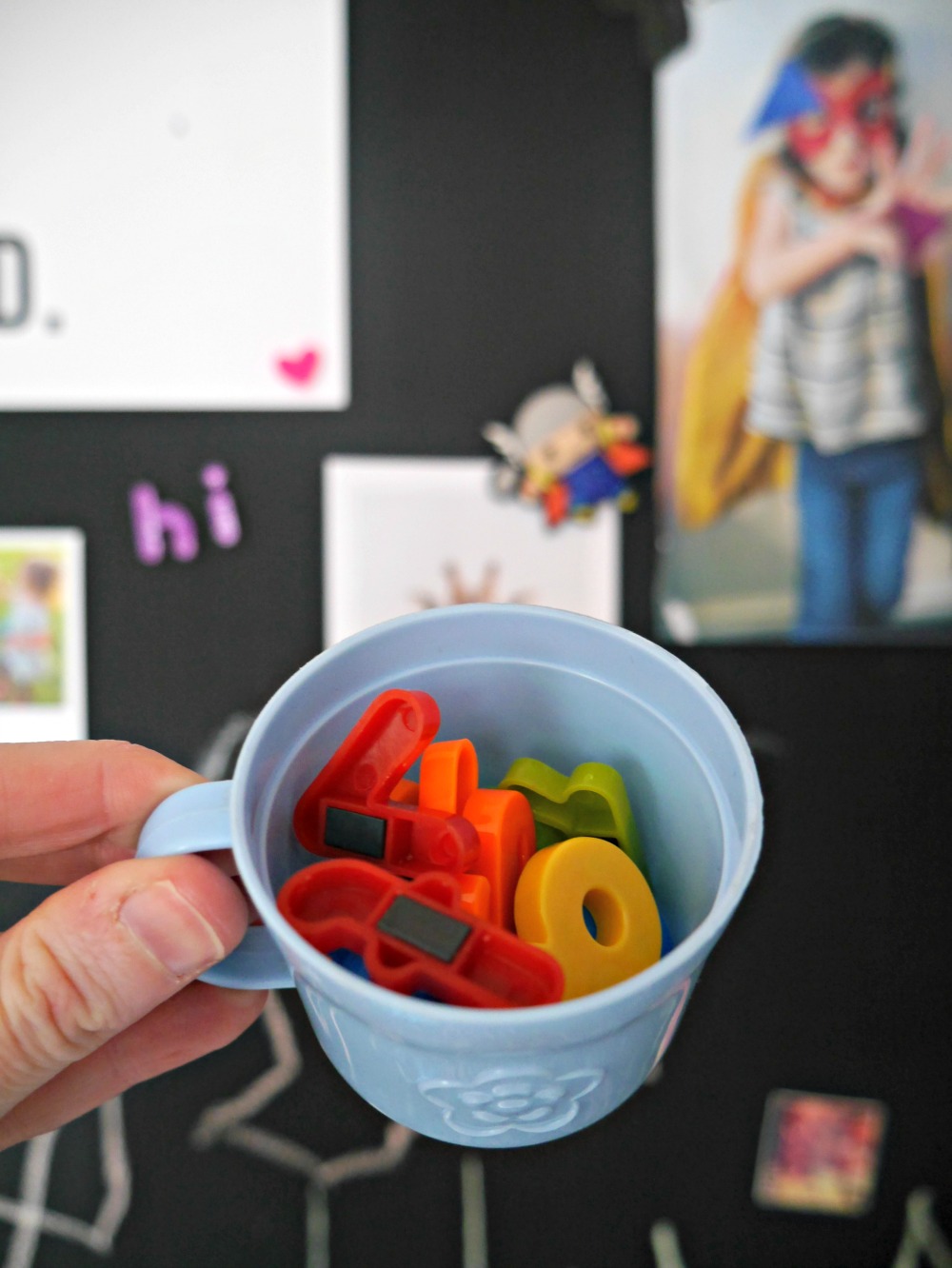 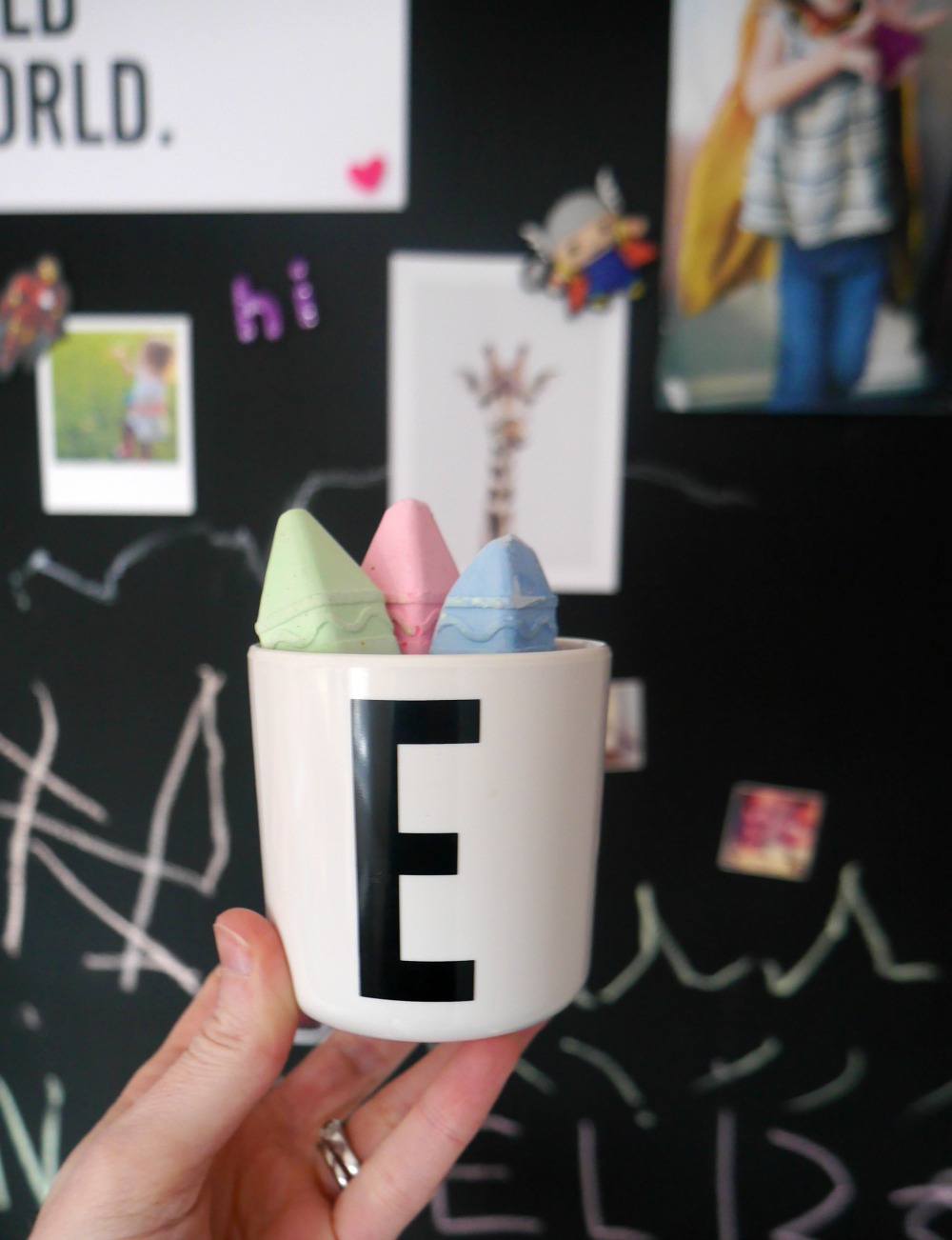 How We Used Magnetic Chalkboard Paint To Make A Magnetic Wall 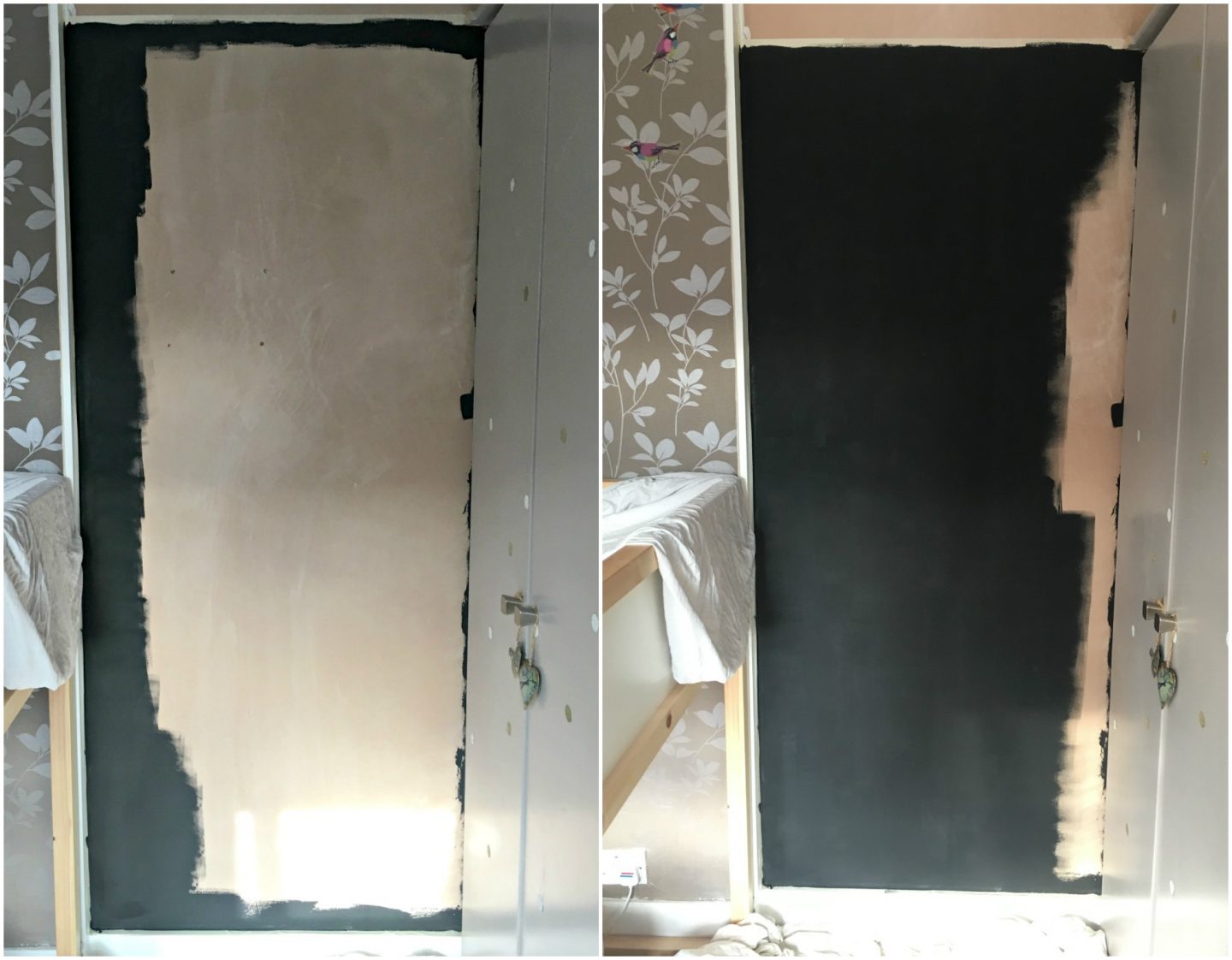 How Magnetic Is Magnetic Paint?

As a chalkboard the wall is *brilliant* – the paint is thick and matt and a great surface for drawing.

However, it’s not the most magnetic paint though – the tin recommends three coats and we did four, but there are still some weaker patches where magnets don’t stick and it’s tricky to pin things up on the wall.

So don’t expect fridge-levels of magnetism.

It’s a lot of fun though, for all of us. 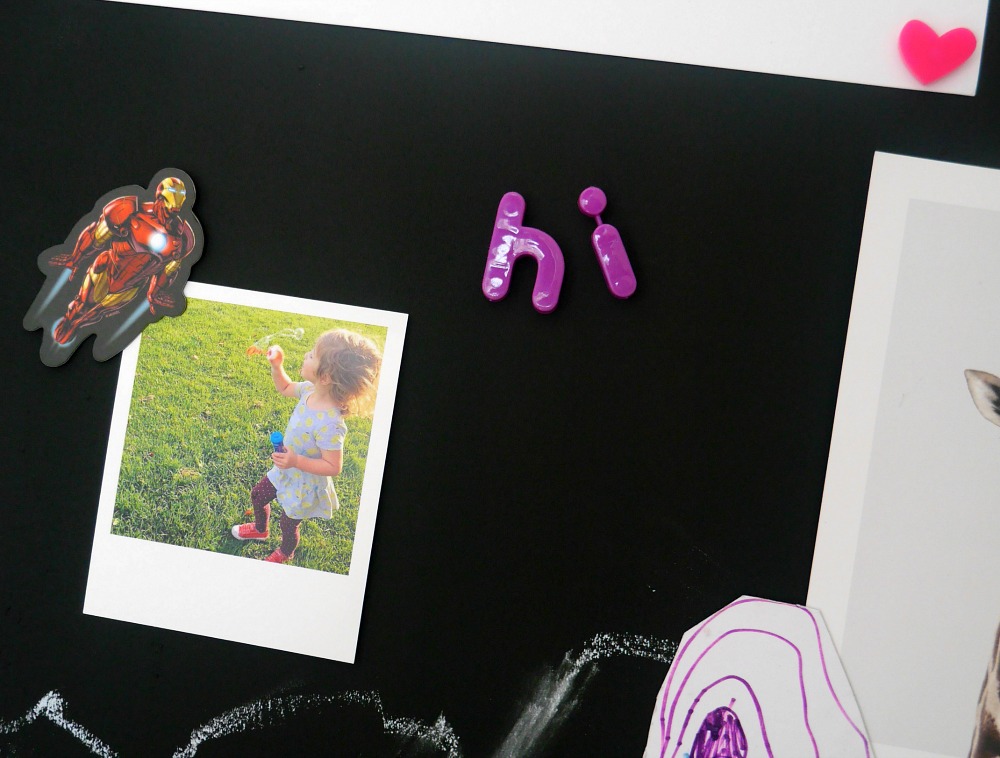 The wild world and giraffe prints are from Desenio (review coming soon) and the magnets, photos and bunting are from various places including HEMA, Tiger and our local toy shop.

We were sent two tins of the Johnstone’s magnetic paint, which cost around £15 each. You can also read my posts on making a felt ball garland…and the things Kirstie and Phil don’t tell you about children and building work