The 3rd Trimester: What No-one Tells You About Pregnancy

The 3rd Trimester – What No-one Ever Tells You

Welcome to the 3rd Trimester! Here are all the things about pregnancy no-one ever tells you about the third trimester. 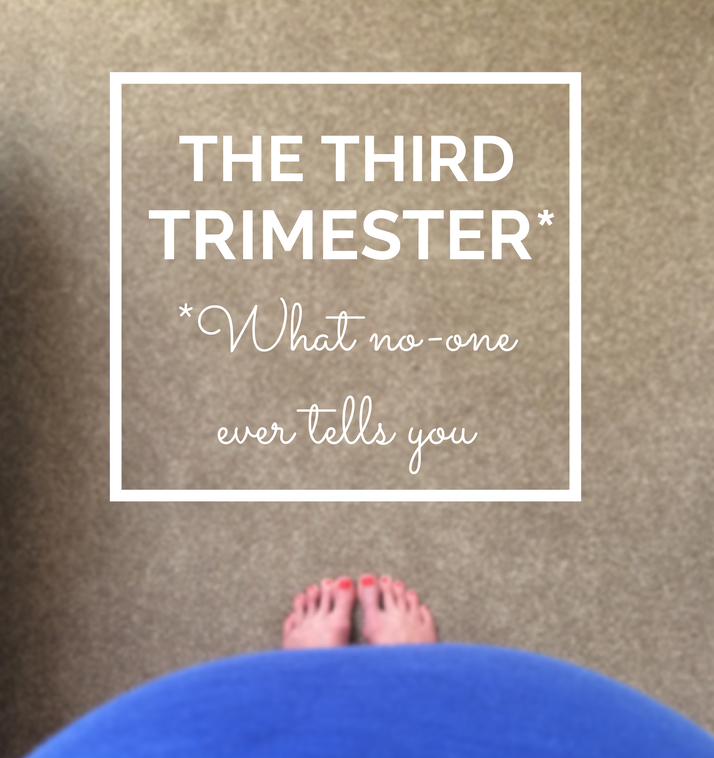 Welcome To The Third Trimester

I’ve said it before, but pregnancy is really not a glamorous time, is it?  And this is never truer than the later stages. I’m not sure when it happens, but at one point you’re strolling happily along the second trimester, then all of a sudden you hit 30 weeks and wham – you’re just about to give birth. And boy, does your body know it. There’s a tipping point, and it’s usually you (with a weighty front load and absolutely no balance).

I wrote a few months ago about the things no-one tells you about pregnancy, and realised recently – while not being able to walk properly due to a baby head wedged in my pelvis – that there’s a whole new set for the final couple of months.

So say farewell to your feet; here are the agonies and indignities of the third trimester.

The Advantages of Late Stage Pregnancy

However, late stage pregnancy has its advantages. No-one’s in any doubt about your baby on board status on public transport. You can usually command a snack on demand. And it’s a useful bargaining tool. Trying to sort out the non-delivery of our sofas last week, I mentioned that I was nine months pregnant and couldn’t possibly sit on the floor. The sofas arrived shortly after. I’m just hoping that my waters don’t break on them.