36 weeks pregnant…what’s happening with the baby? 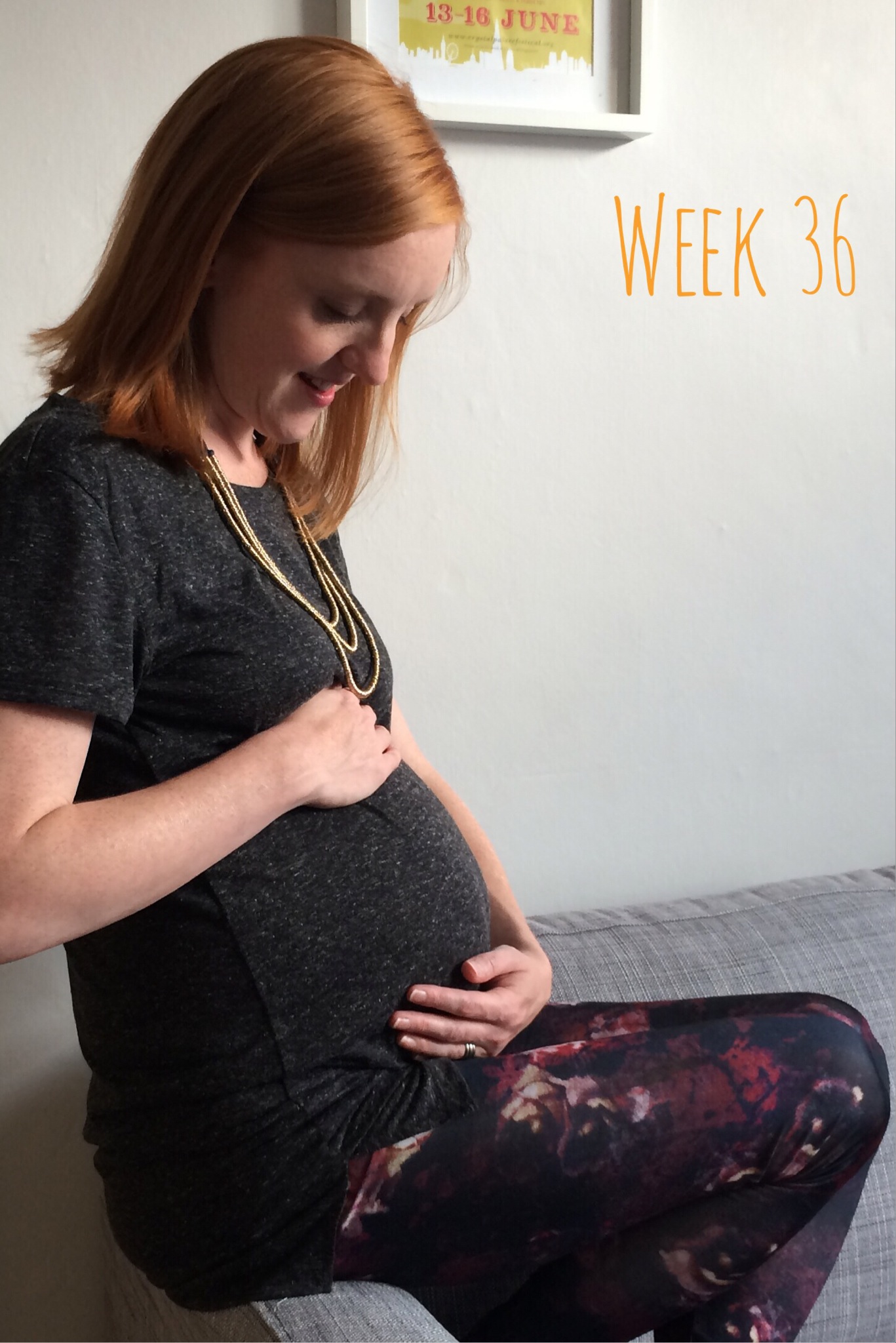 Does being pregnant make bad days worse, or do they just seem worse because you’re already balancing precariously on the high hormonal tightrope of pregnancy?

I’m not sure, but in the interests of sharing my pain, here’s the top three most ridiculous things I’ve done this time round. Baby brain? You decide:

3) Attempted to make our way to a hospital appointment that involved an epic walk-bus-long bus journey-walk trek. After waiting 20 minutes for first bus, then 40 minutes for the second, in the rain, with a pram-refusing toddler, I admitted defeat and went home. On calling the hospital to apologise, the receptionist pointed out that the appointment was actually for the month after. “Let me guess” she said. “Are you pregnant?”

2) We went up to Sheffield recently. Eliza and I were due to go up on the Friday, Alex on the Saturday. My organised husband ordered the tickets in advance, then apparently told me three times that mine was out on the side, not in the postage envelope. But I only realised just before arriving at the station that the ones I had in the envelope in my hand were for the Saturday. Alex had to take an early lunch break to meet us and pick his ticket up. And I had to pay £70 to buy a new one.

And 1), which happened this week. We went to the shop for food. Came home. Two hours later I went to make lunch but couldn’t find any of the food we’d bought. After searching the whole house and not finding it, I realised this was because I’d actually left all the food in the bag on the self checkout. I have no idea how. The lady in the shop was very sweet about it, telling me “You’re not the first, love, and I bet you won’t be the last.” Cringe, though.

I do think some days are just bad days though, aren’t they? On the food-leaving day, the baby’s head was so far down with so much pressure that I couldn’t really walk brilliantly, so going back to the shop was a bit of a challenge in more ways than one. It’s also challenging when you’re tired and have an endlessly energetic toddler who doesn’t cope when you’re not in their eyesight. And the head/ pressure made me convinced that that baby would come early, which actually panicked me into getting things ready, Which is probably a good thing, with hindsight.

I wrote a post a while ago about ways to turn a bad day back around. I should really take some advice from that, shouldn’t I?

ANYWAY, here’s a couple of things that have been cheering me up in the past week of being 36 weeks pregnant: 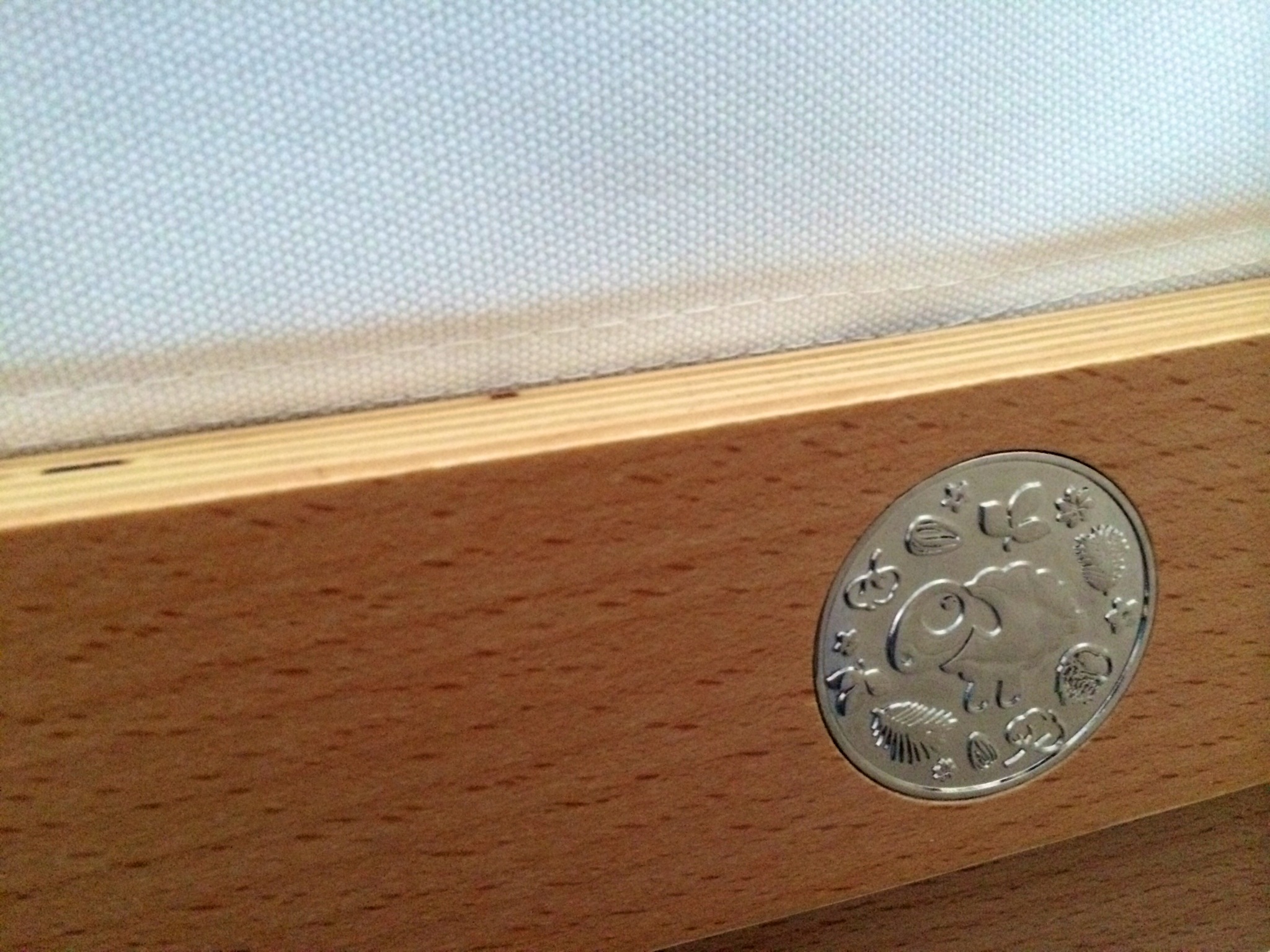 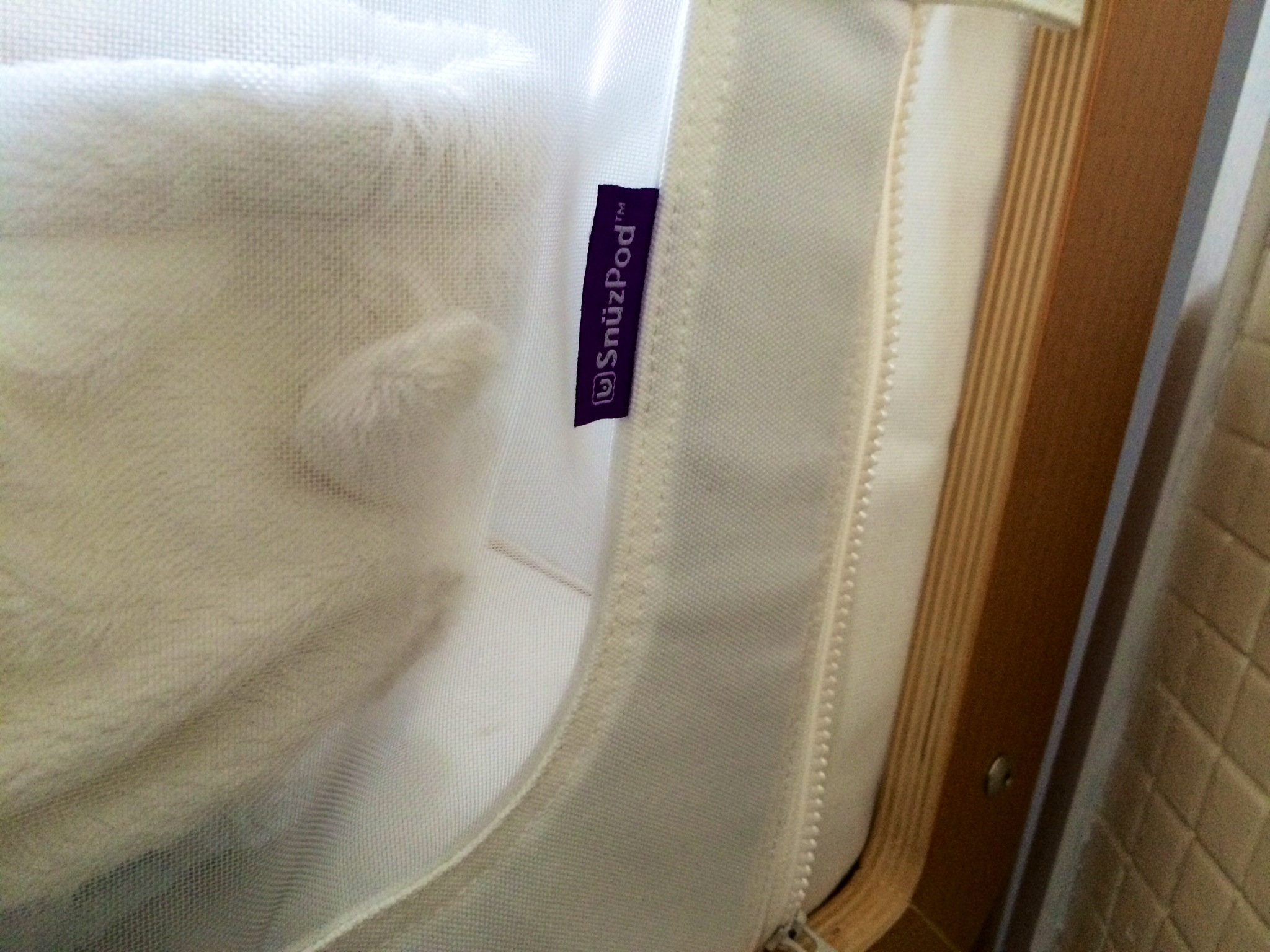 As part of my panic about the baby arriving early, I made Alex put together the SnuzPod bedside crib we’ll be reviewing. At 10pm in the evening after he’d had a long day at work.

It was pretty easy to assemble, but there were one or two difficult moments with inserting wooden poles into fabric tubes which are very tightly sewn together. Probably not a good idea to do at 10pm when you’re both tired. But it’s up now; ready for a newborn occupant in the next few weeks. It looks fantastic too.

We were also sent a set of the lovely Little Green Sheep organic bedding, but knowing the rate at which babies go through sheets – usually at 3am -I’ve been on the lookout for extra baby bed linen. I managed to find exactly what I wanted – some printed organic sheets from Quick Brown Fox. I know you don’t need printed sheets, but it’s the kind of small thing that makes a difference, isn’t it?

You can read my SnuzPod review here…

Seeing the midwife at 36 weeks pregnant

At 36 weeks pregnant I saw the midwife again. She was the usual one at my surgery, but due to random factors it was only the second time I’ve seen her. But she was absolutely brilliant – funny, pragmatic, reassuring. Whereas the midwife two weeks before wouldn’t give me a straight answer on anything, this one did. Again, only a small thing, but makes a massive difference.

She also said that in her opinion I wasn’t measuring that small, and despite the head down position, there’s no reason to suggest an early arrival. Thank goodness.

I also finally downloaded a hypnobirthing MP3, got ten minutes into it, then fell asleep. I’m hoping it will work subliminally. Also; totally putting this on next time I wake up at 4am.

Here’s to better weeks. And please tell me some ridiculous things you’ve done because of baby brain?