Nine months of our new house 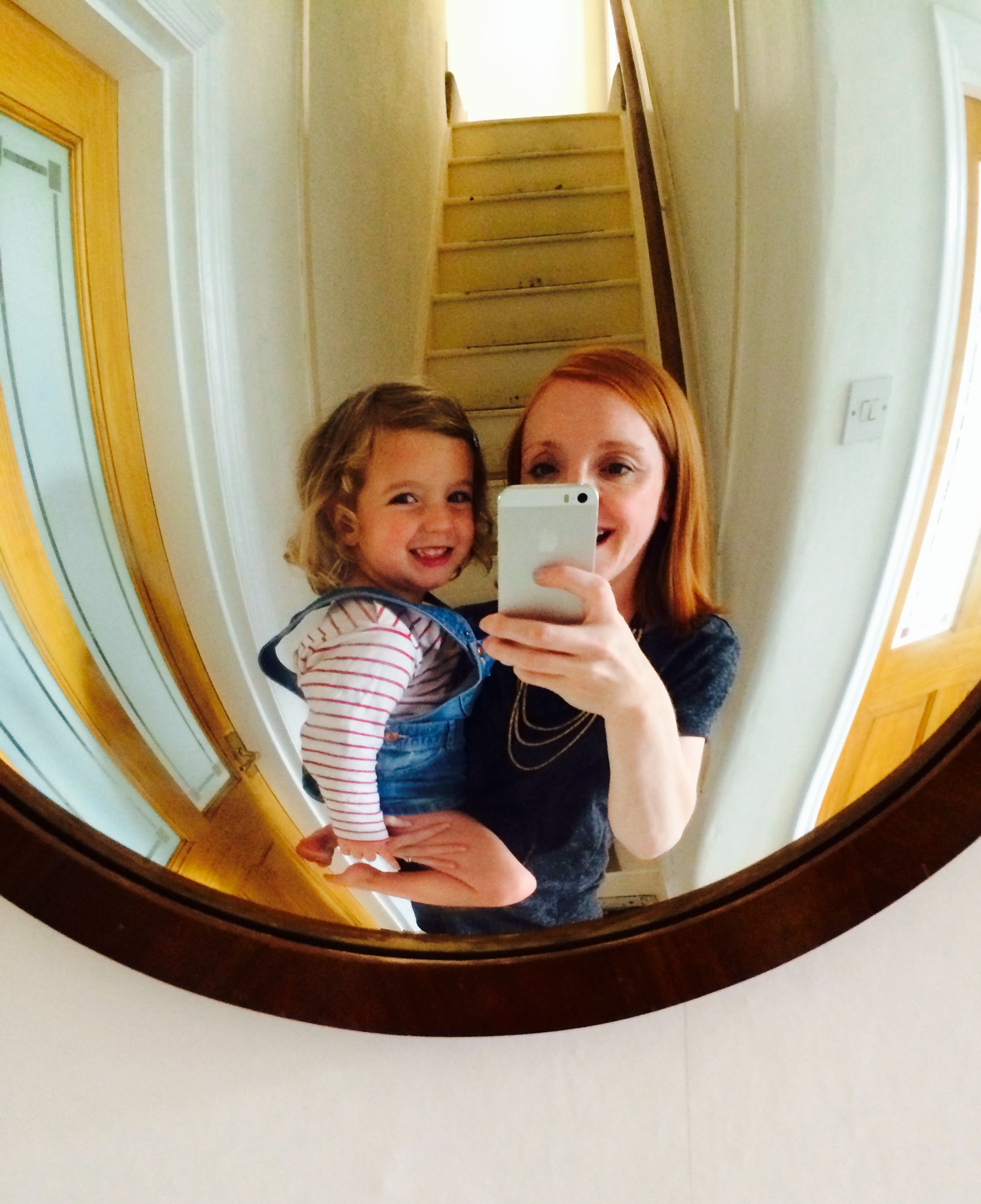 Aha, it’s a blog post about nine months of something that’s not pregnancy (for a change…) But I realised during one of my recent 4am wake-ups that this week marked nine months of us being in our new house. So how are we getting on?

It’s been nine months of living in a chaotic building site, constantly surrounded by workmen, piles of rubble and tools…OK, so a slight exaggeration, but it has felt like that at times. Especially during the dreaded weeks and weeks of no bathroom. There’s been a lot of work and we are still finding building dust everywhere. I did mean to update more as we went along, which I’ve been pretty rubbish at really.  Even the big news went unreported – that red fireplace of doom is now off-white and looks at least a million times better.

But after this nine months of building gestation we finally seem to be reaching full term. Despite all the work we’ve done and had done – everything from the survey, structural work, scaffolding, roof fixing, putting a downstairs loo in, bathroom and kitchen being ripped out and redone, taking all the millions of cupboards and bizarre built-in woodwork out, replacing downstairs windows, fixing the upstairs ones, doing the front and back garden, taking out the 70’s fireplaces, exposing lots of brick, my one-woman war against the woodchip, decorating, painting, painting some more and wallpapering – it’s only really started to feel like we’ve turned a corner in the past few weeks. This is mainly to a lot of parental DIY, wallpapering, painting, help and trips to the tip we are eternally grateful for (adding pregnancy into the toddler mix has made things occasionally tricky).

We now have a finished bathroom and kitchen, more rooms done than not, new carpets instead of floorboards, wallpaper, pictures on the wall in the right place *gasp*. It’s started to feel like a proper, lovely home we actually like living in.

There’s still some work to be done – the stairs, sanding floors, various odds and ends – but at the moment I’m all about the final push to decorate the dining / playroom before the baby arrives. I know the baby won’t care what it’s like, but on those bad days when we’re stuck inside the house and everyone’s crying including me, I’d quite like to have cosy surroundings.

So in leiu of a proper update, here’s some Instagram / iPhone snapshots of my favourite things that have recently gone on the wall: 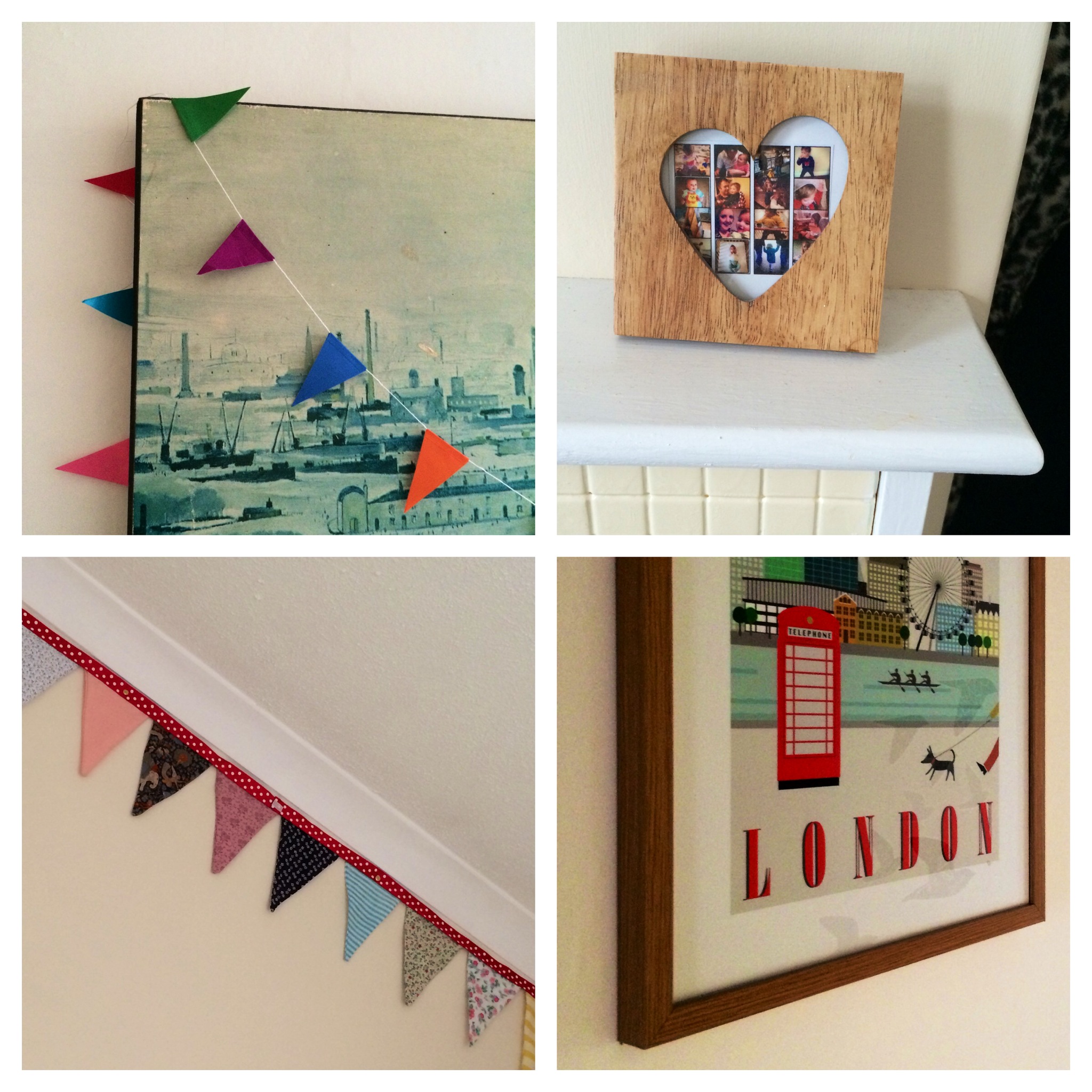 From top left, downstairs hall which was completely de-woodchipped. It’s lined but we’re still picking wallpaper. This is the Lowry print that used to live in my house when I was growing up / the top of the red fireplace, now not so red / upstairs landing, minus woodchip – my personal victory, now with carpet and pictures / Eliza’s baby bunting – me and my mum made this last time I was pregnant out of old favourite clothes and pieces of material. 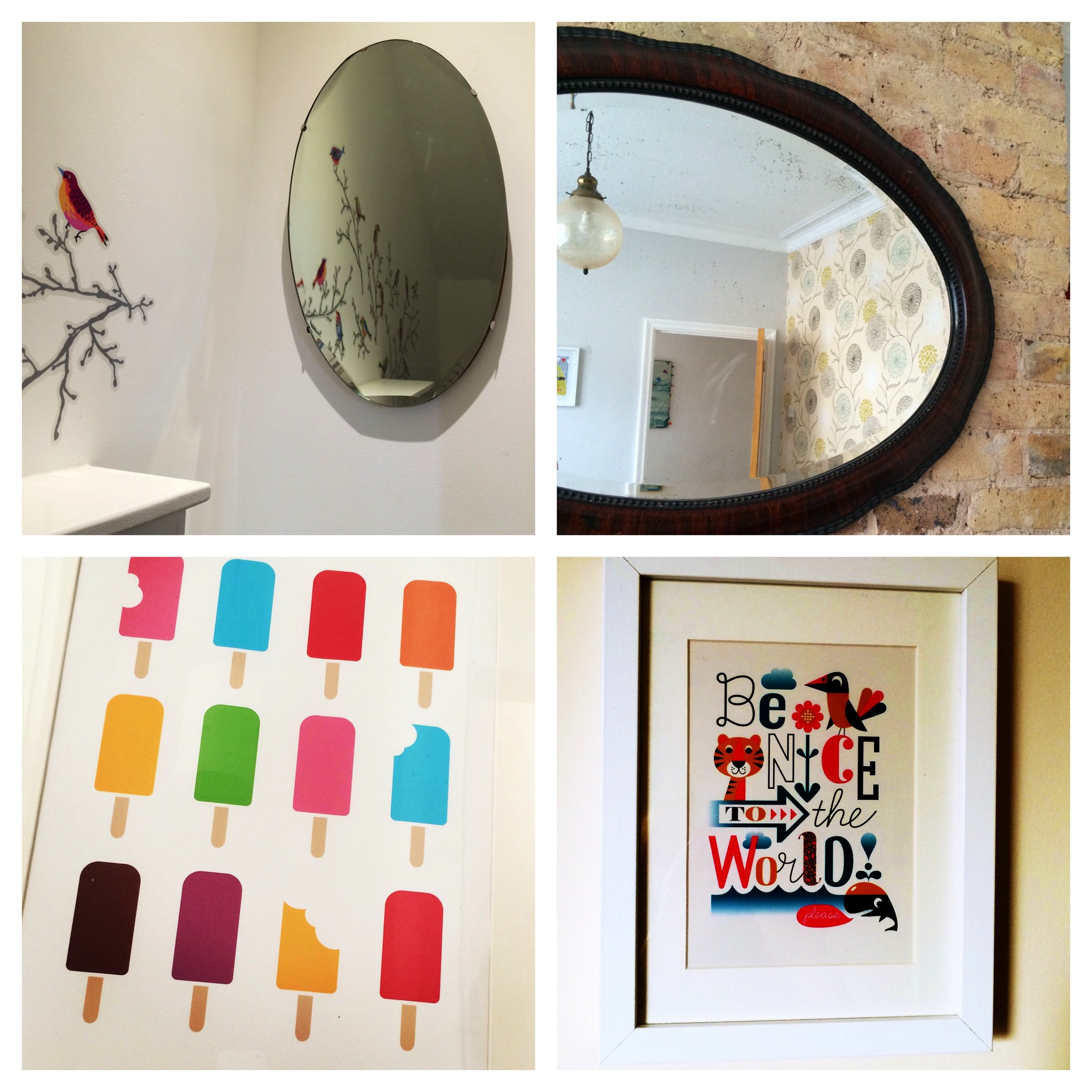 From top left, bathroom mirror from a vintage shop in Bournemouth, plus birds on the wall, all called Peter according to my daughter / living room wallpaper, and what used to be a hideous 1970’s gas fire (Alex’s parents ripped it out then the builder exposed the brick) / Eliza’s pictures are finally up / Ice lollies!