Dining with dinosaurs at The Natural History Museum

You can’t really argue that the Natural History Museum is one of the best London museums for children and adults (although it’s on a long list with our other favourites including The Science Museum, The Horniman Museum…oh and *way* too many to list). 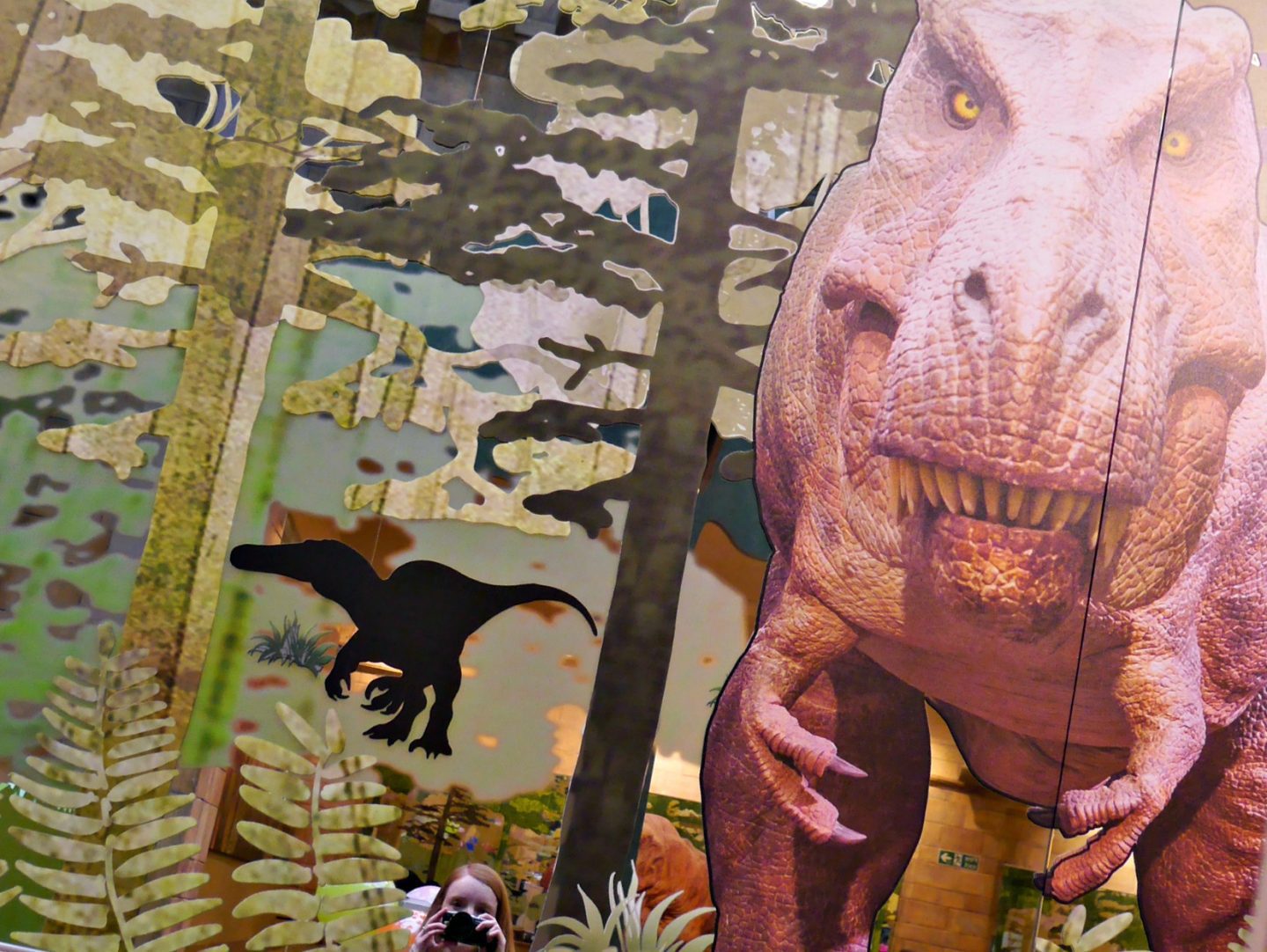 I loved the Natural History Museum when I was younger and my children love it too; there’s dinosaurs and now a whole herd of childhood nostalgia. 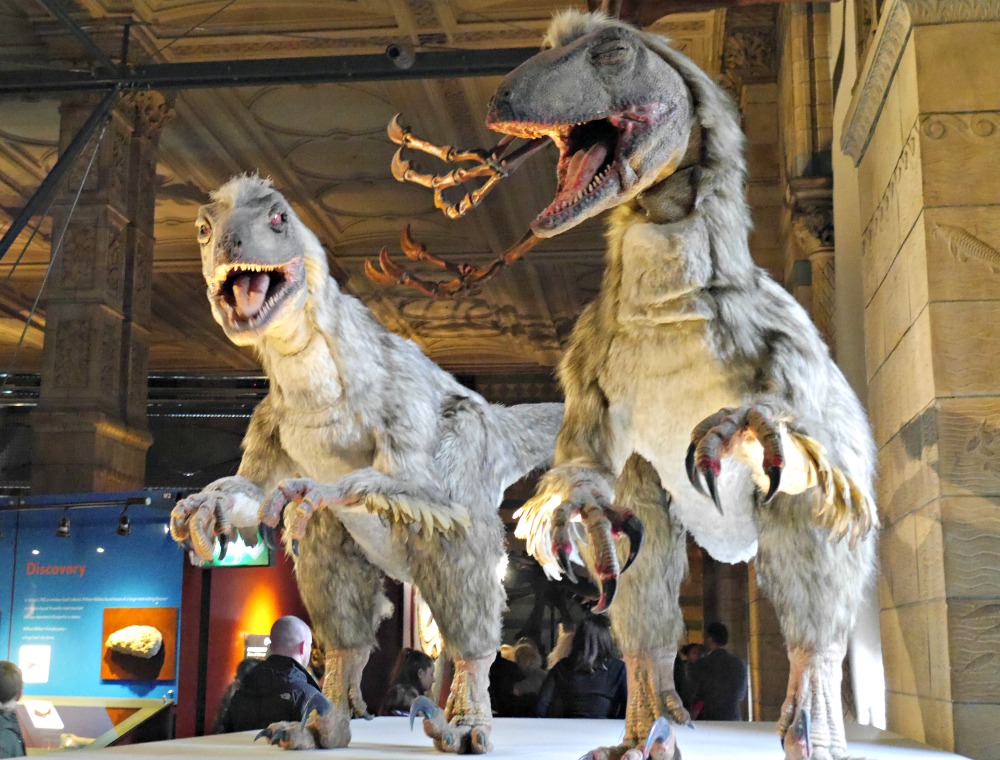 Although the museum’s most famous resident is currently off on tour there are still dinos-aplenty and all the other usual exhibitions, as well as E’s favourite, the earthquake simulator.

There’s also the brand new T Rex Grill, the dinosaur themed restaurant in the museum, which we headed over to try out a few weeks ago. It’s been given a prehistoric twist with dino decorations and a new menu from Benugo. 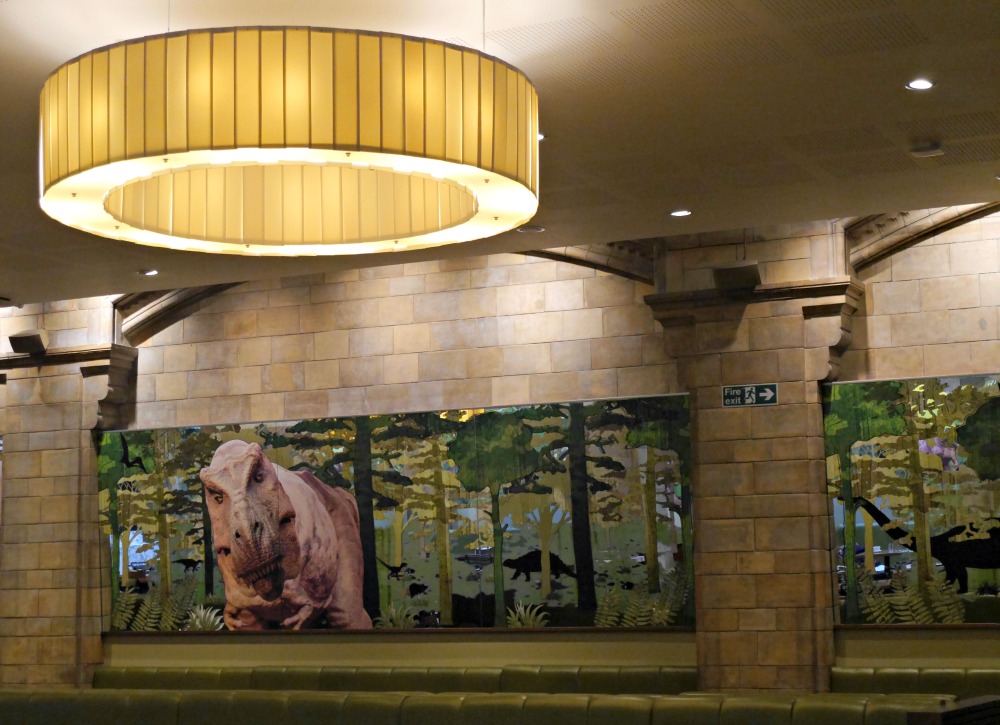 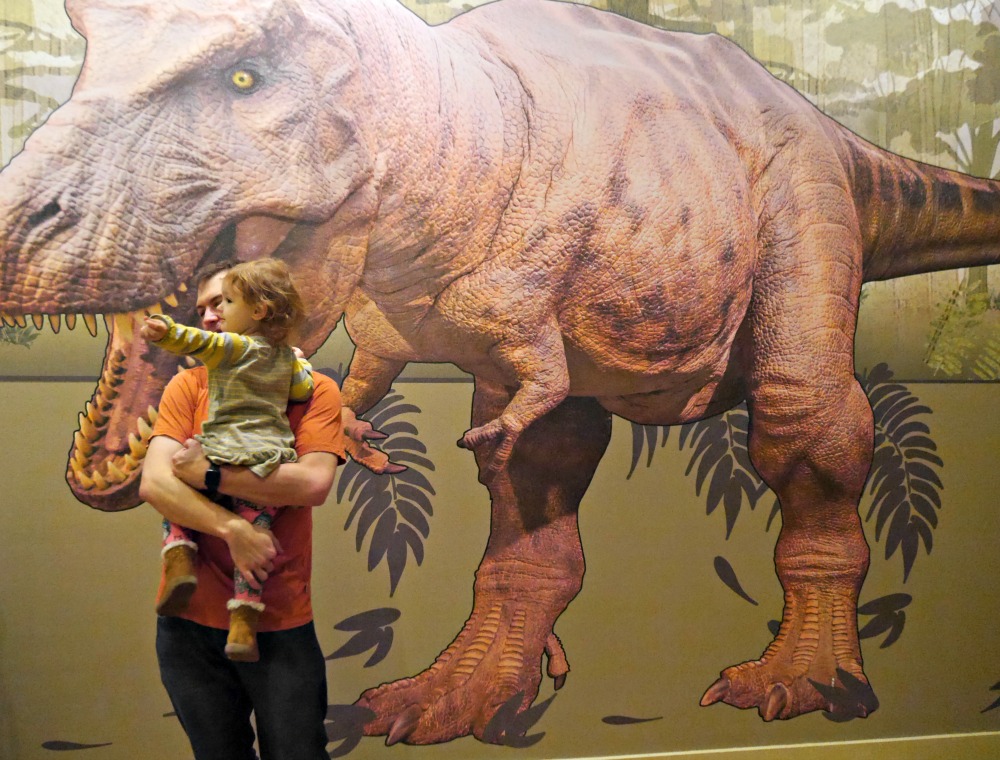 Adults mains are around £10 – £15 so it’s not the cheapest lunch, although you are in central London and a major tourist location. And the children’s menu has an £8 meal deal, which is on a par with Pizza Express.

The food is also really good (I had the giant T Rex burger and everyone else had, predictably, pizza). 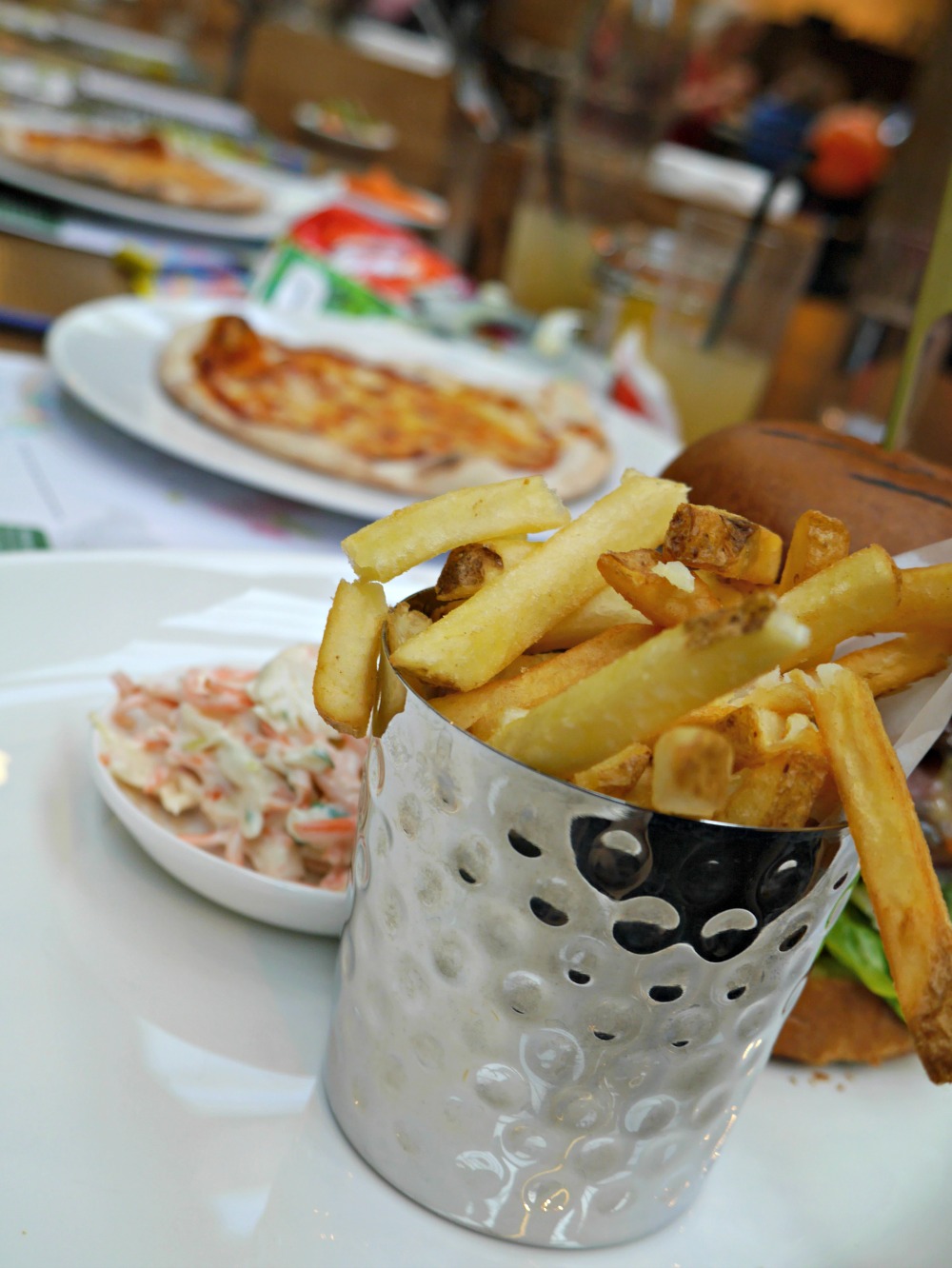 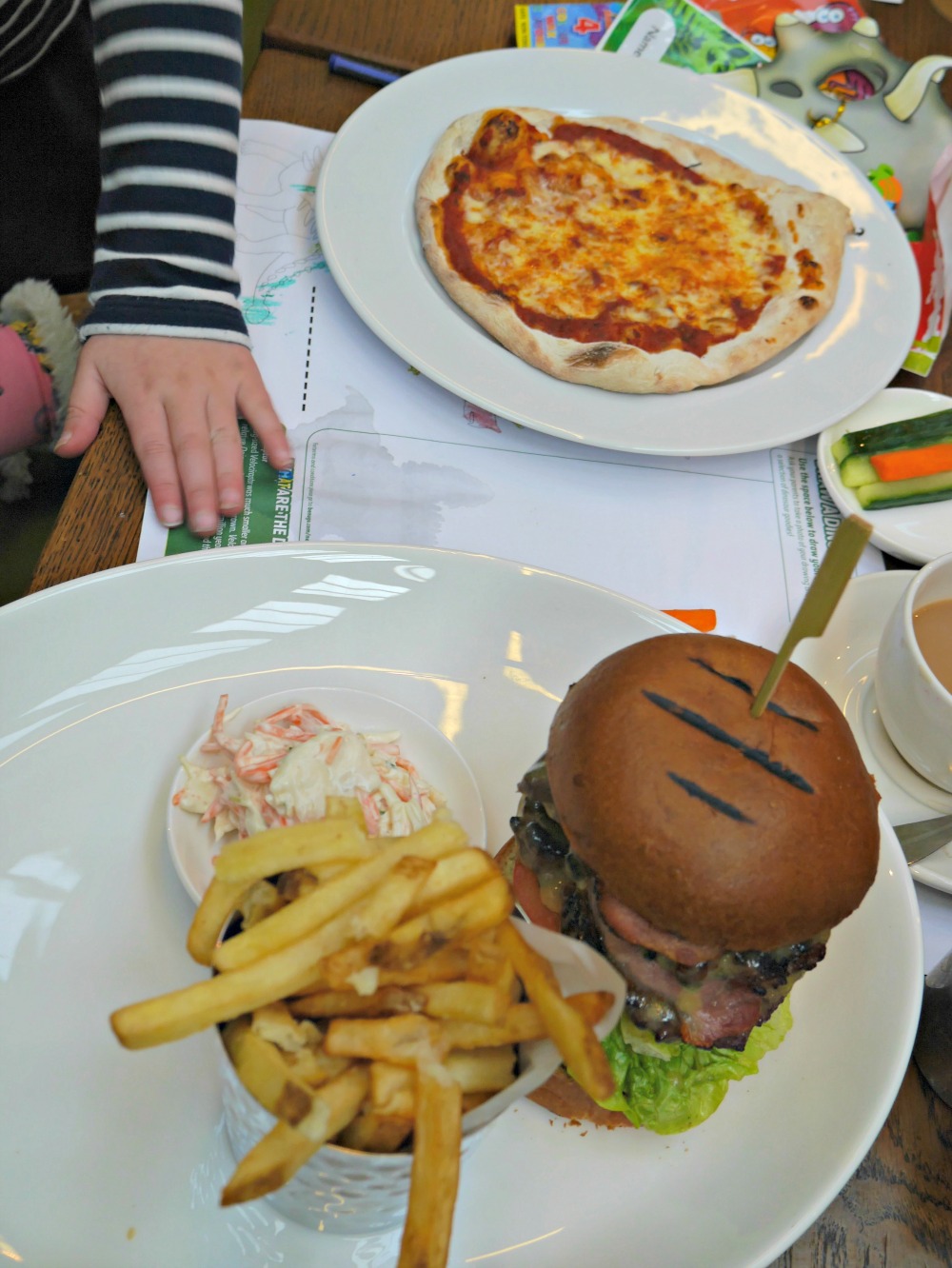 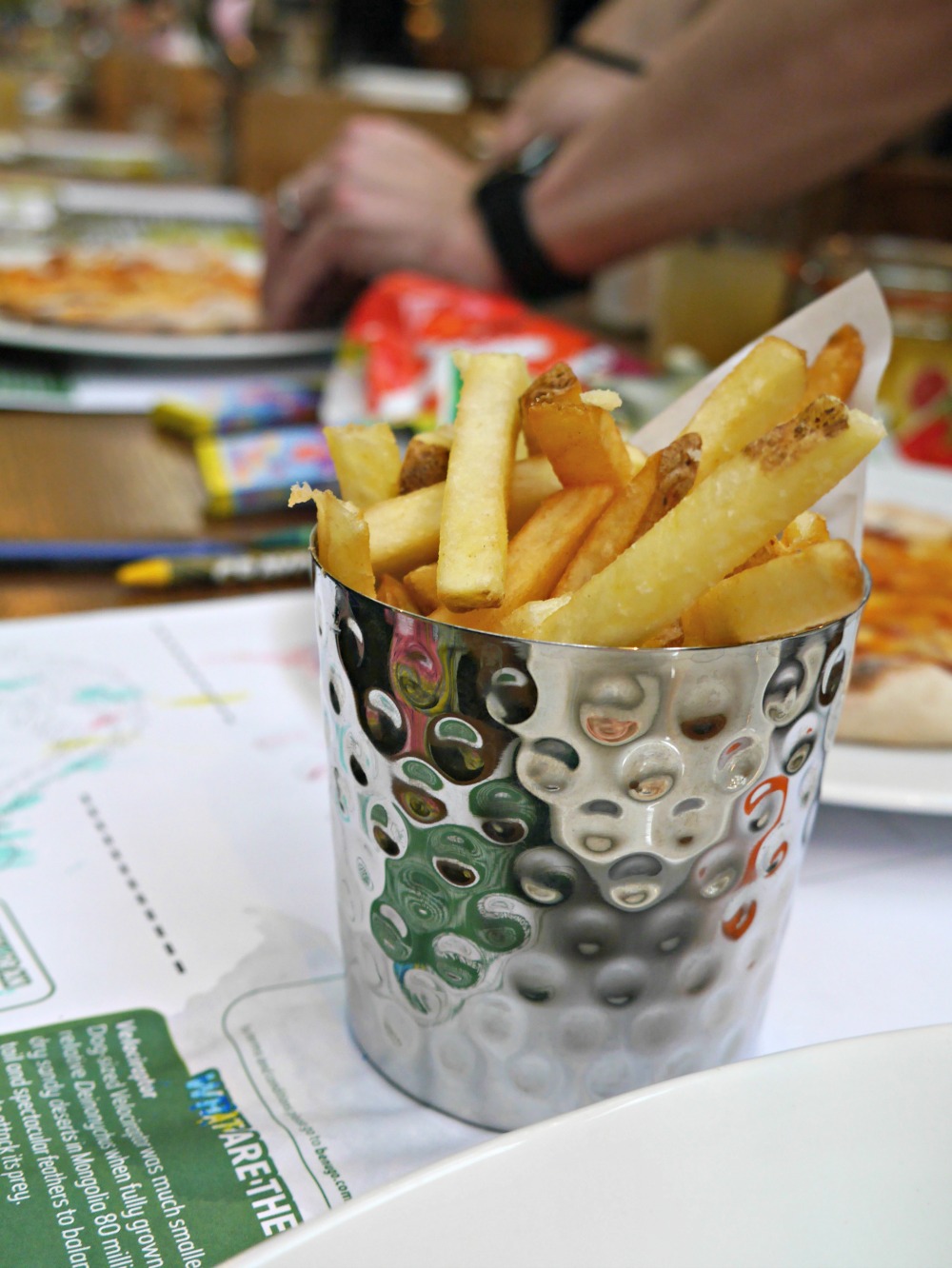 The puddings are also great; the ice cream even comes with chocolate dinosaurs and dinosaur eggs (although the grown-ups had the chocolate lava cake). 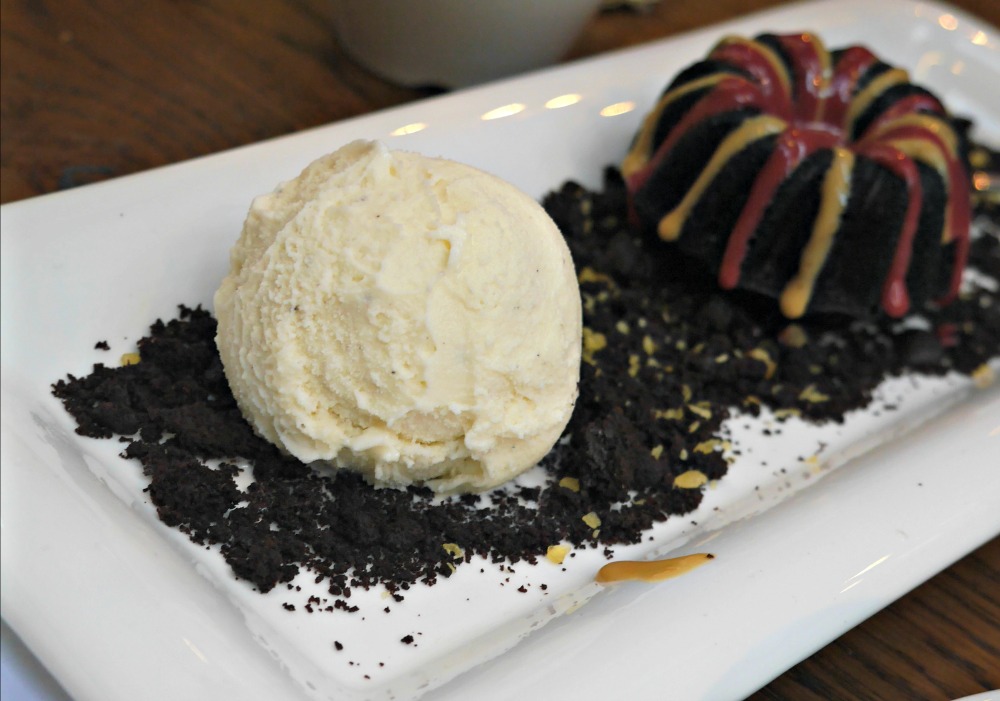 One of the many ways London changes when you’re a parent is that it becomes less about places to entertain you – mostly involving alcohol – and more about keeping your children occupied. The best places are those that do both. And somewhere like the T Rex Grill and the Natural History Museum, where you can get good food in the process, is a massive bonus (P.S. – there’s also a wine list).

Thanks to the T Rex Grill for inviting us to try out the menu. More London posts…our favourite London parks, how to use public transport in London with a pram and how to get a baby on board badge