Plus seven months: it gets easier…? 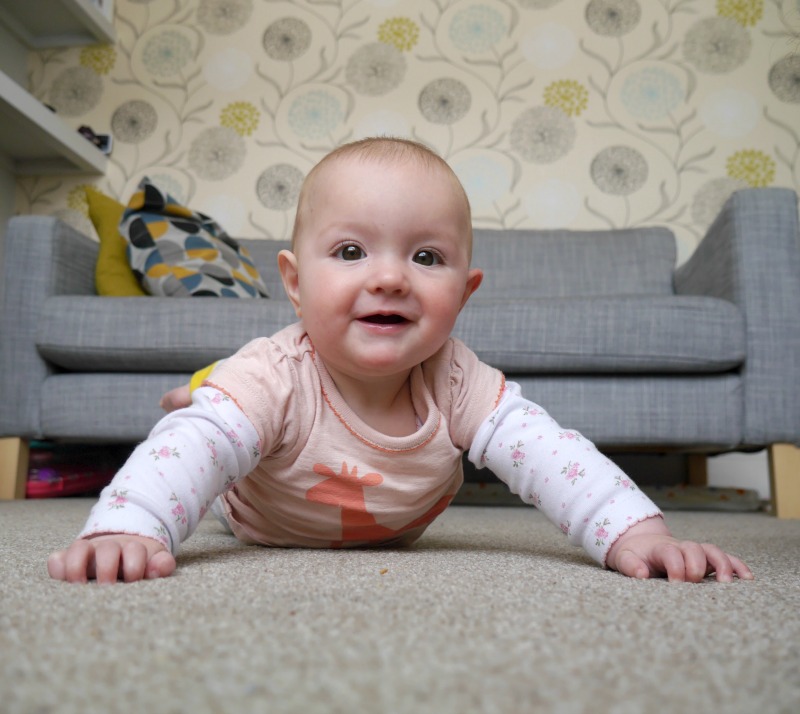 One of those parenting ‘things’ people always talk about is at what point it – as in general, parenting, mum and dad life – gets slightly easier. In the park recently with some friends we’d not seen since we all had babies, we were talking about when toddlers go from being just walking, newly curious and hard-to-contain bolters, to pre-schoolers who actually want to sit, chat and play. And you know what? I couldn’t remember, as it’s such a gradual thing, isn’t it? It’s tiny, baby steps that over time, add up to a marathon.

With babies, I know everyone said ‘it gets easier’ to  us first-time about three months, and lots of people said it to me about six months with two. And somewhere at around the end of last month and the start of this one it suddenly did get a lot easier. Mainly because, look, two hands! *Jazz hands.* As soon as Florence started crawling around she was off, and not having to hold her all the time does make doing most things much less tricky.

On the flip side though, it means she doesn’t want to be contained for very long, and I’d forgotten about that pre-walking stage when it’s tricky to go to places where you can’t put them down, and then you’re at the just walking, newly curious and hard-to-contain bolter stage, and it never stops really does it? So it gets easier, but then other things are a challenge. It’s baby swings and roundabouts all the way.

This month we both left her for the first time for a few hours for a wedding, which went fine (although I had boobs of complete agony, like Dolly Parton crossed with giant boulders). Her sleep is absolutely no better, but she’s weaning like a complete champion who chows down herself on absolutely anything. And she remains a super-smiley bringer of joy.

Things Florence loves: the amazing teapot of things, this weird red Teletubby that just appeared one day, other people’s Sophies’, and, predictably, iPhones and baby wipes. Because, of course.

Florence at plus one month, five months and six months.

And we’re finalists in the MAD Blog Award best pregnancy blog category! Still completely thrilled. Here’s nine reasons to vote for us, and here’s where you can vote for us if you’d like. Thank you! x