Plus five months: no sleep till…Bromley? 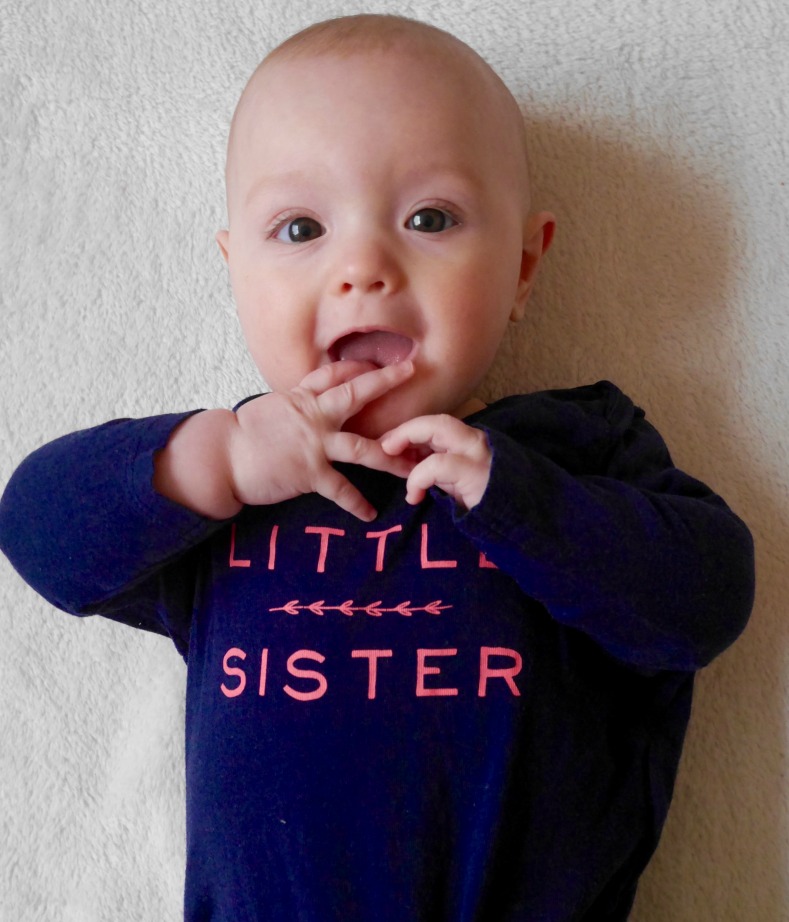 So what’s it like being the mum of a five month old, second time round?

Sisterly fist bump in solidarity for anyone not getting any sleep at the moment; there’s none happening over here. It’s not a massive surprise; I don’t seem to breed sleepers and babies will sleep like, well, babies. It just that wake-up after wake-up does grind you down after a while, doesn’t it?

Apart from that, Florence is an absolute smiley joy of a baby; a complete bundle of deliciously happy, cuddlesome miniature delight.

If we were going to do a teen magazine style barometer about her, we’d say she likes – being held! Doesn’t like – being put down! And she’s already pretty vocal about this. So I’ve had a five month crash course in doing everything either using a sling or one-handed, with a toddler in tow. It can make things tricky, but I think it’s probably her own second child way of demanding attention. So she still sleeps downstairs on one of us in the evenings, we really love our nursery and Netflix days, she co-sleeps in our bed with us (read my SnuzPod review), often along with Eliza – cosy – and we’re not even considering moving her out of our room just yet.

I also still have no hands or no time, judging by the fact I really did mean to write monthly updates four months ago.

So here we are, five months in; already. It seems like we’re just getting to know her but she is already, like her sister, little but fierce in her own unique way.