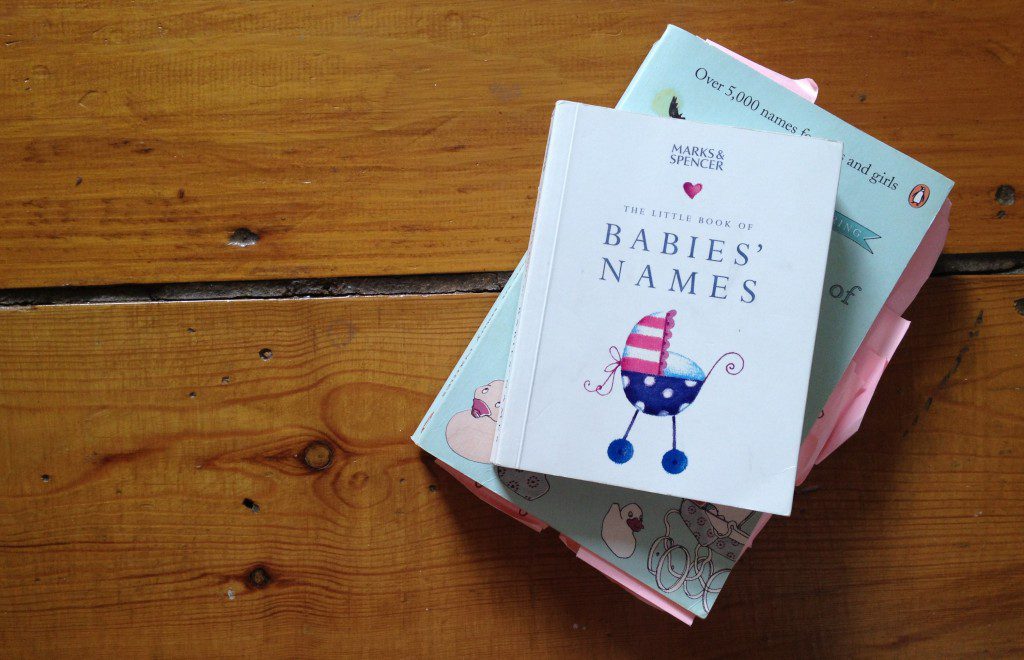 What were the top UK baby names?

What were the top UK baby names and the most popular boys and girls baby names in 2012?

The Office of National Statistics has just released the top 100 figures for last year. The most popular names were

Pointers For Naming Your Baby… 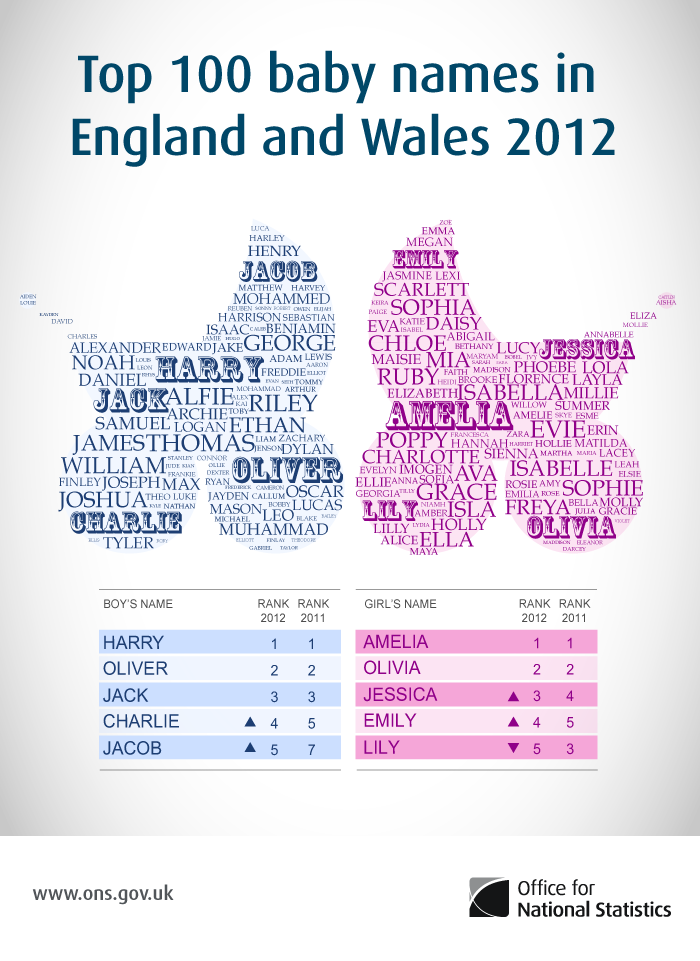 Having had a 2012 baby, I was really interested to see the new stats. Luckily the name Eliza was still outside the top 50 in 2012. There’s a whole other post to be written on how we picked her name – there were many vetoes – but like a lot of parents-to-be we wanted to avoid anything that was top-end-of-the-list popular, and looked for names that were different but not completely weird, could be easily shortened, would suit both a baby and an adult, were classic yet current and not something that would date quickly. But it all changes so fast. Naming is such a personal choice, isn’t it?

You can see the full list of 2012 names here, including the top 100, location split and full lists of top UK baby names.

I spent a lot of time looking at the 2011 stats when I was pregnant, mostly looking for names to avoid (the most interesting bit of this list is always right down at the other end of the scale – where you can see names which were only given a few times. Often there’s some krazily kreative spelling, due to US reality TV stars, no doubt).

If You’re Looking For Baby Names, Read These Posts:

What do you think of the 2012 baby names list, any surprises?