Should Pregnant Women Be Given Seats On Public Transport? The #ExpectingChange Campaign

(Sponsored content) What was your experience of public transport like, when you were pregnant? Did you find people were quick to offer you a seat, or did you suddenly become curiously invisible – despite a very obvious bump? Did you ever pluck up the courage to ask for a seat when you had a baby on board? 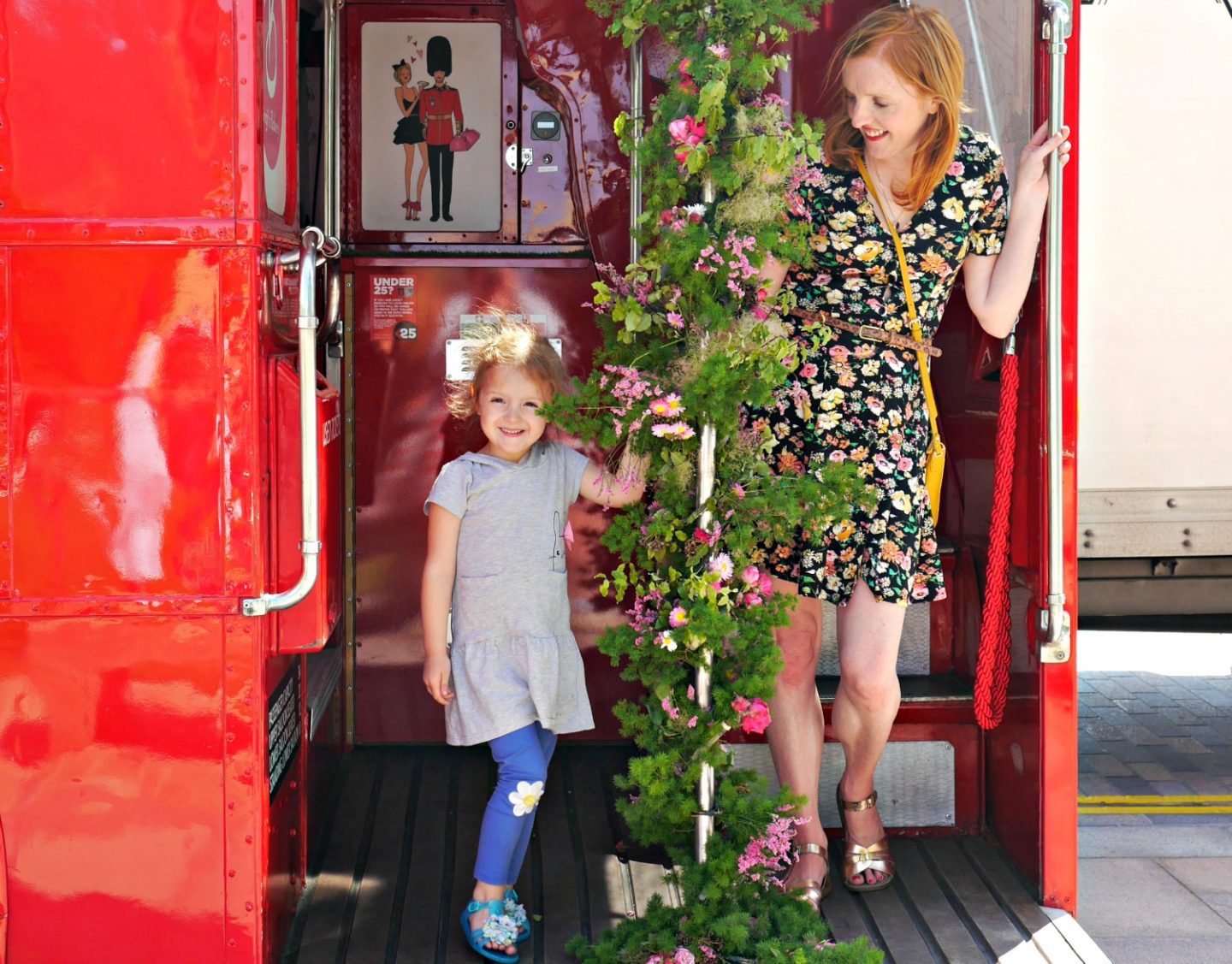 Let’s face it, public transport can be a nightmare at the best of times. It’s hot, cramped and you just want to get to where you’re going as soon as you can, with as little eye contact as humanly possible. If you have disabilities it can be inaccessible and you often have to stand if people don’t see you – to the extent that one woman wants commuters to ‘look up’ to see if anyone disabled needs a seat. And if you’re pregnant, where you could feel completely brilliant, but could also feel exhausted, heavy and uncomfortable, it’s no walk in the park if you don’t have a seat.

Like a lot of people who commute to work or regularly use public transport, my experience was mixed – some positives, when people offered seats, but some horror stories, like when I had to stand for 30 minutes on a packed and delayed train, at 8.5 exhausted months, where everyone suddenly looked the other way. Or many times of getting onto busy packed buses with a big bump and a toddler and no-one moved an inch.  And sadly most mums and pregnant women seem to share similar stories.

Last week we headed over to a very special afternoon tea with a park full of brilliant bloggers, vloggers and influencers for an event with pregnancy skincare brand Mama Mio and Mumsnet, to launch a campaign that will, hopefully, change things for pregnant women moving forward. 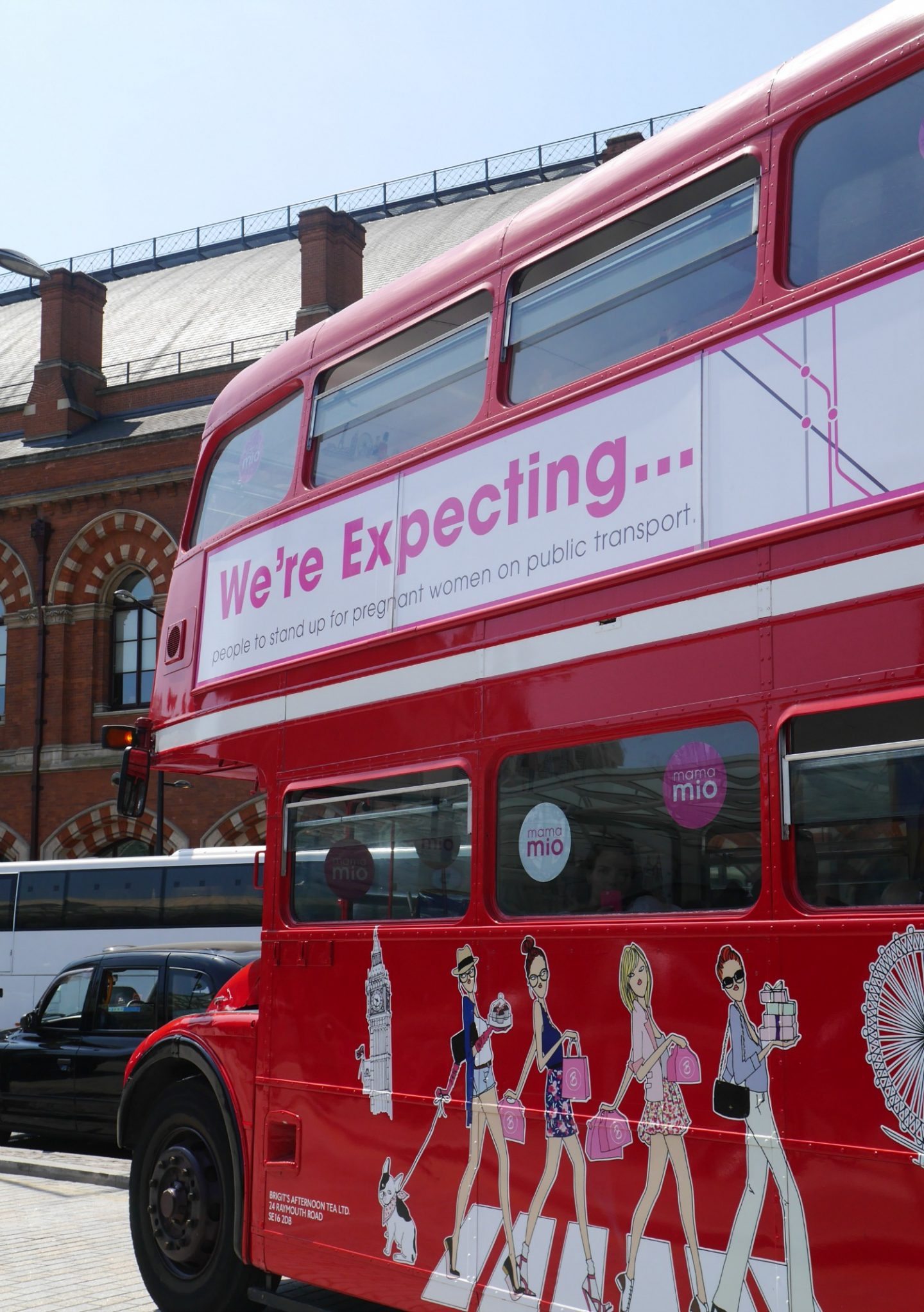 Mama Mio believe that all expectant mums should have the right to a seat on public transport, if they want it, hence the launch of their #ExpectingChange campaign, to provide a platform to discuss public transport etiquette, encouraging people to offer their seats to pregnant women and empowering expectant mums to ask for a seat should they wish. 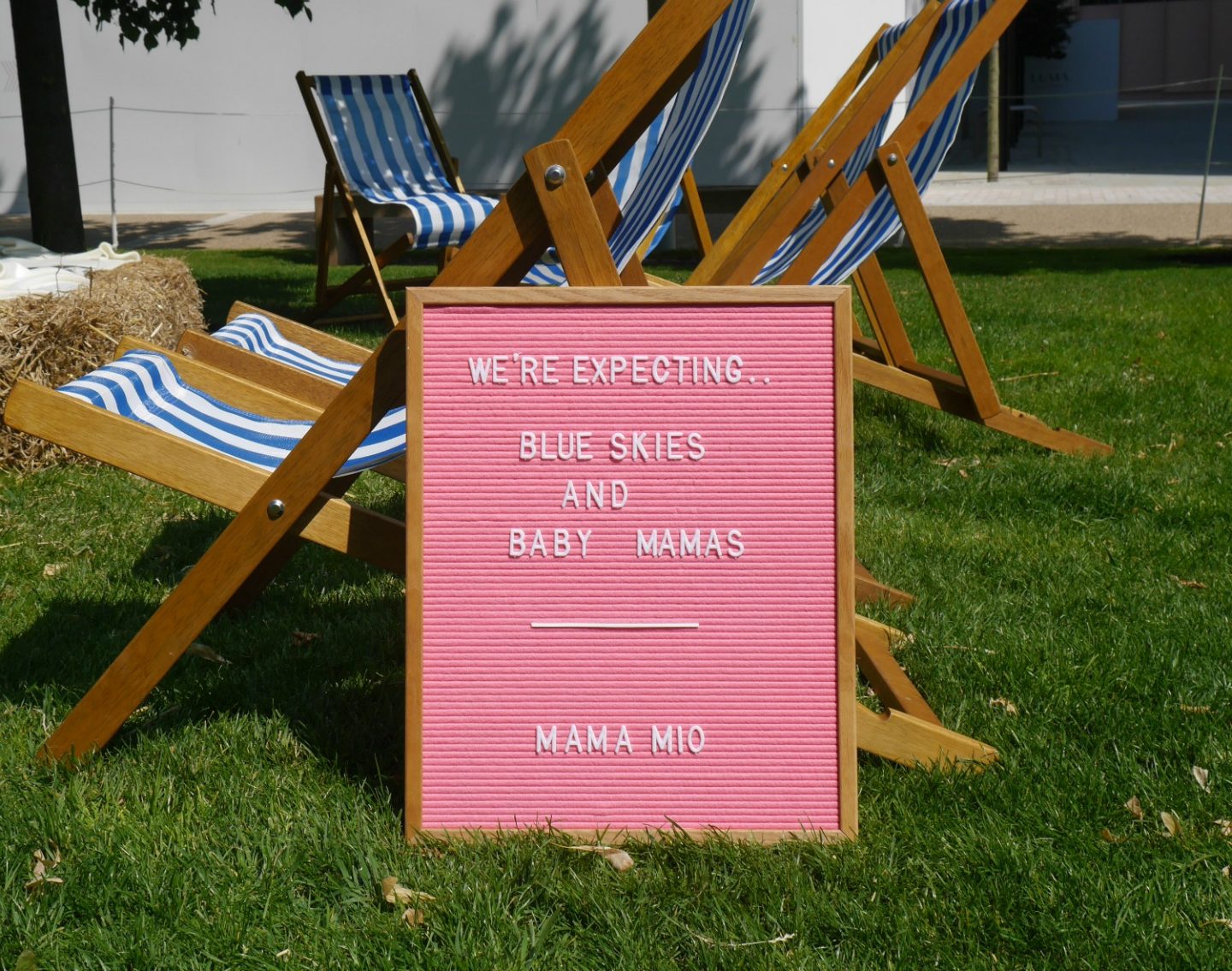 It’s easy to blame the lack of seat-offering on tube tunnel vision, people in seats being engrossed in the free papers or their phones, or being scared to offend people they’re not entirely sure are pregnant. However, Mama Mio’s research found this isn’t always the case and only 60% of people believe it’s necessary to give up a seat for a pregnant woman on public transport and only 2% of people think women need seats in the first trimester. 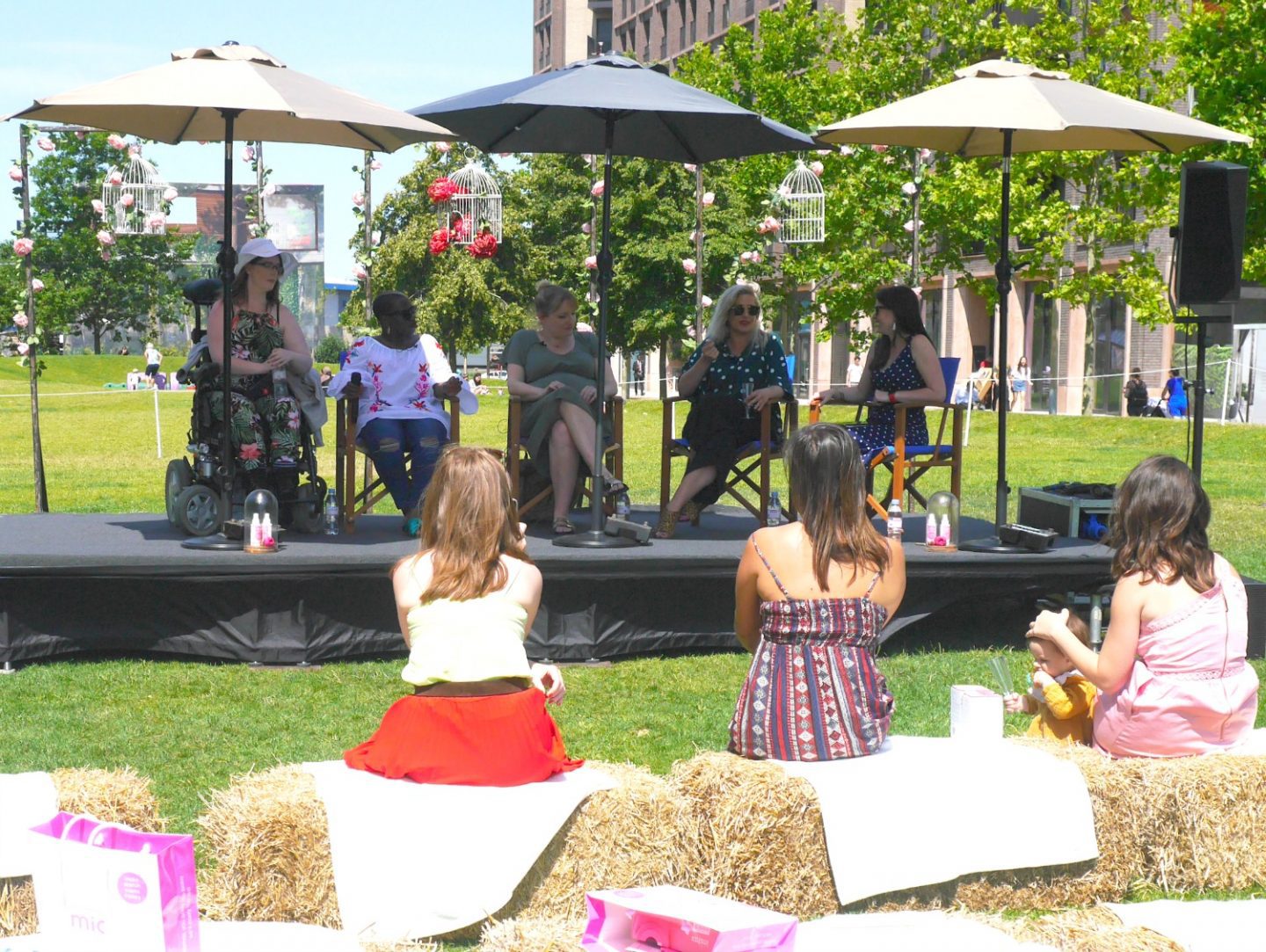 One of the things that really stuck out for me is when Anna mentioned that it was pointed out to her that having a seat is to protect your baby – you might be dizzy and off-balance, trains and buses can stop suddenly and you might fall over. So it’s much safer for your baby if you’re sitting.

I asked for people’s experiences, and here are the results:

My blog was named after the ‘Baby on Board’ badges given to pregnant women on public transport (here’s how to get a baby on board badge, if you want one) and it’s a topic I’ve written about before. However, following the Mama Mio event I asked on my Instagram account for people’s experiences, and here are some of the key themes that people mentioned:

Everyone has a public transport pregnancy horror story: It’s depressingly familiar. Only one person had an overwhelmingly positive experience of people offering seats (which is great – and should be the same for everyone!)

People don’t like to ask for a seat: I never did! I felt too embarrassed to speak up. However, a couple of people mentioned that they’d asked and people said no, or were shamed by other passengers for asking. How horrible?

Don’t forget about second-time mums! One thing that came up a few times, that I experienced too, was that people seemed more reluctant to offer seats to pregnant women with other children. It’s as if they think you can cope, despite your need probably being greater (you’re balancing you, your other child and in all likelihood, you’re far more tired second-time with no naps on demand or any of that first-time pregnant luxury!).

You still need the seat when you’ve had the baby: The seat offering – however limited – stops once you’ve had the baby. But you still might have the need for a seat – to feed the baby, hold them if they’re crying, or just because it’s trickier to balance with a baby carrier.

And you still need it when you have a toddler! It’s very rare for people to offer seats to children, but they are often less steady on their feet and not yet able to judge when the train will brake. I’m often physically carrying Florence, which makes for a tricky train balancing act. 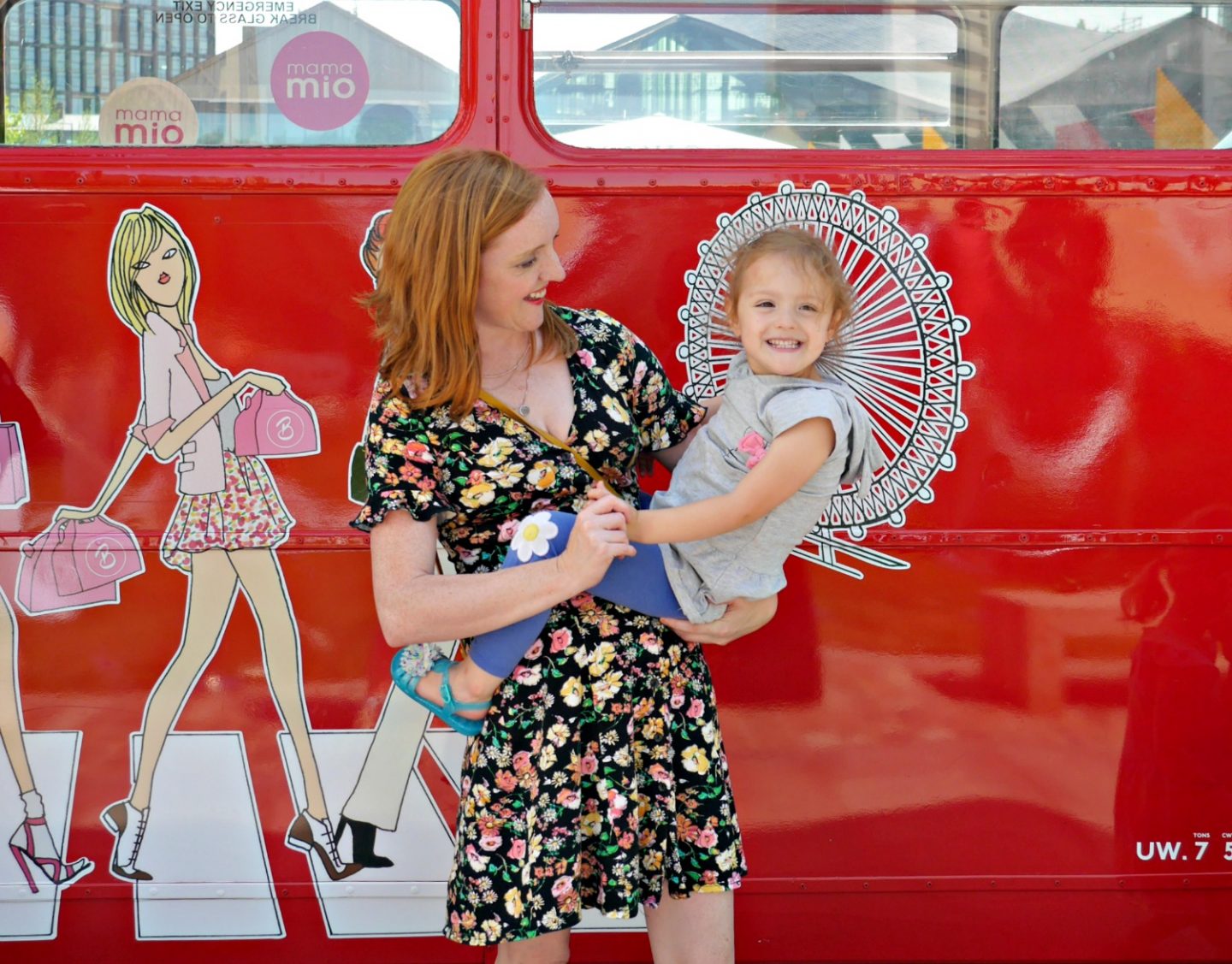 What do you think of the campaign? I think it’s fantastic and that all people who need seats should be given to them, and hopefully talking about this will make people more aware. But for starters, let’s make sure we watch out for people who need seats, and if  our need is lesser, offer them up to help people who would benefit more. 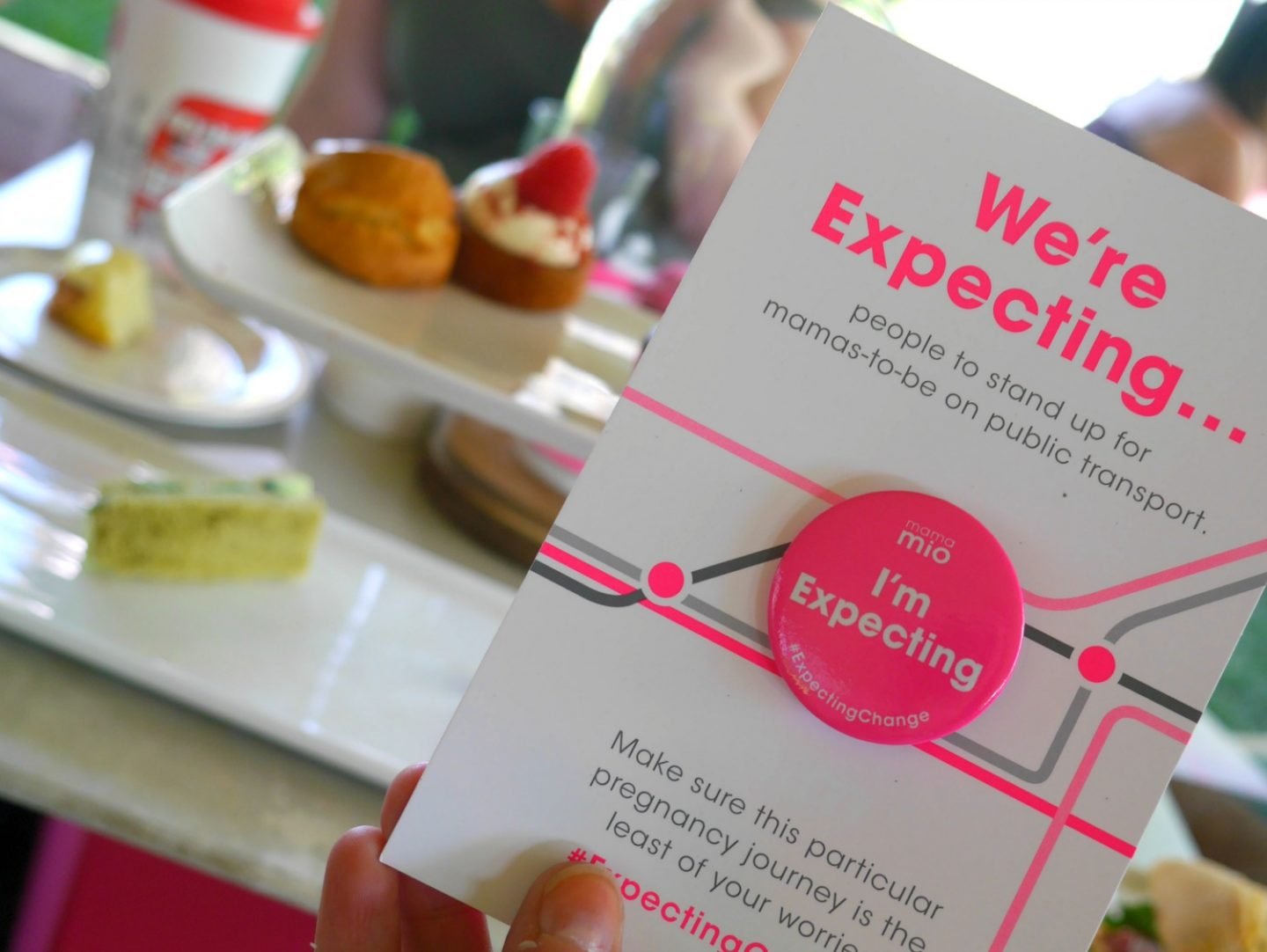 Thanks to Mama Mio and Mumsnet for working with us on this post…leave a comment and let me know what your experiences were like – were you given seats, or did people ignore you? Did you ever ask? I’d love to know! Here are some tips on using public transport with a pram