Why we joined the Women’s March Anti-Trump protest

Last Friday Florence and I headed into London to take part in the Women’s March Bring the Noise protest that took place during the US president’s visit to the UK. We had a banner, we had a flag, we had many, many snacks, and we joined nearly 250,000 people* who marched through the streets of London on that day.

(*Quite possibly, she was the only one dressed as a cat though) 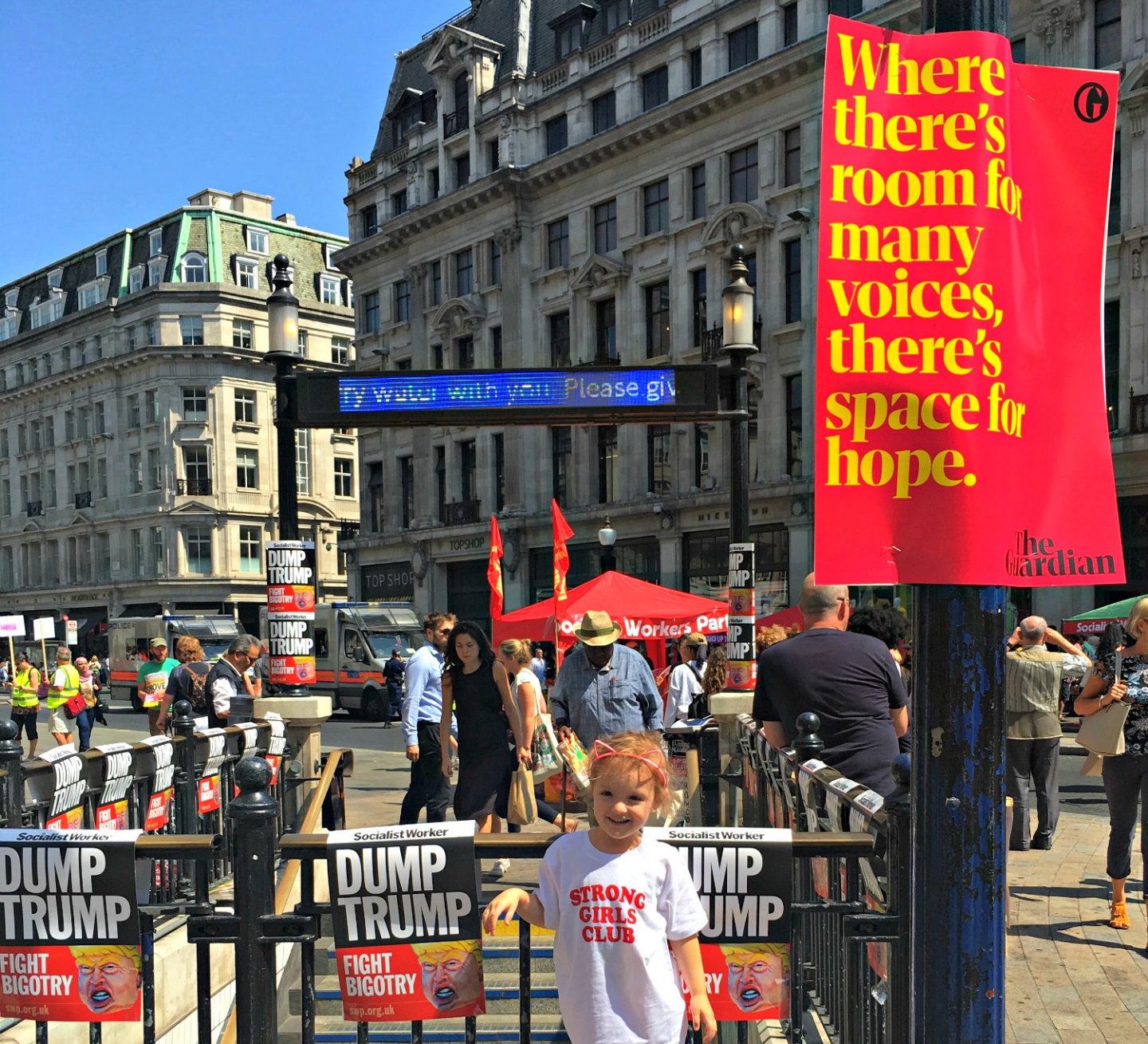 I know there are a LOT of other issues going on, both globally and locally, especially with Brexit and our own government, but this was an occasion where a big group of people could get together at once, in a female-led protest, to make a noise about terrible things that are happening to children, women, families, people and the planet as a result of the current US political situation. 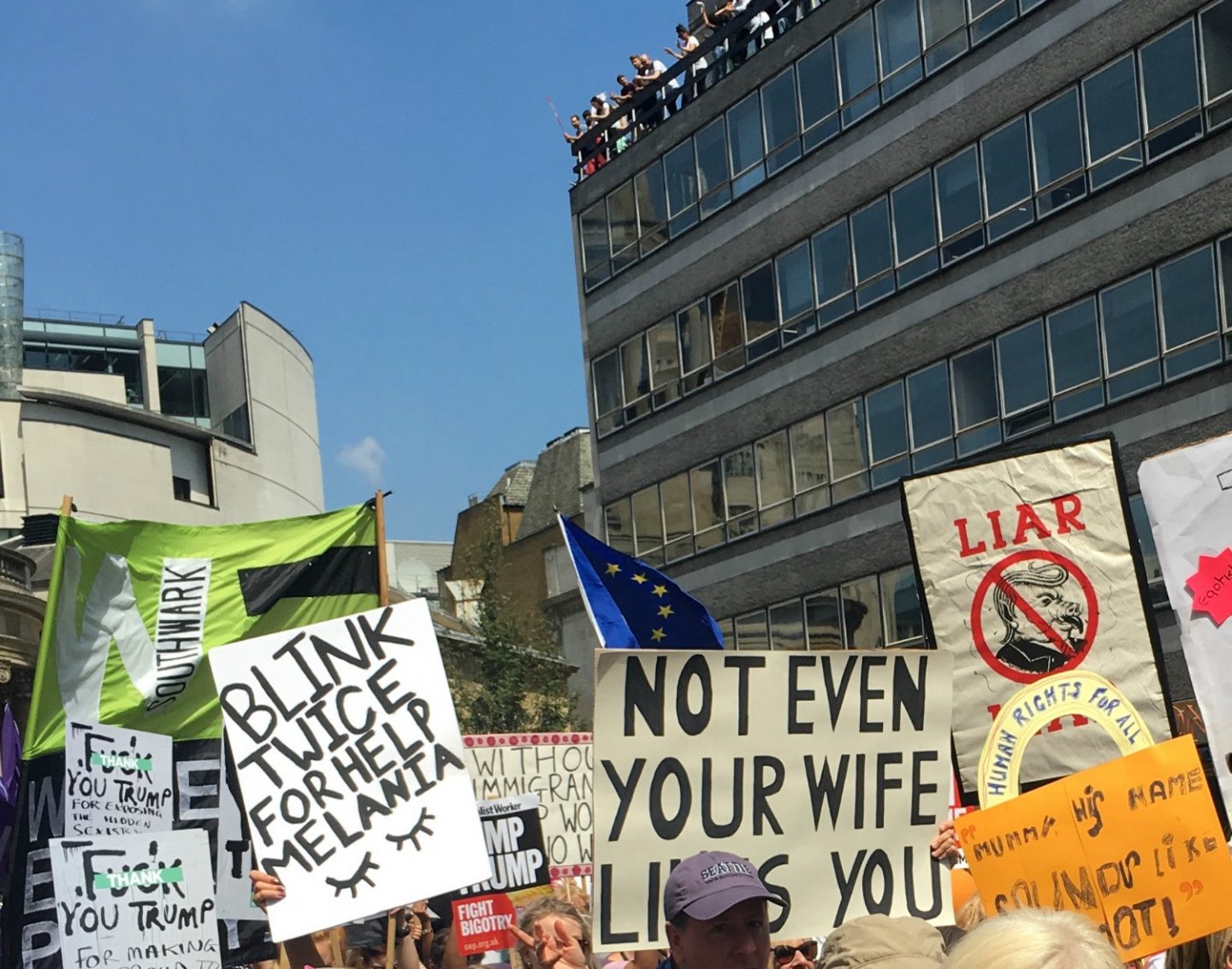 So how did we get on? I was mildly apprehensive on the morning about taking Florence with me, but she was excited and there were so many parents, babies and children there on the Women’s March too (sign highlight – ‘Babies against Trump’). It was an incredibly positive, inclusive, energetic environment and we also got to meet up with Gemma and hang out with her for the day. 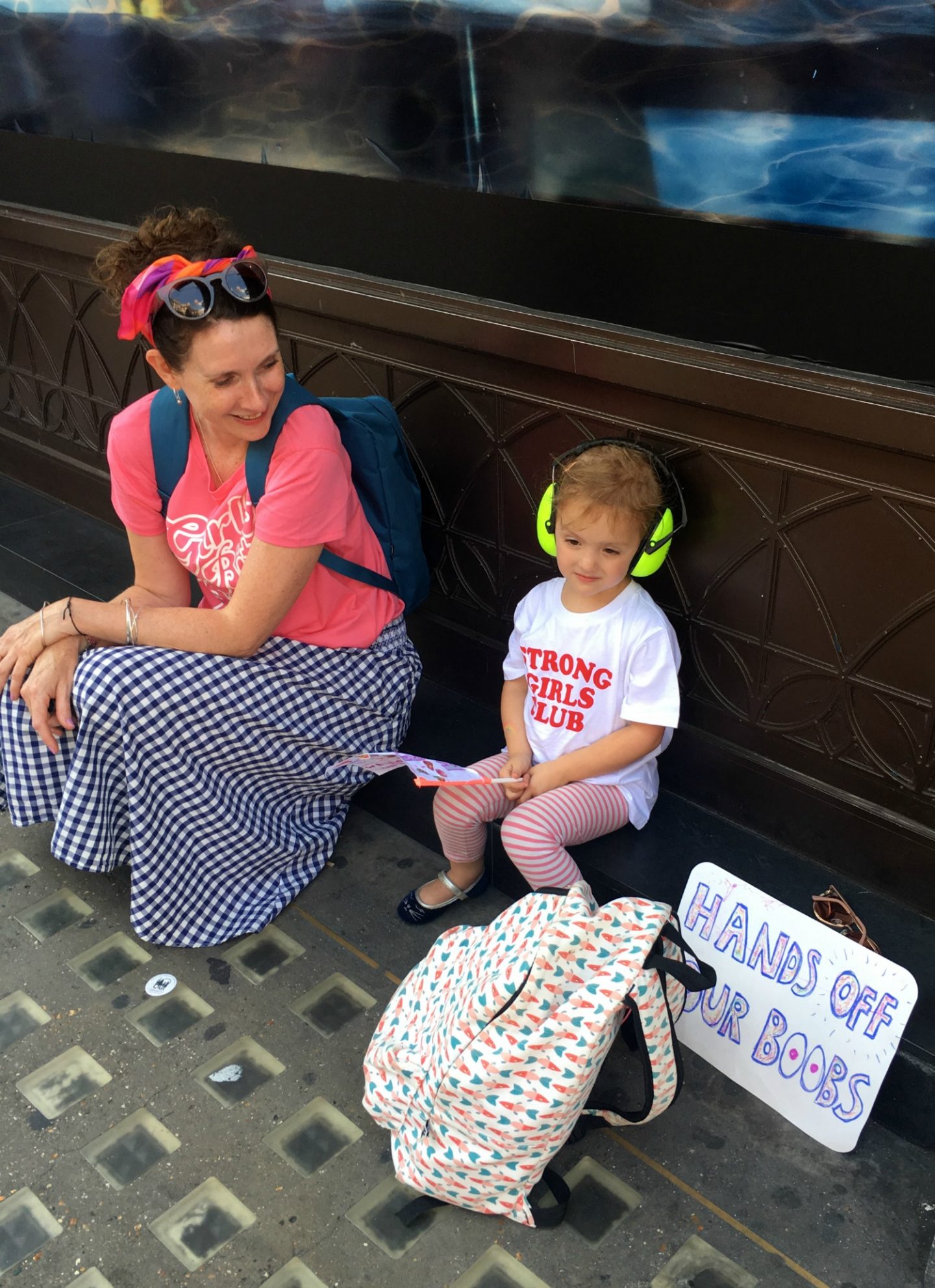 Predictably F wanted to be carried most of the time (a bit of a challenge at times in the oven-like heat) some of it was too noisy for her (but Gemma had handily brought her son’s ear defenders) and I think F actually fell asleep a couple of times (which was an incredibly feat) but we took a lot of snacks, sat out for breaks and walked alongside the main crowd at times. Mainly she loved waving her flag, everyone was lovely and gave her a lot of attention and she’s still talking about it now.

I loved Rebecca’s post here about why she took her eight-year-old daughter, so why did I take Florence? Obviously, because she was with me that day, and at three you can’t really understand things that even adults are currently struggling with, but along the lines of taking my children to vote I think it’s important to show them things that are important, and that it’s important to speak out against things that are not OK, in a variety of different ways. 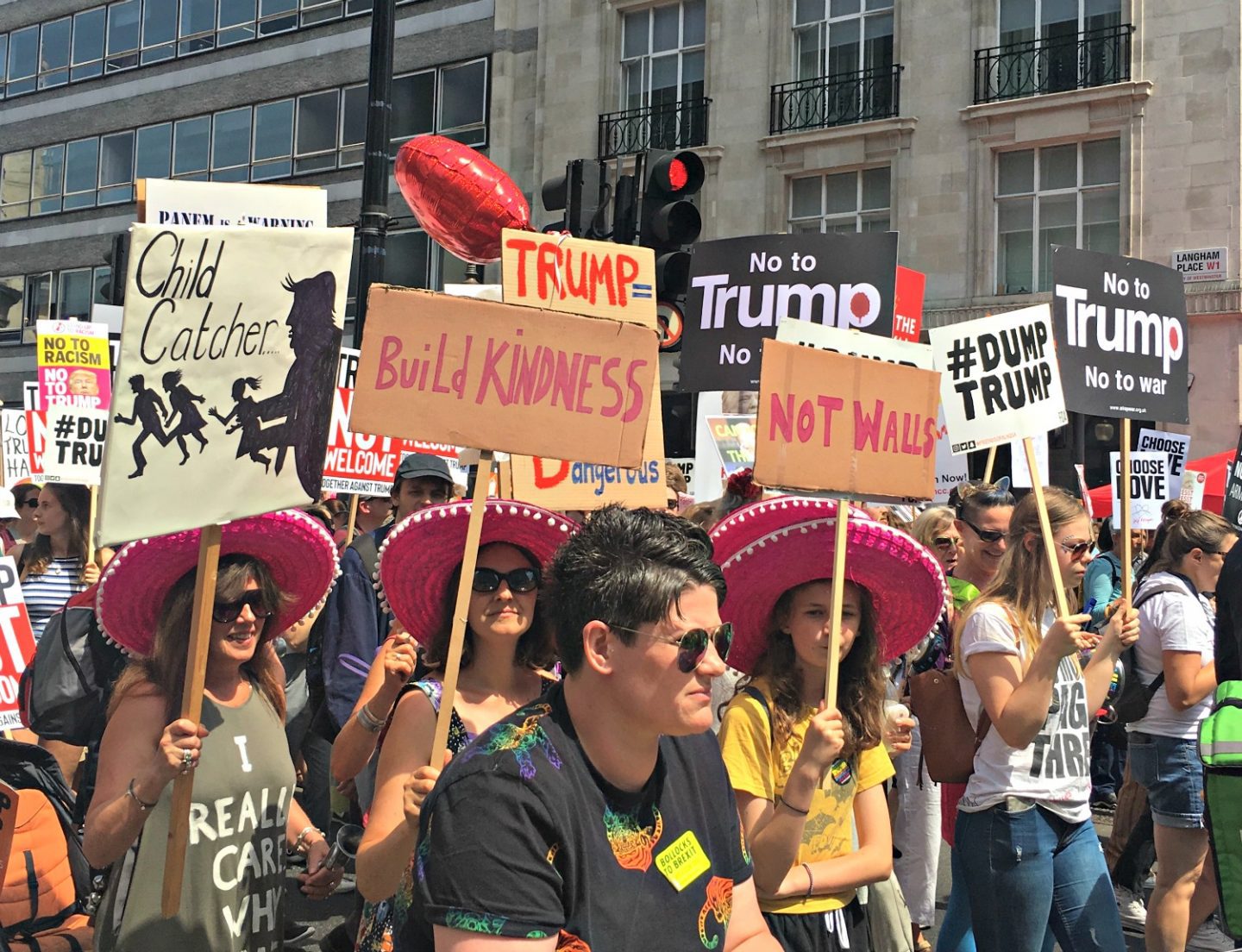 As you’d expect, the signs were striking, hilarious and creative. We made our own; F’s was a flag that said ‘Be Kind’ on it (as well as ‘we love unicorns’, Shopkins stickers and drawings of her grandparents. It got a lot of love).  Mine said ‘hands off our boobs’ (in reference to the US interference in the UN breastfeeding resolution). 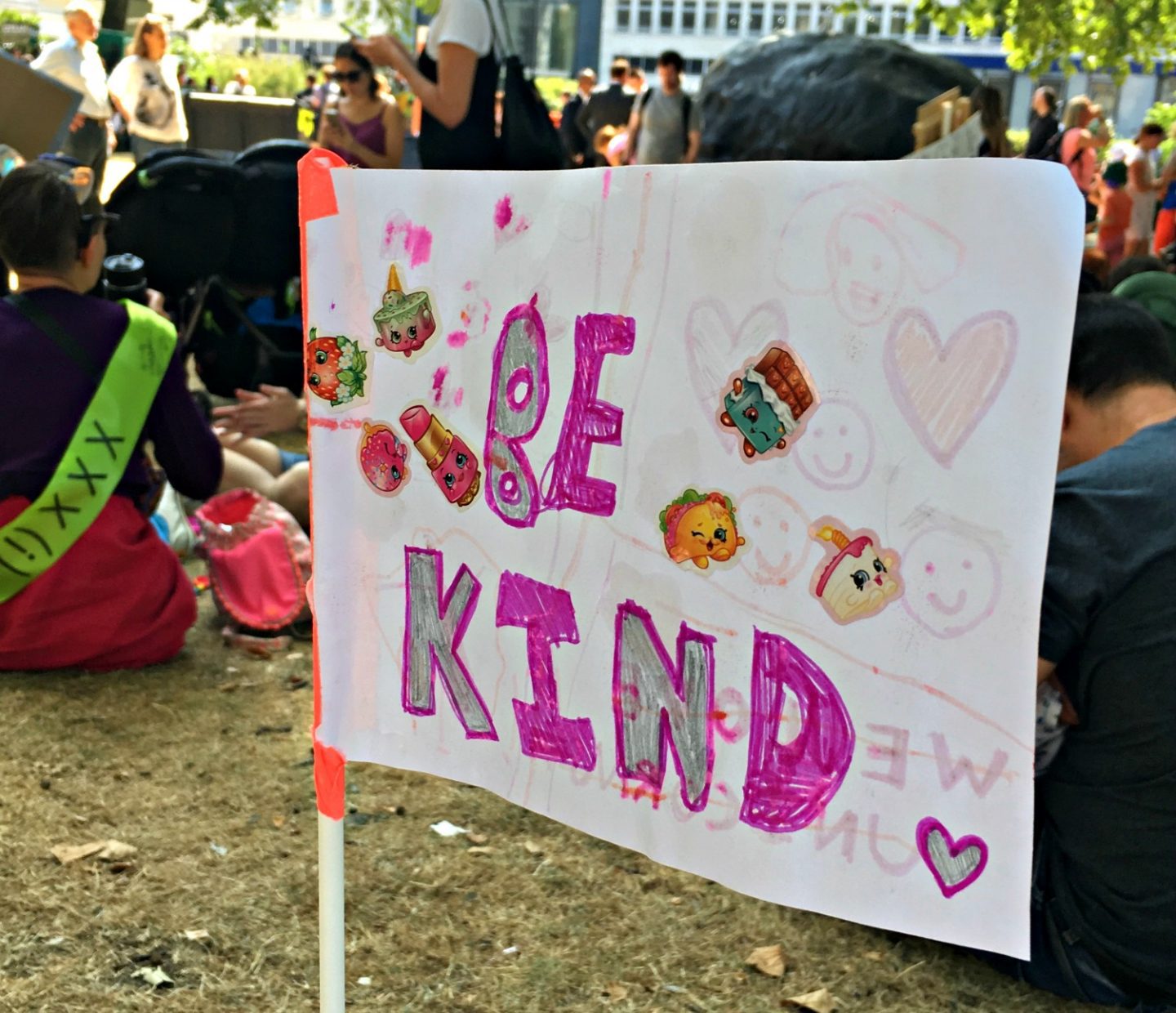 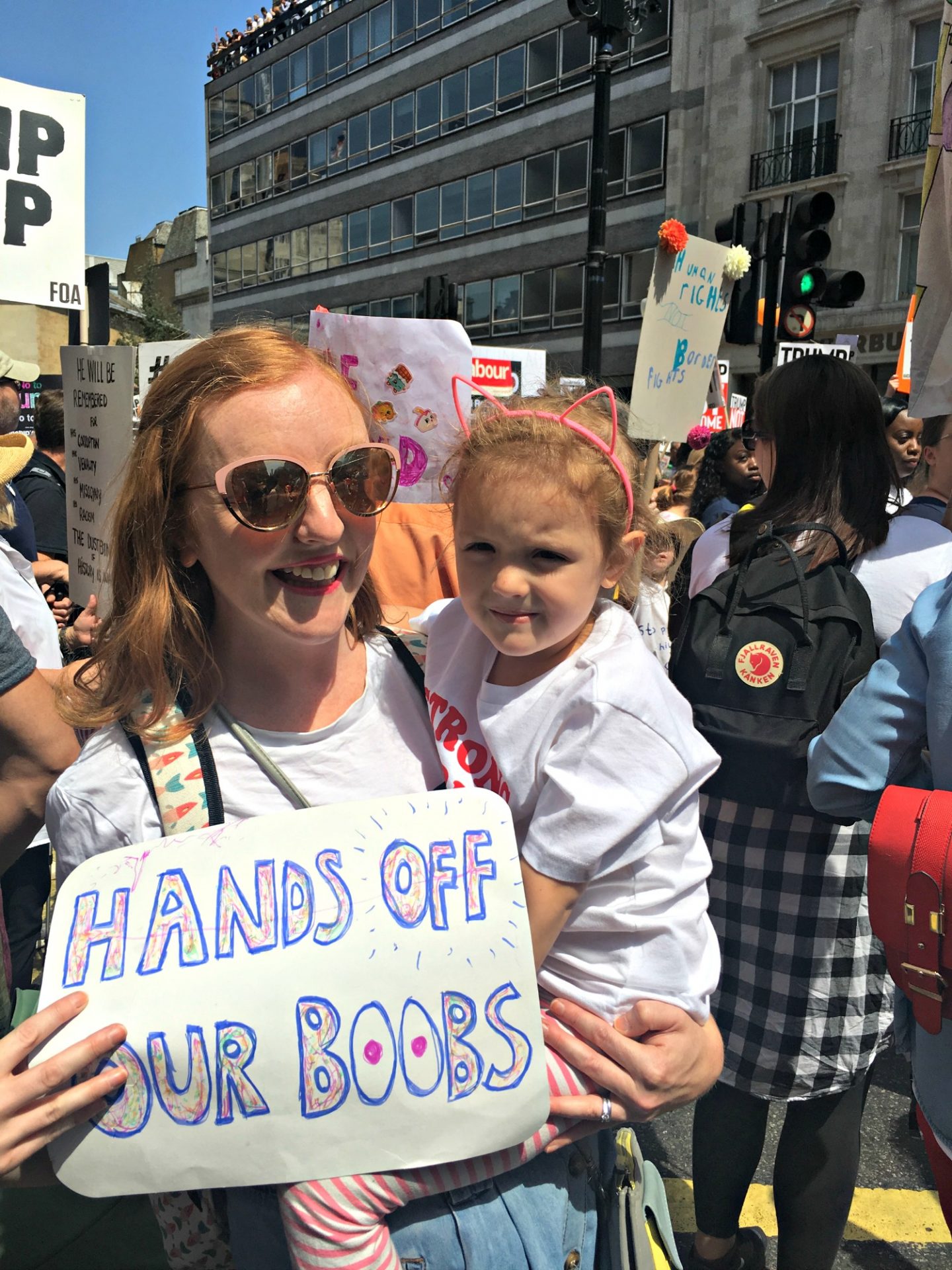 Would I go again, and would I take the children again? In a heartbeat. Especially to another Women’s March, And I’d take them both next time. 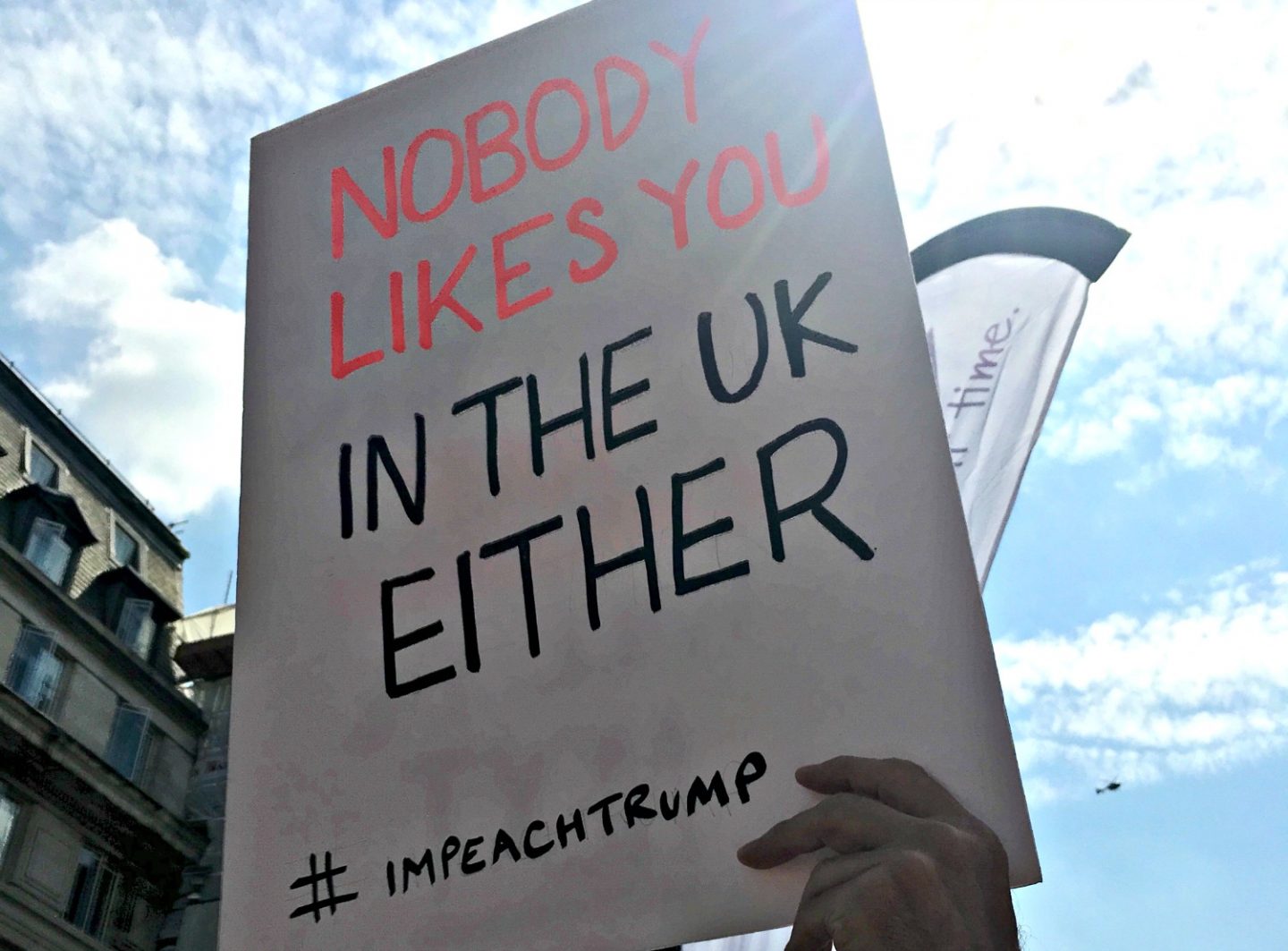 More posts…ten tangible things to do as a parent, when the world feels terrible, alternative ways to protest when you’re a parent and the politics of Paw Patrol…I have some questions