We take a trip to the Cutty Sark

Have you ever been to the Cutty Sark? Here’s our Cutty Sark review

(Sponsored post) OK, I’ll admit it, I’m a terrible Londoner – despite living here for years, there are a lot of things we’ve never visited in this city, including, until last weekend, the Cutty Sark which we visited for the purpose of a Cutty Sark review.

Even though Greenwich is beautiful, fairly close to where we live and even on our side of the river in London, it’s just very far away, etc etc, you know, the usual excuses for why you haven’t seen things in London. 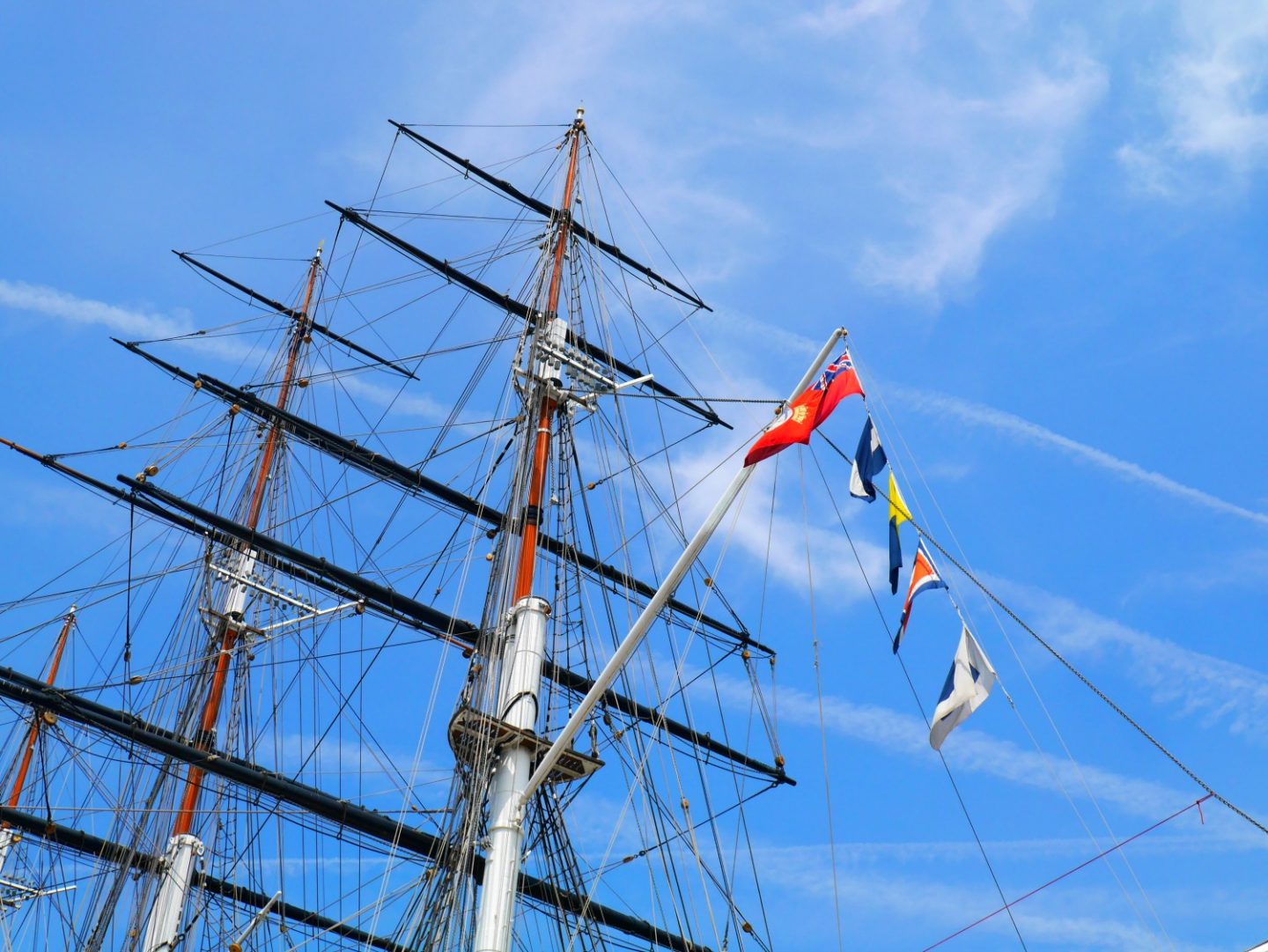 So when we were asked if we wanted to go on a Cutty Sark review to see what we thought, it sounded like a great opportunity to broaden our cultural horizons. A giant ship in the middle of the land? Let’s do it!

As usual, my children had MANY questions about this trip, so I thought I would attempt to answer them all in this post:

Children’s questions about the Cutty Sark: 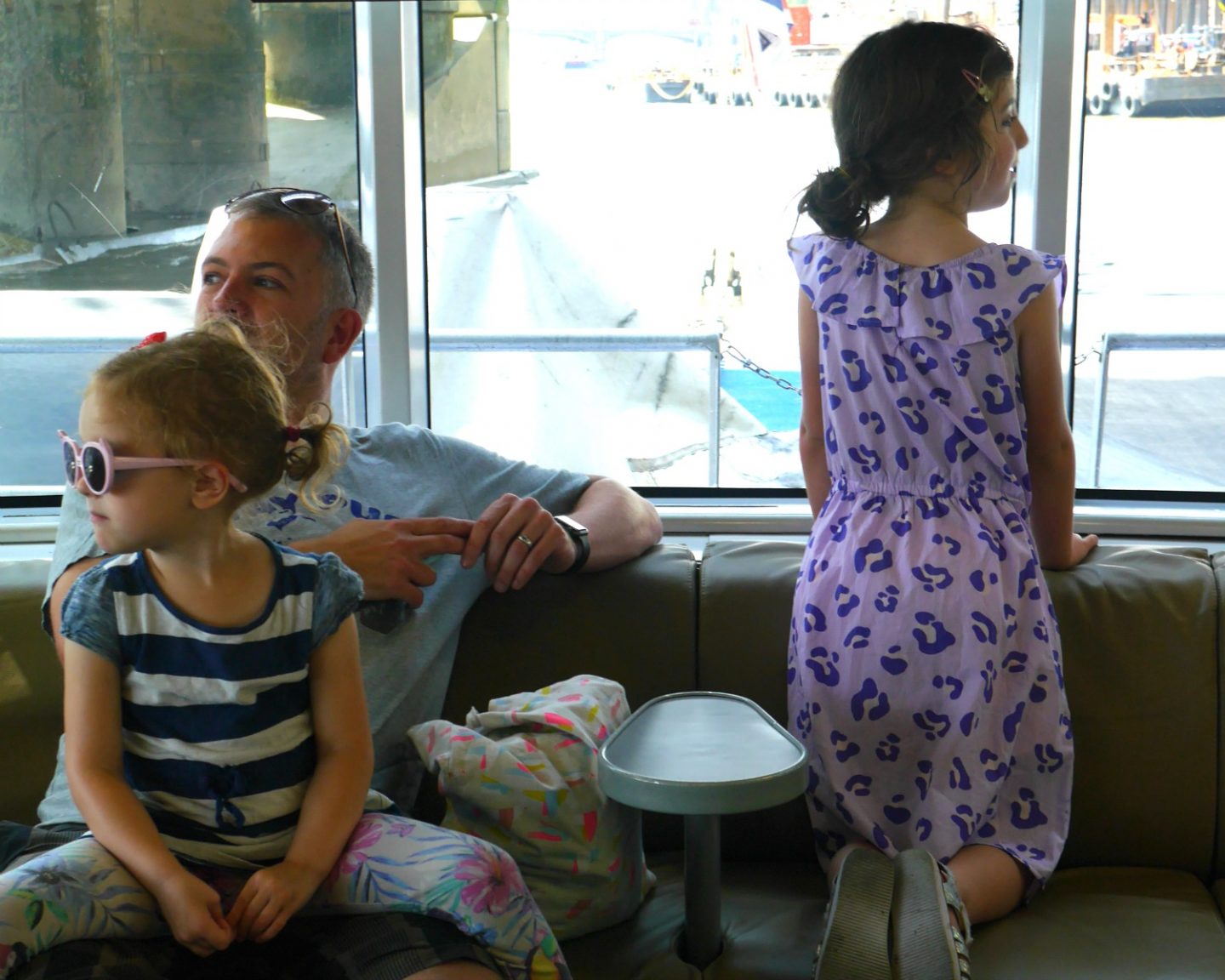 You also get a really great view of the ship as you come in to land. 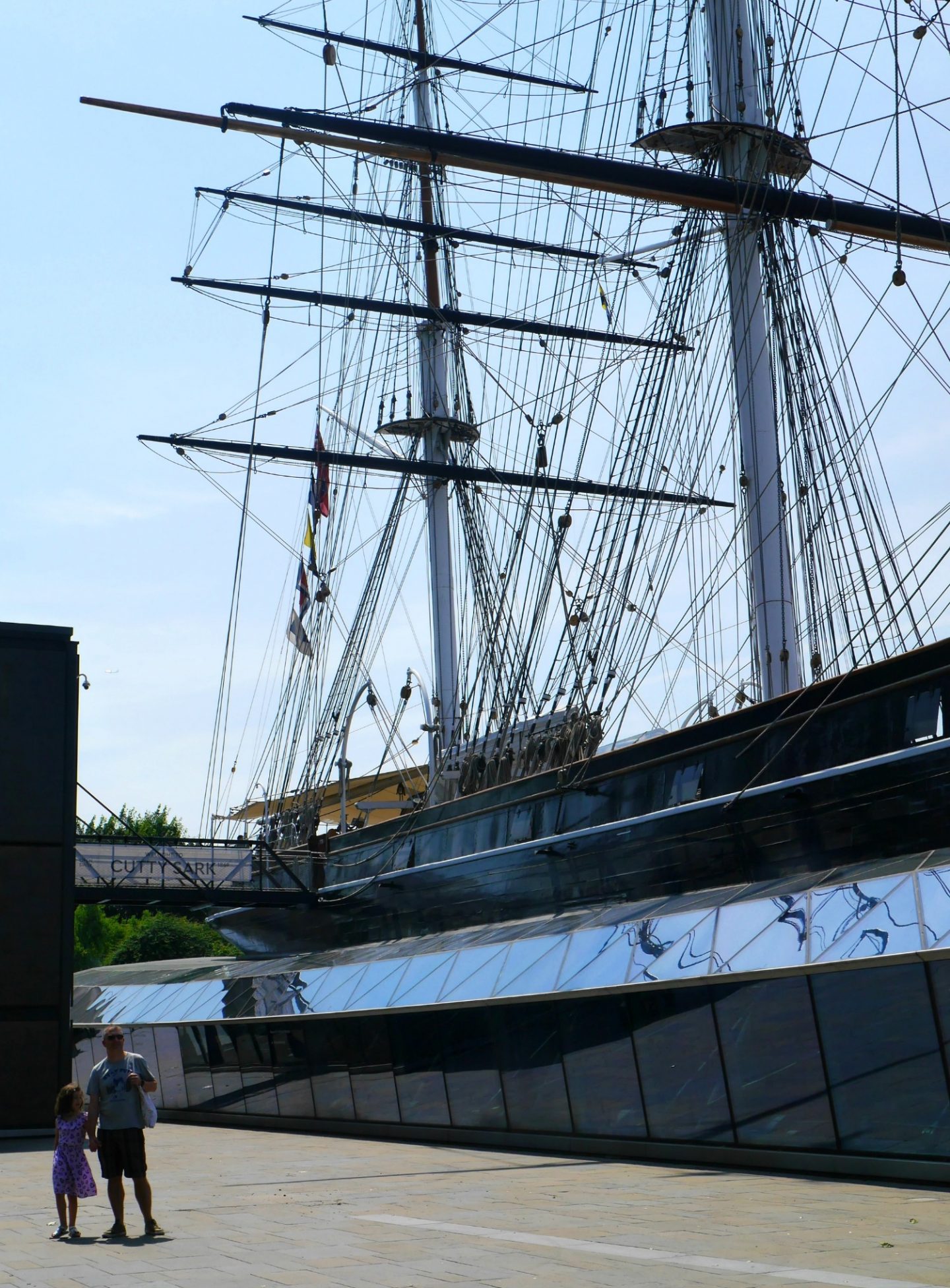 Hi! The Cutty Sark is a clipper ship built in 1869 for a shipping line and used to transport cargo for many years – mainly tea, then wool – and was then used as a navy training ship. After being retired she was donated for public display as part of the Royal Museums Greenwich group, which also includes the National Maritime Museum and AHOY gallery, and the Royal Observatory. In recent years the boat has been damaged by fire, but is ship-shape condition currently.

It is split into four levels with interactive displays, exhibits, photos and videos which bring the history I’ve just told you to life. 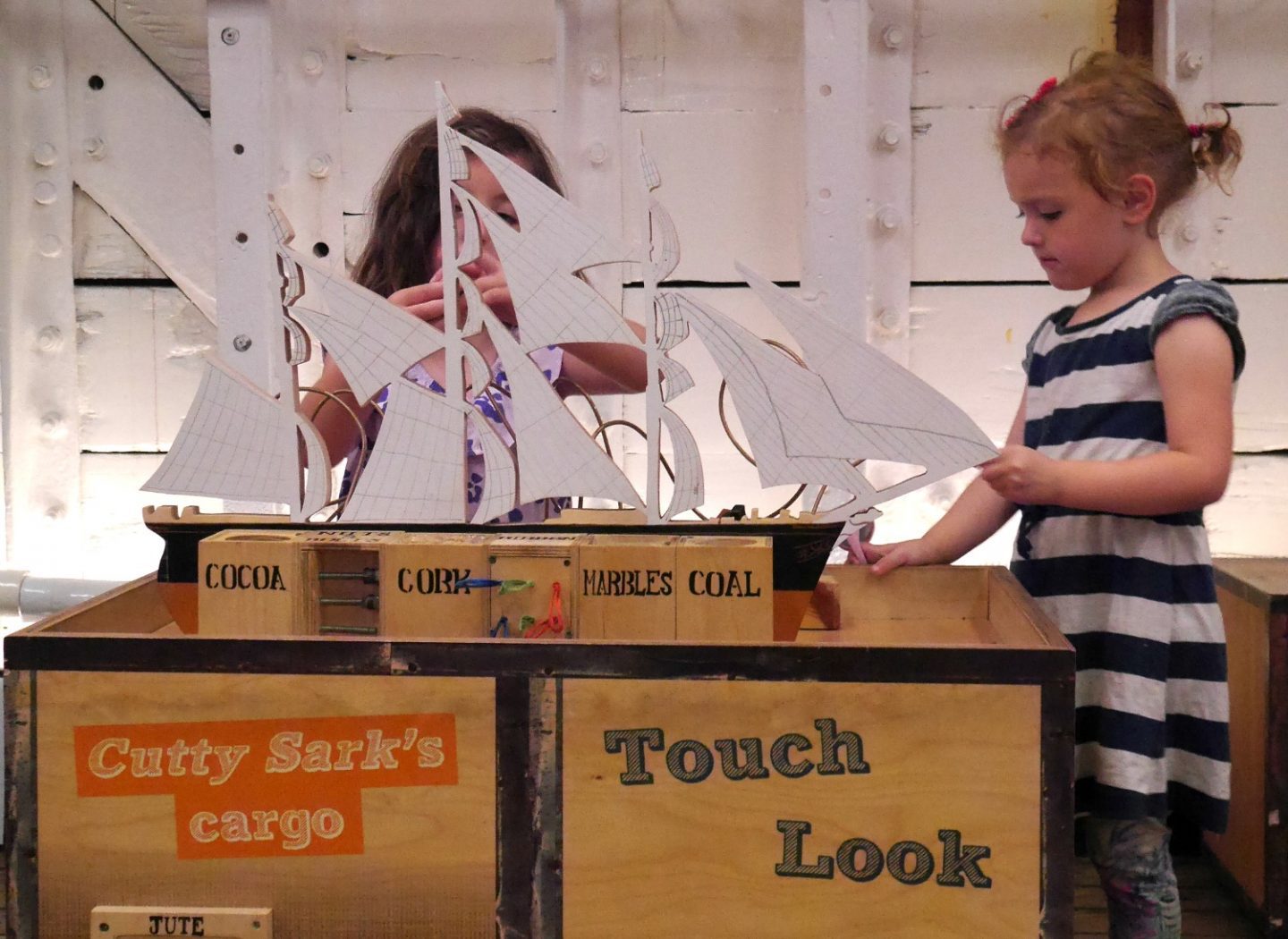 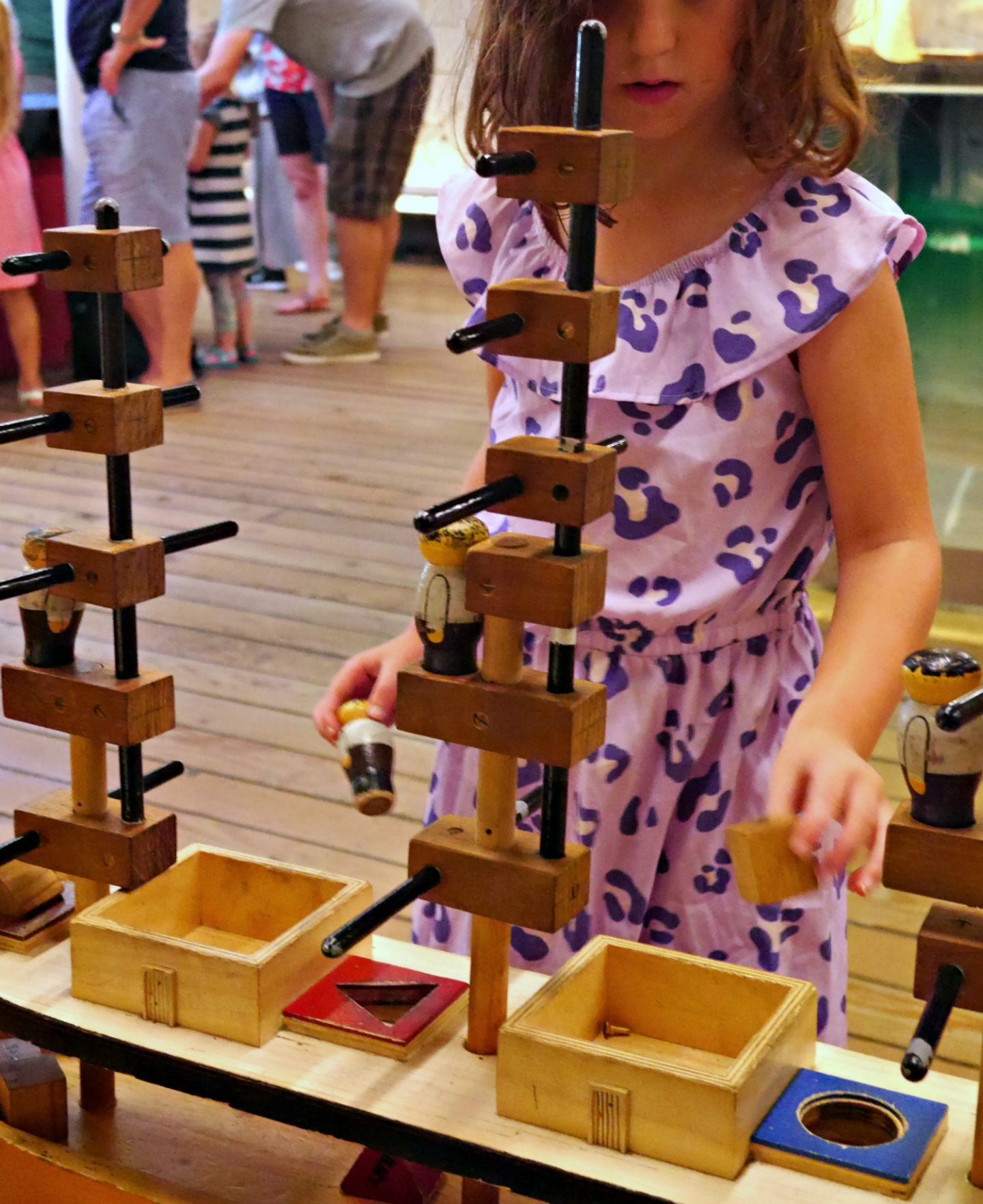 On the top deck of the boat you can explore the Captain’s Cabin complete with small kitchen and even try out the – tiny – bunk beds. 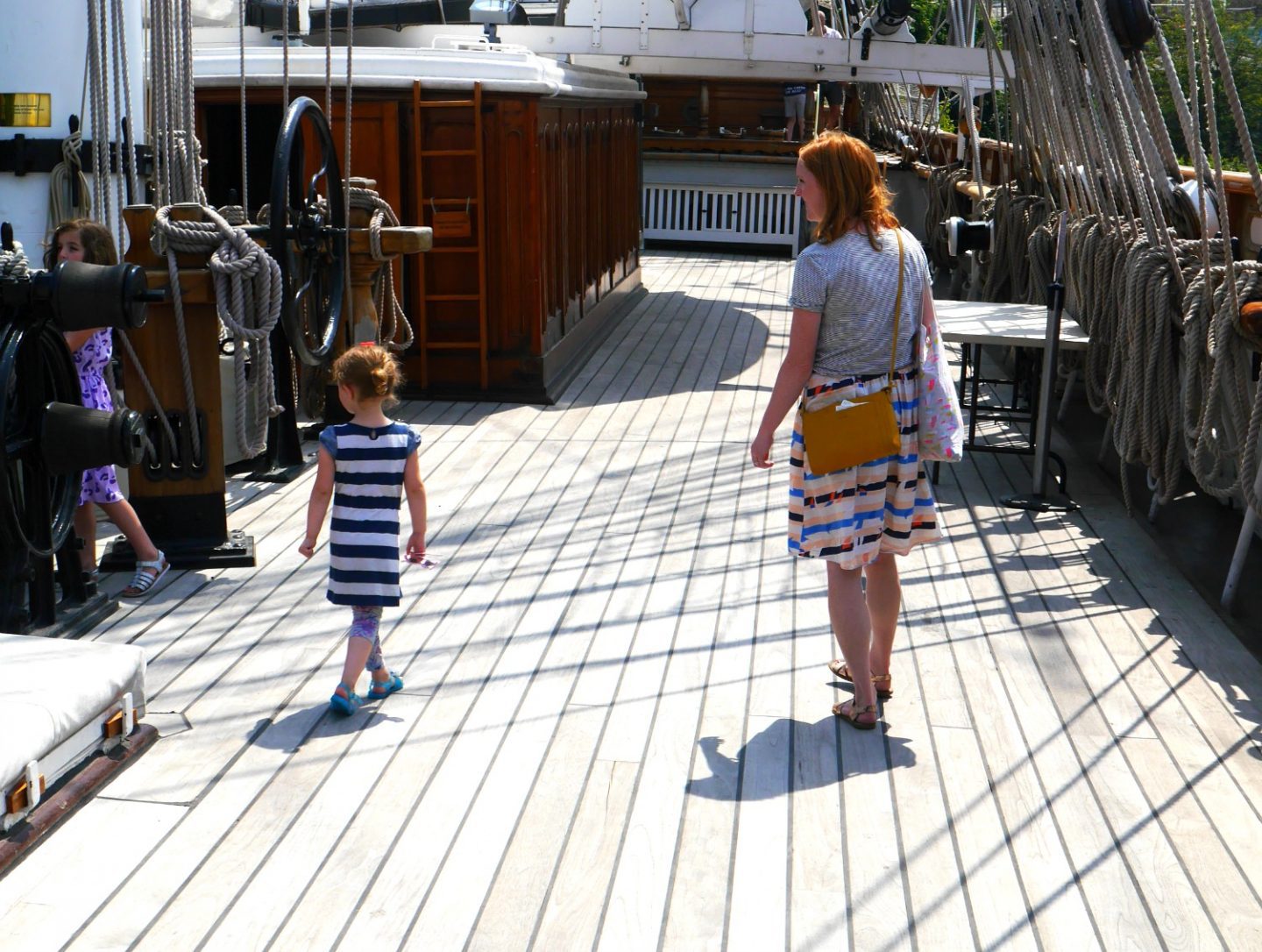 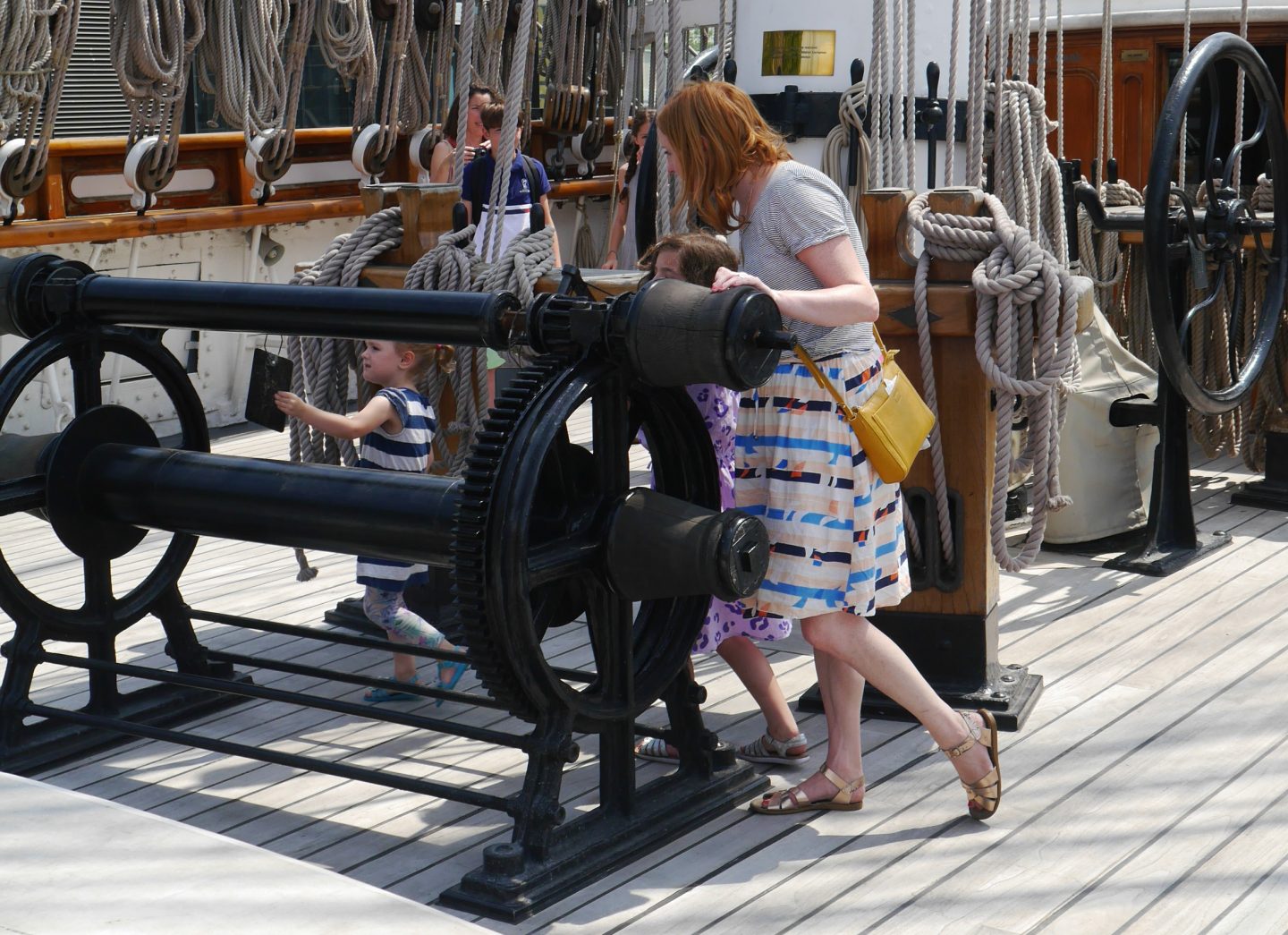 Alas, no Barbies, but you can also meet the Cutty Sark characters who give talks about life on the ship, and when we were there a group of men were singing beautiful and bloodthirsty sea shanties. Look on the website for more info about who’s appearing when.

There is also a free family trail around the ship where you answer clues and collect stamps, and you can also borrow backpacks of toys and stories (which sadly, no-one at the front desk told us about but I’m sure my children would have loved, so make sure you ask!)

Parents take note, it’s probably not the easiest to get around with a pushchair due to stairs and small spaces, but there’s a pram park in the basement and a lift is available to all floors. 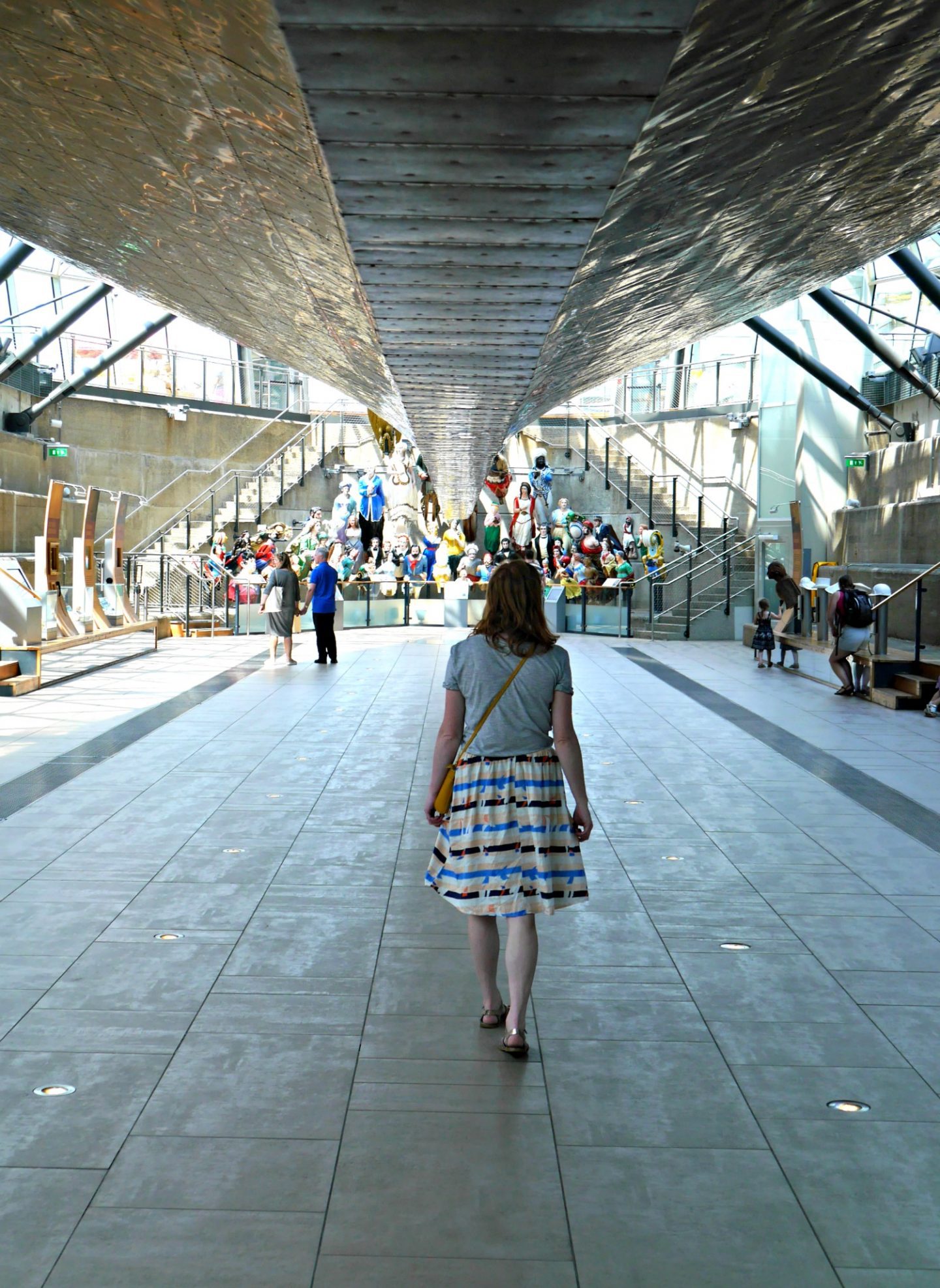 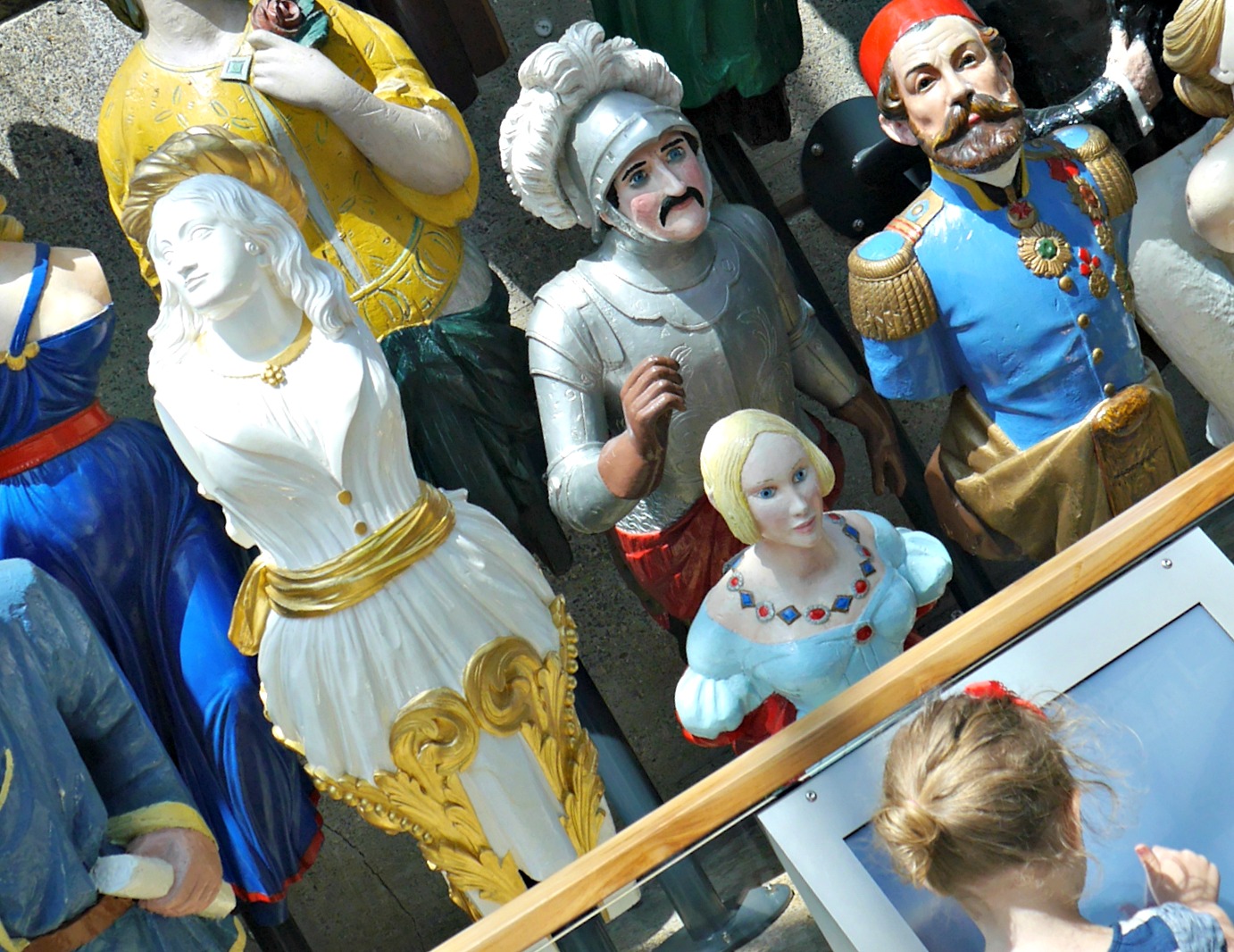 It’s a peaceful and beautiful area which is also great for children to run around in without fear of destroying anything or knocking things over. 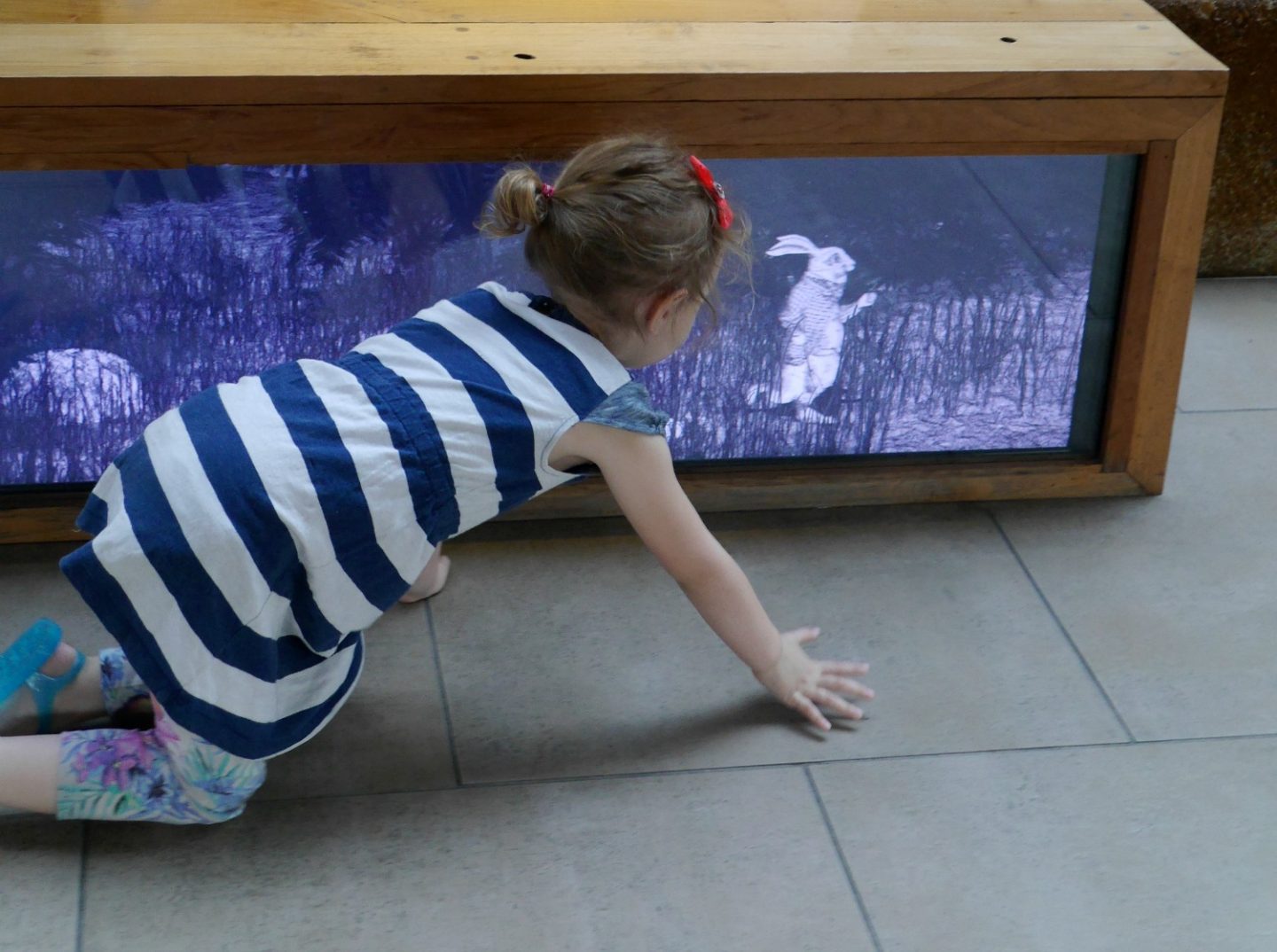 Can we go back? A final question in our Cutty Sark review, and a predictable one, as we had a great time. So yes, hopefully – it would be a great place to visit in the school holidays, so we’re thinking about making a return trip then. 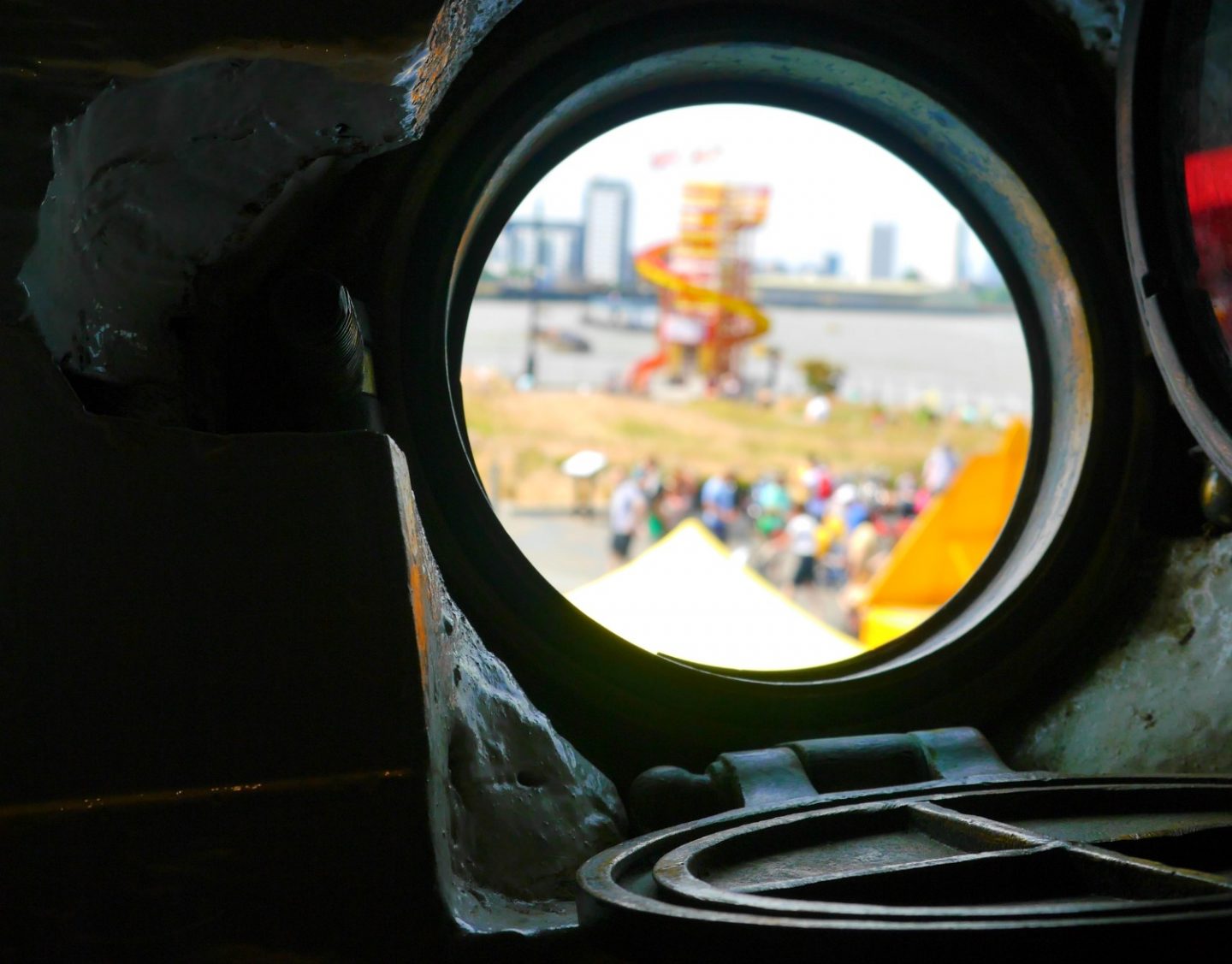 Thanks to Royal Museums Greenwich for inviting us on our Cutty Sark reveiw and working with us on this post. More London-themed posts – the best London parks, our five favourite London museums and how to get a baby on board badge to use on public transport