We’ve recently turned a fireplace into a bookcase, with help from GLTC Townhouse bookshelves. Here’s how… 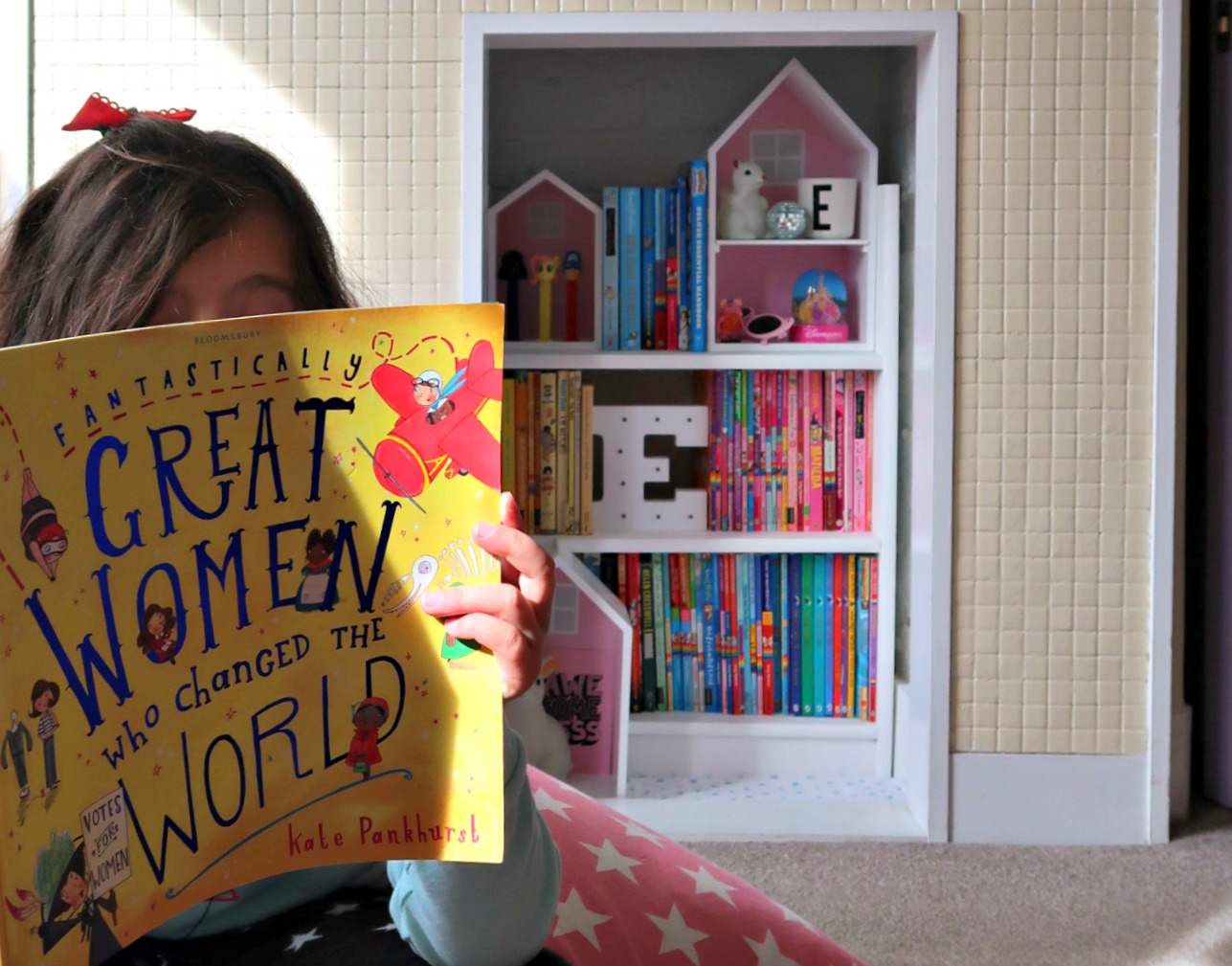 As anyone who has ever moved into an old house will know, it’s likely to have lots of weird things in it, especially if the previous owners were a little odd, which they usually are, aren’t they? Everyone who’s taken on a ‘project’ house renovation likes to play the game of weird-house-one-upmanship…our entries include the hatstand screwed to the wall, the bathroom cabinet that had been built on top of another bathroom cabinet (like Inception, but with bathroom cabinets) and, also, the red fireplace. *shudders.*

Here’s the red fireplace in all it’s shiny glory! But basically, all you need to know is that there used to be a beautiful iron fireplace in this place, which was replaced at some point by the 80s glass…entity. Why?! We initially painted it with non-red tile paint and left it like that.

Fast forward a few years, some building work and and one more child later, we moved into the loft and this room became Eliza’s, and the fireplace was used as a toy dumping ground. I hated the way it looked, and when E learned to read she had books everywhere, so I thought I could do something about both issues and use the space better by turning it into a bookshelf. 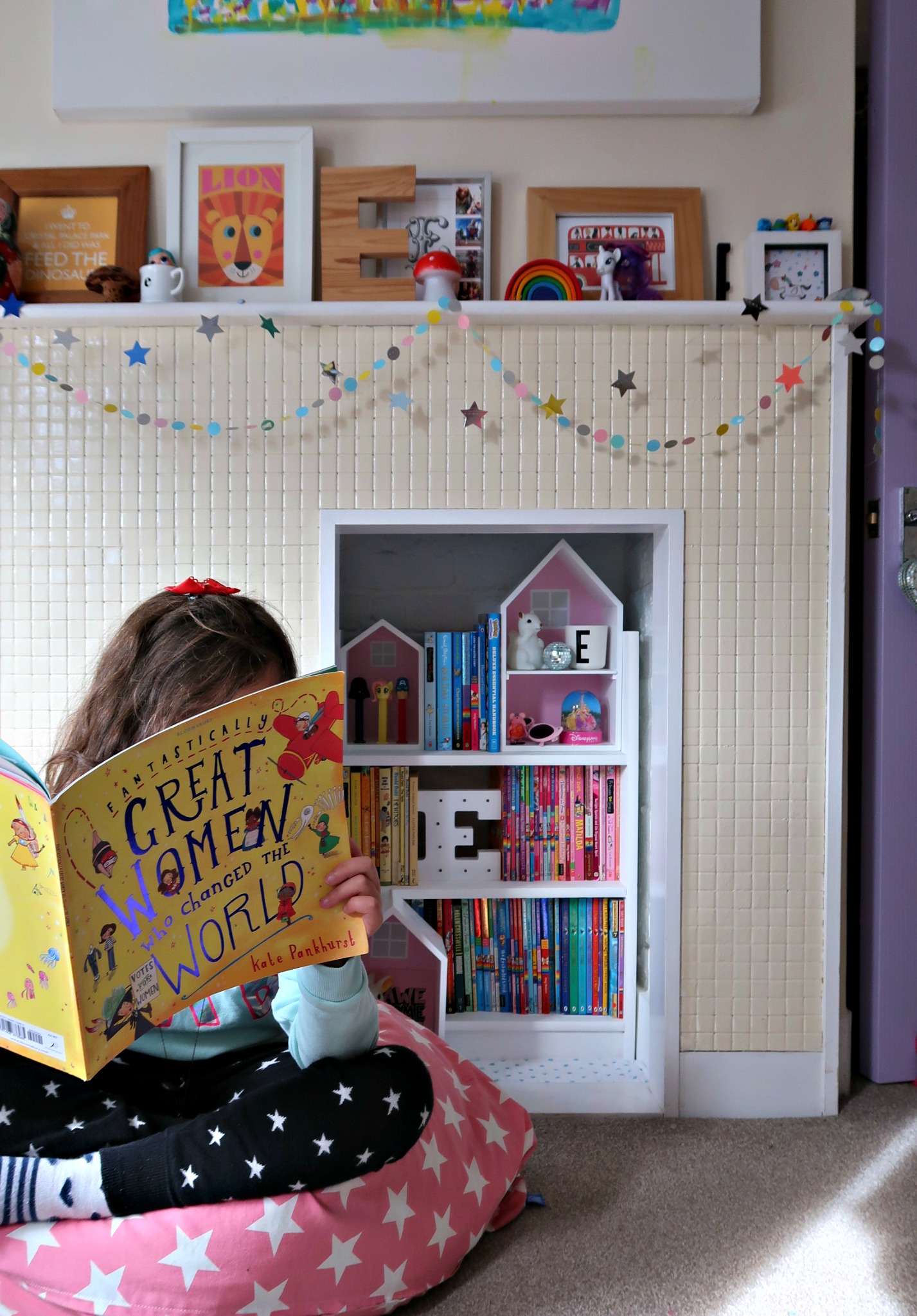 After a lot of careful thought about what we could do and different things that would work, I impulse-bought a really cheap set of shelves to fit into the space. These didn’t fit; I can’t measure. So we – by we, I mean my husband, obviously – ended up sawing the top off, while rolling his eyes.

They eventually fitted, though! And then we painted them white. 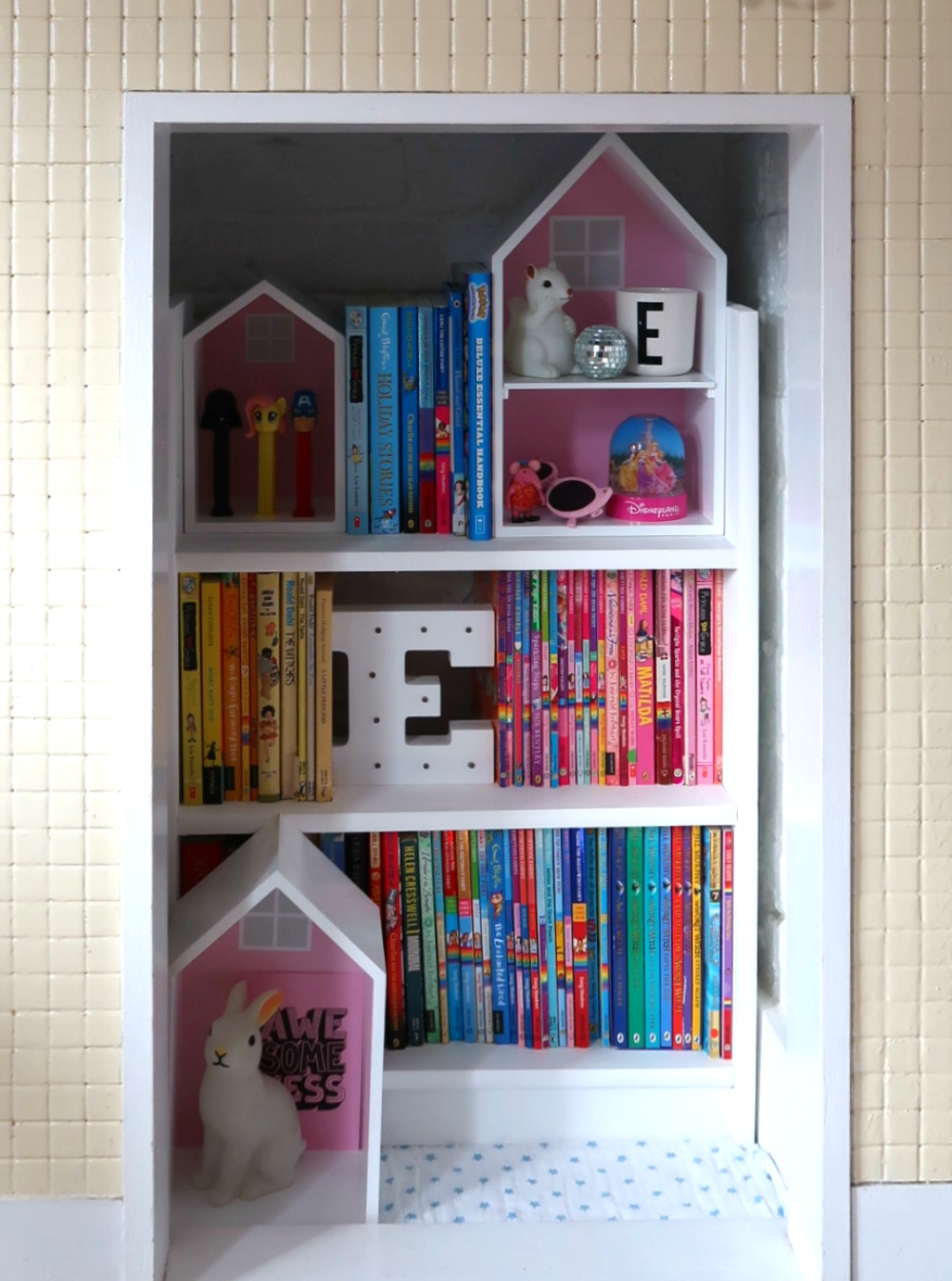 I’m a member of the GLTC testing team which means I get to try out new products, but I’ve always loved the Townhouse range of shelves which are shaped like houses so really wanted to incorporate these in. I liked the idea of using them to display collections and treasures and precious things among all the books.

Plus, they look really fun to play with, don’t they? 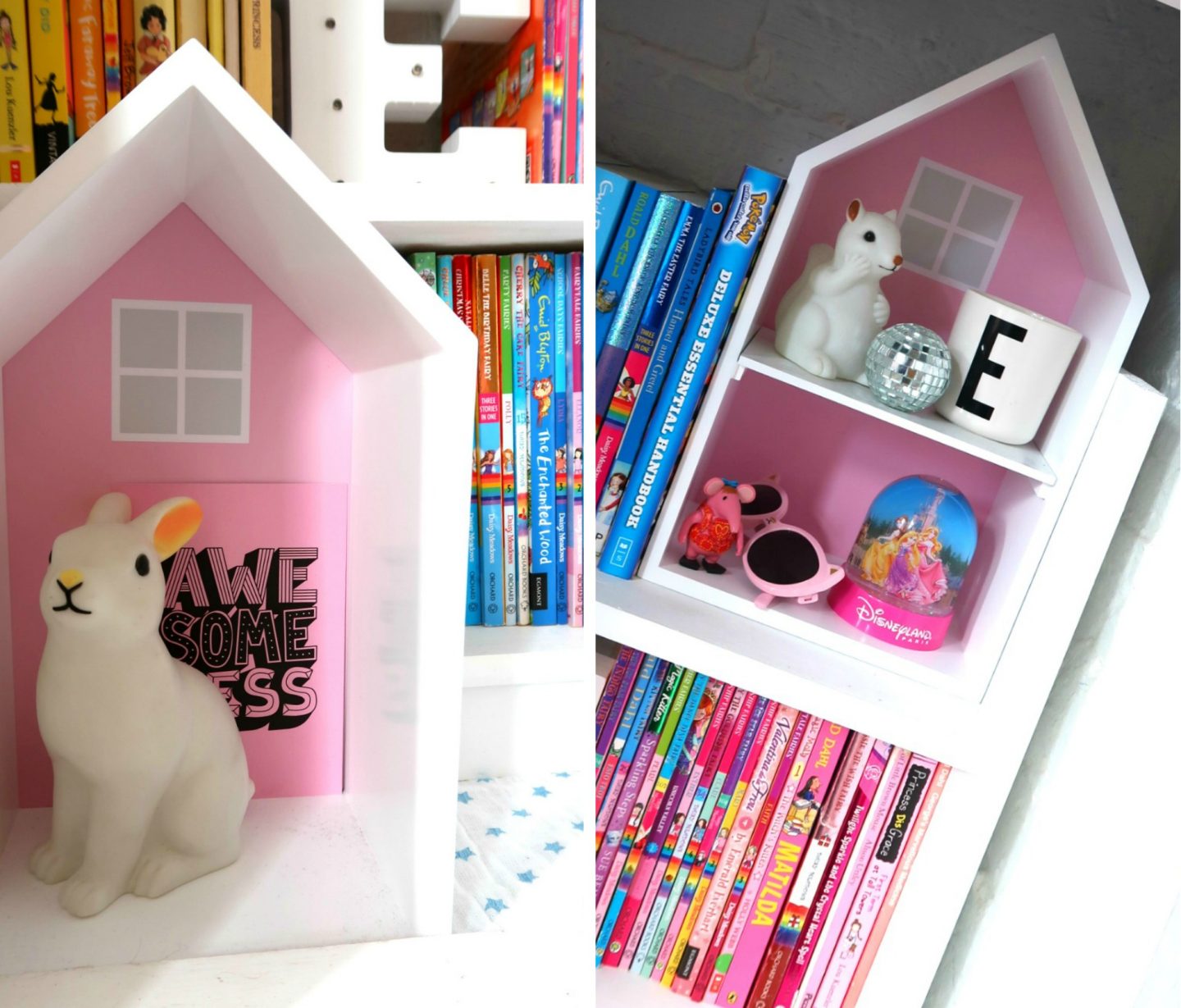 The set of three Townhouse bookshelves are really versatile as you can attach them to the wall, or have them freestanding. You can use them to store books, or things, and they would also work really well as dollhouses (or LOL Doll houses…which these frequently are…) 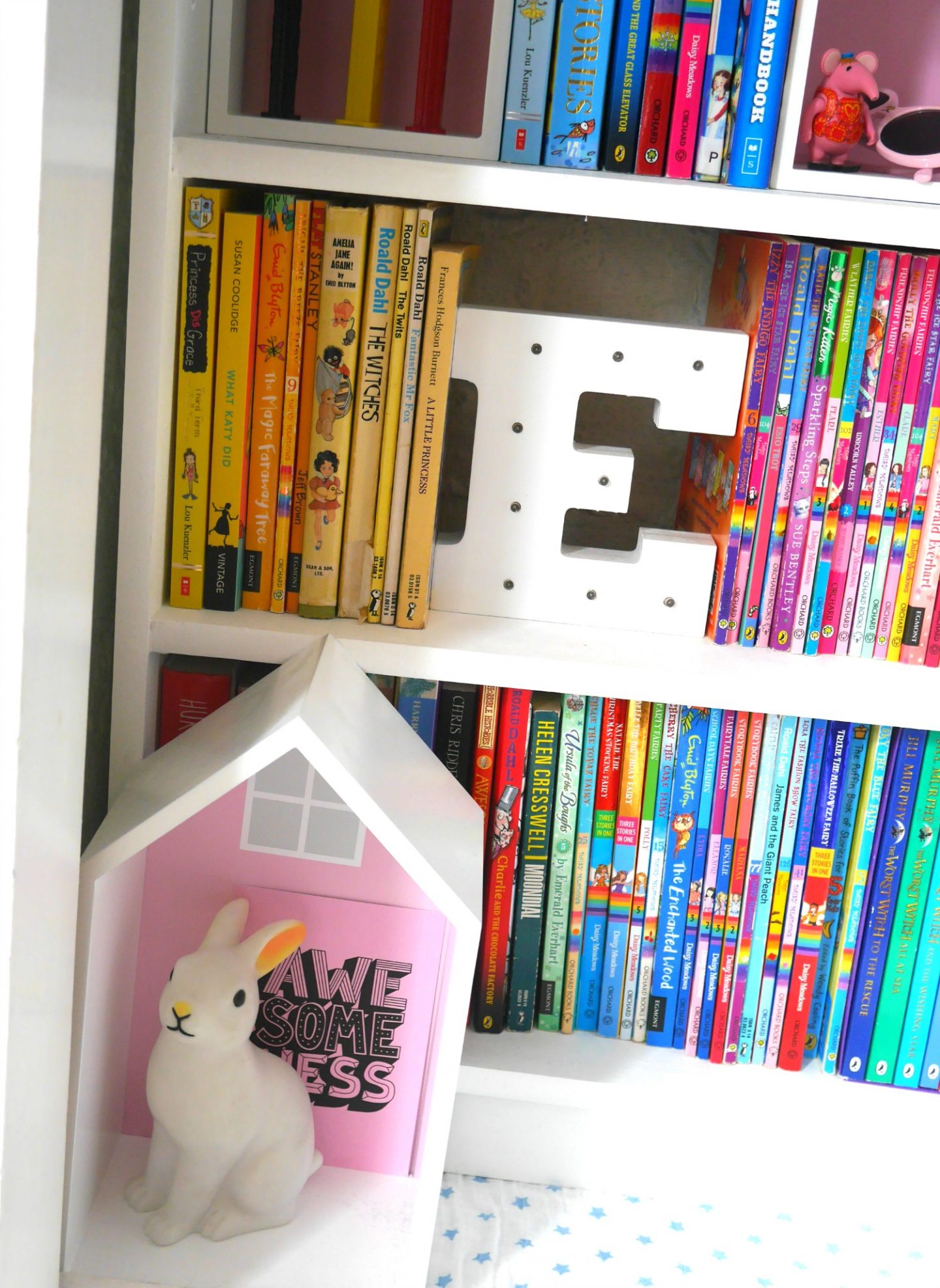 I think it’s still a work in progress – I would like to repaint the repainting in grey, and possibly the rest of the room…and I would like to tile the concrete base (or get someone else who can measure to do it, obviously.

But the fireplace to bookcase makeover has turned into a really good way of using the wasted space and creating a fun reading area that’s down at child level. 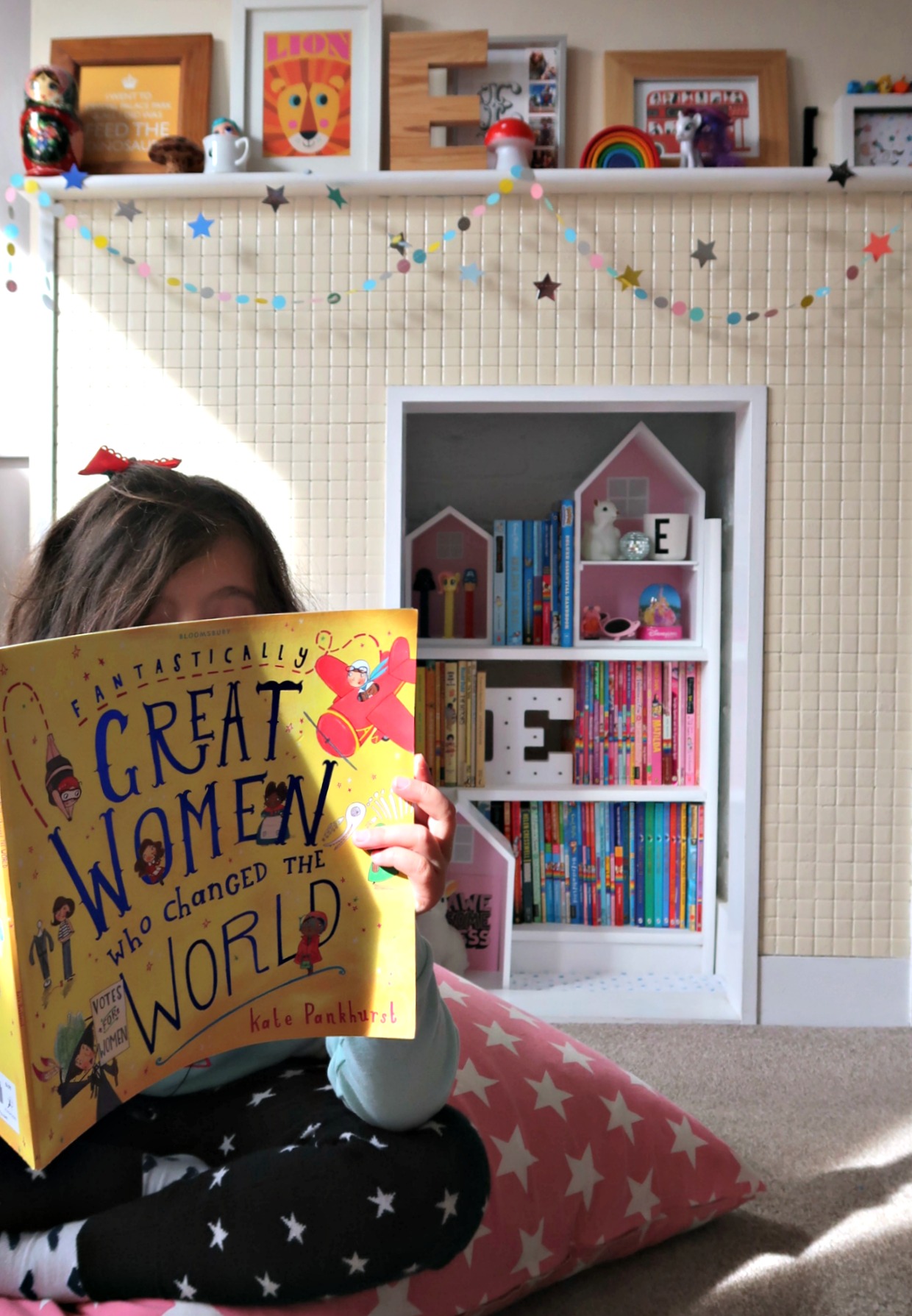 Thanks to GLTC for sending us the Townhouse bookshelves, which cost around £36 and you can also get them in grey and multi-coloured .We were also sent the GLTC beanbag for a previous post. More interiors posts… our DIY wall stickers, washi tape rainbow cloud shelves and colourful doors