Here’s How To DIY Your Own IKEA Spice Rack Bookshelf

These are new bedside bookshelves in our toddler’s room, which are painted Ikea Bekvam spice racks. It’s probably one of the simplest IKEA hacks – where people take the furniture and use it for something else – but a really good one. 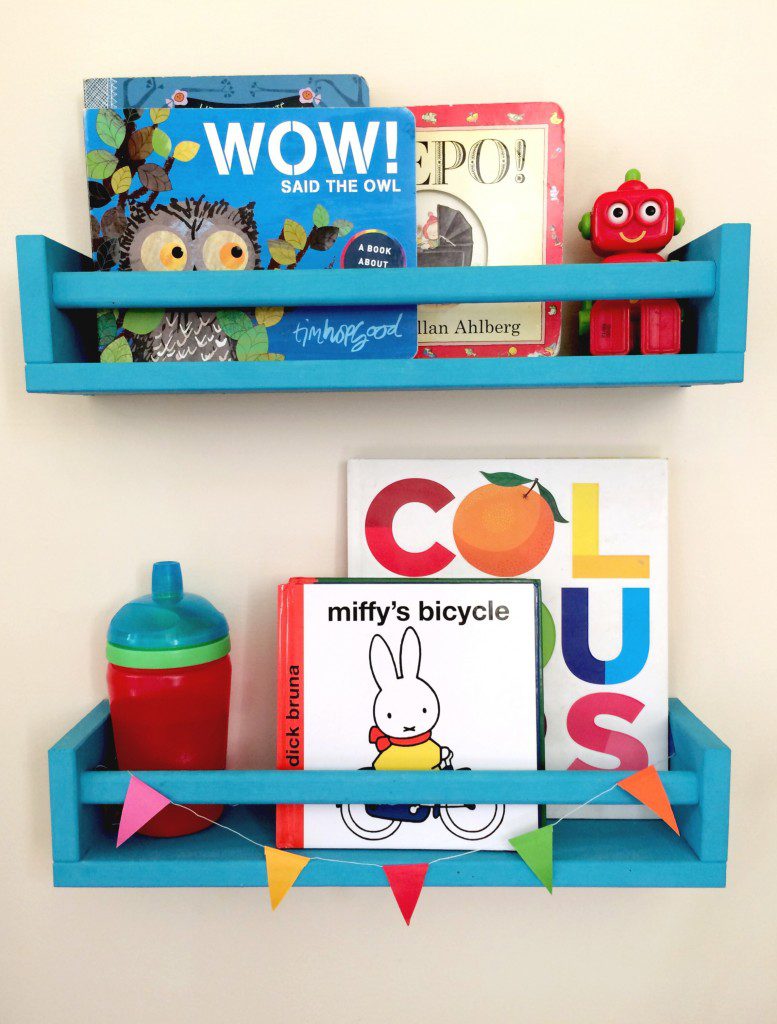 How Much Do IKEA Spice Racks Cost?

Why Use An IKEA Spice Rack For Books?

How To Make An IKEA Spice Rack Bookshelf: 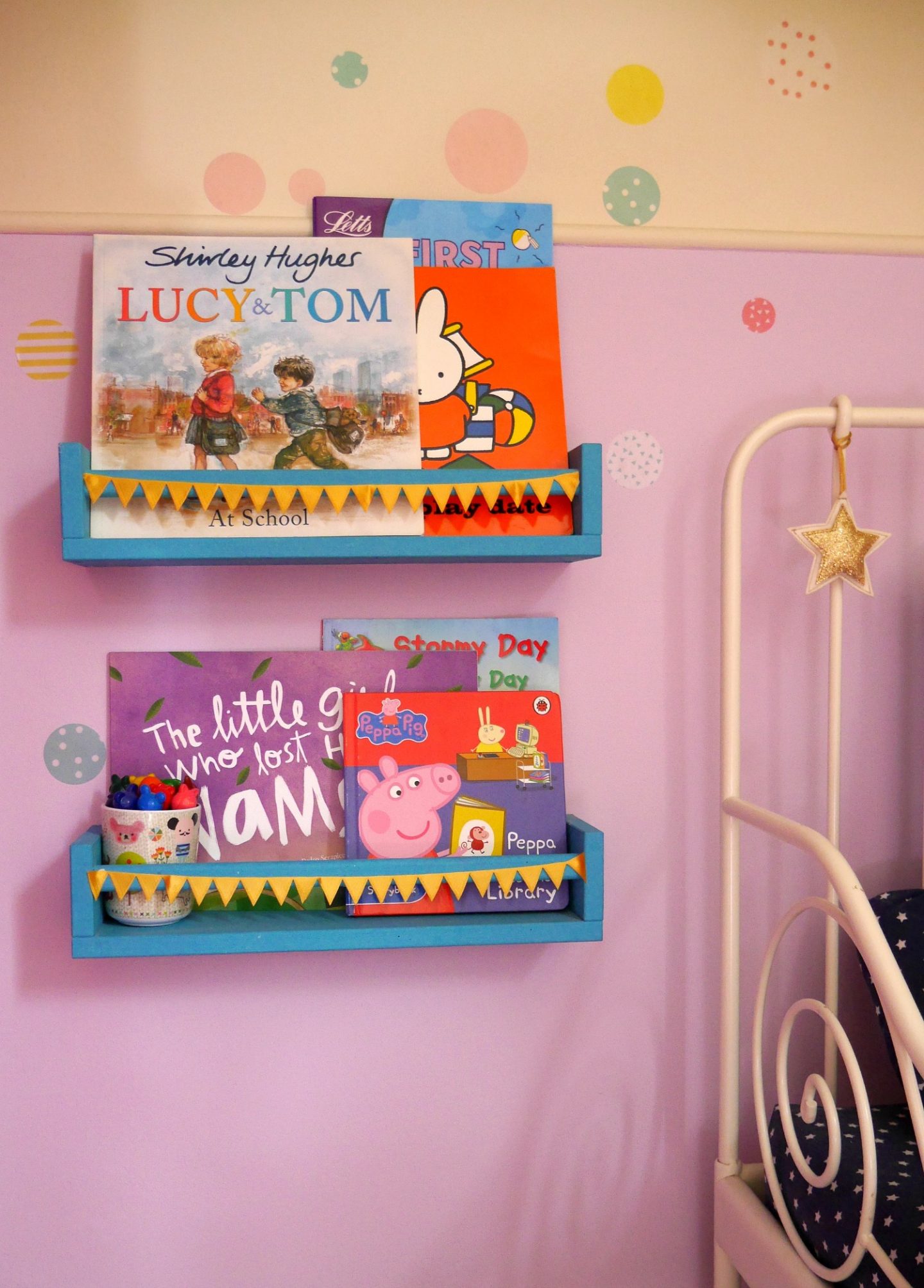 The IKEA spice rack bookshelves / spice racks work really well as bookshelves for children’s rooms, as they’re deep enough to keep lots of books on, and small enough so you can slot them in to make a cosy reading corner.

We used ours here. right by her bed, so we can read books to her pre-sleep. 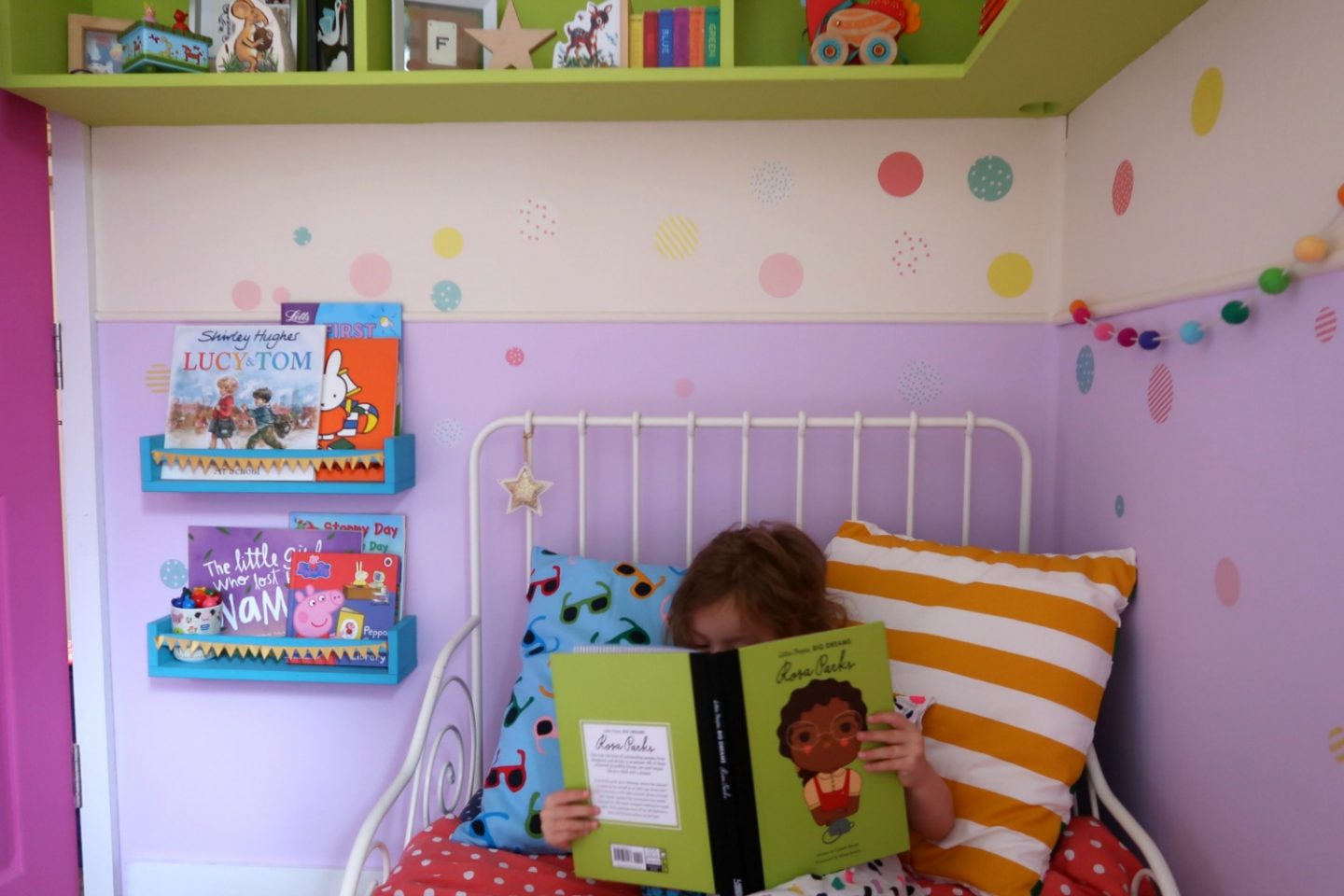 As they are by her bed, they also surprisingly useful for housing various objects including her evening water cup and whichever mini toy is the current favourite.

I have a whole load of ideas of IKEA hacks for children over on my Pinterest board.

We’ve been doing lots of work on the house recently. It’s not so much because we have a baby deadline now, but I’m so sick of it not being done. I do think it’s probably extreme nesting on a three-storey scale.

So there’s been more paint in Eliza’s room, where  the only useful build-in cupboards in the house that we’ve left up – out of many – were the boxed-in shelves above her bed, so we (Alex) painted those bright green. I can’t take any credit for it as it was all his idea. 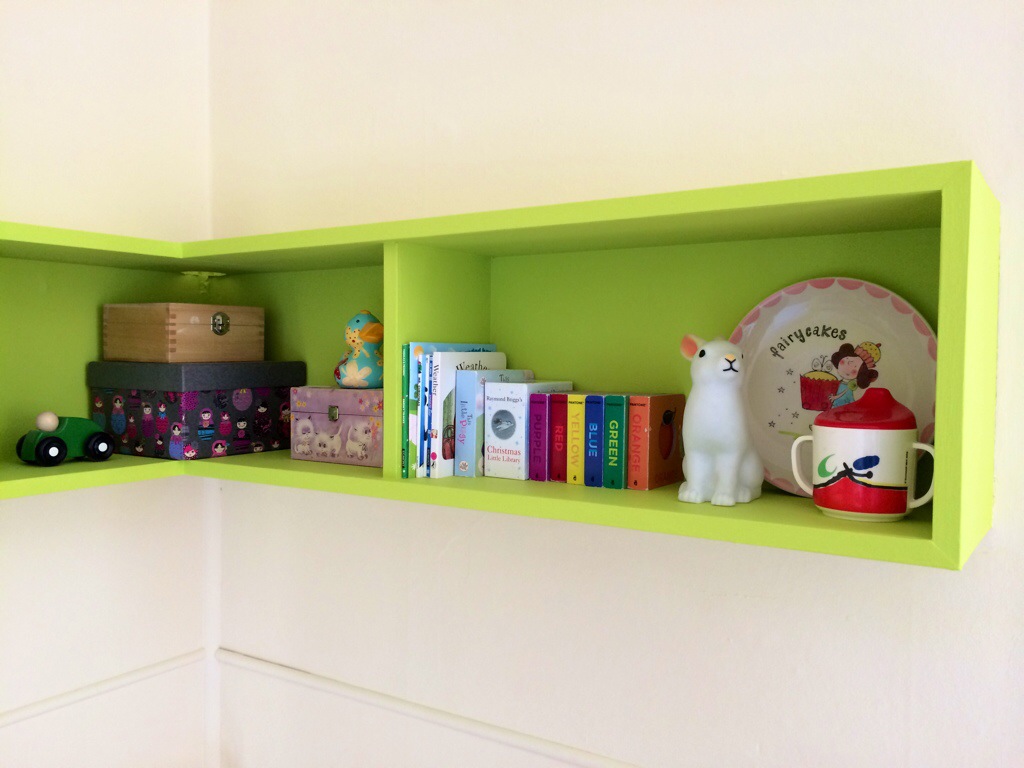 We all loved the colour so much we used it on her door as well, which previously had a terribly streaky whitewash. 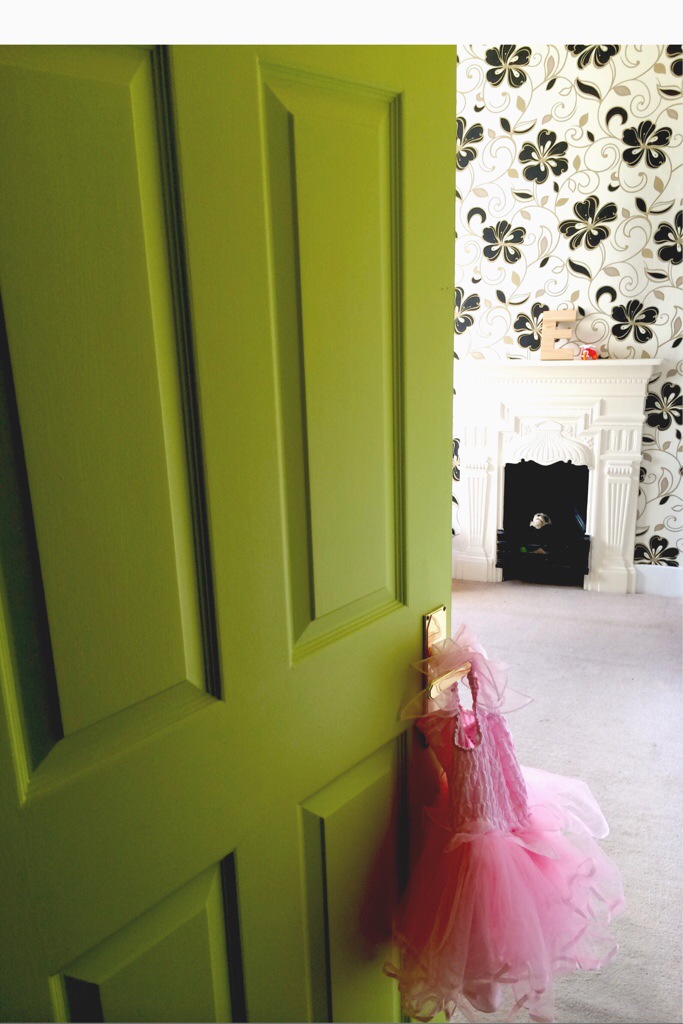 Breaking news, we also painted our awful red fireplace (it looks a million times better, will post a photo shortly). 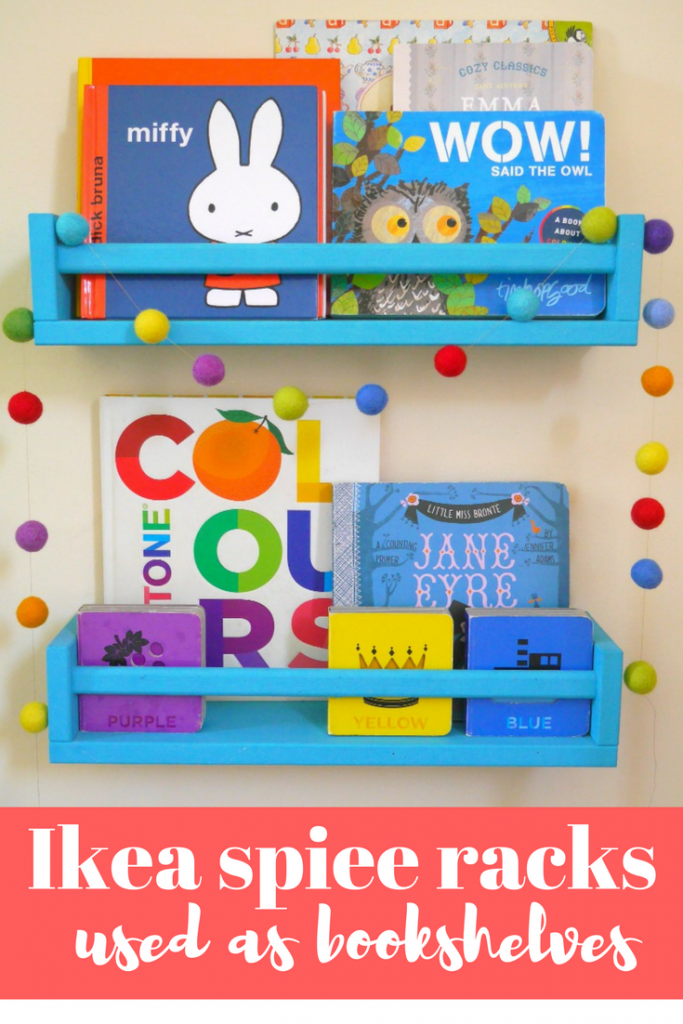 If you liked our post on Ikea spice rack bookshelves: