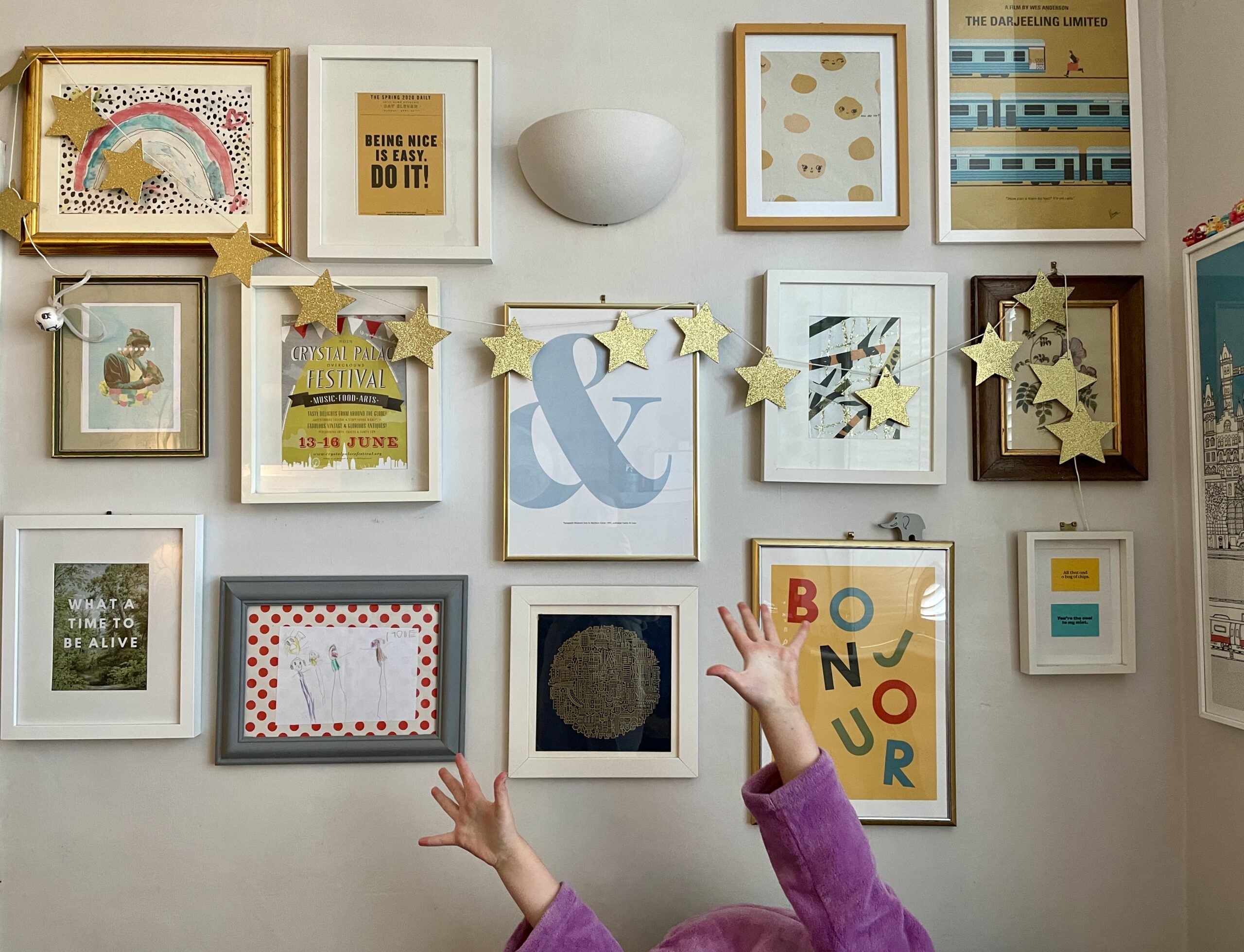 The One Where We Finally Caught Covid

Like the majority of primary school-aged children in the UK, and their parents, we spent the most of January isolating at home after we all caught Covid 19.

This was due to the HUGE amount of cases that were around at that point. Everyone we knew had it.

But I suspect it was also due to tempting fate with the amount of ‘I’m amazed we haven’t caught Covid yet!’ conversations we had with other parents at pick-up, drop-off and over What’s App.

Nearly two years into the global pandemic, though, it felt like we’d escaped Covid for so long. Our luck had to run out at some point, right? (You can read about our lockdown experiences in parenting in a pandemic).

When Covid Caught Up With Us (Finally)

And then it did! At the start of the year there were so many positive cases all around us that we were all testing every day before school, just in case.

But it was still a bit of a strange shock when the first test actually turned positive (it really was!)

Especially as our first Covid-catcher had no symptoms at that point.

And of course the rest of us followed soon after, like dominoes. Me first, because as as a mum, it feels kind of inevitable, doesn’t it? When you’re constantly that close to the infected child and they’re coughing deep into your soul. Followed by the second child and then a whole week later, my husband.

However, we felt like we’d been really lucky to have avoided it for so long, all be in really good health, had a relatively unaffected Christmas, and were up-to-date with our vaccinations at that point.

The Covid-19 variant we caught was of course, Omicrom, which at that point was / is the dominant strain in the UK. As both us adults had been vaccinated and boostered before Christmas I’d naively assumed that we wouldn’t get ill and the children would be asymptomatic. But yes, that wasn’t the case. It really wasn’t the ‘mild cold’ that people had mentioned. Especially not for the children.

They are both absolutely fine now, thank goodness.

Feeling ill and dealing with ill kids and coping with the dreaded homeschooling was not the one (we avoided until everyone was feeling better).

We went through a LOT of Calpol. I filled in the NHS Track & Track forms for what felt like forever.

How Long We Tested Positive With Omicron For

At this point (January 2022) the regulations about self-isolating for ten days were still in place. However, from day 5 onwards if you had two negative tests in a row then you could leave isolation early.

However, this turned out to be one of the worst things as it gave me such false hope that we’d have two negative tests on day five and six and be out ASAP. I naively assumed that this would happen!

But obviously it didn’t, and we all still tested positive way beyond that. Anecdotally, I don’t think many people I’ve heard of tested negative that early.

What Helped When We Caught Covid

Once you’ve read this post on when we caught Covid, read: