Holly Willoughby and working in pregnancy – can you work up to your due date?

Can you work up to your due date? How about working up to 39 weeks pregnant? I’ve been thinking about this over the past few days in light of Holly Whilloughby’s admission that she is working up to due date – her due date. 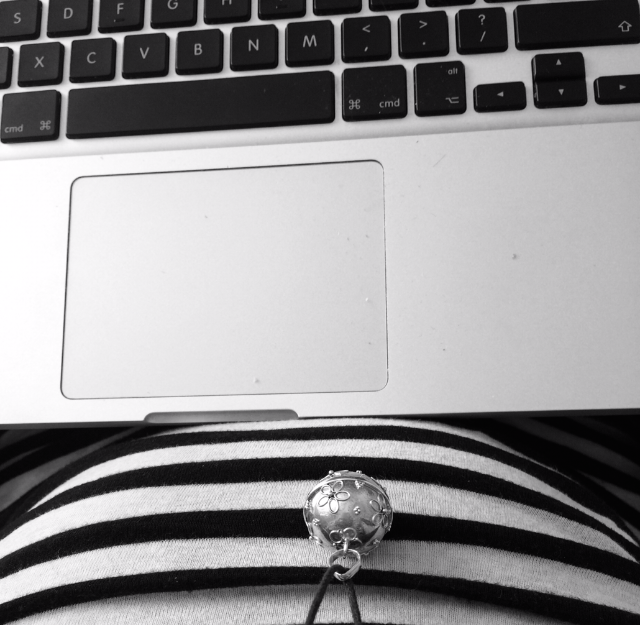 I was very nearly on the radio this week, talking about Holly Willoughby’s announcement that she plans to work right up to her due date with her third pregnancy.

Then some important breaking news happened, so my interview didn’t (and it remains that the first and last time I was on the radio was when I was very young – the dizzy heights of Radio Shropshire no less, talking about the Fergie and Prince Andrew Royal Wedding, way way back in the swirly mists of time).

But I think Holly W’s announcement is a really interesting topic, and clearly one that is of interest as there has been so much coverage. So…working right up to your due date – should you? And if not, when’s the best time to go off work and on to maternity leave?

Can you work up to your due date?

Like most things pregnancy, it’s an entirely personal choice, isn’t it? It’s likely to depend on a complex combination of factors including how you feel physically and emotionally, the type of pregnancy you’re having, the job you do, and often, all things financial.

What did everyone else do, and was it different with second – and third, and fourth – babies? First time round, I put my out of office on for maternity leave in mid-December, at about 34 weeks, as Christmas seemed like a natural break for my expected-in-January baby. I found work and the daily commute stressful and exhausting at that point, so was more than ready. I had a great six or so weeks buying all the last minute baby bits, seeing my NCT friends, and lounging around on the sofa watching terrible TV thinking “is THIS IT?” at every twinge.

This time round, things are really different. I’m self-employed, which is brilliant, but means I don’t have the nice comfortable maternity pay package I did last time. Part of what I do is this blog and blogging, which won’t take a hiatus just because I am. And as the post-baby time is more important, I’m likely to be working right up until the last minute. Or, at least, a couple of weeks before.

However, I’m incredibly lucky to feel pretty good at the moment, having spent the last few days raging a one woman war on the unspeakably awful woodchip wallpaper that haunts our hallways *flexes muscles*. Despite still having lots of risk factors, I’m having a much less difficult pregnancy than last time; touch wood it stays that way. I really enjoy work, and find that looking after a toddler is more exhausting and my work days – admittedly, sat in front on a laptop, often on a sofa, in my own home – more of a break. So it’s not all bad.

Obviously I can’t speak for Holly Willoughby, but as it’s her third pregnancy she must know her own body and limits – so if she wants to do it, why not? Pregnancy isn’t an illness, so if you feel up to working really close to your due date, why shouldn’t you?