This week I’ve been dusting off my GCSE Textiles skills and making Eliza a children’s play tent…so how did it go? 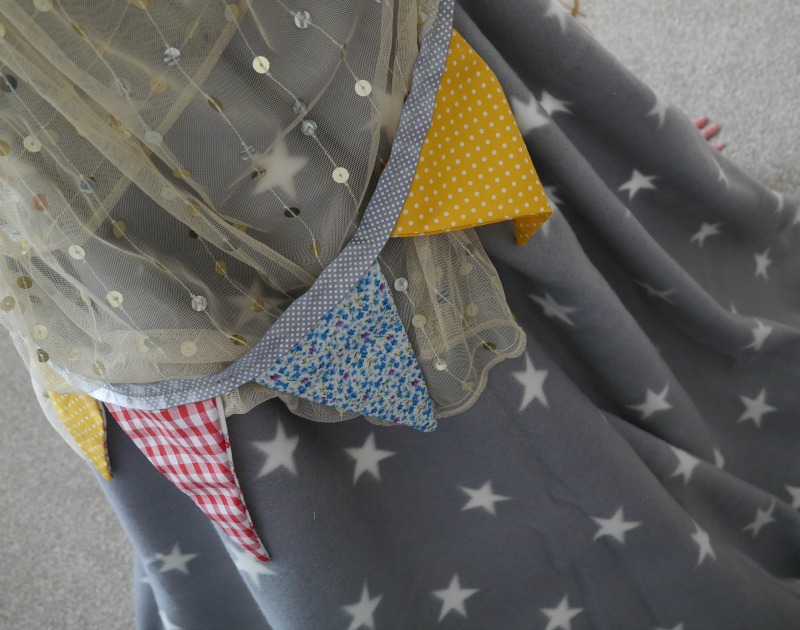 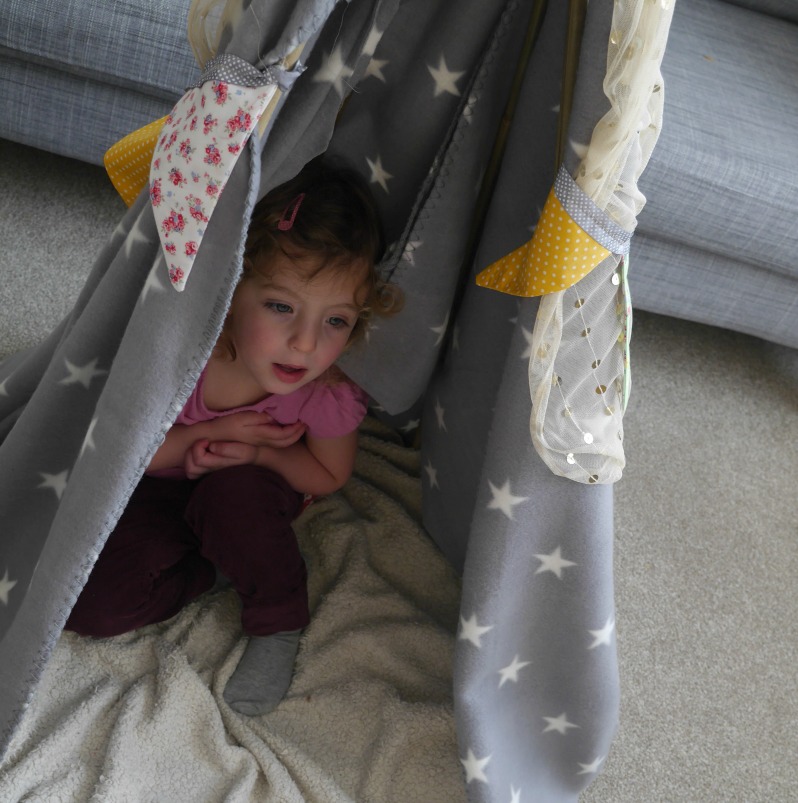 We were stumped when it came to something to buy for her birthday, coming so soon as it does after Christmas. All our friends and relatives usually buy her brilliant gifts and in the style of most modern toddlers, she’s already acquired so much stuff.

In the end I thought about making her something instead. I’d had my eye on a tepee-style play tent for a while (you can see my Tipi-tastic Pinterest board) And when Hobbycraft offered to send me a sewing machine to use on a crafty project, it seemed like a good opportunity to get my teeth into something creative. As a teenager I used to make lots of my own – slightly odd, admittedly – clothes, and there have been lots of times in our new house that a sewing machine would have been really useful to have around. 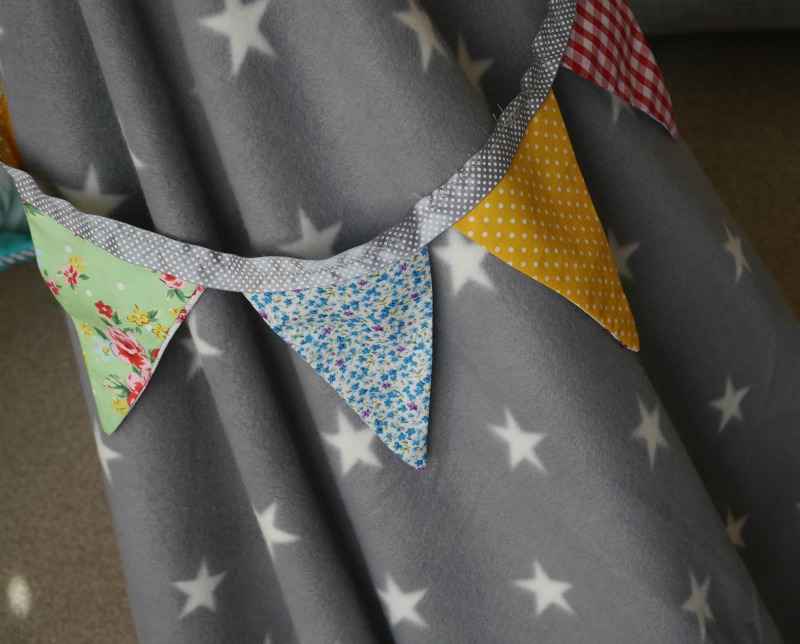 Here’s what I used to make the play tent and bunting: 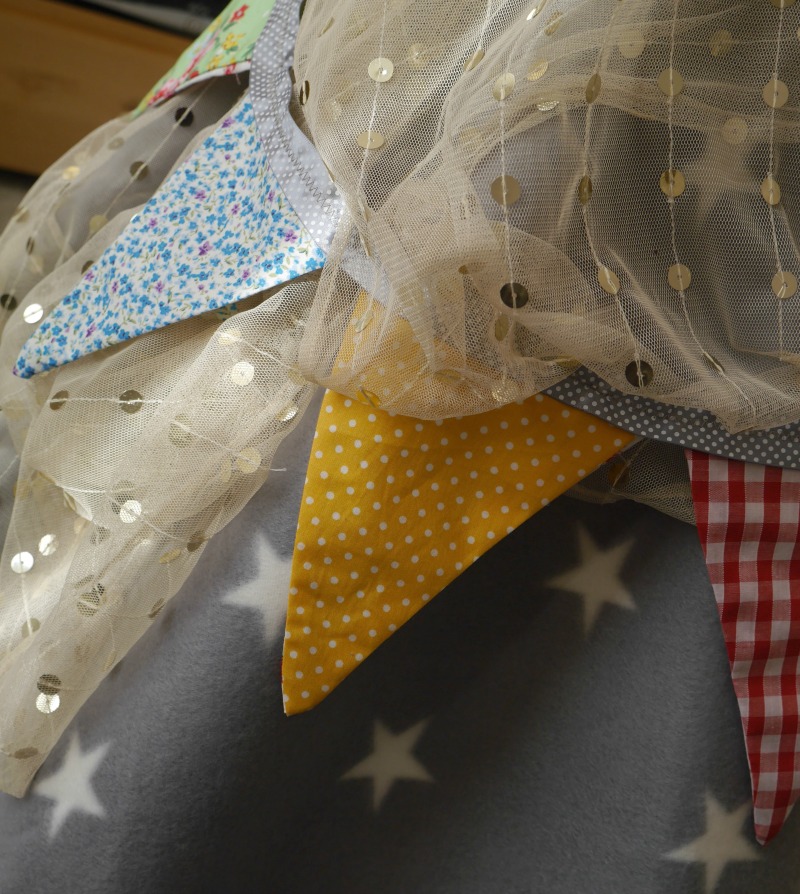 I looked up loads of ‘easy tepee’ guides on Pinterest and thought it really would be easy. Was I right?  Of course not. I initially folded the fabric into one big quarter and snipped out a tiny hole, thinking I could stick the canes through and it would all drape over, but the fabric was both too heavy and stretchy and the poles hated me (really). In the end I cut out some lopsided rectangles and sewed them together. It was still far too big at the top, so some pinning was involved, and it’s tucked under at the bottom.

I know bunting is a bit Royal Wedding circa 500 years ago, but I had a lot of leftover fabric from my brother’s wedding so thought it would work. I made this by sewing together two back-to-back triangles of fabric, turning them inside out and then zig-zag stitching them onto the ribbon. 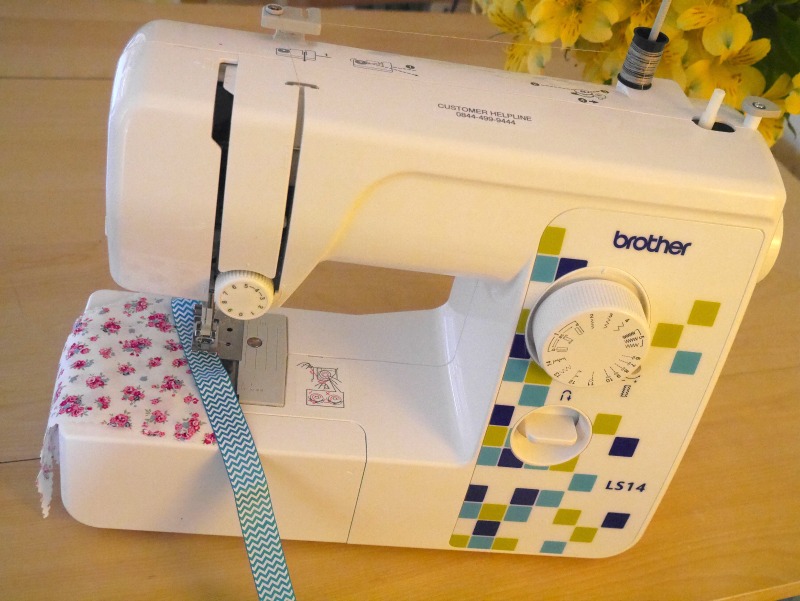 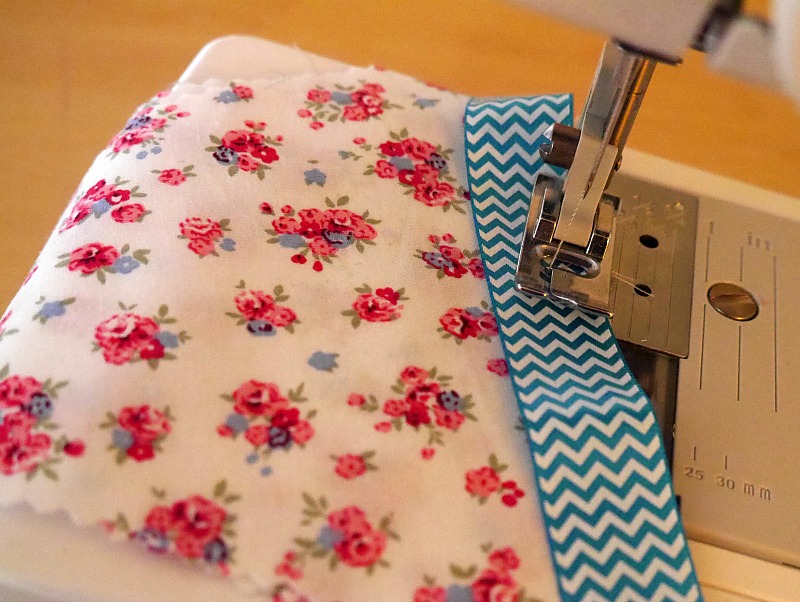 The path to play tent making doesn’t always run smooth, so here’s some tips to avoid:

The sewing machine I was sent – a Brother LS14 that costs around £69 – is really easy to use. Even after a gap of many years I picked it back up again – once both children were in bed – but you wouldn’t really need any experience to make something. There are a variety of different stitches and it’s pretty compact. Considering I used to use my mum’s hand operated Singer (which she still has and uses!) this is a vast improvement. 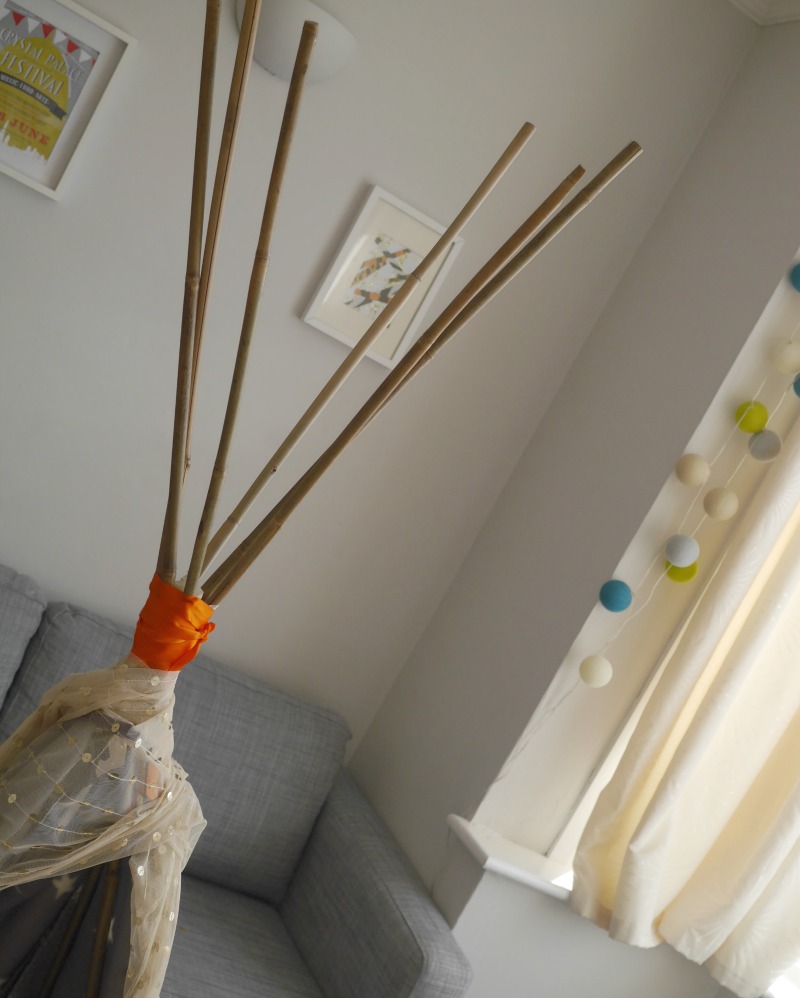 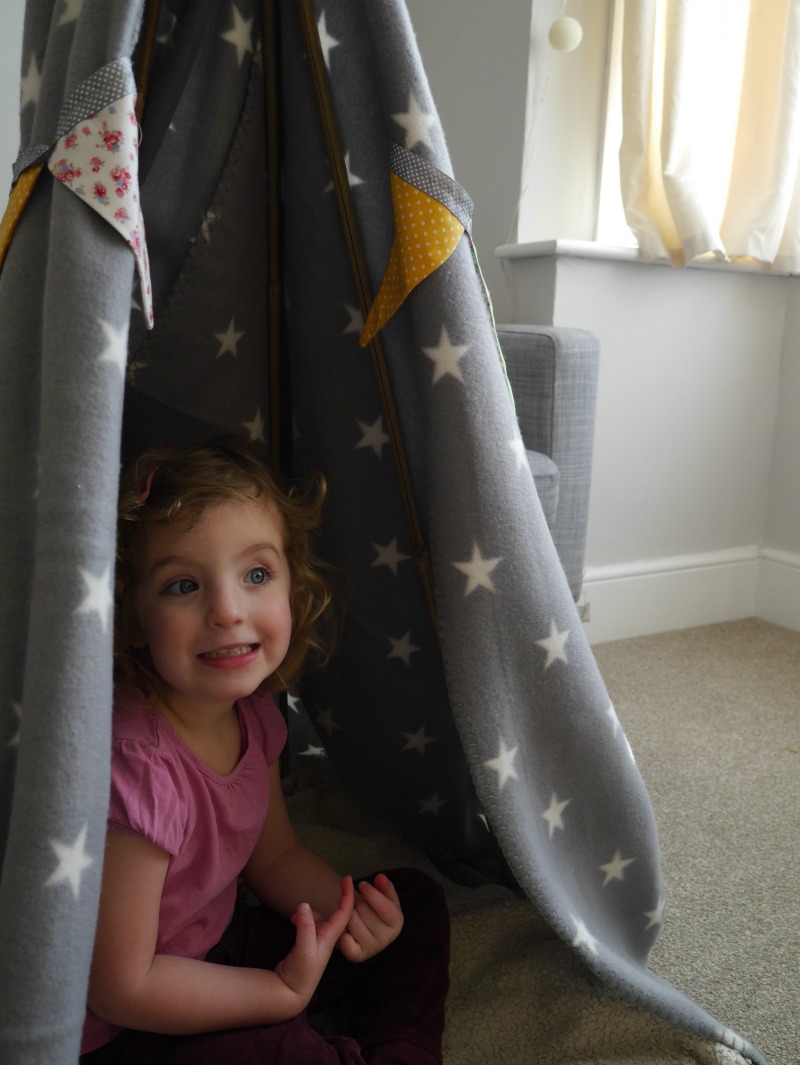 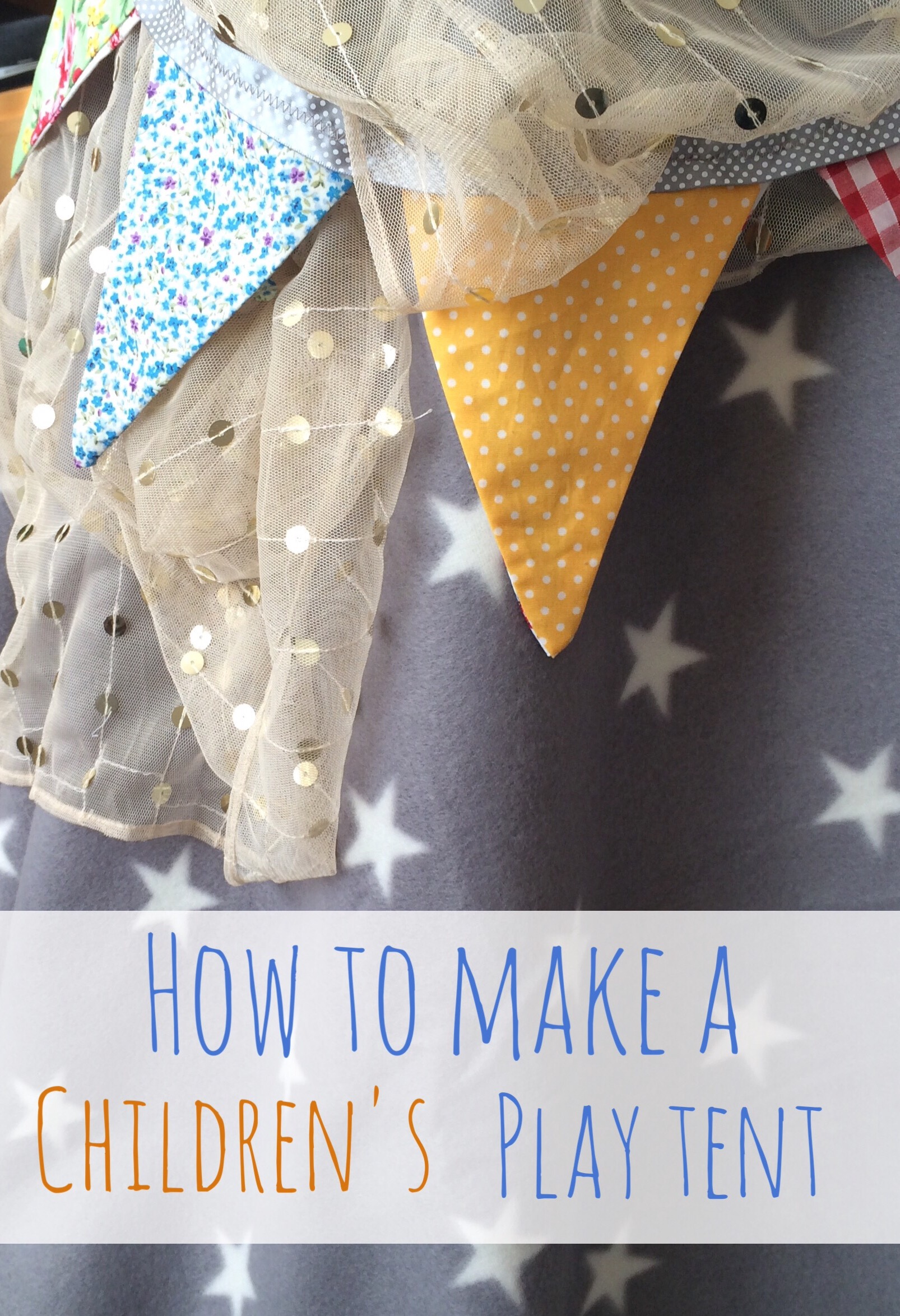 OK, so it may not be the most finely crafted of things, it was at times frustrating and it’s a cosy fit for one, but Eliza really likes it. Which is all that matters to me.

Looking forward to using it outside in summer.