How To Make A Felt Ball Garland

Here’s How To Make A Felt Ball Garland

I’ve been looking at buying a felt ball garland for Eliza’s room for a while now, until it recently occurred to me that I could actually make one.

For some reason thought they’d be a lot trickier to make than they are; turns out is it simple to make a felt ball garland. 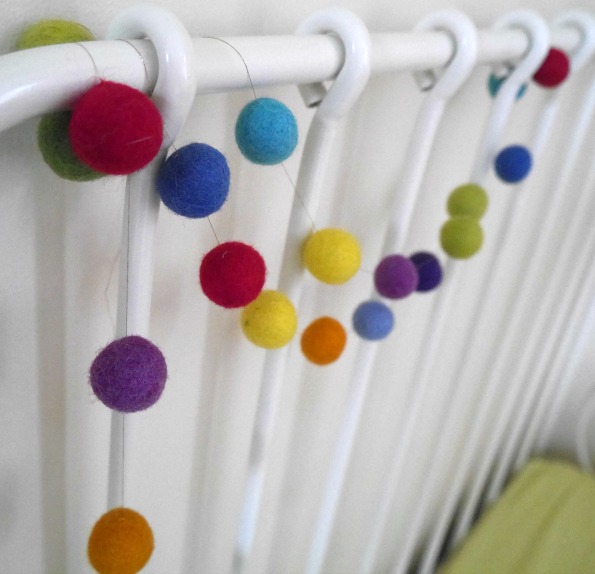 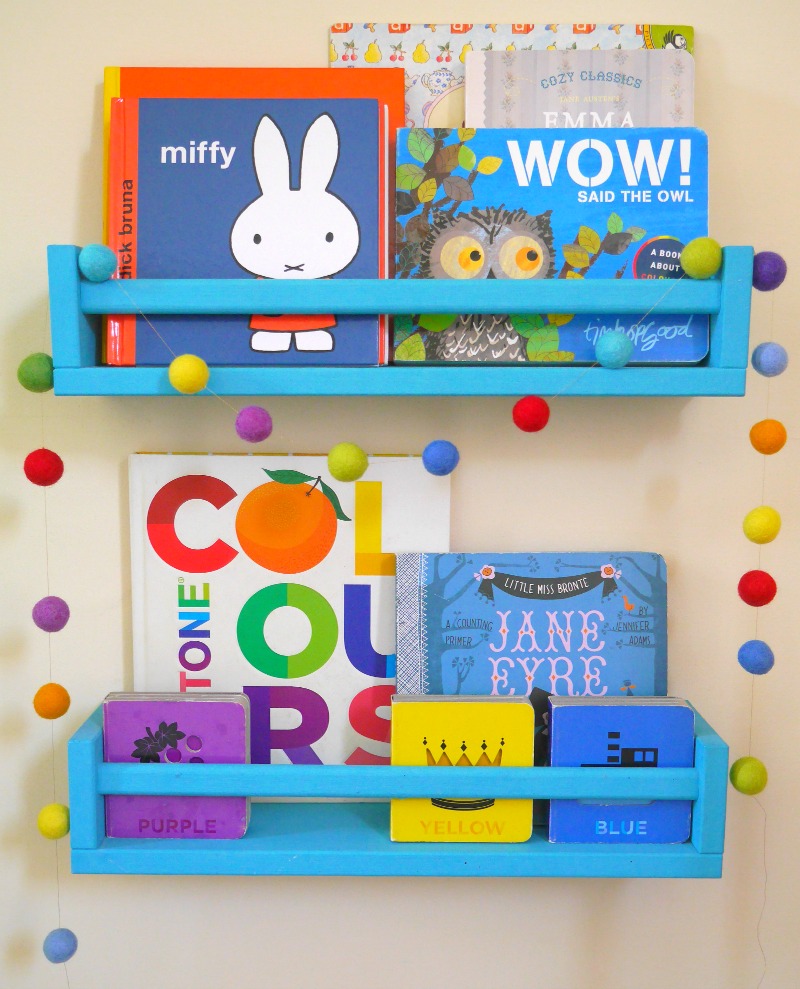 How To Make A Felt Ball Garland: What You Need: 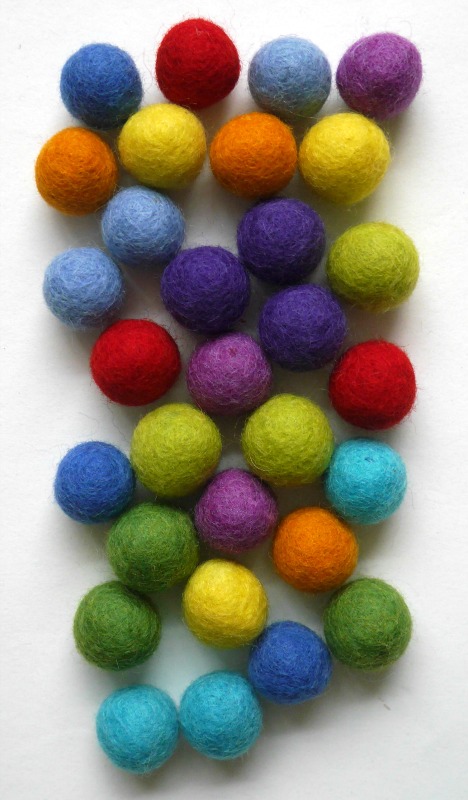 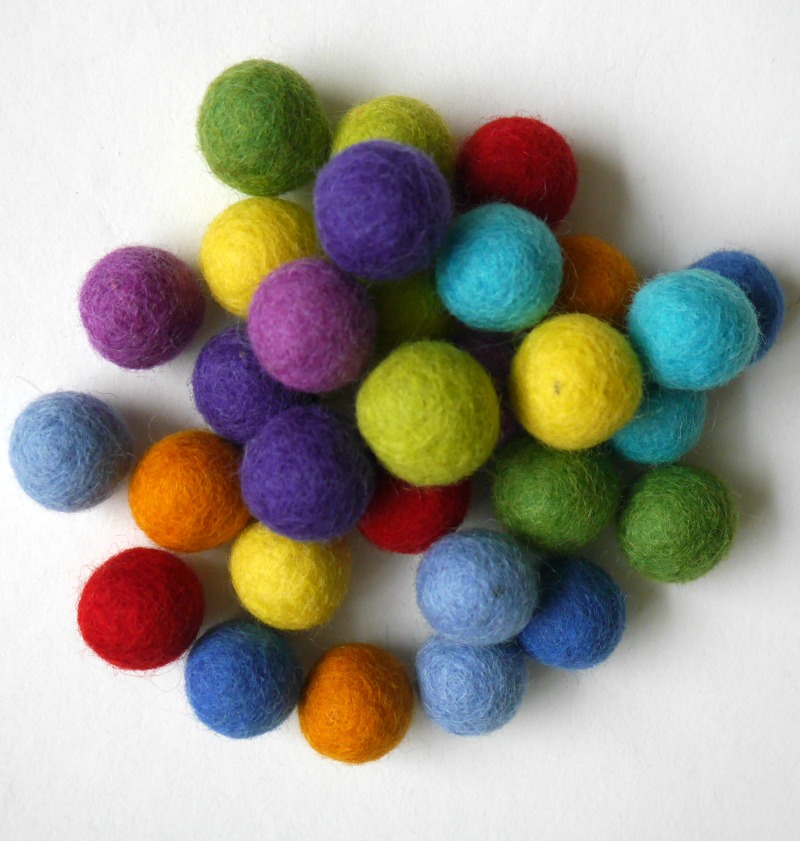 How To Make A Felt Ball Garland: 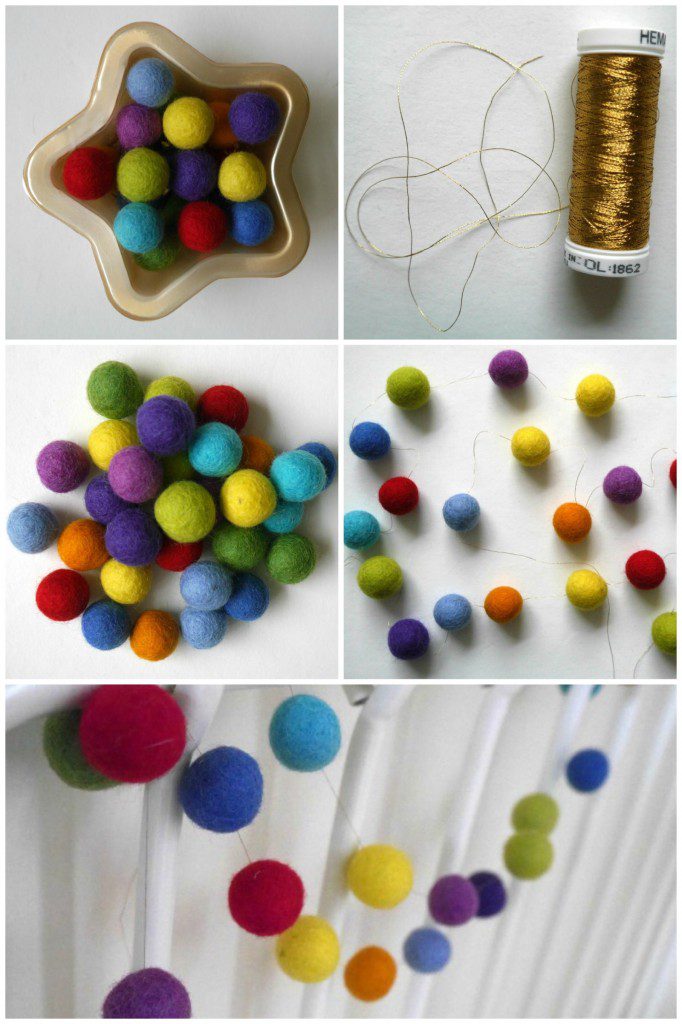 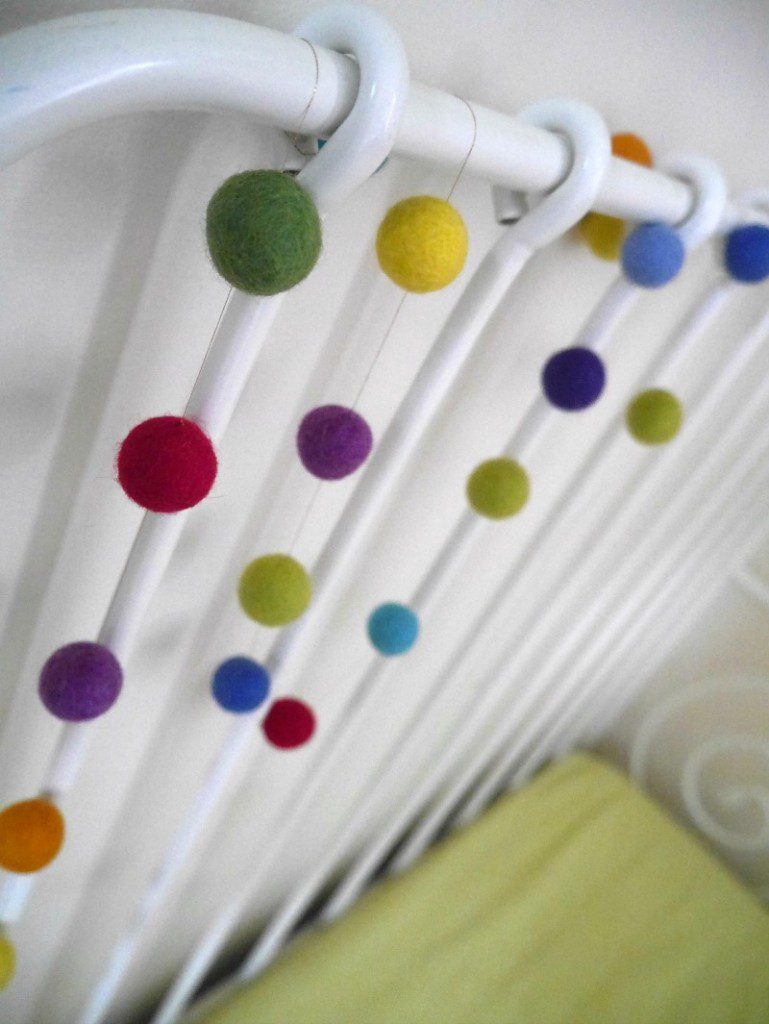 I’ve hung the garland on Eliza’s bed in these photos (she has the IKEA Minnen bed with a white metal frame) and on her IKEA hack bookcases (made out of the IKEA Bekvam spice racks). You can buy the balls in different colours, including a pastel set which would look great for Easter.

This sudden realisation / making idea was inspired by the book Handmade for Baby by Charlotte Rivers and Emily Gregory that I was recently sent to review. 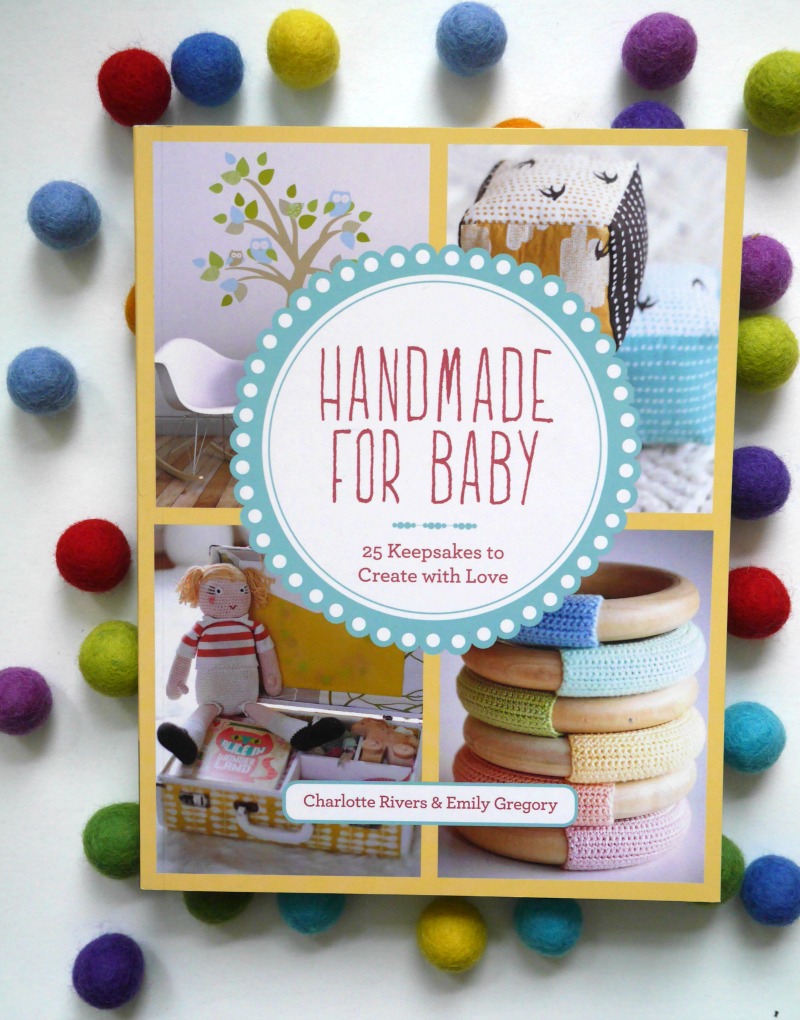 It’s a book that contains ideas and how to guides for 25 crafty keepsakes to make for babies and new parents, or to make when you’re pregnant and a new parent. There’s everything from creative birth announcements, nursery mobiles, cushions, toys and simple clothes like baby harem pants, designed for makers of all skills and levels of craftiness.

I really liked this book, especially as there are none of the slightly twee things you might expect. Everything is colourful, tasteful and fairly gender neutral. I also really liked the ‘inspiration’ pages, which have lots of ideas for making things of your own. The felt garland isn’t in the book, but it gave me the idea, and there’s also a felt mobile you can make. The book is filled with exactly like the type of things I pin on Pinterest, and it’s actually given me the impetus to start making things (instead of just pinning them – sound familiar?)

Where Can You Buy Felt Balls From?

I bought mine from Amazon, in a pack – although you can also buy them from eBay and craft stores.

You can also make your own felt ball garlands if you’re feeling adventurous! 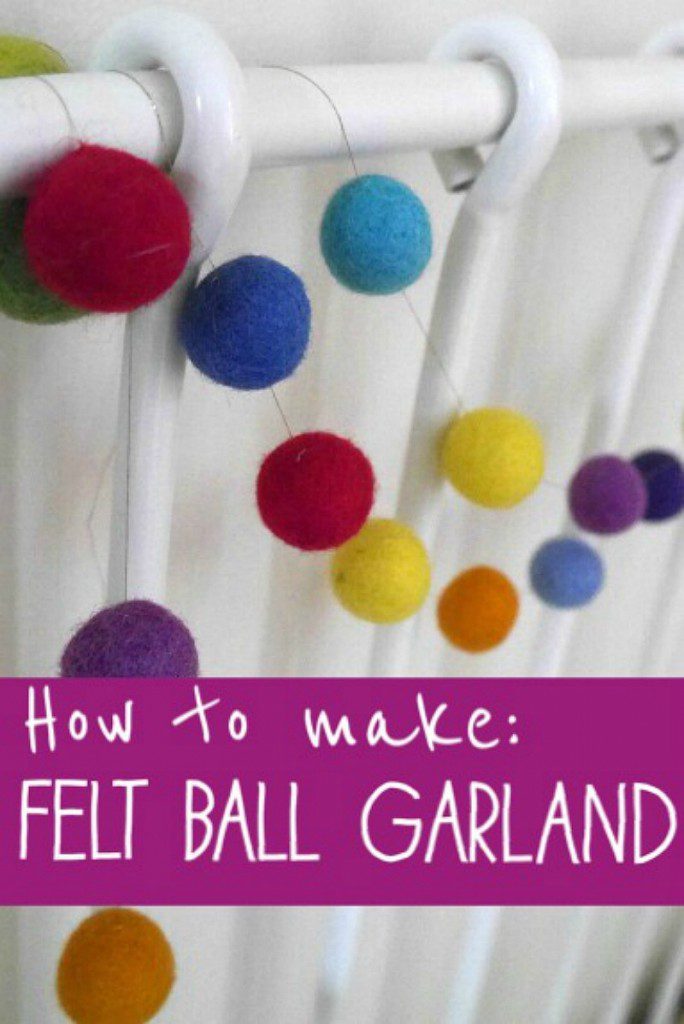 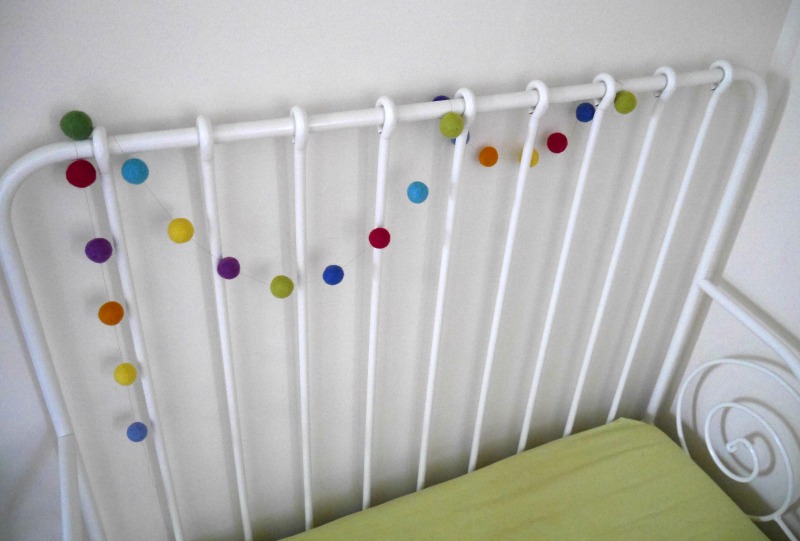 More crafty things; how to make a children’s play tent and salt dough bunny decorations. Follow me on Pinterest for me ideas on things to make with felt – I’m gill_crawshaw.