Want to make really easy Easter salt dough decorations? Here’s a simple recipe to make salt dough, which is great for kids to follow and help decorate, too. 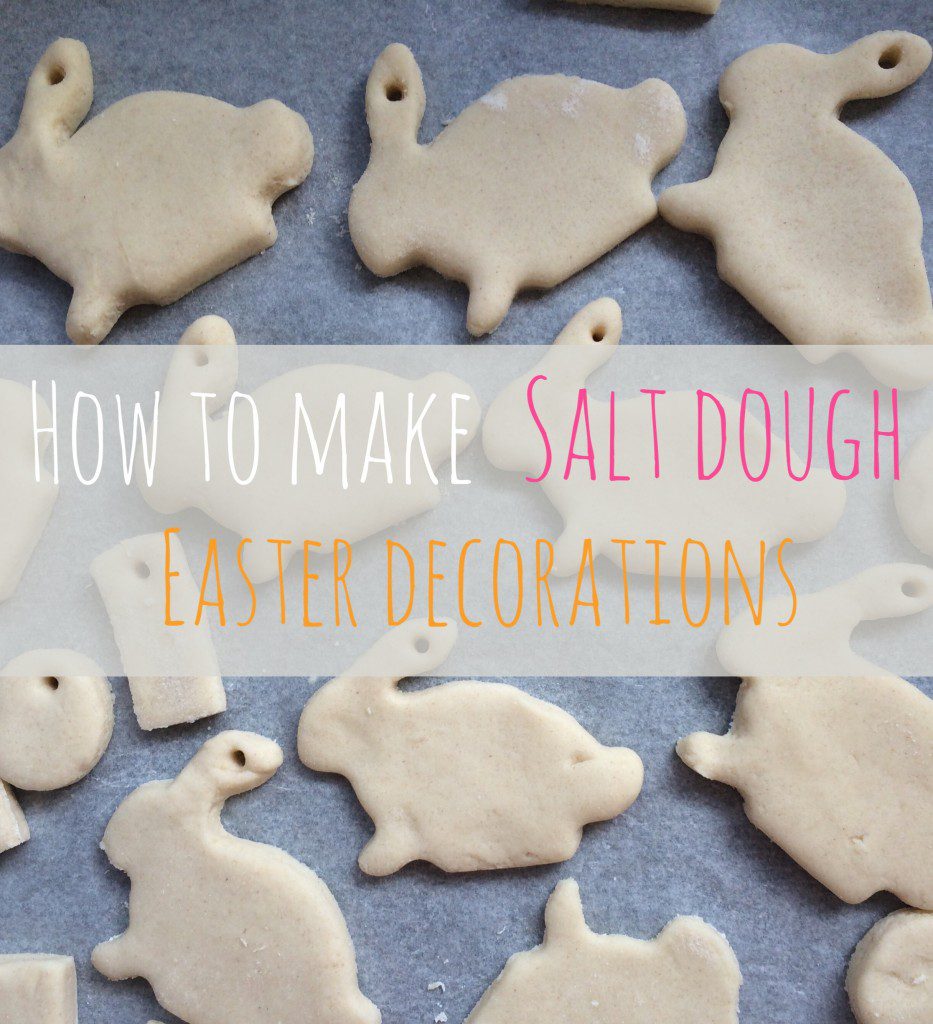 Shh! Eliza and I have been on a top secret Easter making-mission this weekend – Grandmas, look away now – crafting up some salt dough bunnies and Easter decorations.

We’re spending the long weekend up with relatives in Sheffield, so wanted to do make something with an Easter theme we could give to everyone (and post it down to my mum and dad too).

I thought it would be fun for us both to do something a bit different that was likely to hold Eliza’s interest for longer than about thirty seconds, and knew she’d love the all the messy stages of salt dough (making the dough, kneading, painting – and most of all, getting flour everywhere).

We inherited a set of shape cutters my mum kept from when we were younger. There’s a set of Mr Men as well as animals and various shapes. There was also a bunny from my own childhood that has been used to make rabbity-shapes for over 30 years. 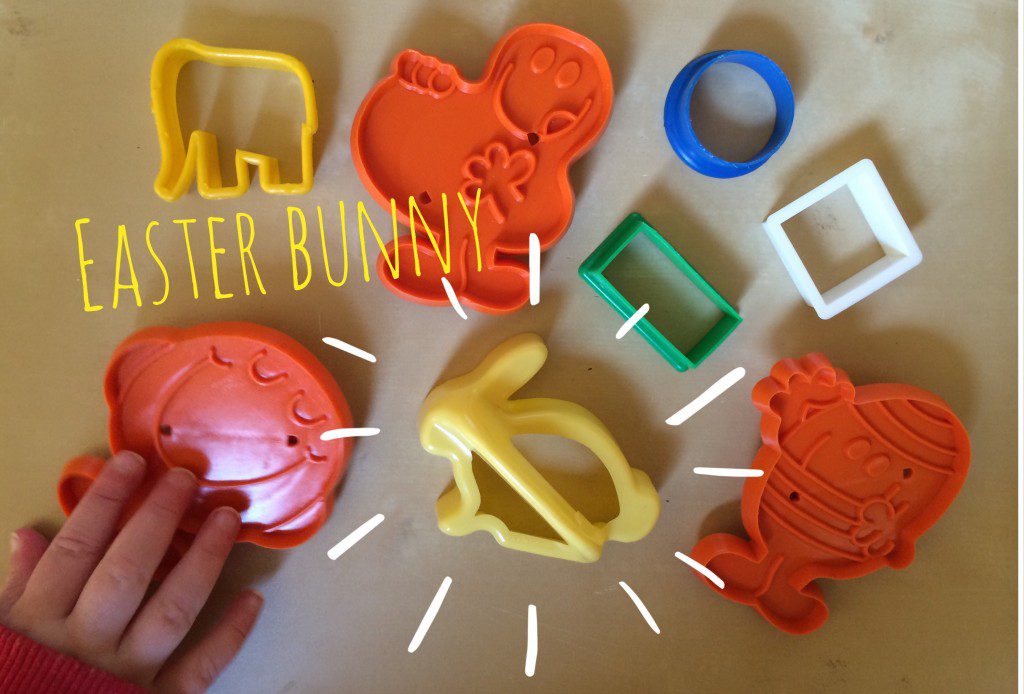 So I decided that we were going to make some painted salt dough hanging shapes with an Easter theme (bunnies, eggs, and, erm jewels?) Growing up, we always had a festive Easter tree, and thought even if people didn’t have one they could hang them in their kitchen.

Making the Easter bunnies (and a salt dough recipe)

We used the usual salt dough recipe of half half whole (half a cup of salt – normal table stuff, half a cup of water, whole cup of flour).

For the salt dough decorations, you will need: 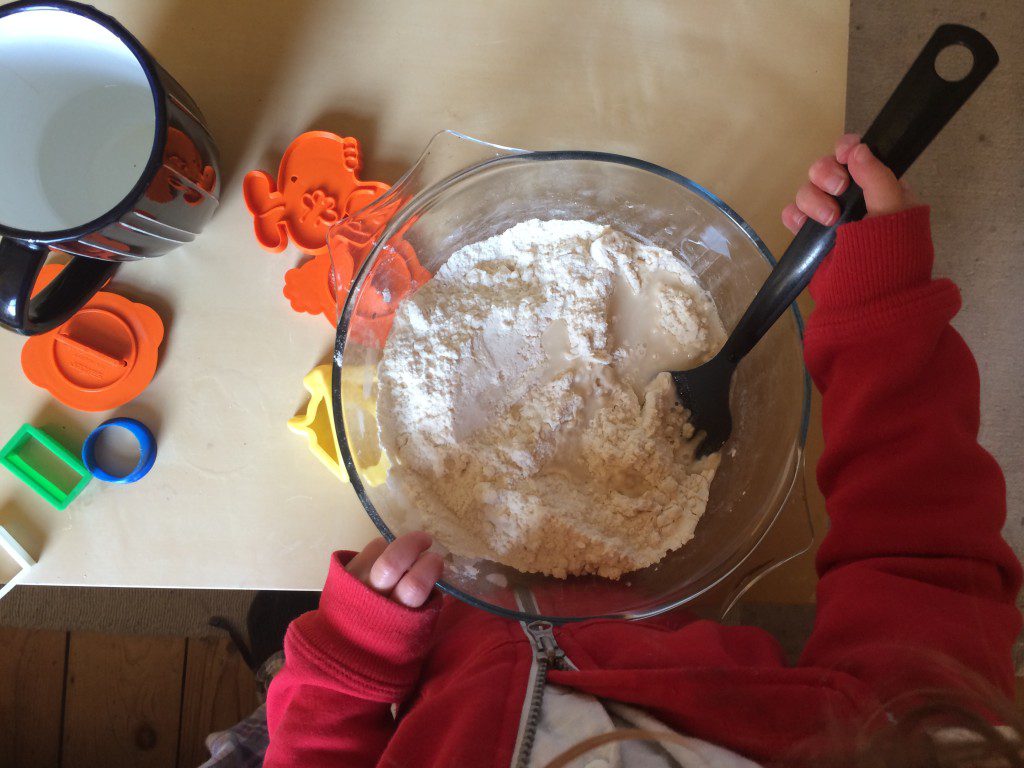 To make the salt dough decorations:

Once they were cool, I got my mini Picasso to get to work with some paint.

How To Decorate Salt Dough Decorations

We added a first coat, which was yellow… 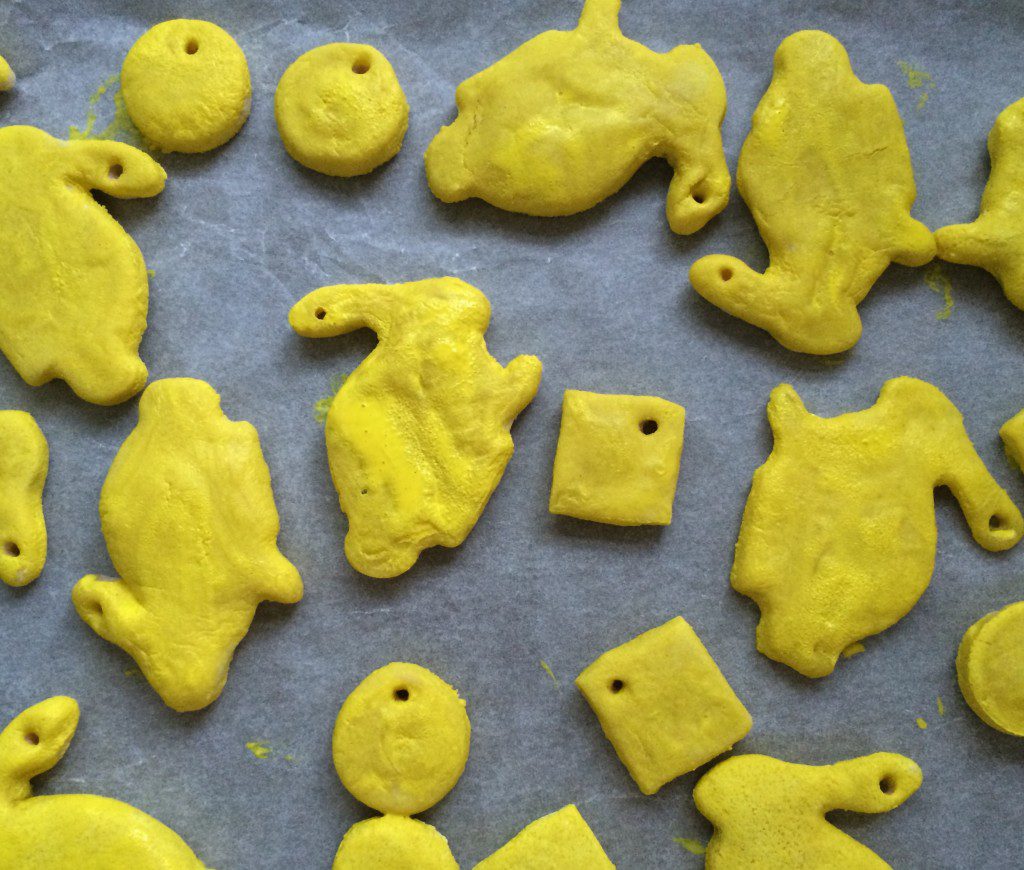 And then we added a second coat of gold to the Easter salt dough decorations, and added glitter. But you can decorate them however you like! 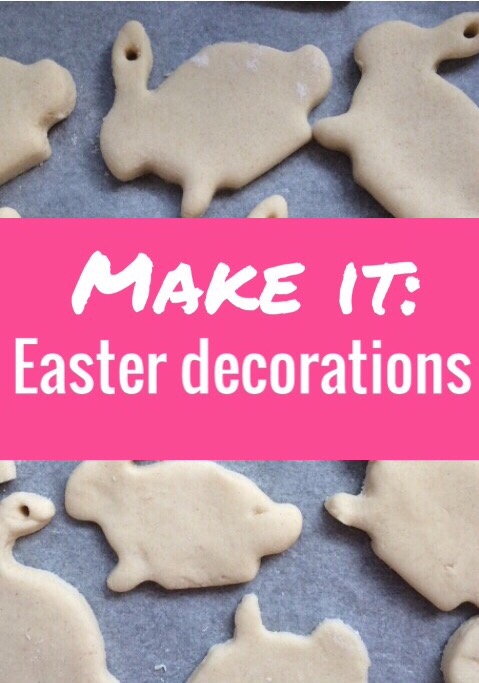 Once you’ve read my post on Easter salt dough decorations, you can also read my posts on: