Have you heard about the new Graco Modes 3 Lite Trio? It’s a brand new three-in-one travel system, suitable from birth to 15kg, that comes with the Graco SnugRide first stage infant car seat, baby carrycot and toddler seat all as part of the package. Sounds intriguing, and in an impressive display of pram-product Tetris, it all arrives in one box.

We’re working with Graco and our next review is of the Graco Modes 3 Lite Trio; so what did we think? 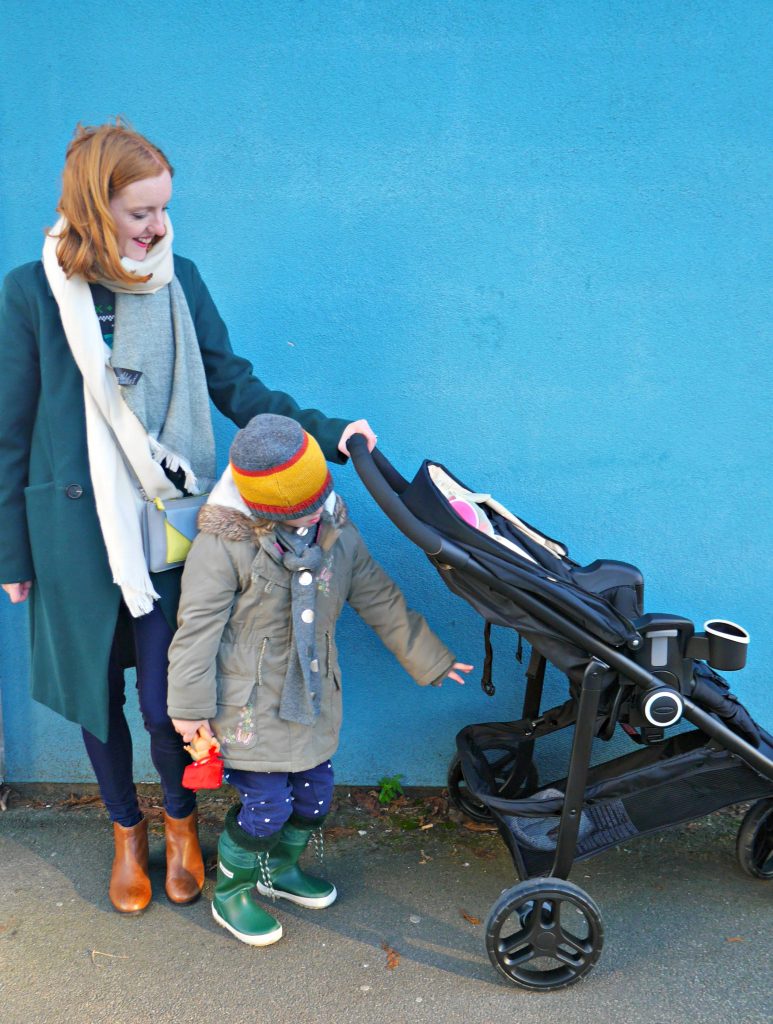 Firstly, what type of pram is it? The Graco Modes 3 Lite Trio is a three-wheeled travel system that offers up to seven different modes of travel, from the car seat through to rear-facing and forward facing seat that’s suitable up to about three years old. It has a five-point safety harness, FastAction one second fold (really…more on this later) as well as ClickConnect technology to make it easy to add and remove the various seat configurations. 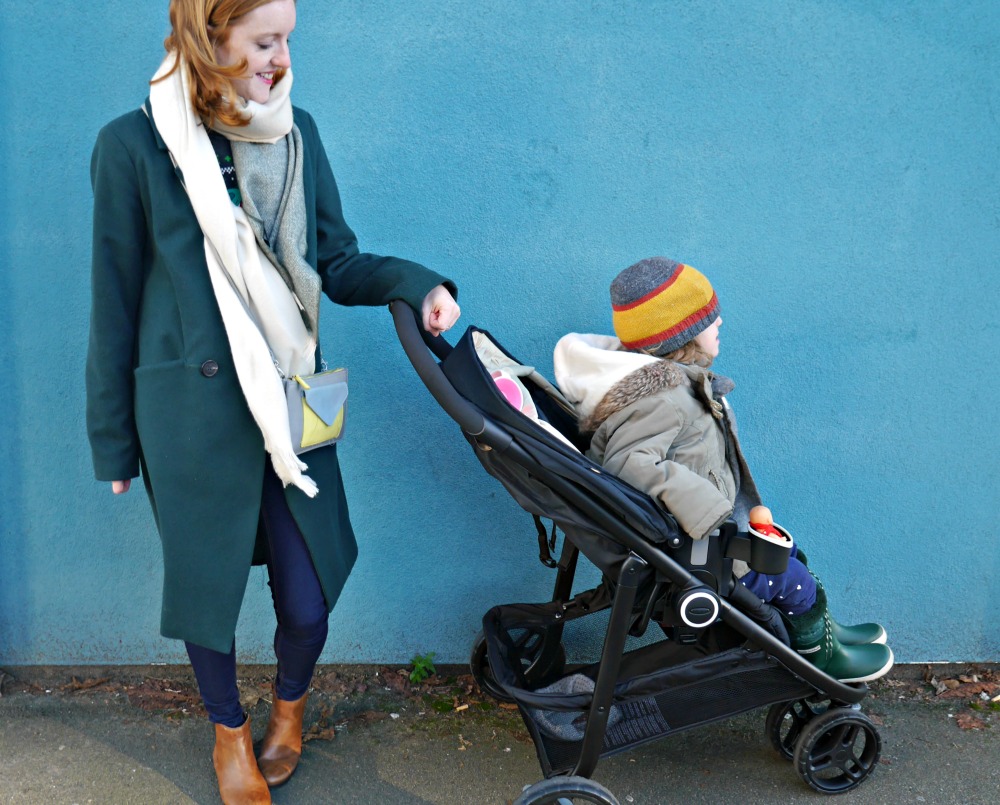 Having a two-year-old we’re well past the baby carry cot and car seat stage – you can see them in the video – so we’ve been testing it out with the forward facing stroller mode. Although the two-year-old was having a ‘no photos’ day, hence her older sister stepping in…

As part of our Graco Modes 3 Lite Trio review, we filmed an unboxing video of us taking everything out and assembling the pram. So what’s in the box and how easy is it to assemble?

The Graco Modes 3 Lite was reasonably easy to assemble – the biggest issue we had was with the back wheels, which were fairly fiddly and took a while for us to get right. But apart from that it is easy to assemble and also to change the configurations (the seat / cot / car seat clips in to the frame). 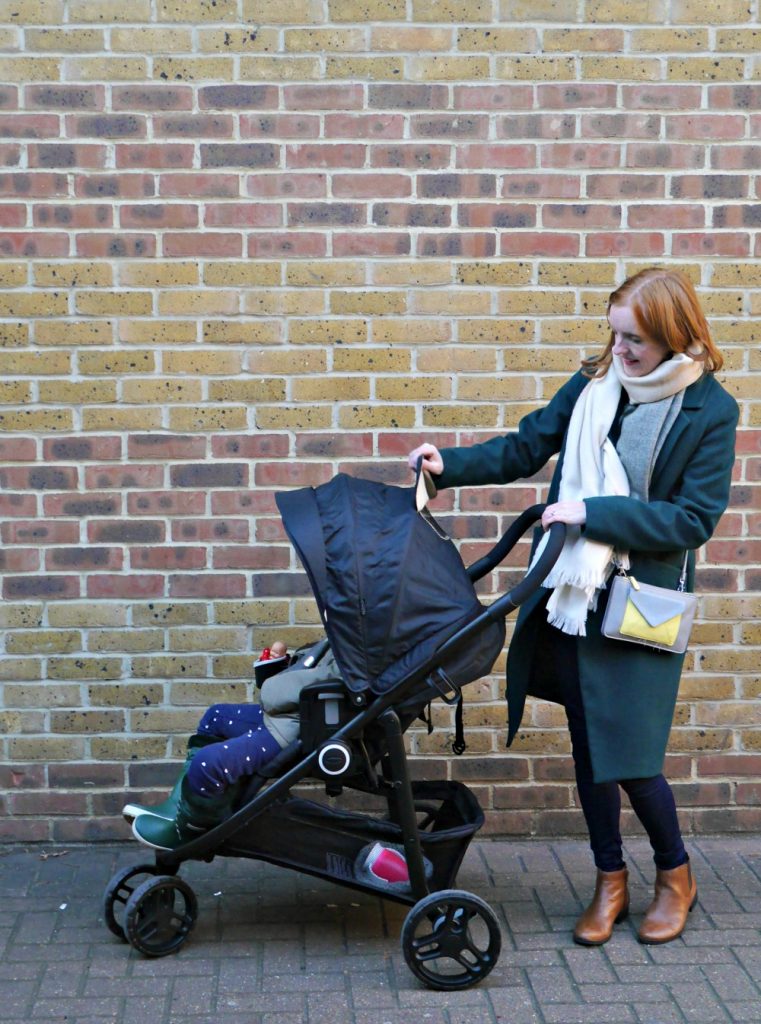 What we liked in our Graco Modes 3 Lite Trio review:

The FastAction Fold: An amazing design feature is the fold on the pram. It is SO simple –  you just pull the fabric lever that’s on the seat – and quick, it folds in seconds, actual seconds. Considering it’s taken me an embarrassingly long while to master the fold on most of the prams we’ve had this is a big bonus (I demonstrate this at the end of the video, so make sure you watch!).

The colour scheme: I’m not a massive fan of patterned prams and so this simple design is perfect.

The design: For a travel system it’s pretty light – even with the toddler seat in – but still really sturdy. And it’s still comfortable, though – both girls liked the deep, padded seat and even my very tall four-year-old who is way past pram age could sit in it. 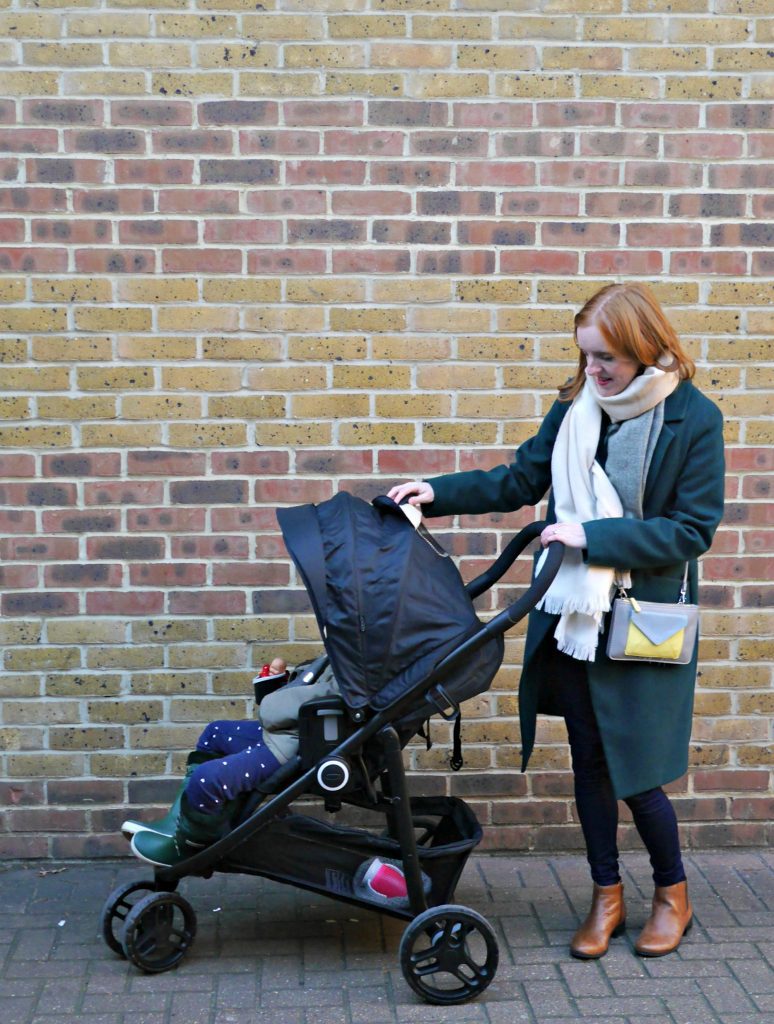 What we weren’t so keen on… 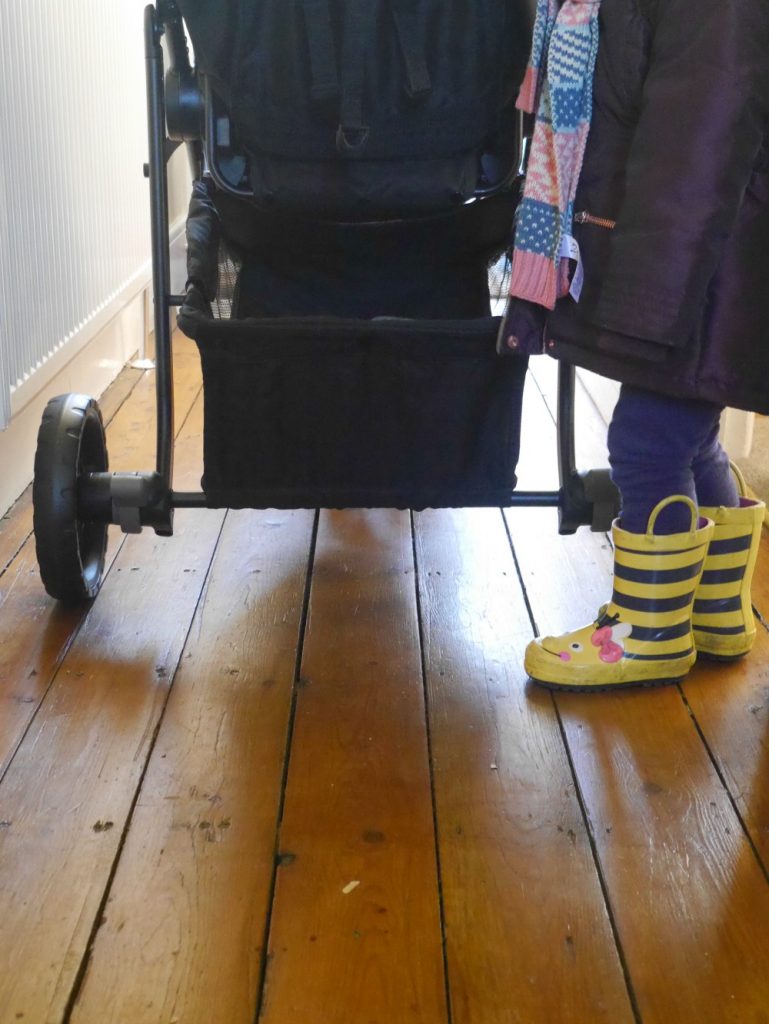 A big sticking point for us is the big back wheel span. We live in a standard-sized Victorian terrace house and the pram only just fits down our hall; we also really struggled to get it in and out of the front door unless it was at an awkward angle. The bus is usually our litmus test for prams and I wouldn’t take the Graco Modes 3 Lite on unfolded as the back wheels are too wide to fit comfortably down the aisle and it would take up most of the pram space.

The handle height: You can’t adjust the handle so it’s permanently at one height. I’d expect than on an umbrella fold but not a travel system.

The cup holder: I’m not a massive fan of this as a permanent feature on any pram. On the Graco car seats the cup holder is removable, which I think would be a better pram feature. Although saying that the girls loved this most of all: 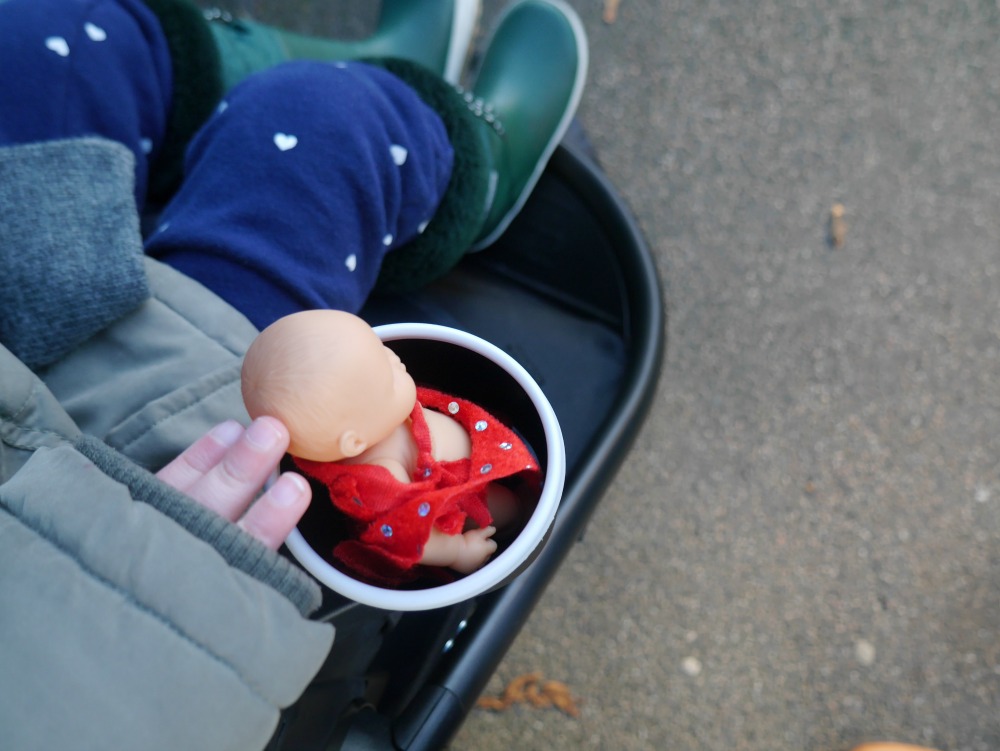 But the biggest plus point is the price. It retails at £389 for *everything.* Considering most people buy a pram then pay extra for the car seat, car seat adapters, carry cot, foot muff and so on, this is really good value for money.

As in our Graco Milestone review, we liked the fact this is a baby product that will last your child a lot longer without you having to buy any additional extras. It’s sturdy and light for a travel system. and the fold is make-your-life-easier fantastic. You’d get the greatest benefit buying this from birth so you can use the car seat and carrycot (it would be a waste to buy this as a stand-alone stroller for a toddler). But if you’re looking for a more budget-friendly pram or travel system that doesn’t compromise on features – and you don’t have small hallways – then this is a really good option. More info on the Graco website. 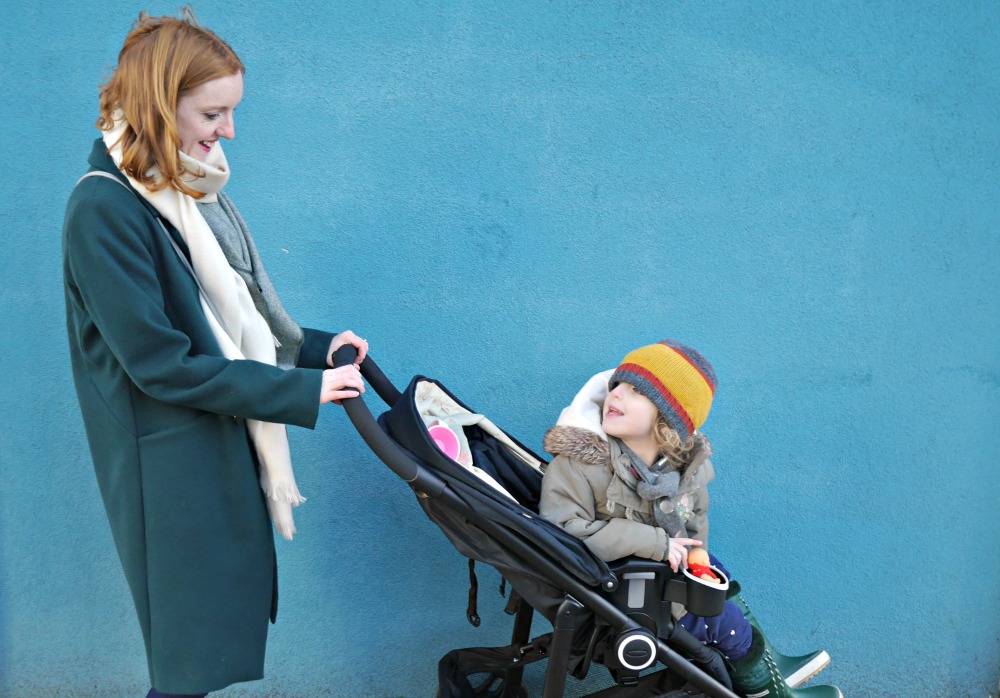 If you liked our Graco Modes 3 Lite Trio review then read our Quinny Moodd review, tips for using public transport in London with a pram, how to get a baby on board badge and post-natal depletion – do you have it?