One thing my two children have in common during the first few months is that neither of them liked being put down. Among the many things I’d forgotten about the early baby months is how much you have to do one-handed – and there’s even more this time when a toddler is involved. 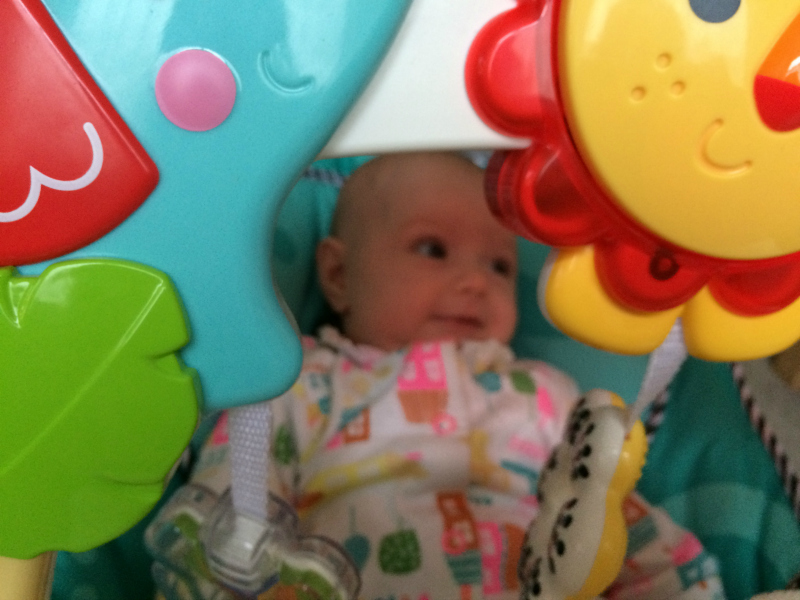 Having a toddler involved also means there are times when you really have to put the baby down, and a bouncy chair is pretty handy for these times. It’s off the floor away from dancing feet, and there is no chance of them rolling off it either.

We were sent the Fisher Prince 2-in-1 Sensory Stages Bouncer chair to review, a bouncy chair for babies that transforms as they get older, meaning you can use it from newborn to whenever they can sit up unassisted. 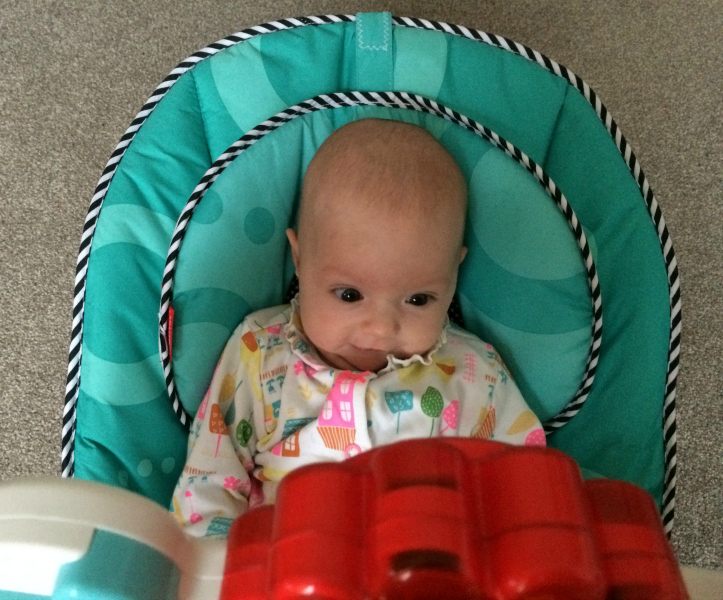 For newborns, the toy bar that is suspended over the chair has black, white and red geometric patterns. And from three months, you can turn the bar round so the brightly coloured animals and – subtle – flashing lights face them instead. The seat is also padded, with a headrest and safety harness, so you know it’s comfortable and secure.

It plays several different songs – most of them are vaguely identifiable – and you can have the music on manual mode or have the baby activate it themselves by pulling one of the dangling toys.

The chair also comes with a vibrate function and it’s suspended on a springy frame that means you can bounce it too. 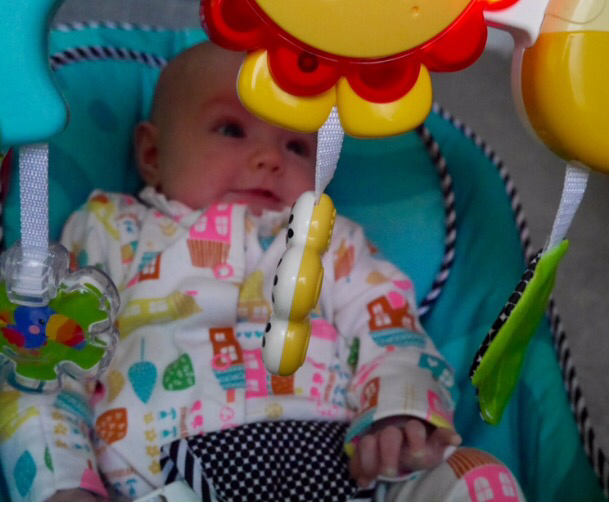 Florence’s favourite thing about the chair? I’m guessing it’s the hanging toys suspended from the bar (a mirror, a rattle, and a crunchy leaf). She has just started gripping things, and is fascinated by these, especially the leaf. 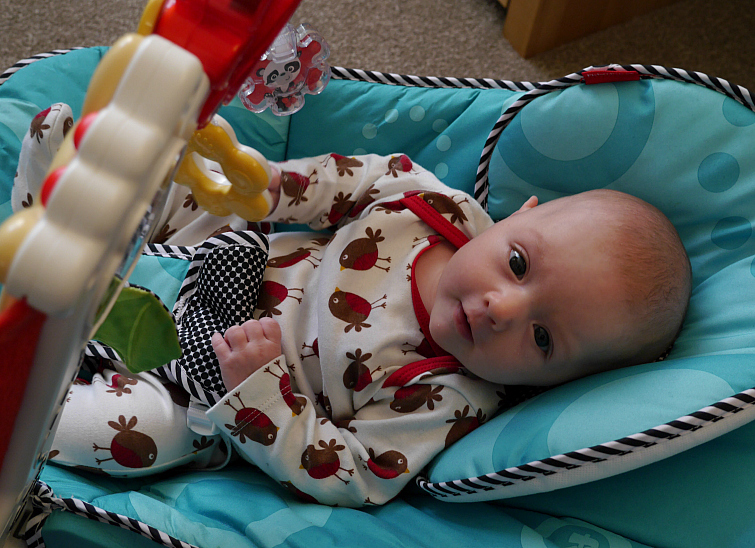 And my favourite thing? Unlike most tinny and annoying music played by children’s toys, the tunes on this chair are really, really soothing. Combined with the soft lights, it’s enough to lull any sleep-deprived parent into a hypnotic state.

At nearly three months she will now sit happily in it for longer periods, which means I can have a break for a few minutes and do more things with two hands (like butter toast, look after the toddler….or jazz hands). 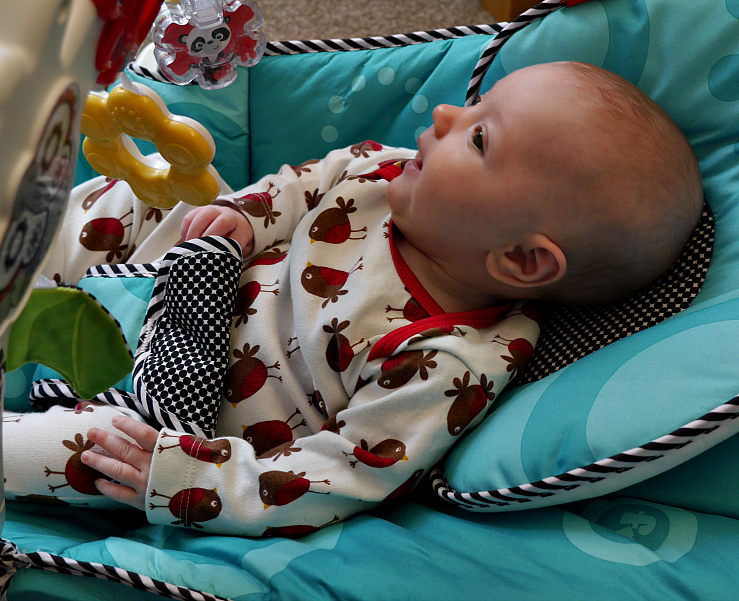 The Fisher Prince 2-in-1 sensory stage bouncer costs around £60 and you can buy it from most major retailers.