Thinking Of Buying A Bugaboo Stroller? We’ve Been Trying Out The Bugaboo Bee 5 – Here’s Why It’s A Perfect Mini City Stroller

The Bugaboo Bee buggy has been given a makeover, and we’ve been trying it out over the past few weeks for our Bugaboo Bee 5 review.

So how did we get on with the new model of the city pram from Bugaboo; is it still the queen bee of lightweight, urban prams? 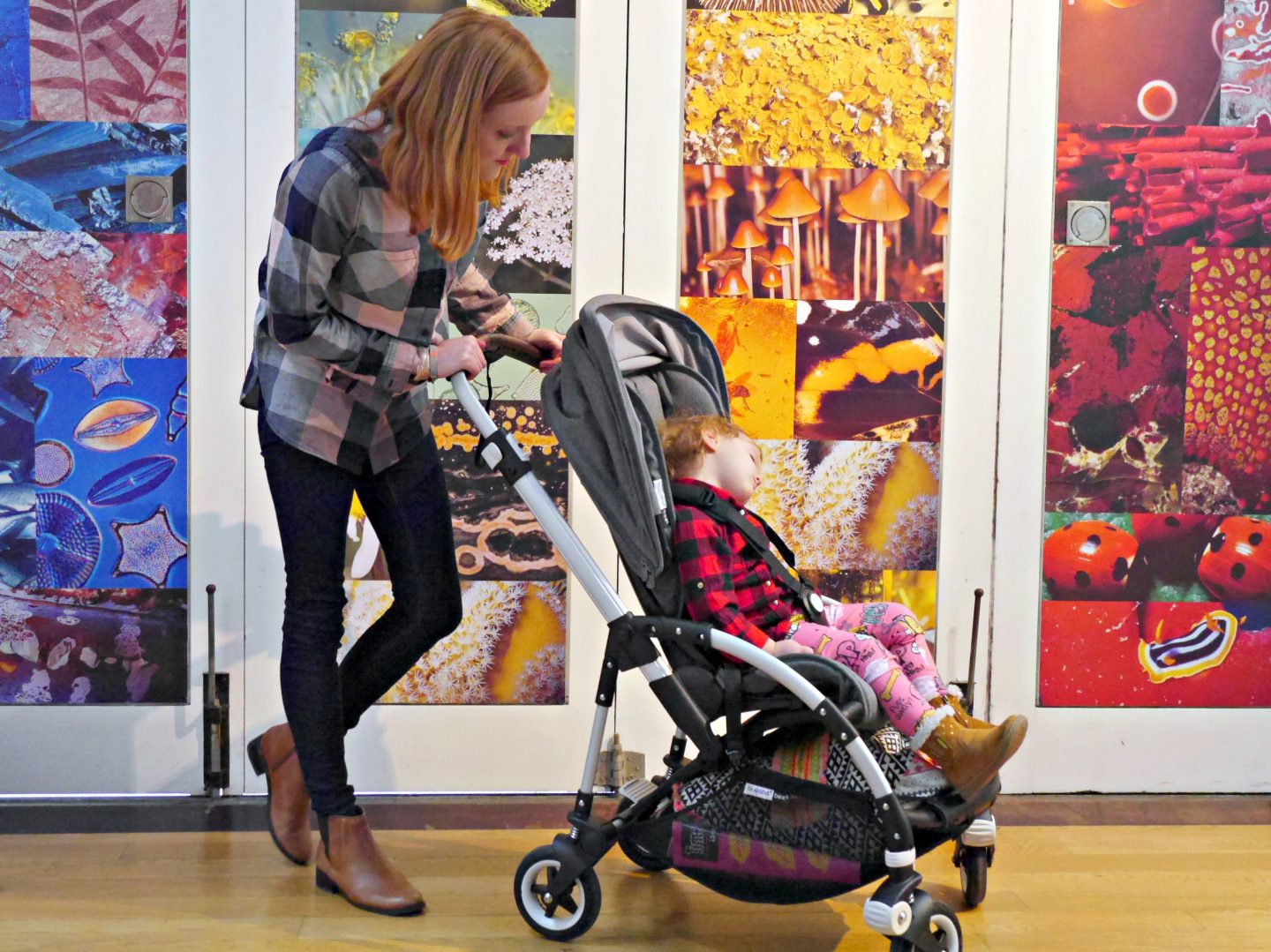 The Bugaboo Bee 5: First Impressions Of The City Stroller

The Bugaboo Bee 5 is small, light and designed for urban use (the full spec and details are here). With over 100 different parts there are some significant changes with the new Bee 5 from the last version and we’ve been putting it through its paces for the past few weeks before it went on general sale at the start of the month.

I was genuinely excited to be asked to try it out as we’ve been long-time Bugaboo fans. We bought the Bugaboo Bee+ as our first pram – during my first pregnancy – which is scarily nearly six years ago now – because we wanted a pram that was small, light and would work well on public transport as we didn’t have a car (most people I knew in London had one for those reasons).

And it’s worked really well for us. Our original Bee has lasted us from the newborn stage – where we used it in rear-facing mode, with the soft cocoon and with the car seat clipped in – through to front facing fully-sitting-up toddler-mode, and then again for our second baby, with the buggy board.  As I always use the Bee as the benchmark for any other prams we try, when we were offered the Bugaboo Bee 5 review I was intrigued by the changes and if it could still measure up to its predecessor. 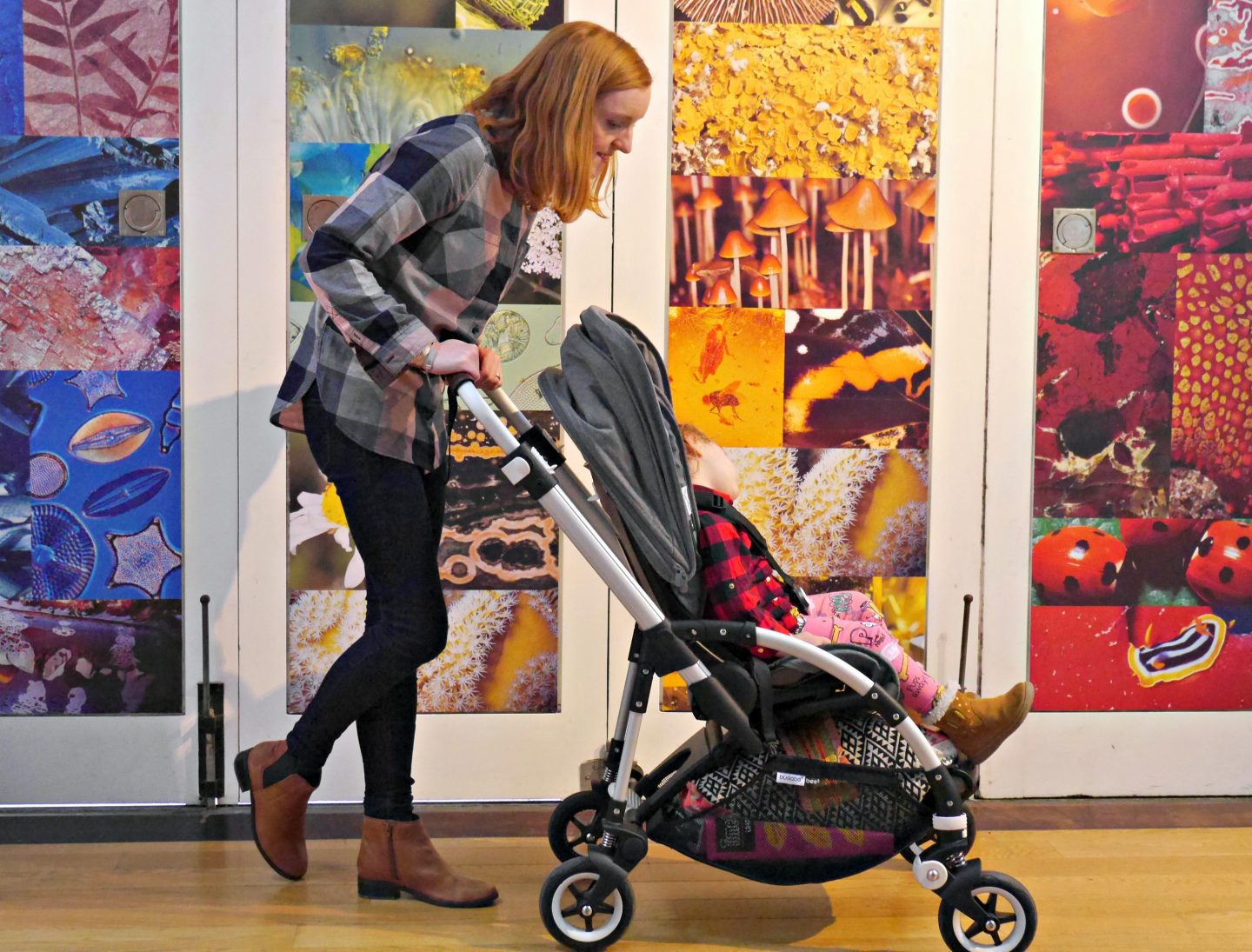 Our Bugaboo Review; What’s New With The Bugaboo Bee 5:

So what’s new with the Bugaboo Bee 5? As well as retaining many of the brilliant original features there’s several different ones too. Here’s the buzz on what’s different (#dadjoke): 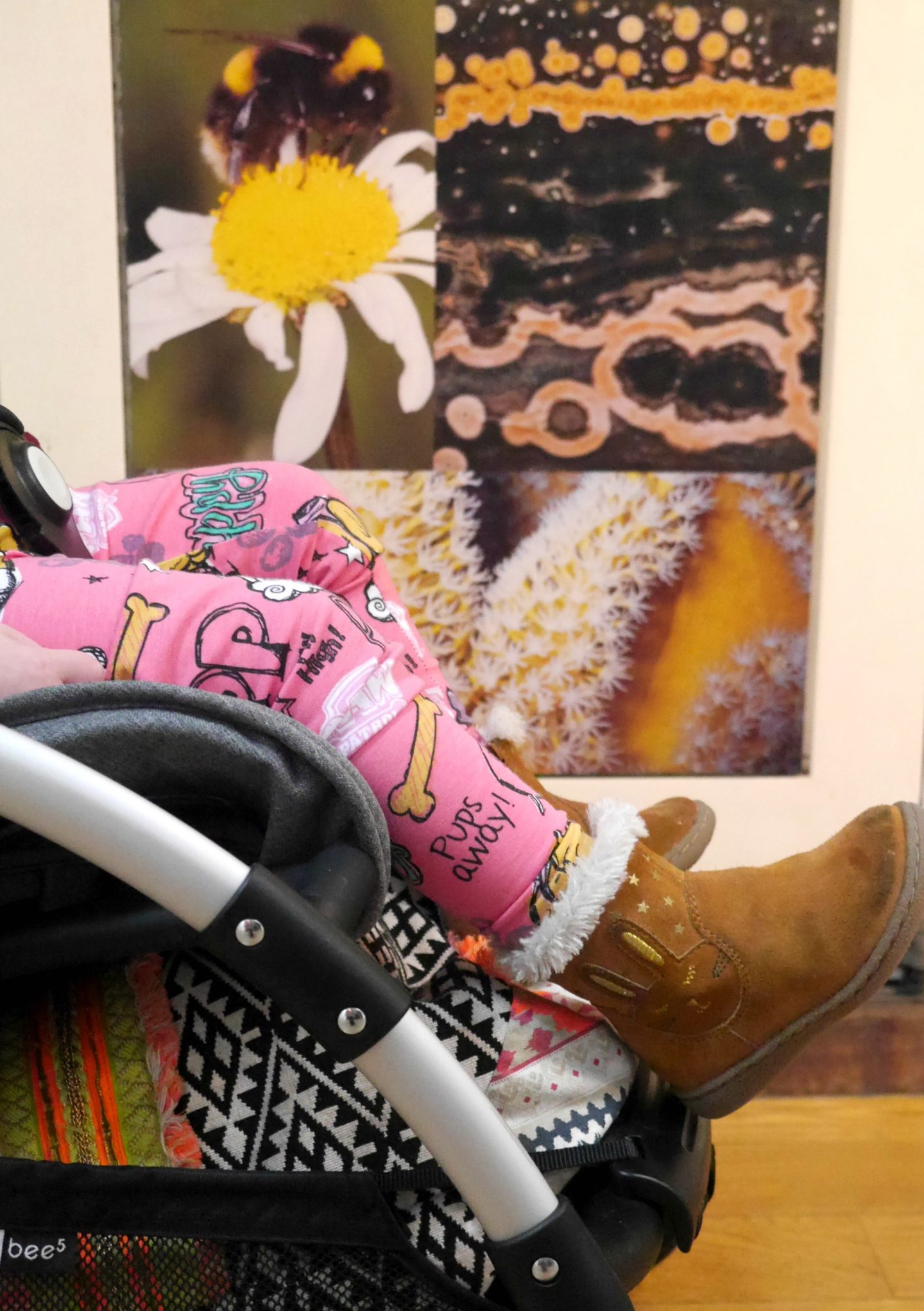 Bugaboo set us a series of challenges with the Bee (taking it to the city, out to a cafe and to some new places in our area). And as well all of these it has it’s been everywhere with us, from the school run and the everyday crawl to the shop as well as on the bus, train, tube and overground train. It’s been out to lunch, in to museums and even gone 135 metres over London on the London Eye. 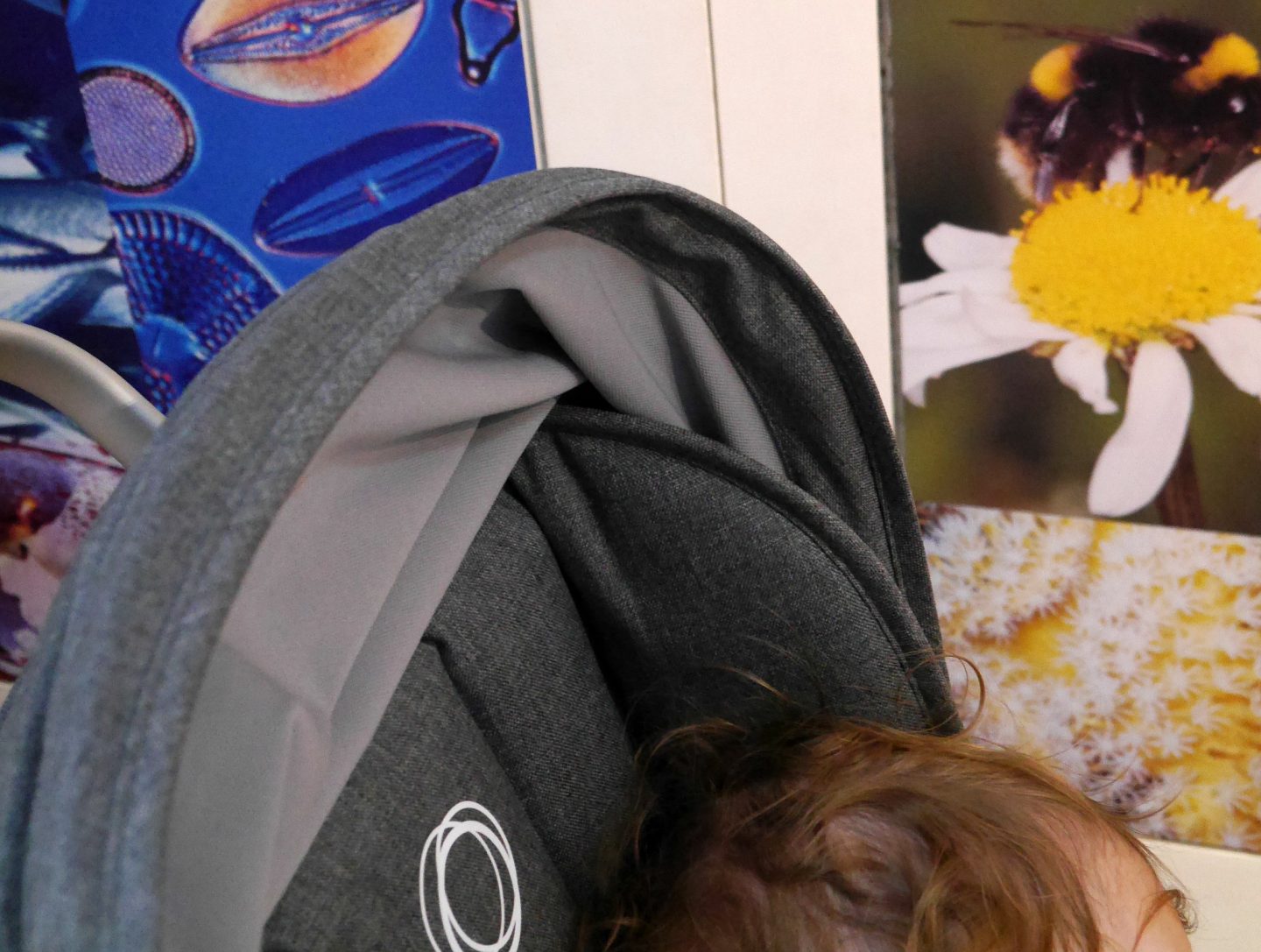 Bugaboo Bee 5: The Best Bits Of This Mini City Stroller

So after our extensive Bugaboo Bee 5 review over the past few weeks, here’s what we thought and five of the stand-out reasons why it’s – still – the perfect city pram for us: 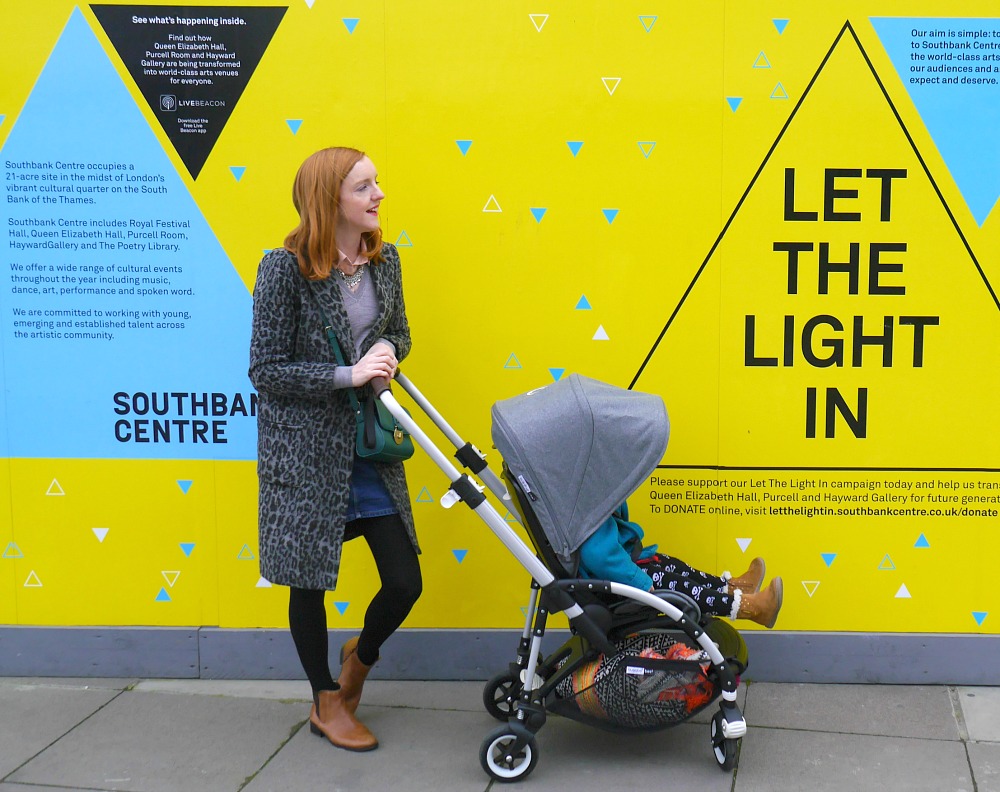 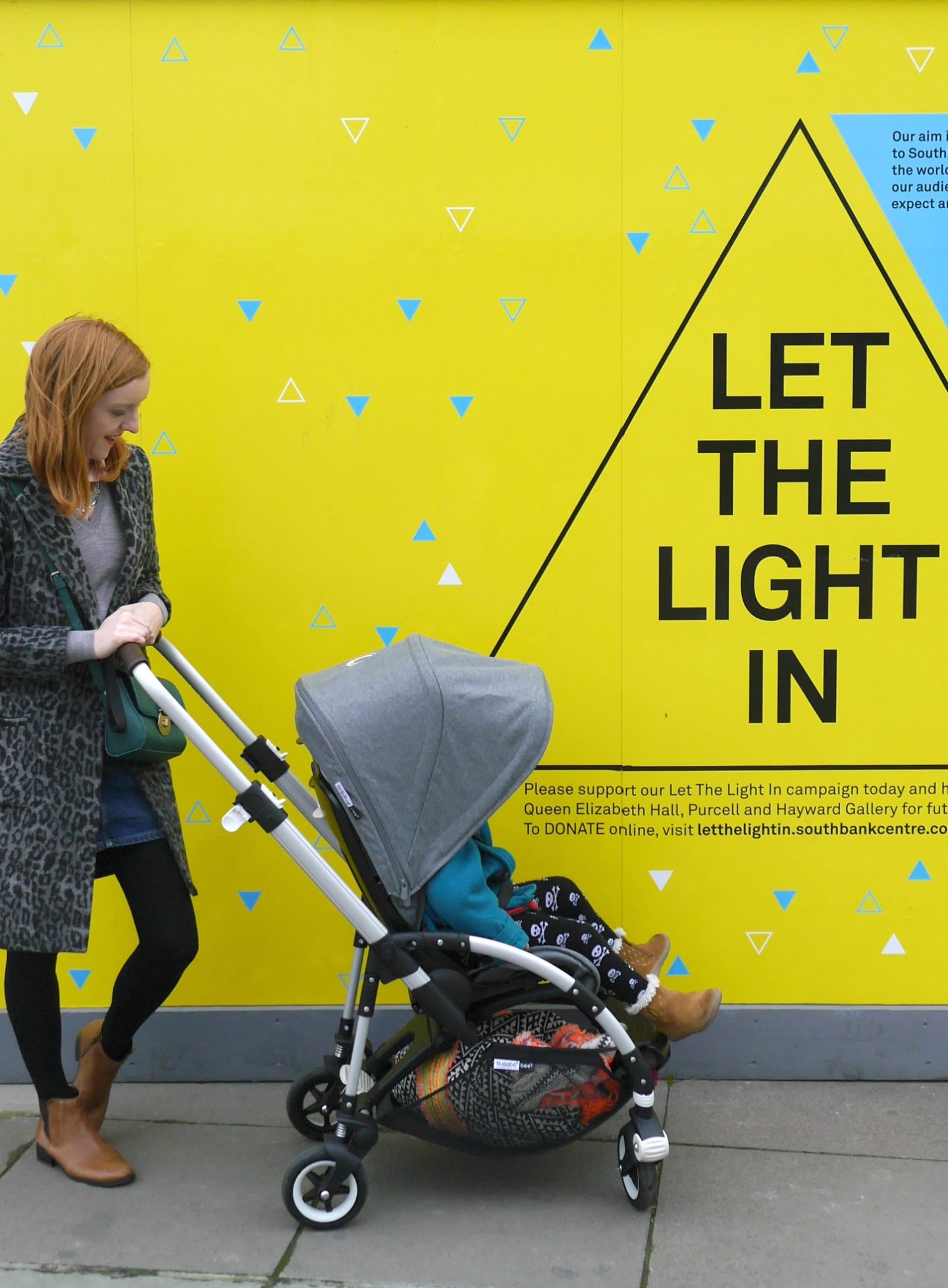 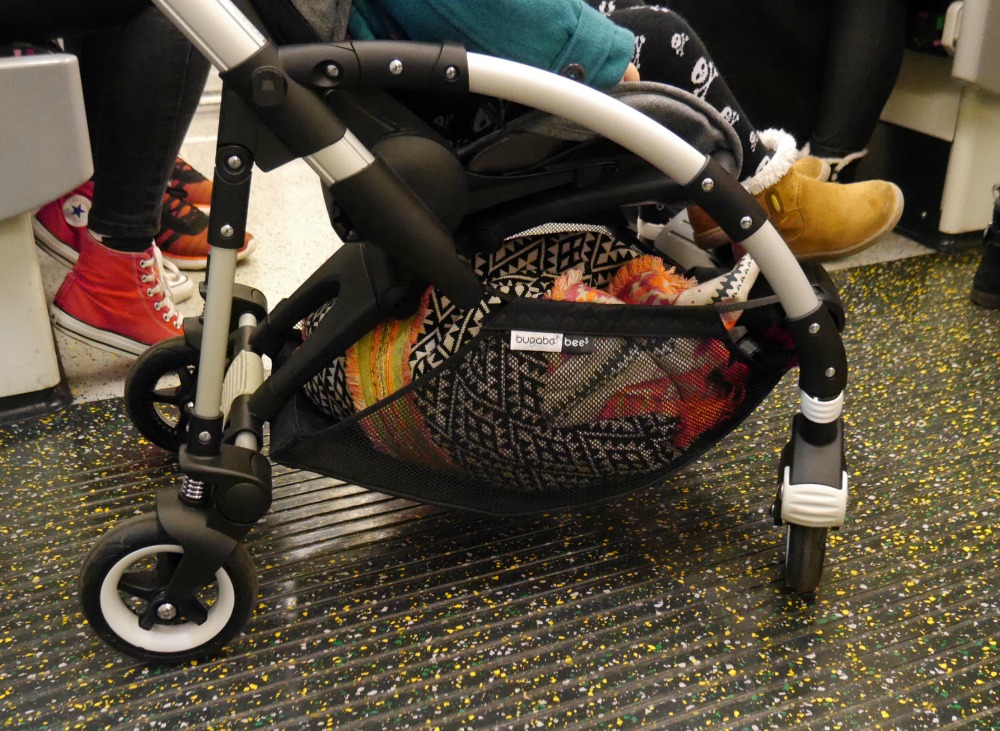 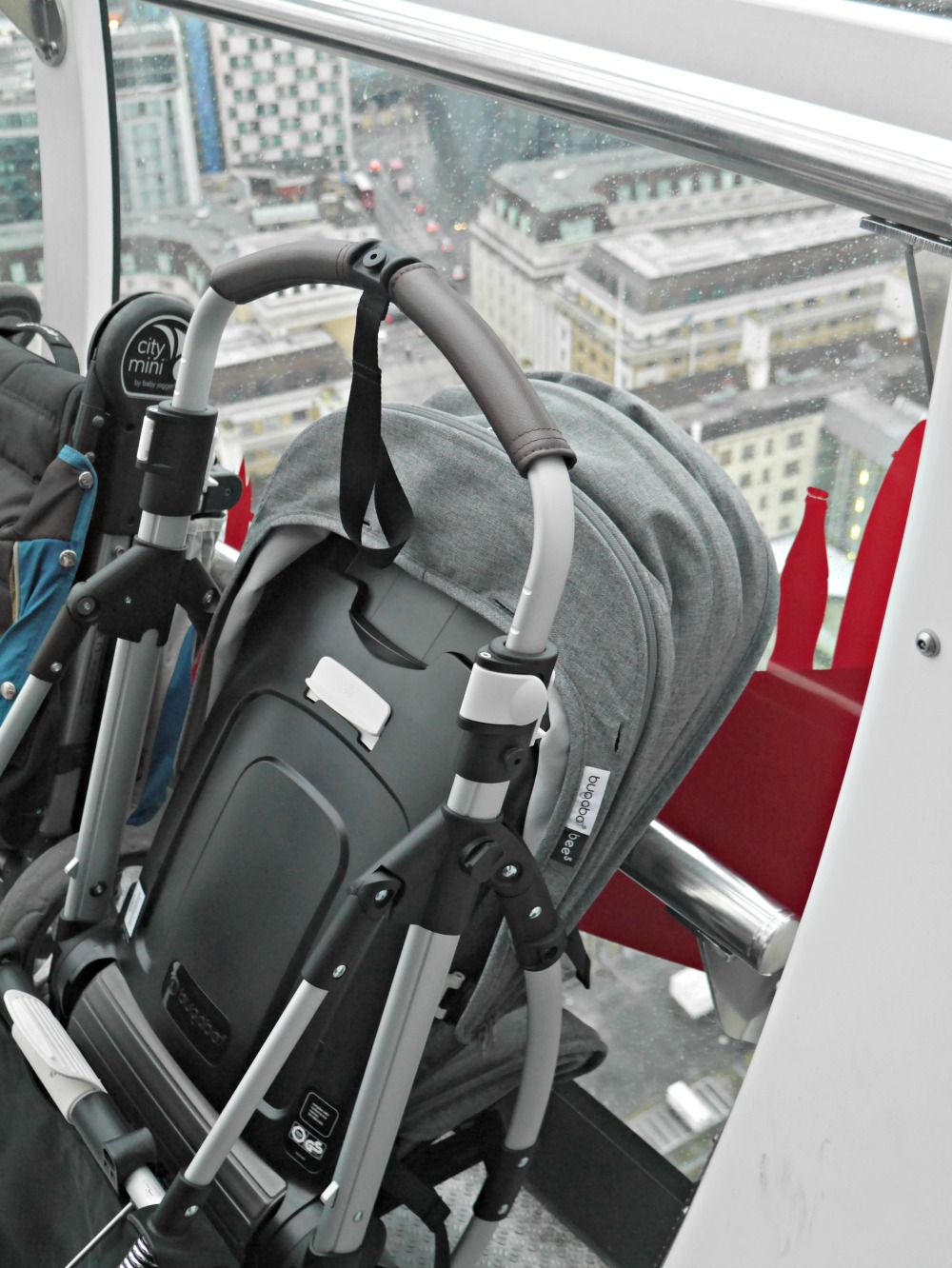 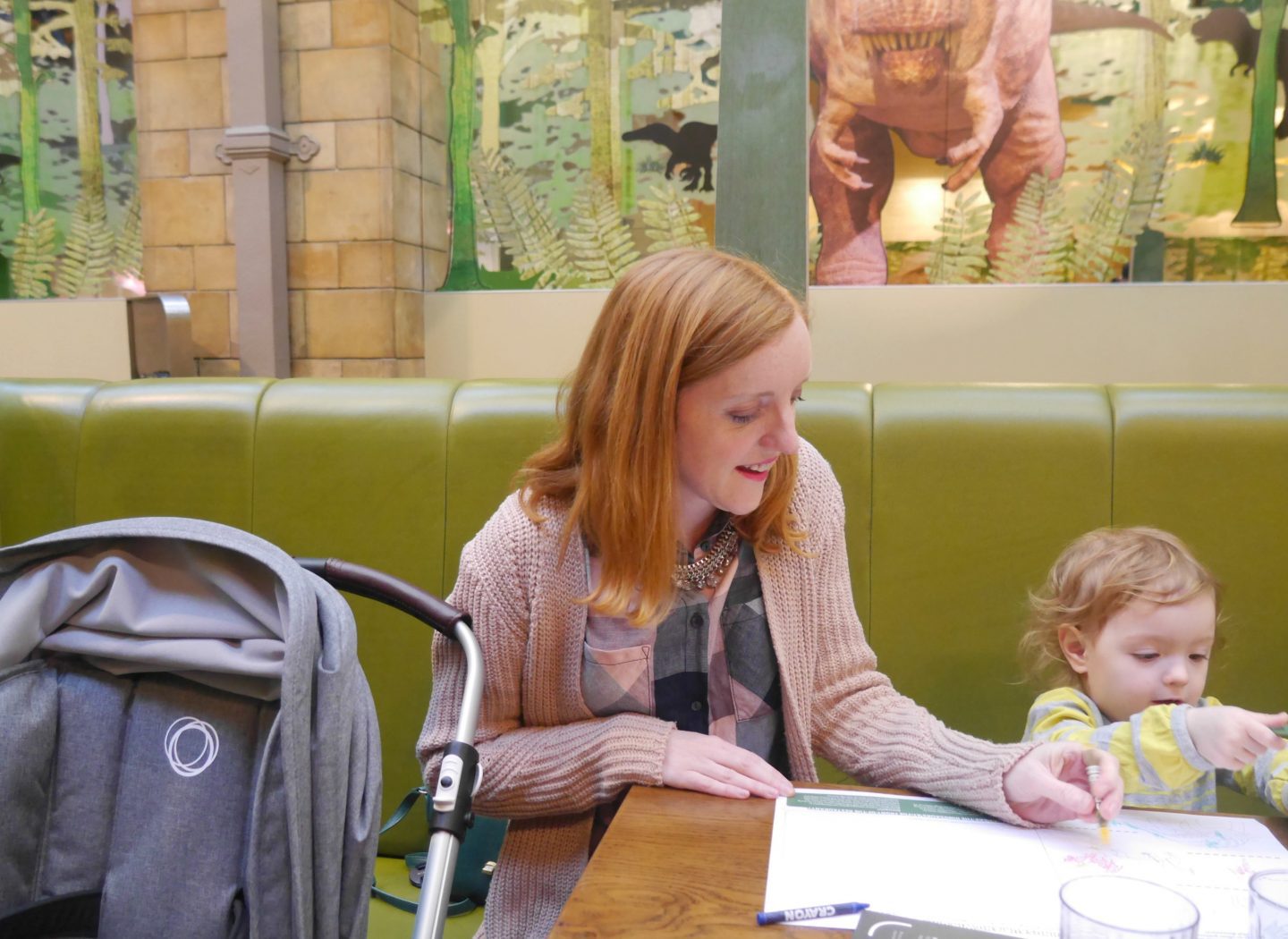 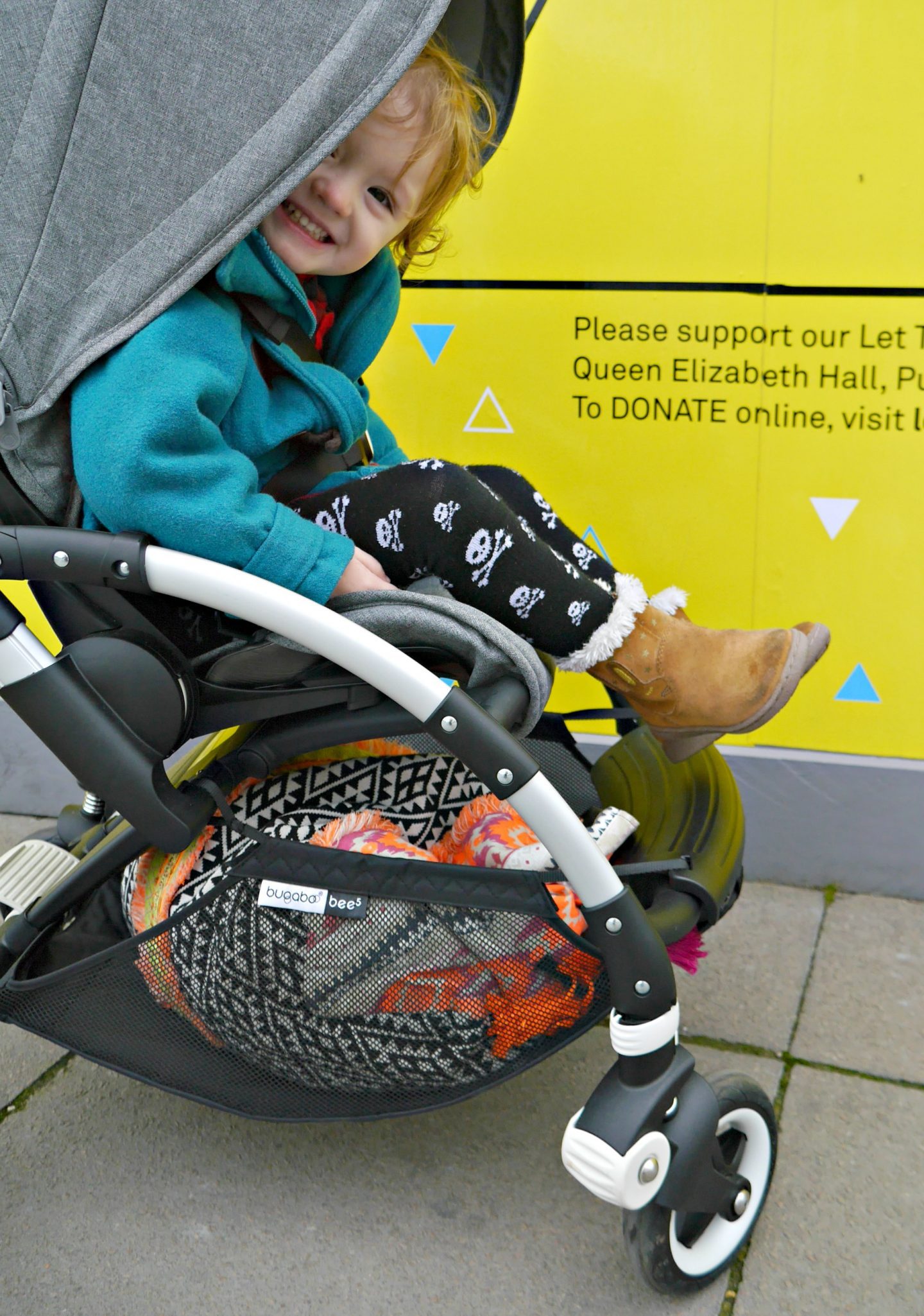 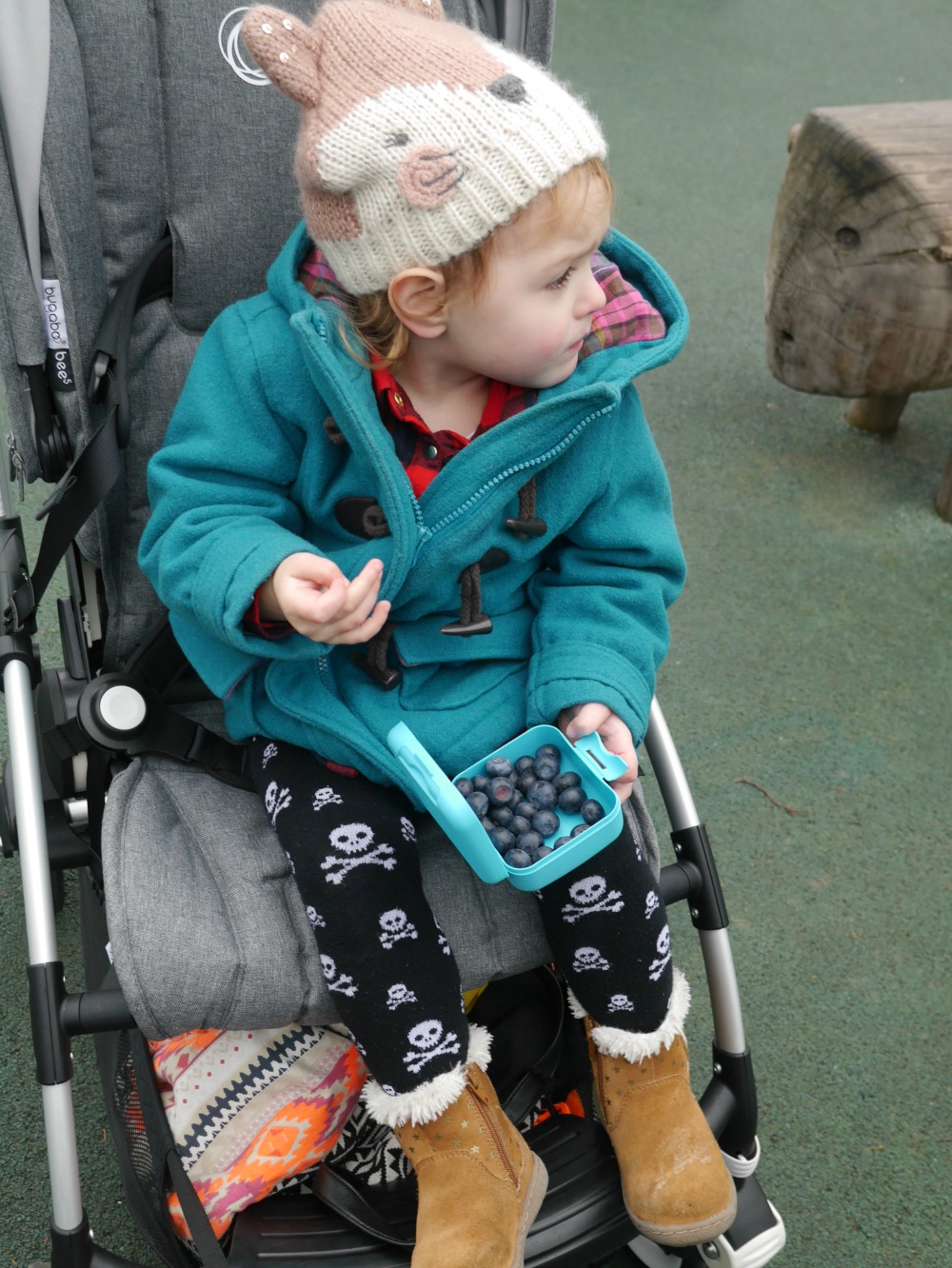 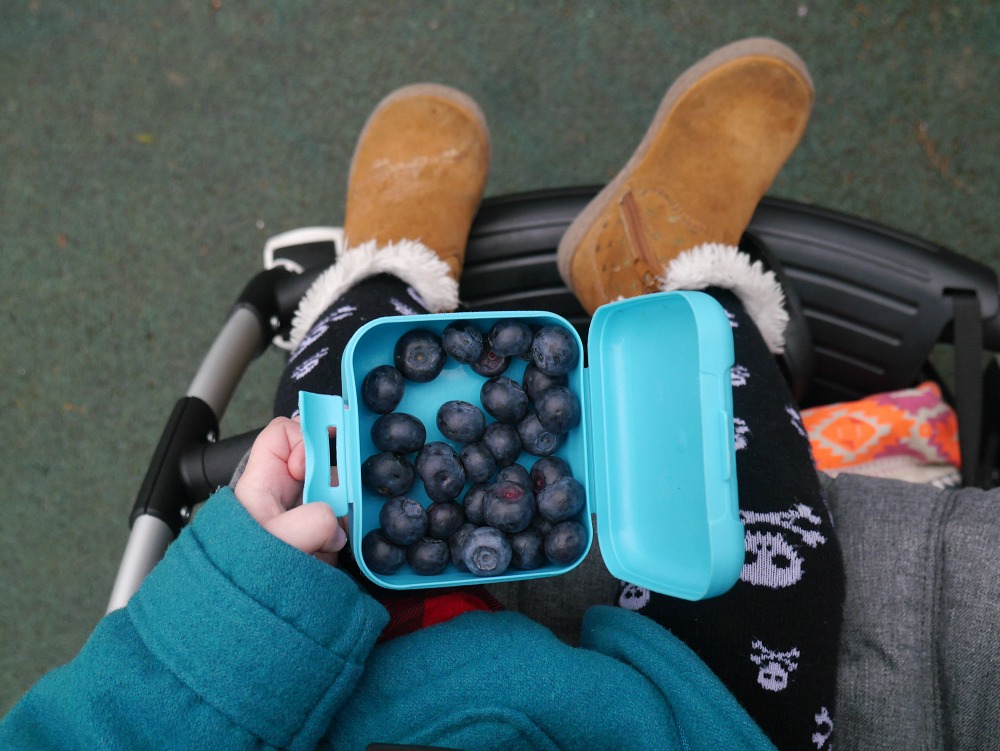 We Also Tried The Bugaboo Buggy Board:

There’s also a new improved Bugaboo buggy board we’ve been trying out, too – which even comes with a seat. Anyone who’s ever used a Bugaboo buggy board knows you have to walk slightly awkwardly behind and to the side of it. But, great news – the new version is narrower, meaning it’s easier to walk along it. It does mean your passenger stands to the left though, which makes it more difficult to steer, especially on sloping surfaces, as the weight is now unbalanced.

However, the Bugaboo buggy board flips up into the Bugaboo stroller when you’re not using it which is SO USEFUL.

What We Thought – Is The Bugaboo A Perfect Mini City Stroller?

In the interests of balance, any negatives? It’s not one for off-road (although neither are we, to be fair! But we have taken it on walks and it’s been fine). It’s light but not as lightweight or compact as an umbrella fold, so you’ll get the most use of it from birth.

How Much Does The Bugaboo Stroller Cost?

The price of the Bugaboo Bee 5 starts from £699 which puts it in the higher-end bracket, although we’ve used our Bugaboo constantly and with two children, so it’s given good value for money.

We thought the pram was the bee’s knees, and if you need a small, lightweight pram for city use, swarm down to the shops to check this one out.

If you liked our Bugaboo Bee 5 review, here’s some more posts: how to use public transport in London with a pram, how London changes as a parent and our favourite things for toddlers in London