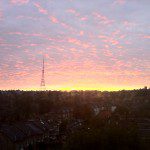 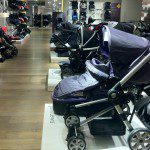 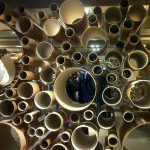 This week started off fine; in fact, it was so unremarkable that I can’t remember anything interesting that happened in the first couple of days. However Wednesday evening changed all that, with the unwelcome arrival of more blood, worry, and panic. Apparently as this point what we should have done is call the midwife emergency pager, or gone straight up to Kings to get checked out. But as it was past 11pm, I was exhausted, and as the baby was kicking really strongly, Alex and I decided to sleep on it and get it checked out in the morning.

After my usual great night’s sleep of waking at 1am, 2am and 4am (if anyone else tells me that’s nature’s way of ‘getting me ready for the baby’, I won’t be pleased) I finally got hold of a midwife at lunchtime. She directed me straight up to the Maternal Assessment Unit, after telling me off – in that lovely, maternally-concerned midwife way – for not going the night before. So off I went up to Denmark Hill again, feeling very vulnerable.

The Maternal Assessment unit is an annex of the labour ward at the hospital where you can get looked at by medical staff if you have any sort of pregnancy problem post-20 weeks. The two times I’ve been now it’s always busy – I was there this time for over three hours before I was seen – but it’s understandable as it’s such a tiny place to deal with so many pregnant people, all of whom have to be hooked up to the foetal heart-rate monitors for at least half an hour.

After getting all me and Baby C’s vital signs checked out, all seemed normal (one of the nurses stuck her head around the cubicle curtain to tell me that I had a ‘lovely baby heartbeat’, and the doctor told me I had a ‘nice high placenta’ – how are those for odd compliments?) The doctor told me I’m at a higher risk of bleeding anyway due to my injections, and if I’d gone in the night before they would have kept me in. However, as all seemed fine now then I could go home.

Despite all the first trimester worry, and my various medical complications, I’ve really loved being pregnant, and bizarrely for someone as impatient as me, I’ve not wanted to wish it away. However that day, I just felt, for the first time, that I wanted it to be over and to have the baby out and safe.

On Friday I must have been still feeling somewhat distracted, and somehow ended up somehow getting on the wrong bus to work, ending up at Marble Arch instead of Piccadilly. Bearing in mind I’ve taken the same route to work for a whole year, from exactly the same place, I have no idea how this happened. I then spent the morning trying not to burst into tears when anyone asked how I was. Self-pity city!

To cheer me up, that evening, Alex and I went to look at prams in John Lewis (how my Friday nights have changed already, in the face of not being able to medicate problems with alcohol). I think we might now have actually made a decision on the one we want – plus it was funny to note all the other pregnant couples wandering around, looking equally as clueless as we were in the face of such expensive baby-carrying machinery.