Pregnancy and the secrets of the fourth trimester

You’ve reached the end of pregnancy, you’ve given birth and your newborn baby is here; you’ve entered the fourth trimester. 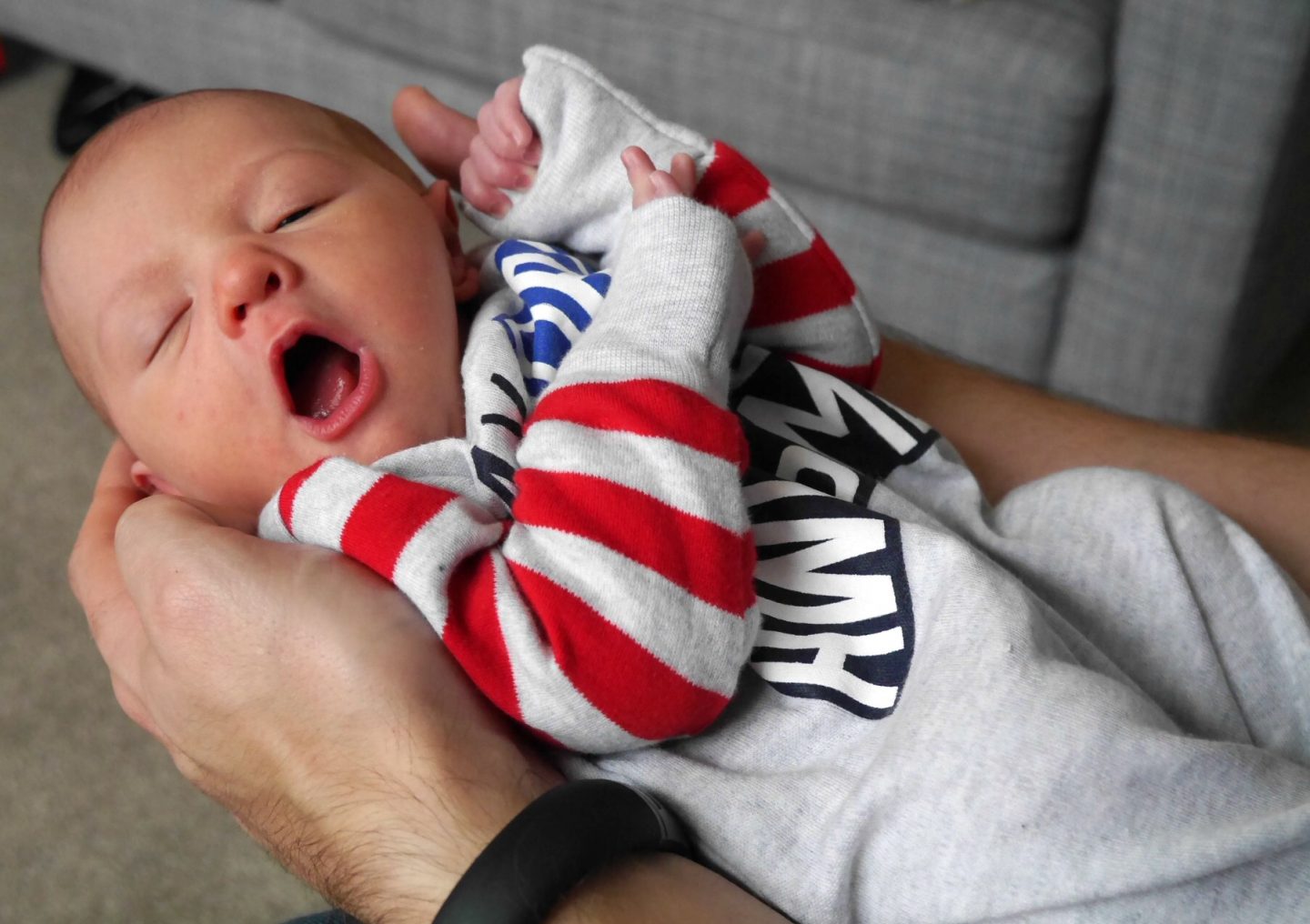 What Is The Fourth Trimester?

While pregnancy is split into three distinct trimesters that are mentioned often, you might think that’s where it ends.

But the fourth trimester is the first three months of the baby’s life, considered by many as the last phase of pregnancy. It is the transition phase for your baby between the womb and being born. It’s also a phase for you, the mother, to transition from pregnancy through to new motherhood.

Here are nine secrets of the fourth trimester:

It is INCREDIBLY emotional: The post-birth period can be marked by many different emotions, from post-birth elation through to the downer of baby blues from day three onwards,  to the post-baby rage, to extreme exhaustion when it seems like no-one’s getting any sleep – especially you. You might go through many emotions in a short space of time, or you might feel nothing at all. The fourth trimester can be an emotional rollercoaster. Especially as you might still be reeling from the birth, or trying hard to process what happened.

You might feel these extreme emotions for a while: Just because your partner is back at work doesn’t mean you have to go back to ‘normal.’ But if you feel like your feelings go beyond the baby blues and you might have PND, it’s SO important to chat to a doctor, midwife or health visitor.

It’s a time of post-pregnancy bodily weirdness: There are many unexpected changes that happen to your body after birth, from bleeding to nightsweats to giant, milk-engored pregnancy boobs (read my post on it here). It can be unexpected, but it’s probably normal.

Your baby might not behave like the baby books: Having just been cushioned and cuccooned in the womb for nine-and-a-half months, entering the white, bright, cold world must be a huge shock. Is it any wonder they don’t want to be put down? Hold them, and don’t let anyone tell you to put them down.

There will probably be surprises: That lovely cot you set up and prepared during the third trimester? The baby may hate it and refuse to sleep anywhere other than on one of you. There’s some great suggestions about this period here. 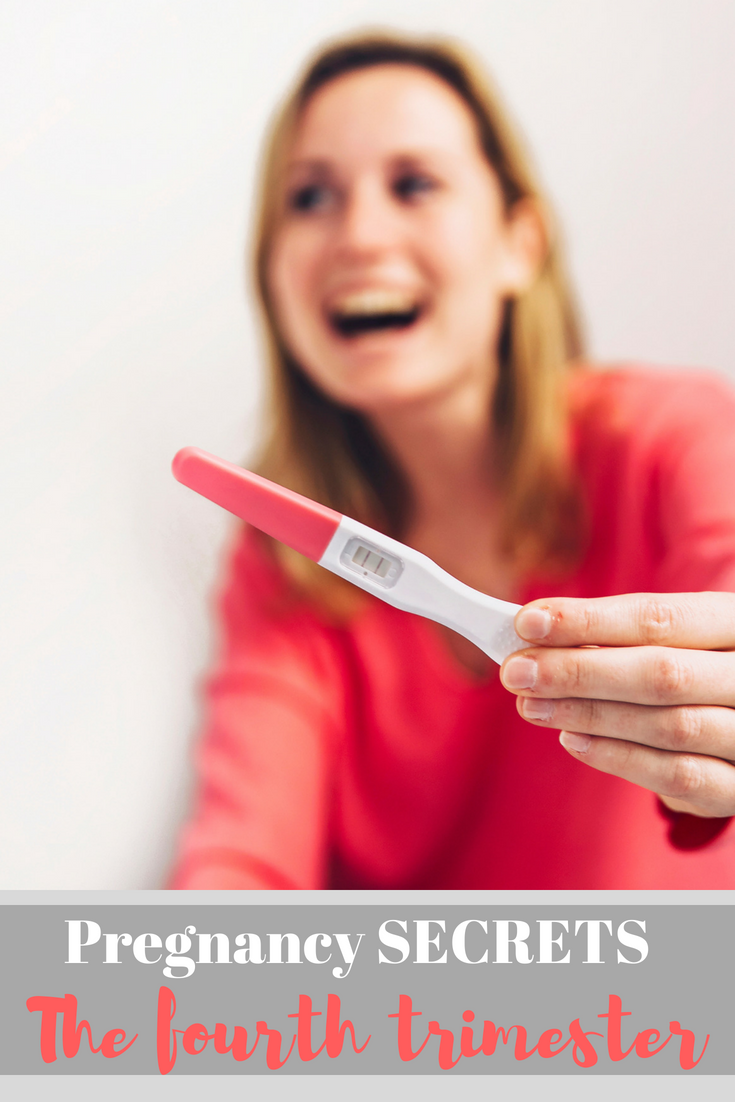 You can never spoil a baby: While many more ‘old school’ people might tell you that you can spoil your baby by picking them up too much, letting them sleep on you or with you, and so on, you can’t spoil a baby. Pick them up, cuddle them,

Breastfeeding can be tough: We really struggled first-time round, with a baby who wouldn’t feed, a baby latch, a lot of pain – but eventually went on to feed for two-and-a-half years. Breastfeeding second-time round it was fine (read all my breastfeeding posts as well as my thoughts on breastfeeding).

It’s OK not to love every moment: While having a baby is a time of great joy, some of it is going to be a bit rubbish, let’s admit it. It can be a shock to have a little person who depends on you for everything and sleep deprivation makes everything worse. Don’t feel guilty about it.

And the final secret of the fourth trimester… 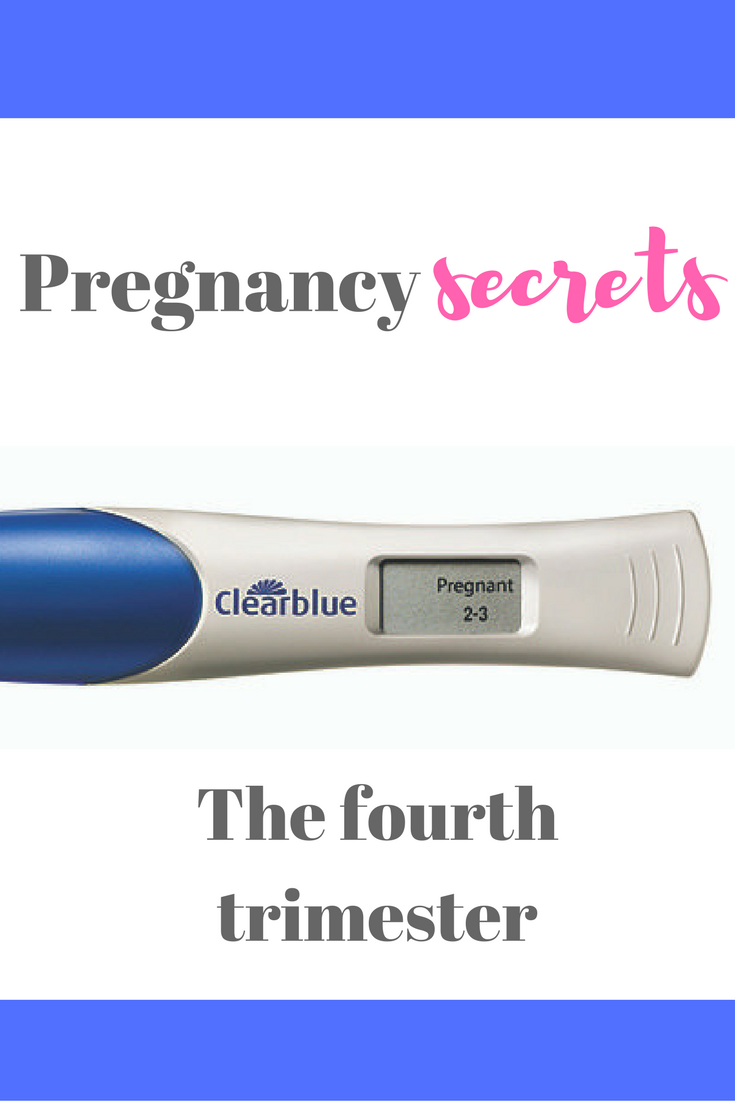 You are important, too! While all the attention is likely to be focused on the baby during the fourth trimester, always remember that you are your health and wellbeing is a priority, too. Try and take a minute for you. Relax and enjoy your baby.