Why I’m taking my daughters to vote today 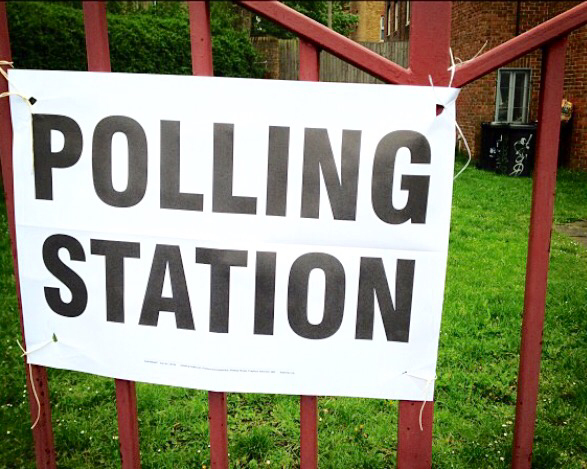 Last night I had a conversation with Eliza and Florence about the 2015 general election that went something like this:

While I think Eliza might be disappointed that there’s no running and Florence is more interested in her toy giraffe, we’re taking them both to vote today. In the question absolutely everything mode of my toddler, why, when they’re so young?

Because I want them to always grow up knowing how it works and why it’s important. And what better way to tell this than by showing it?

My parents always took us along to vote when we were younger. It seemed significant, different, exciting. I remember them holding me up in the booth, showing me the voting form, and letting me post it in the ballot box. My dad took me to vote the first time I was old enough. I’ve voted in every election that I can since. And since I’ve had children, I’ve always taken them along too (the photo is from the first time I took Eliza).

I’ve always tried to explain where possible and we’ve already covered the Suffragettes, thanks to the medium of Mrs Banks and Mary Poppins over Christmas. I want them to know about the history and also appreciate that so many people around the world still don’t have the right to vote. How wonderful is it that we live somewhere where we do?

So Alex took Eliza on the way to nursery, and in the time-honoured tradition,  held her up in the booth and let her post the paper into the ballot box. And I’ll take Florence later. She’ll probably be asleep, but that’s OK; there’s many more to come. And I hope that it’s something they tell their children about, too.

*Party political broadcast* And on a slightly less important voting related note….the 2015 MAD (Mum and Dad blog) Awards are open for nominations. I would love a vote in the pregnancy, baby or pre-school category if you feel you want to. Thank you! Vote here. *End of broadcast*