We Try Out The TotsBots PeeNut Reusable Nappies

We’ve been testing out the brand new reusable cloth nappy system from TotsBots, so here’s our Tots Bots PeeNut review… 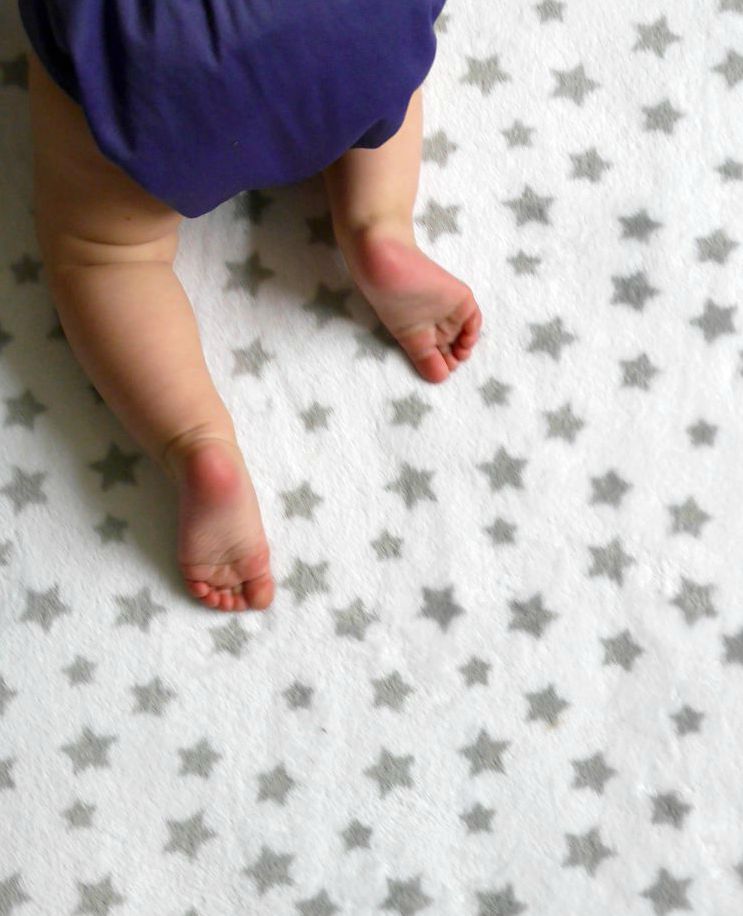 What Do You Think Of Reusable Nappies?

Do you use reusable nappies or stick to disposables? Although it’s fair to say the newer wave of cloth nappies have come on a long way since the very basic ones from when I was a baby, we’ve never actually tried them with either of our girls. First time round I thought the washing and drying would be an issue in our small flat, and second time they’ve just been on the wrong end of a neverending to-do list.

So we’re complete newcomers to cloth nappies. However, TotsBots have a huge heritage with cloth nappies, and a glittery award cabinet to prove it. So when we were offered a sneak preview trial of the PeaNut before it was released I thought this sounded like a perfect opportunity. Here’s how we got on.

What is the PeeNut nappy it and how does it differ from other re-usable nappies? 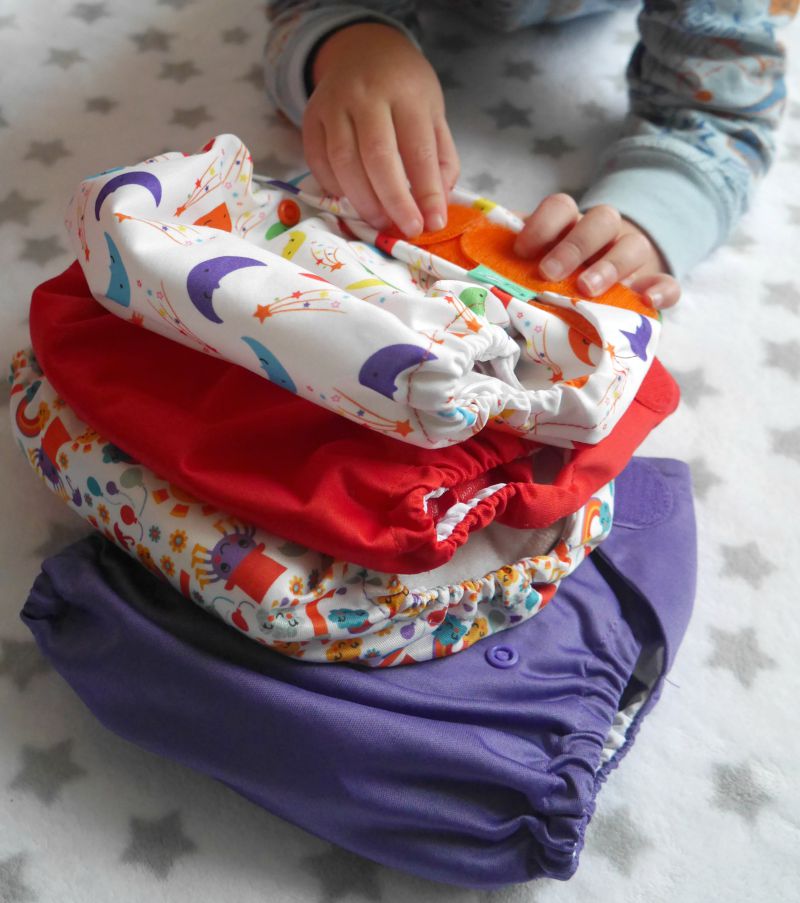 The PeaNut is a day-night, birth-potty nappy system that consists of a waterproof wrap and a bamboo insert. The insert attaches to the wrap with poppers and instead of having to change the entire nappy each time, you just change the insert and liner (you can also double up on the liner for extra absorbency, at night for example). Obviously reusable nappies mean more washing, but there’s less of it with these particular ones.

With an adjustable fit, the PeaNut is designed to last up until potty training so you don’t need to buy lots of different sizes as your baby grows. The design is less bulky than other cloth nappies and it’s a simple system with no folding or stuffing. As with all cloth nappies, the PeaNut offers cost and environmental benefits (but more on this later).

How To Use The TotsBots PeaNut Reusable Nappies

We were sent four PeaNut nappy wrappers (plain and patterned) along with the double inserts, disposable liners and fleece liners.

First off, I really liked the prints; they’re bold and fun. 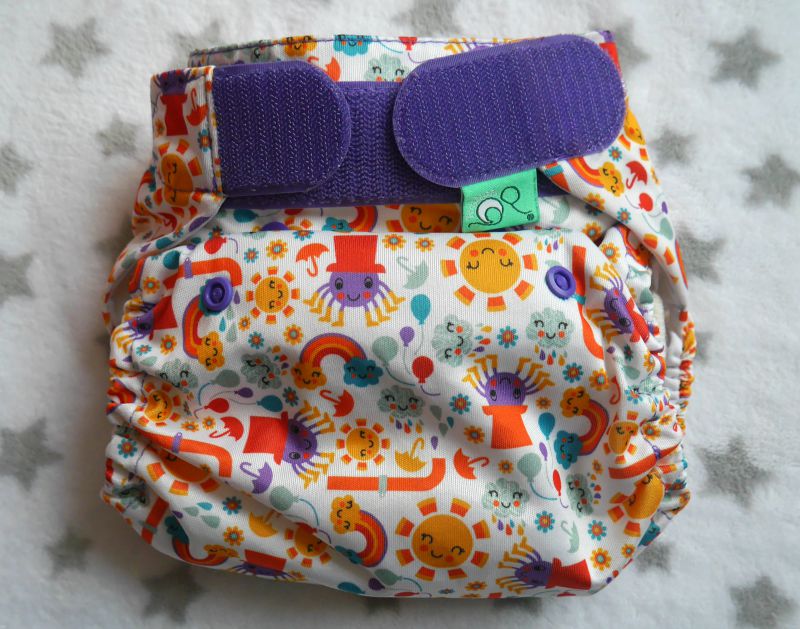 We washed the inserts a couple of times before use as recommended and then were good to go.

It’s a really simple system; you attach the inserts with two poppers that sit at the front of the nappy, add a liner, then use as you would a a disposable nappy. 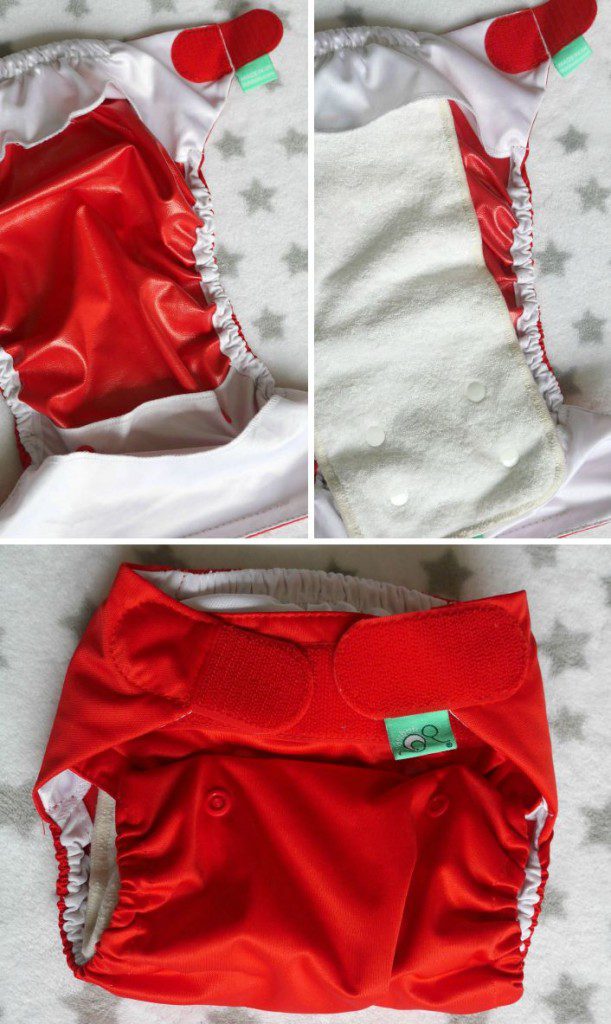 I do think the overall instructions on the packaging could be more comprehensive – I still had a lot of questions – but the guys at TotsBots were really helpful and I imagine there will be a lot more info on the website when they go on general sale.

Eliza was intrigued by the nappies, especially the bright patterns and colours, and  before long her toys were wearing them. It’s been an unexpected way of getting her involved.

How Do You Wash The TotsBots PeeNut Washable Nappies?

The extra washing (and the drying) was my main concern first time round when we lived in a flat and it’s always one of the negatives I’ve heard about using reusable nappies. But from my TotsBots PeeNut review I found that there’s not a huge amount of washing with this design of nappy as the wrap is a single layer of thin fabric, and the insert isn’t huge either.

And when you have children you already have so much washing anyway – if you have two children and don’t have the washing machine on most days, tell me your secret – so it’s not really a big thing to do one occasionally at 60 degrees.

Like most people with are concerned with our environmental footprint, especially with all the added stuff that comes with children – so we recycle obsessively, try to minimise waste (I’m a big fan of reusable breastpads, for example) and as a positive London-living side effect we don’t drive either.

Cloth nappies mean less rubbish being sent to landfill and a 40% reduction of your carbon footprint (more info here). You do use energy to wash them, obviously, but the design of these means there’s not a whole lot more.

How Much Do TotsBots PeeNut Nappies Cost?

There’s an estimated saving of £500 with cloth over disposable nappies. But you need to make the initial outlay on buying the cloth nappies though. With the PeeNut an entire kit (8 wraps, 2 of each element print & 2 white), 16 pads, a nappy bucket and mesh, wet bag, washing potion and liners) is £195, which is obviously quite a big outlay if you’ve not tried them.

However, you can buy them individually – a single pack of one nappy and one day-to-night pad (which is two inserts) starts from £15.99 and a mini pack (two wraps and four inserts) is £42.99.

The PeeNut – what’s the verdict? 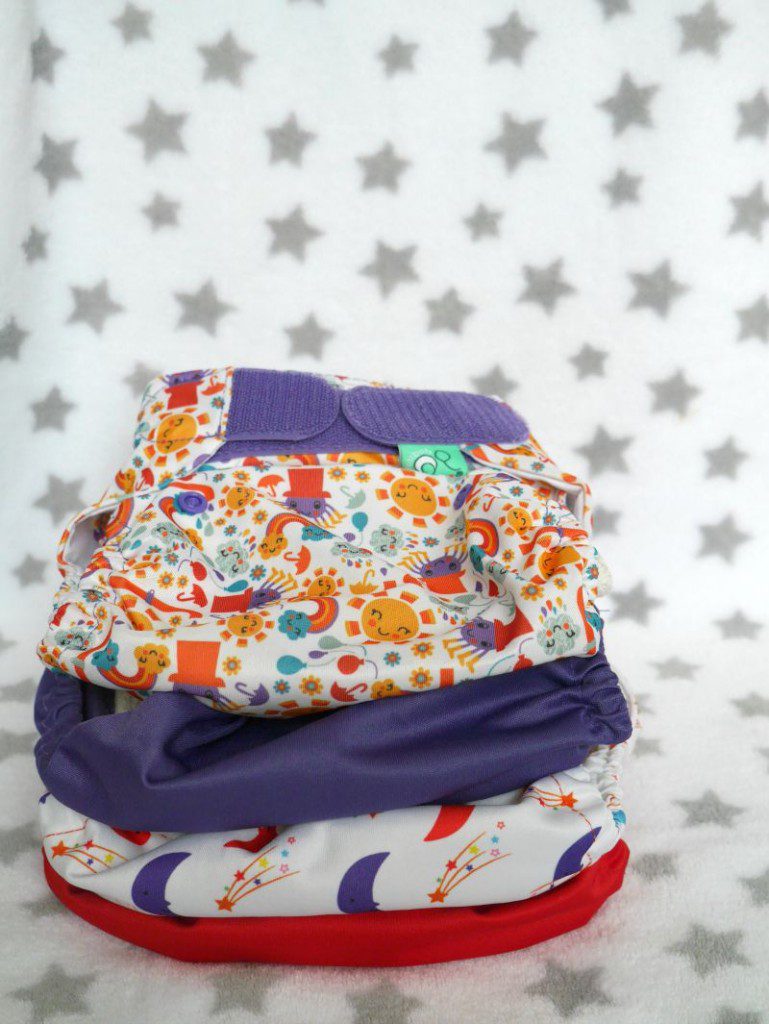 On an efficiency level the fit was absolutely fine with minimal leaks and they worked a lot better than I was expecting. You do change the liner more than you would with a disposable nappy, but not a whole lot more.

The biggest issue we found with the PeaNut is that as the insert isn’t attached at the back, the liner and insert would often get bunched up when you’re faced with my active, wriggly baby. And for any kind of vaguely up the back solid incident – parents, you know what I mean – we have to change the whole thing every time, and not just the liner.

But it’s nothing too hideous, bodily fluid-wise – although the bamboo insert is absorbent they’re never going to be as efficient as a disposable – but if you’re a parent you’ll be used to it already.

Has Our TotsBots PeeNut Review Converted Us To Cloth Nappies?

So from our Tots Bots PeeNut review, has the cloth nappy system completely converted us to cloth? We were surprised with how easily they fitted in and how well they worked. There are always going to be times it’s easier to use a disposable nappy (when you’re out for the day and overnight, for example) and obviously disposables do work so well. But the PeaNut nappies are now a part of our ongoing nappy mix and really handy to have around the house.

I definitely think its worth buying a nappy and some inserts to try them out first if you don’t want to spend all the money to buy the complete set at first (plus they are really handy to have around for when you run out of disposables and the shop is shut). The PeaNut seems like a simpler and easier way in to cloth nappies. And even if you’re only going to use them occasionally then it will save you on buying disposables and there will be an environmental impact – and it all helps. 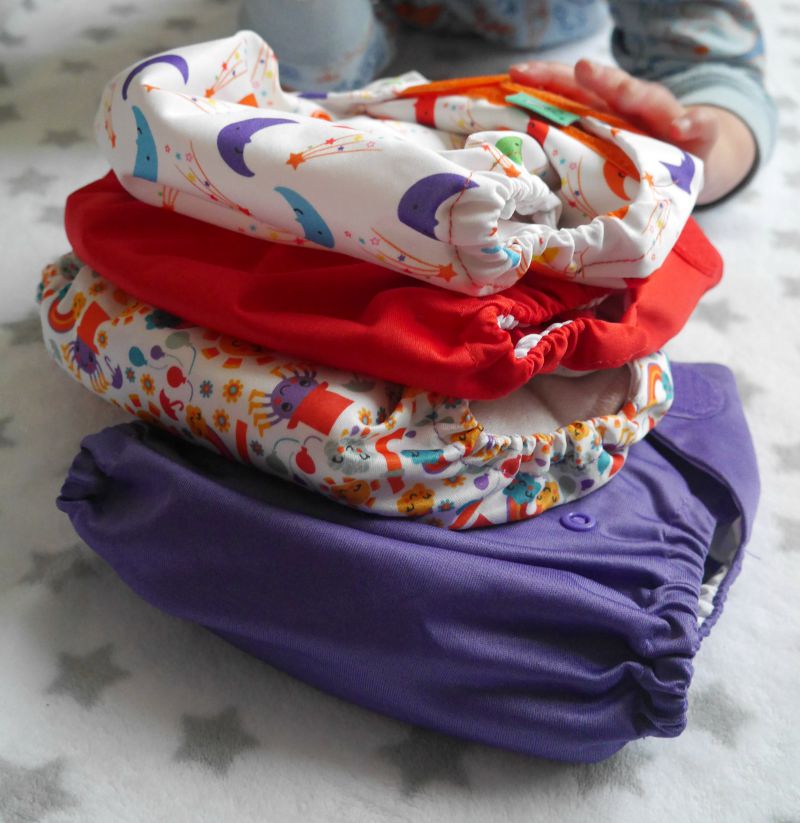 Do you use cloth nappies? What do you think?

One You’ve Read Our TotsBots PeeNut Review, Read These Posts Next: