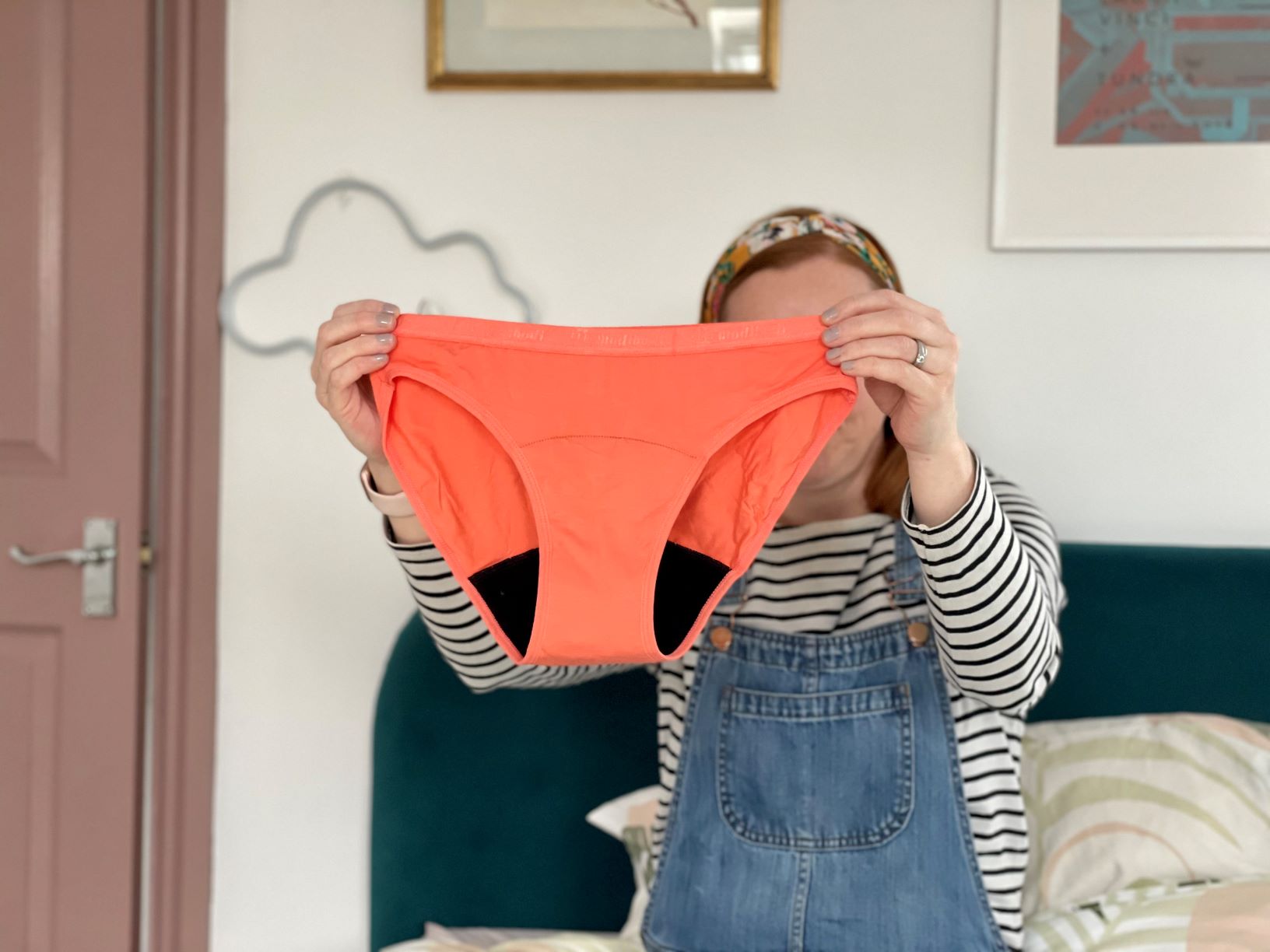 Would You Switch To Reusable Period Pants? I Tried Them And Here’s What I Thought

Would you try reusable period pants? I’ve been reviewing the Modibodi period pants and here’s what I thought of them.

I’ve always been intrigued by the idea of reusable period pants. So when was contacted about reviewing the Modibodi period pant, I was keen to see what period underwear was really like.

Like many women, I had many questions – would Modibodi period pants really not leak? Do they smell? Are they really thick and uncomfortable? Can they really work?

(If you have small babies, did you know ModiBodi now make washable nappies too? Read my ModiBodi reusable nappy review).

The Benefits Of Reusable Period Products

As a tampon user since my teens, a few years ago I made the switch to a reusable menstrual cup – you can read my Lily Cup One review. As well as the eco-friendly benefits of reusables – less waste and less plastic – reusable menstrual protection is super handy as you always have it to hand, so no dashing to the shop for emergency tampons and wine at the surprise start of your cycle each month (maybe just the wine then).

Your period after pregnancy is quite the thing, and one of the many things no-one ever tells you about having a baby. Especially when it comes to PMT (right?). So anything that can help make it slightly better is a a bonus.

For this reason I’m already sold on reusable period products, and despite being happy using a menstrual cup, I could see some instances where period pants would be handy – step in Modibodi.

Modibodi is an Australian brand of eco-friendly reusable underwear, swimwear, activewear and maternity wear. The products deal with periods, leaks, sweat and all the other lovely stuff. The Modibodi design is super-slim, and the pants are made of natural, absorbent fabrics including bamboo, merino wool (the pad part) and stretchy microfibre (the main part of the pants).

I was sent the Modibodi classic boy shorts, which are designed for heavy / overnight use, and the classic bikini pants, for moderate / heavy use.

They come in recyclable paper packaging, which is a good start.

My first impressions of the pants were:

Being used to internal period protection since my teens, I was hesitant to go with the flow – so to speak! I first tried them at peak period, trying the briefs on day 1 and the shorts overnight on day 1.

It is a definite switch to go back to ‘free’ bleeding. However, once you get your head around the sensation, you don’t really notice it that much (unlike with menstrual cups, when obviously you don’t notice anything at all).

Some Of My Questions About Modibodi Period Pants:

Are They Leak Proof Period Pants?

It sounds unbelievable, but the Modibodi period pants I tried didn’t leak at all, despite me checking often from period paranoia. The one-piece design and fabric means they fit to your body, so don’t move around. Unlike with sanitary towels from the days of yore aka when I was a teenager.

As the pants are a snug fit, everything is absorbed quickly. And the fabric is really absorbent, you really can’t see much of the top of it. Plus, there are no obvious odours (I know, right?).

If you want something that feels like it has more coverage, the longer design of the boy shorts, with a pad section that goes right up the back, means that even lying down and at night there are no leaks.

How Long Can You Wear Modibodi Period Pants For?

The pants can last for up to 24 hours, although Modibodi say most people wear them for around 8-12 hours, or wearing one pair all day then switching to a fresh one all night.

Personally, I guess it depends on how long you feel comfortable wearing them. Absorbency-wise they are fine, but as I’m used to wearing a cup I felt like I would want to change them more often.

How Do You Wash Modibodi Pants?

PS – I didn’t read these instructions first and washed them in a normal mild wash. They seemed to be fine after…

Is There A Range Of Period Pants For Younger Girls?

Yes, there’s the Modibodi Red range aimed at first periods, younger girls and teens, with more fun patterns and colours (my 9-y-o is keen to use reusables when she gets her period, so I think these would be ideal).

Are There Any Downsides To Modi bodi Period Pants?

The biggest downside of Modibodi period pants is the cost – from around £9 to £25 – as you’d need to invest in a couple of pairs to cover your period at least, or be able to wash and dry them super-quickly.

However, disposable sanitary protection isn’t cheap either. And it adds up as much as the cost-per wear of period pants comes down.

If you’re used to internal sanitary wear – tampons or menstrual cups – then it is an adjustment going back to external products.

What Did I Think Of Modibodi – And Would I Make The Switch To Period Pants?

In terms of the switch to reusable period products, I am 100% convinced. I’m also impressed with the Modibodi pants when it comes to to comfort and reliability, absolutely.

However, I wouldn’t make the switch back from a cup full-time as I’m used to how practical and efficient they are. BUT! I do think there are times period pants would be handy to have. For example, when you’re waiting for your period to start or finish, or when you don’t want to use a cup.

These pants would also be great when you have a baby, and if your post-pregnancy pelvic floor isn’t the strongest and if you run or work out. As the knickers are non-bulky and look just like normal underwear, no-one can tell there’s anything unusual about them.

I also think they’re a great option for younger girls, and we’ve earmarked the Red range for first periods in this house. Having one pair of pants that you wear for most of the day means you don’t have to carry around spare tampons or pads (or borrow ones from friends). Modibodi are also so reliable that you don’t have to worry about leaks. This will take a lot of the stress out of periods, something that’s so important when you’re young, still at school and it’s all new.

Obviously, other period pants are available, but I was really impressed with Modibodi. They definitely beat disposable sanitary products, period pants down.

We were sent the Modibodi period pants to review. You can find out more at the Modibodi website – you can also buy the products from other online retailers including Amazon

Read my posts on: