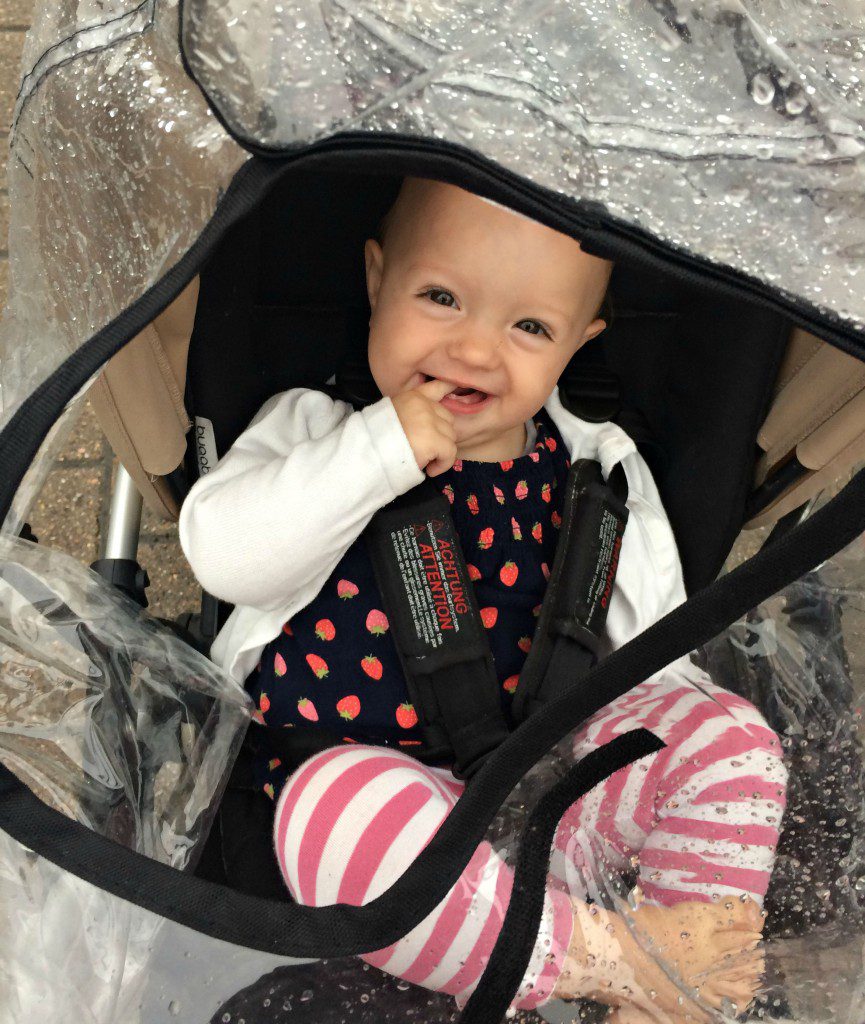 What do David Beckham and I have in common?

Well, clearly not the international football career, huge personal wealth or that being married to a pop star thing. But we’ve both been on the receiving end of some pretty public parental judgement this week. DB was, of course, criticised on the front pages when four-year-old Harper Beckham was spotted out with a dummy.

And me? Florence and I were on the bus, looking forward to the lunch with a friend we were on our way to, when… “That baby should be wearing socks!” I heard someone say. We were the only mum and baby on the bus, so by default it was my sockless baby they were talking about. But I thought I must have misheard. Then the bus stopped and the lady who’d said it got off, and as she passed us she said  “That baby should have socks…AND a blanket!” It was as sudden and unexpected as a jellyfish sting.

As a parent you get used to unsolicited parenting advice, but this kind of public parental judgement and shaming is something else. It doesn’t happen often, luckily enough – although I still hold a grudge against the mum who commented on me giving the toddler a biscuit, shock horror – but I think it’s happened to most people I know at least once.

The sock comment wasn’t a helpful suggestion about my baby’s temperature (despite the torrential weather it was muggy and warm, and she had several layers on). It wasn’t a smiling question about her sockless state (she hates wearing them and they’re off in a second, so I’ve stopped bothering when it’s too warm for tights). She didn’t know my baby wasn’t burning up, or that I’d ran out of the house and was beating myself up about forgetting footwear. As David Beckham said, “Why do people feel they have the right to criticize a parent about their own children without having any facts ?”

A a second-time mum it didn’t bother me and I’m too tired to care anyway. But first time? In my fragile and emotional new mum state I’d have rushed to buy socks in a haze of tears, then spent the whole day completely paranoid that everyone was judging me. In short, it would have stung.

I think everyone judges other people to a certain extent. And as a parent you make decisions on the way you want to bring up your child which means there are ways and means you don’t want to bring them up, which you’ll also have thoughts and opinions on. But actually saying something negative about it – to someone’s face, or by leaving a comment on a blog, Instagram photo or making it a front page story of a national newspaper in a bid to make sales – is another matter entirely. It’s pointless and unessesarily and what will it ever achieve? Apart from making the parent feel awful and the commenter feel…what exactly?

So stop with the public parent shaming, please. A good rule would be to think before you speak (especially if you’re on a bus, getting round on public transport is hard enough). And put a sock in it. As my mum and most mums would say, if you can’t say anything nice – or kind, or helpful – say nothing at all.

We had a lovely lunch with my friend, and Florence continued her – sockless- pursuit to explore the world by attempting to climb up everything around her.

Has this kind of public parental judgement happened to you? How did you deal with it?

P.S. post-pregnancy rage, and milestones from the first six months.