Places I’ve retrieved my baby from this week, after I turned my back for a fraction of a millisecond: 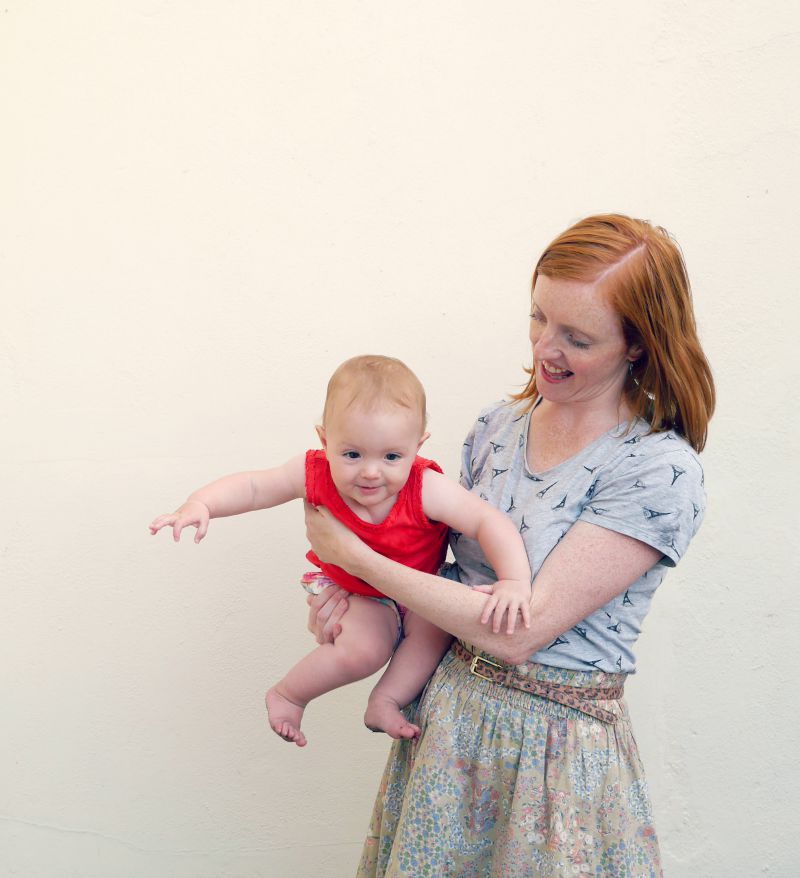 1) Looking back cheekily from halfway up the stairs, about a million times

3) Perched up on the sofa, tapping away at my laptop, having used me as a human climbing frame

4) Making a beeline for anything slightly unsafe including plug sockets, iPhone chargers and drinks balanced anywhere near the edge of a table

5) Heading in the direction of all her sister’s things…shortly followed by a wail from her sister.

Baby movement is a such a great set of milestones, isn’t it? Crawling, standing, cruising, climbing. But when they start moving with intent  it’s a massive, massive game changer. As soon as they realise they can move to actually get to places, or use their new climbing skills to get their tiny paws on all those deliciously tempting things – that’s when they’re off.

Last time this happened we lived in a flat. Now we’re in a three storey house with steps up and down all over the place. And a baby who’s all over it in a heartbeat. My life is currently a repeat of find, follow, retrieve…and it’s fun but pretty bloody exhausting.

And when you’re a second-time-mum you already know the direction they’re travelling in at this point. Once they’re on the move like this they’re crawling rapidly past the signpost marked ‘baby’ and taking giant metaphorical steps towards the one that says ‘toddler’. And ultimately towards the big flashing neon one in the distance that says ‘growing up.’

I know it’s far away, but slow down, you tiny amazing determined thing, there’s no rush.

Anyone else have a baby on a one-way mission to mayhem?

More posts…milestones from the first six months, baby milestone cards for mums and an open letter to sleep.