Are you thinking about buying a bedside crib for your baby? One of the most popular review posts I’ve done this year was our SnuzPod bedside cot review, a co-sleeper cot that attaches to the side of your bed meaning you can sleep alongside your baby. 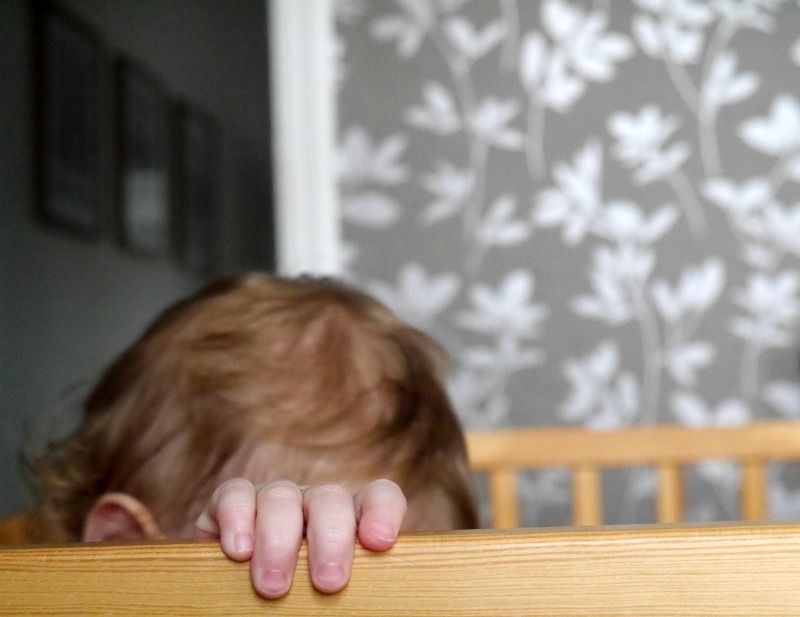 Since moving on from the SnuzPod we have been reviewing an organic cot mattress from makers Little Green Sheep (more on this shortly).

However, I’m still asked a lot of questions about it, so here’s a round-up of the top six:

How long did your child sleep in it for? When did she move to a cot?
The SnuzPod is much bigger than a traditional Moses basket, so will definitely last lots longer. Florence was in it for nearly eight months in the end – due to various factors but mainly because we loved it so much – and she and still fitted in it, and it was definitely wide enough (it’s recommended that you move them into a cot at about six months, or when they start to sit up independently, but she was never in it unattended – plus she’s never been a cot napper). 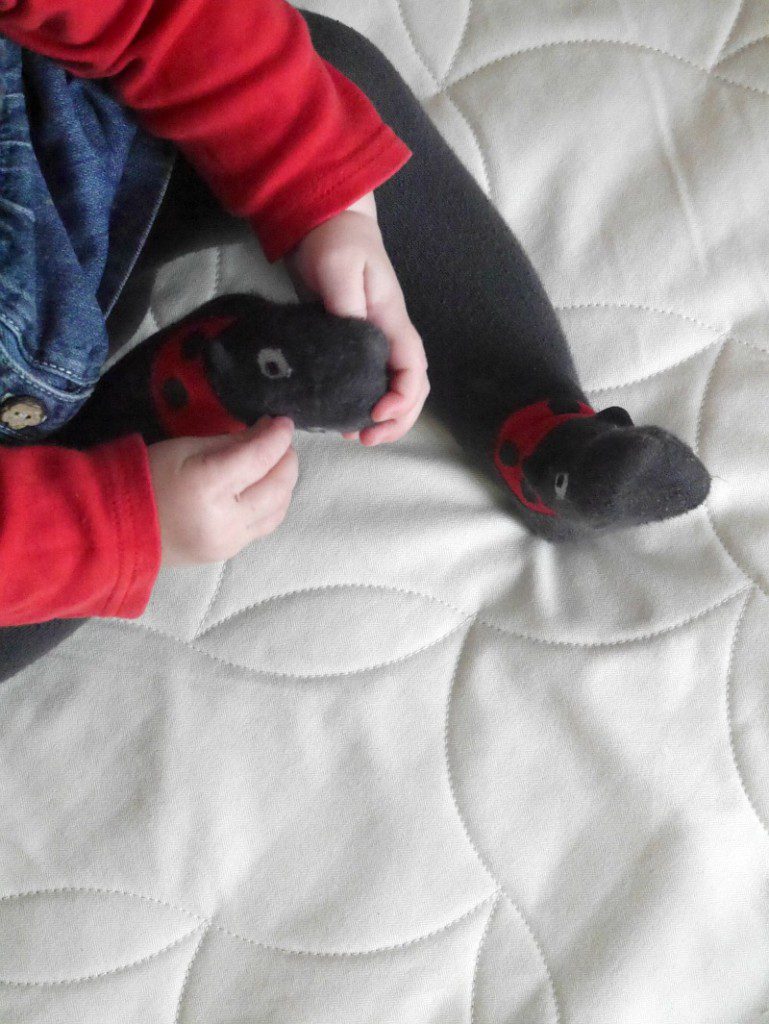 They actually make mattresses for the majority of sleep sizes, from Moses baskets to single beds. However, we have a space-saving compact cot which is smaller than a standard size cot, so Little Green Sheep made us a bespoke mattress (we sent over the dimensions of the cot and it took about four weeks to be made).

All of the mattresses they make are of organic, chemical-free, breathable products. Safe sleep is such a key issue when you have a baby, and it’s so reassuring to know this is a quality product that’s specifically designed with this in mind.

Our mattress is a  twist mattresses, meaning there’s a harder side for up to age one, then a softer side for one plus. 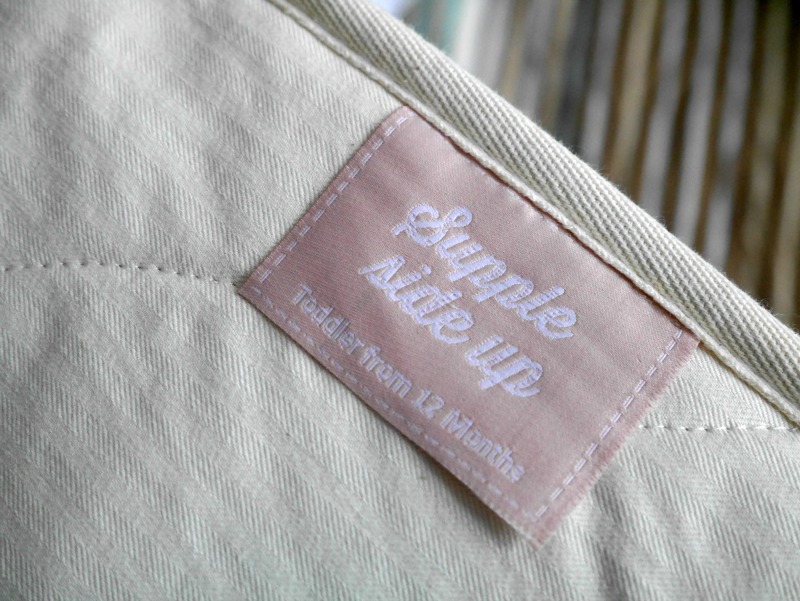 The mattress feels and looks solid and is incredibly well made, and compared to the usual foam affair that comes with cots it’s really great to know that your baby is sleeping on such a baby-friendly foundation. The bespoke service is open to everyone, and costs from around £169.

However, not the fault of the mattress, but Florence still hasn’t spent longer than a few hours in it as she much prefers our bed (another alternative; get a giant bed and a lovely giant mattress!)

Where did you get your patterned cot sheets from?
We bought the patterned sheets in my original SnuzPod review from Fox Organic Kids.

Does the SnuzPod work with a baby monitor?
Yes and no. We had a motion sensor video baby monitor, where a sensor mat sits under the mattress and alerts you if they don’t move. We didn’t realise for a while but the big issue with using the sensor mat with a bedside crib it that it picks up movement from the bed it’s attached to – meaning that it could be sensing your breathing and not the baby’s. Even turning down the sensitivity on the sensor doesn’t really help.  However, it works fine when you’re not in the bed, so will be accurate when you’re downstairs or in another room.

How does it compare to other bedside cots?
There are a couple of other alternative bedside cots – eg the NCT Bednest, the Chicco Next to Me cot – and lots of people have asked me how it compares. Short answer, no idea – we’ve only tried this one (but it looks lots nicer than some of the others, in my opinion!). 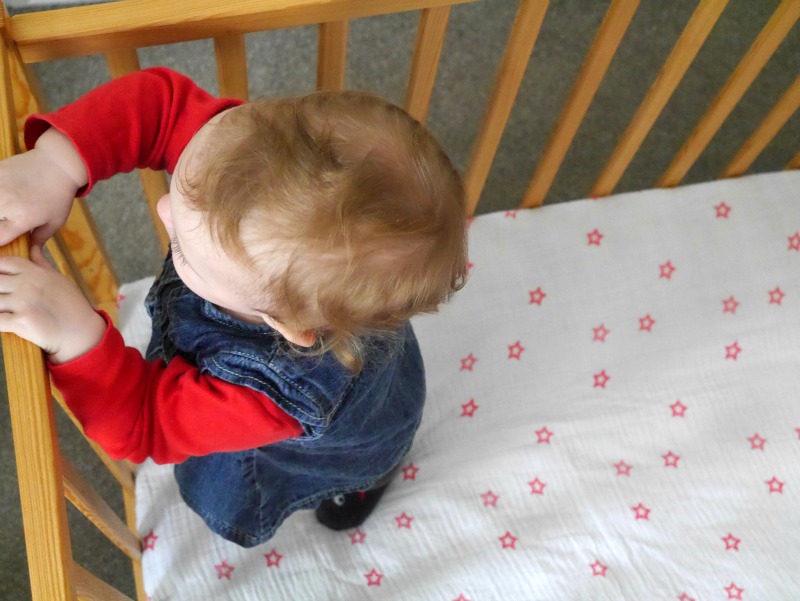 Why not just co-sleep with them in your bed?
I was scared of squashing my baby as a newborn, especially when she was so tiny, but wanted to be right next to her so this was a perfect alternative that gave us both space but also closeness.

Have you tried a bedside cot? What did you think?

The organic mattress is available from Little Green Sheep’s website. You can currently buy the SnuzPod from a number of different high street stores, including the natural wood SnuzPod and the white version from Boots.

More posts…iCandy Raspberry pram review, things they don’t tell you in NCT classes and everything you’ll obsess about in your baby’s first year.