Getting in to bed with co-sleeping 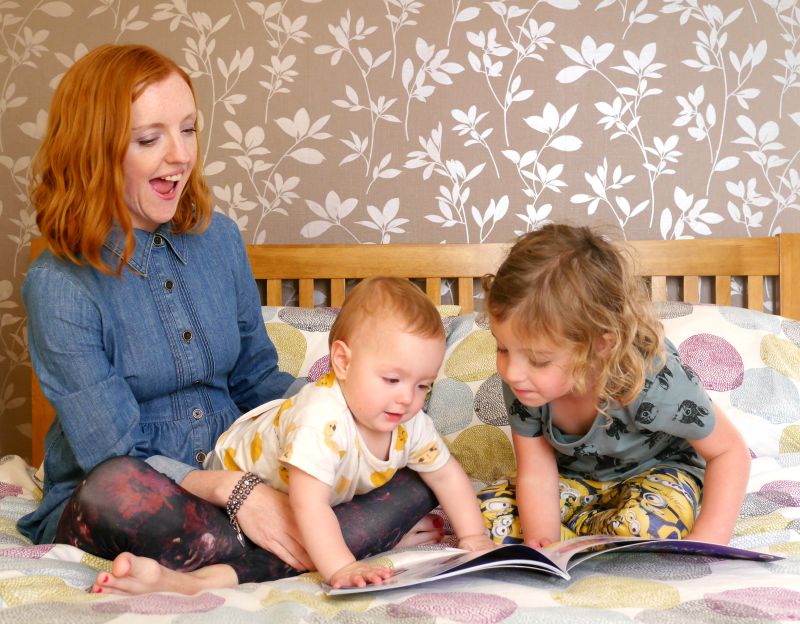 The five people you meet in our bed in the morning: 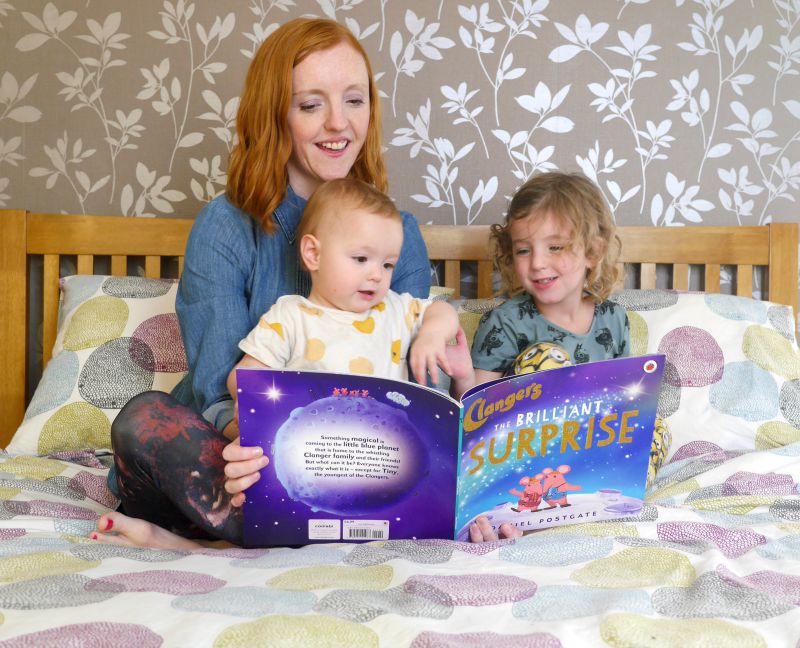 We appear to have somehow fallen into bed with co-sleeping. It wasn’t deliberate and was never the plan at the start. But after spending about seven months in her SnuzPod co-sleeper cot, Florence now comes in with us from whenever she first wakes up in her bigger cot (she still wakes a lot and breastfeeds a lot, so it makes a lot of sense and everyone gets more sleep if we’re all safely sleeping together). Since toddlerdom Eliza’s always been in and out for at least some of the night after we realised it was easier all round. And she’s been in a lot recently; as my Dad very astutely pointed out ‘Why would she sleep in her own room when she knows you’re all snuggled up in the other?’ 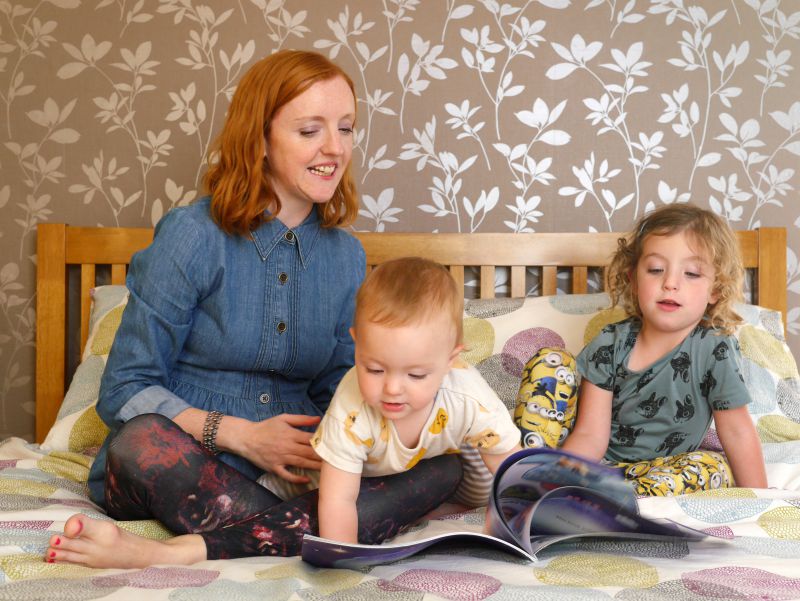 Co-sleeping always seems like such a loaded term, doesn’t it? Obviously it’s a personal choice and whatever works for you, as long as you do it safely. I think if you asked most parents if they co-sleep they’d probably say no, but if you asked if they ever have their children in their bed with them it would probably be a different story.

So it works for us. The only problem for us is that we had a standard double bed and a mattress that was about eight years old and as comfortable as concrete, so none of us – adults – were sleeping particularly brilliantly, especially as Alex was spending lots of time on the floor to give everyone else space. So we needed to size up and fast.

Wayfair kindly stepped in and sent us the much larger Mya king sized bed frame in  Honey Oak (you can also get it in white). We basically wanted a much bigger bed with a neutral wooden frame with a simple headboard.  It also needed to be something low so there wouldn’t be far to fall off it, and didn’t want a footer as thought it would take up too much space (and I was worried about the child / head bashing potential).

It was a flat packed bed that arrived cunningly in only three boxes, which didn’t seem like it was nearly enough for a bed at first. It was easy to put together (Alex did it by himself – apparently the most tricky part was the slats, just because there were so many of them that they were time consuming).

And what’s it like? The Wayfair bed review looks great and there is lots more room. It’s so nice having a bigger, more comfortable bed. It’s also used for storytime, naps and so on. Although Eliza still takes up most of the space. Of course. 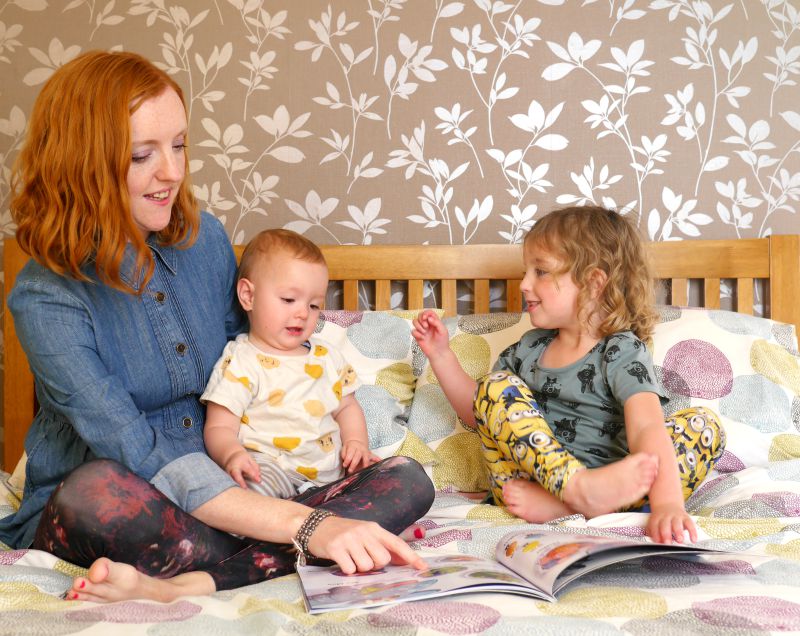 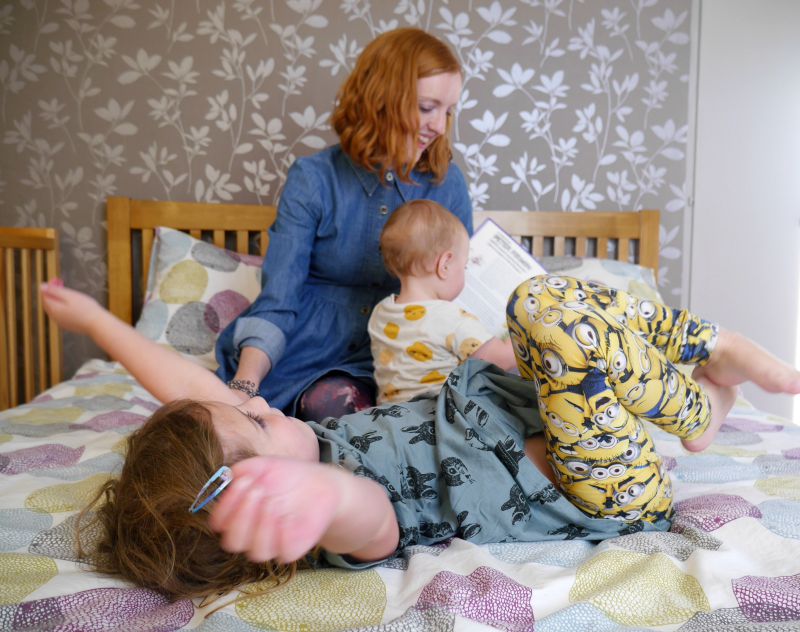 Thanks to Wayfair for our Wayfair bed review, and allowing all of us to sleep a bit more easily. Here’s the NCT co-sleeping safe guidelines.

P.S. my post for Wayfair about breastfeeding nests, a mini toddler room tour, an open letter to sleep and everything I’m too tired for as a tired mum.