Looking for some outdoor garden toys..? What do you mean, not at the moment? I know it’s cold and drizzly outside, and we’re firmly into autumn territory now, but here’s a look back at a couple of the toys we’ve been playing with outside over the summer (it might be useful at some point next year, so consider this either fashionably late or freakishly early). 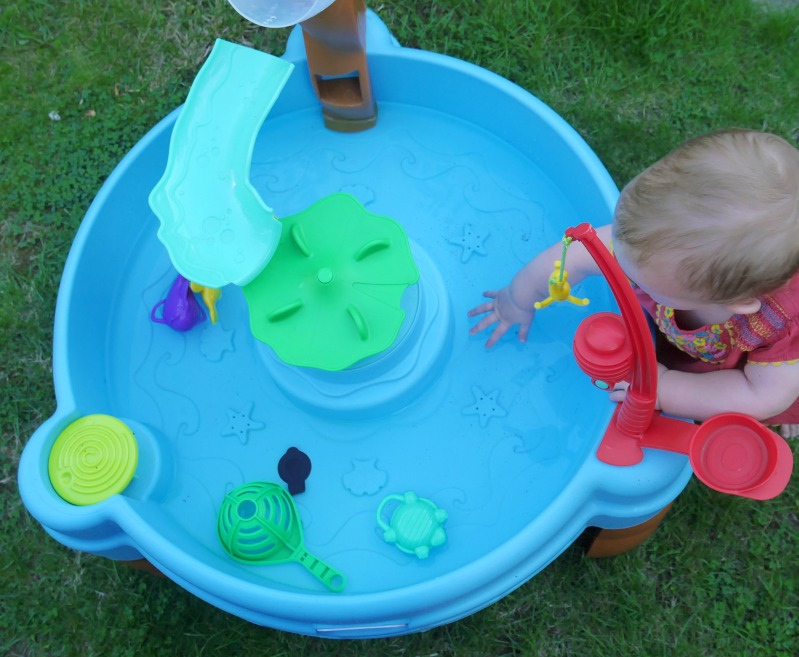 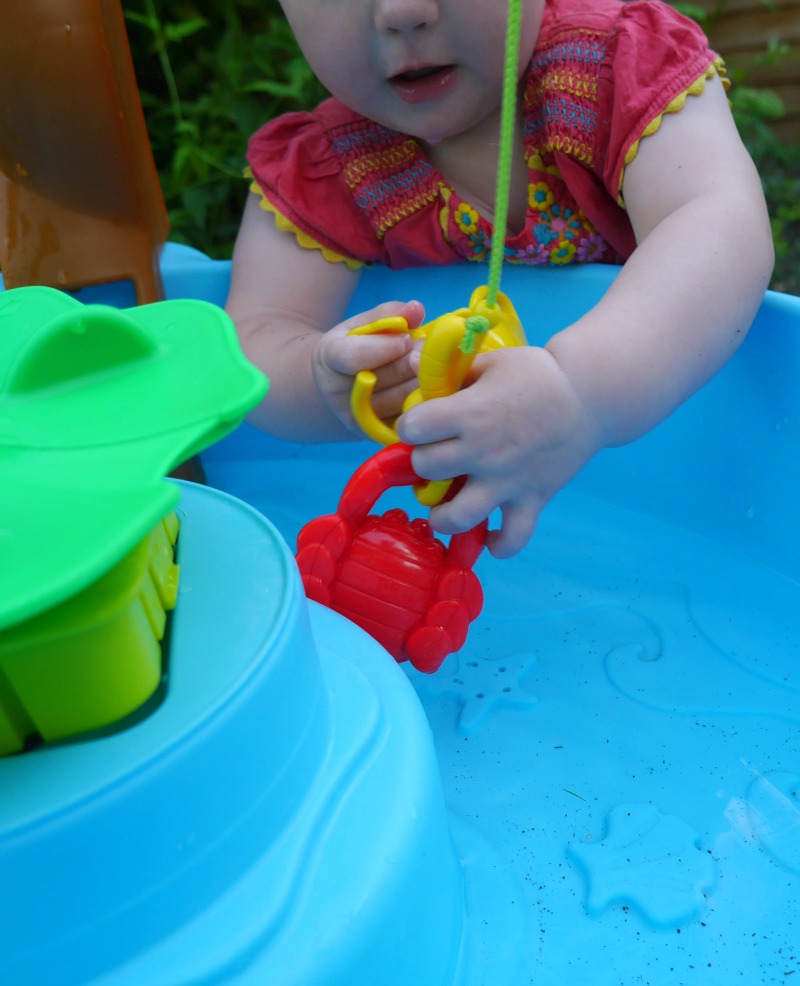 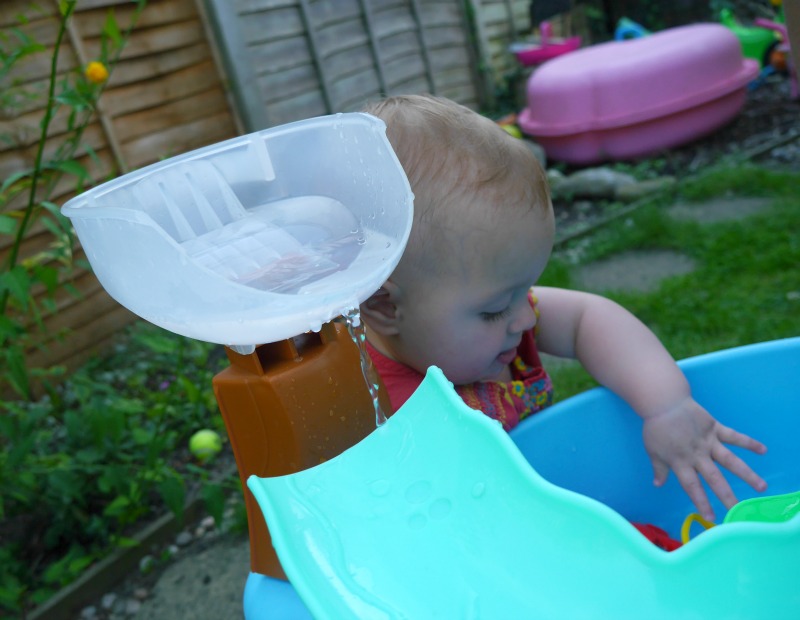 We recently reviewed the Little Tikes Dino Crazy Coupe, and were also sent the Fish and Splash water tray water tray which has been an equal, if not more, amount of fun.

There’s a lot going on with this tray. You can use it just as a water tray, or as a fun fishing game (it comes with a rod and hookable toys) or by using the water toys that are attached to the tray. The really good thing about it is that it’s low down – about Florence’s height when she’s standing – which has been great as she can get involved. And there’s nothing to say you can’t fill it with sand now it’s slightly too chilly for a soaking. It costs around £44.

Eliza’s also been playing with the Tomy John Deere 1st Farming Fun playset. Not strictly an outdoor toy but one we’ve had fun with in the garden, this is a mini farm harvest set modelled on the actual John Deere tractors, with a trailer, animals and farming equipment, plus a very burly farmer to drive it all. 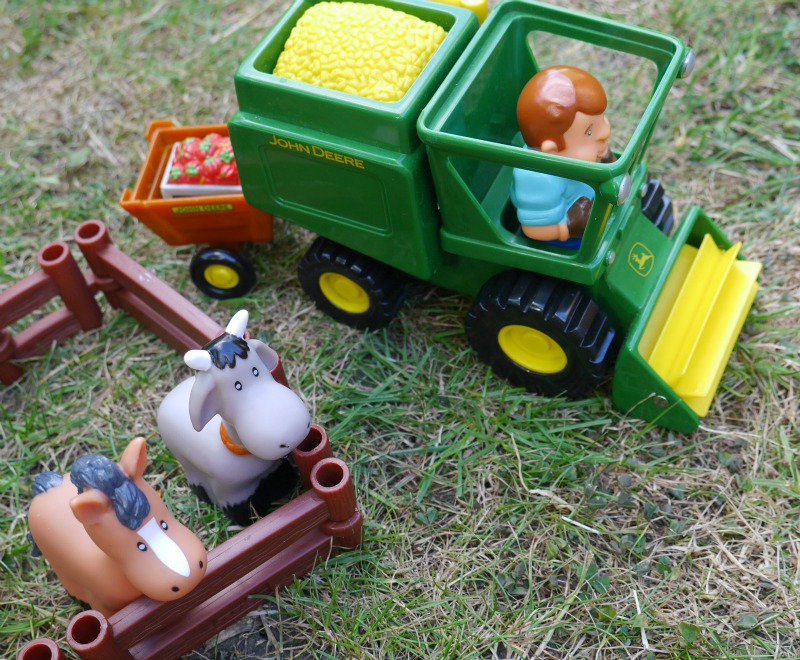 What I liked is that it’s a very gender neutral toy set, and everyone who’s been to our house has loved it. My main gripe is that the only female farmer in the overall range is the ‘farmer’s wife’. Why so stereotypical? 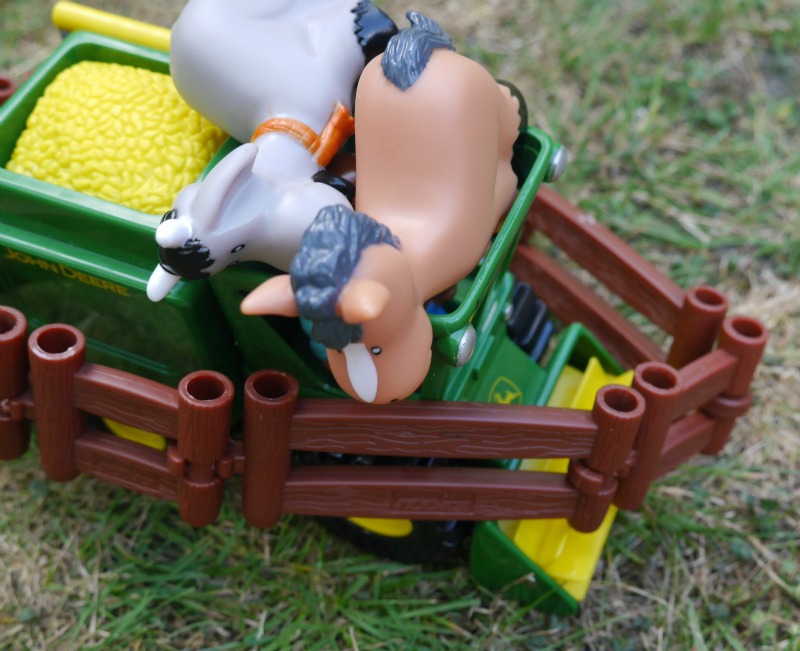 Turtle in your garden? Possibly not (although it’s now a frequent visitor to ours). So in a case of toys imitating life we were sent this Brio wooden push turtle toy. Randomly it looks like wood and is described as such on the website but it’s actually hard plastic. It’s colourful and fun though. 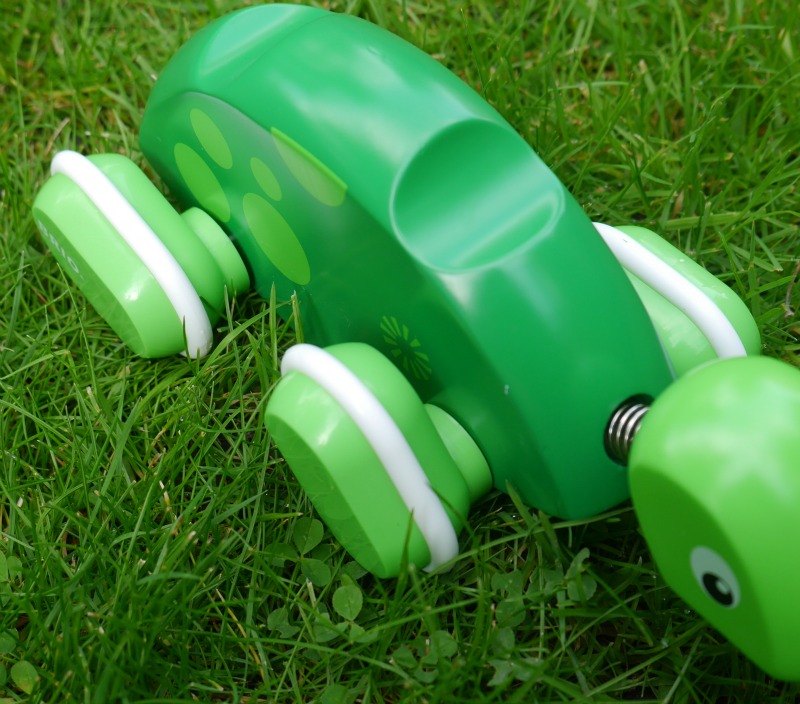 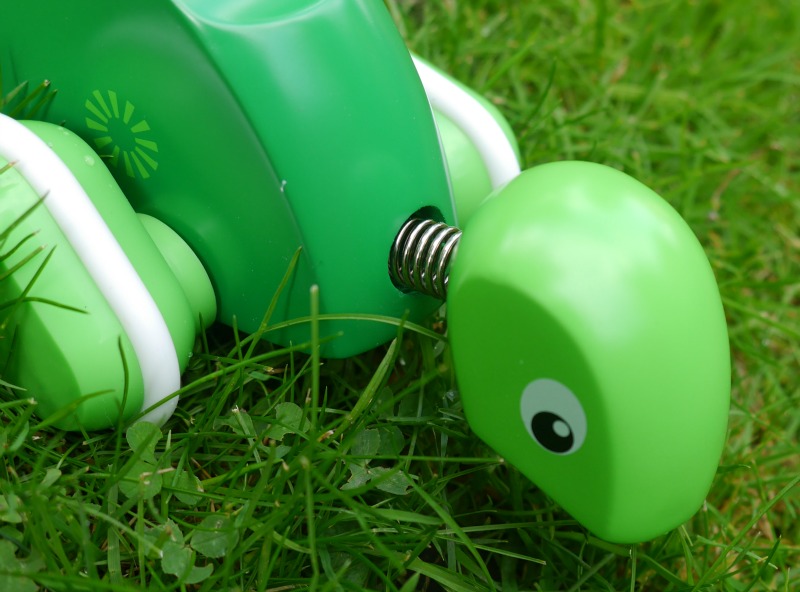 And finally, as we’ve been outside a lot, we’ve been using the Green People Organic Children sun lotion. Being of the pale and ginger variety Factor 30 is about as low as I go for sun cream, and I’m pretty militant about having it on my children too. I often worry about the chemicals in sun cream, so this one is reassuringly organic, which is great to see. And obviously it’s one for all year round and not just the summer. 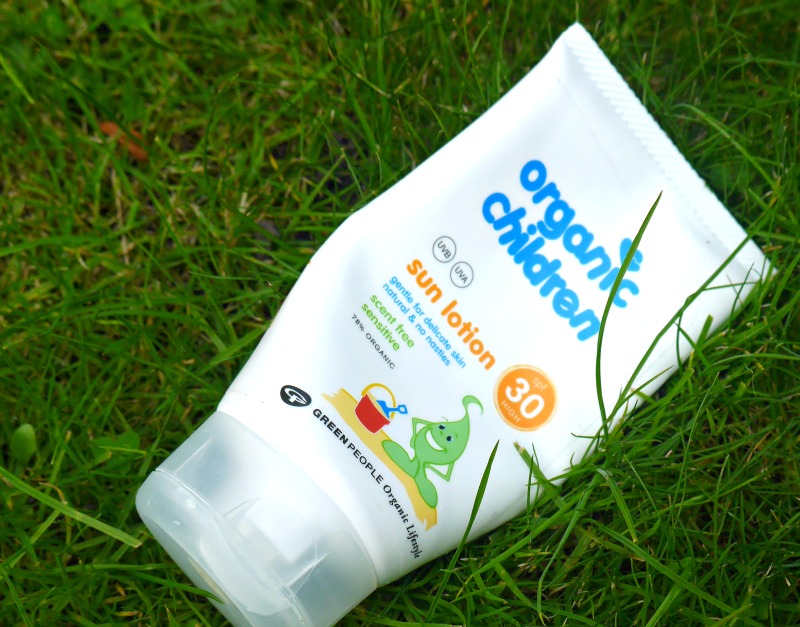 And as we’re now in jumper and coat territory, here’s some shameless summer nostalgia (remember swingballs, screwballs and sprinkler bans?) And more looking back out outdoors fun, who else did the Duke of Edinburgh award? This post bought back a lot of memories.

We were sent all the things in this post for the purposes of this review.  More reviews – SnuzPod bedside crib, iCandy Raspberry pram review and presents for one-year-olds.