A weekend drive with Little Tikes

This weekend it rained on and off, so we decided to recreate the Sundays of our childhood by going for a traditional drive, but with a twist. This time we brought our Little Tikes Cozy Coupe car indoors for a ride around the house. 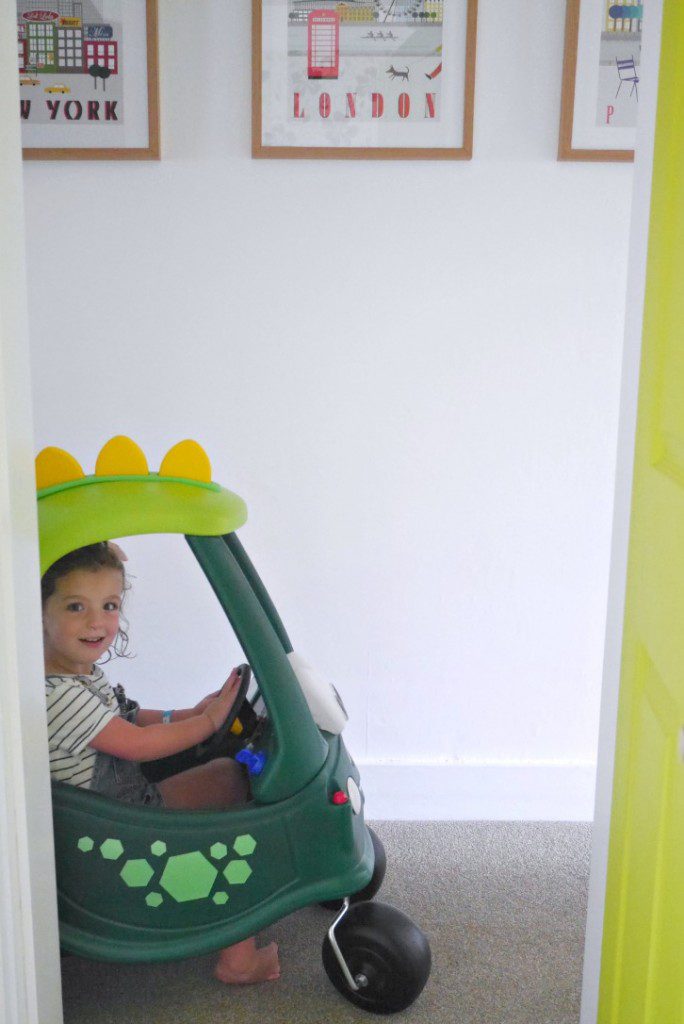 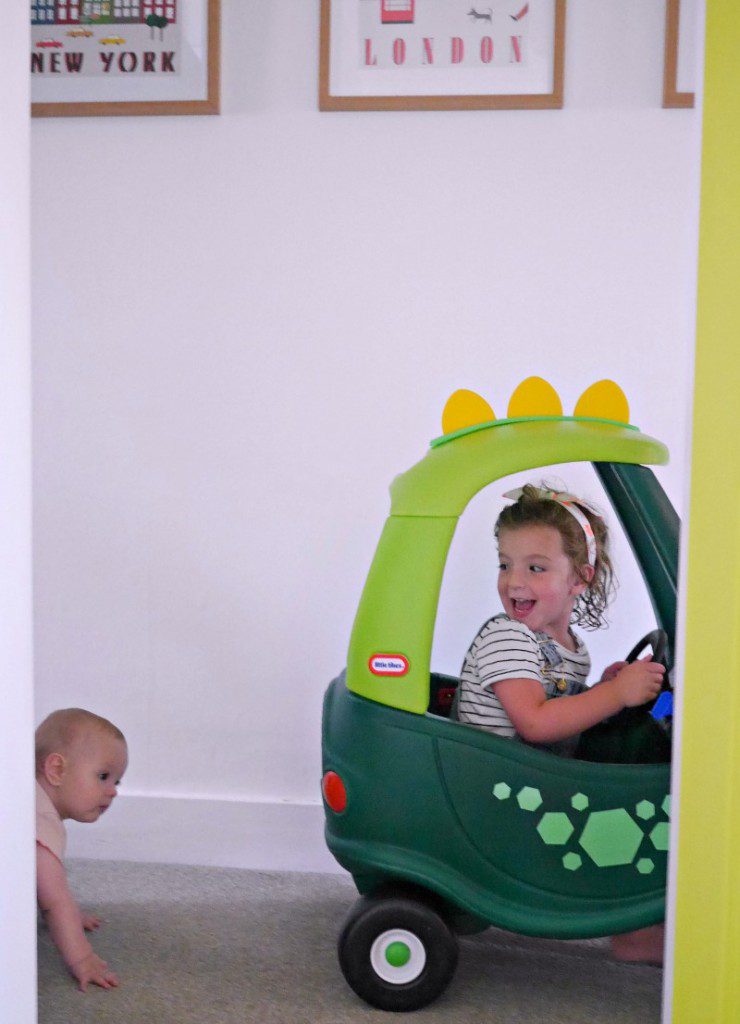 The car is designed for children to play with outdoors – and lives in our garden – but we thought it would be fun to bring it for a test drive indoors instead.

We were sent the new dinosaur version that comes in dino green with a roof fin (did you know the original has been around since 1979 and outsells the Ford Fiesta by 30%? And it’s a staple of playgroups across the world, I imagine). 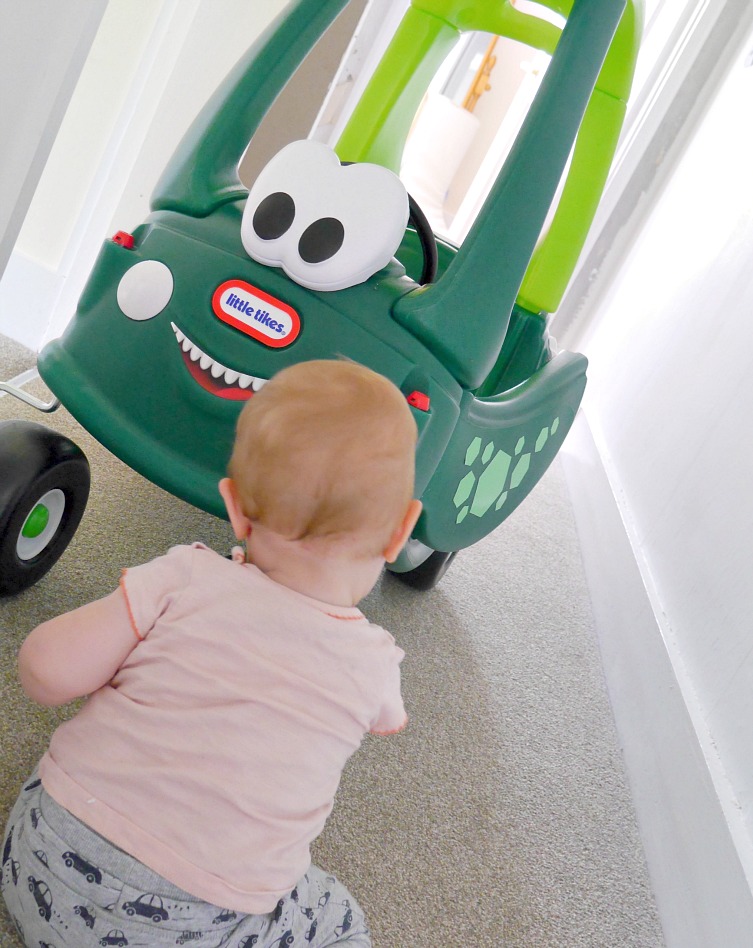 As well as being pleasantly blocky with big appealing features, I was surprised by the little details on the car – the petrol cap, the turnable key in the ignition, the dashboard and the steering wheel. Eliza loved all of these and they really extend the prompts for imaginative play. 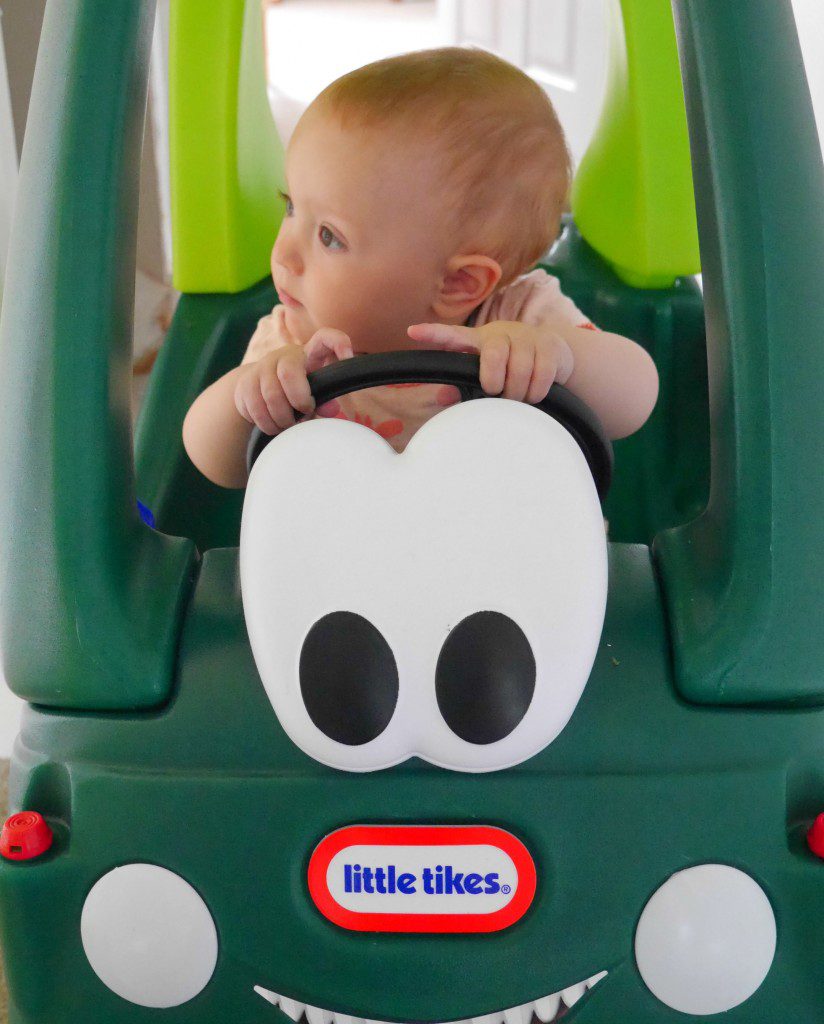 The car does need a lot of assembling and was fiddler than you’d think to put together – my husband did the work and found parts of  it pretty frustrating (particularly the screws for the roof). 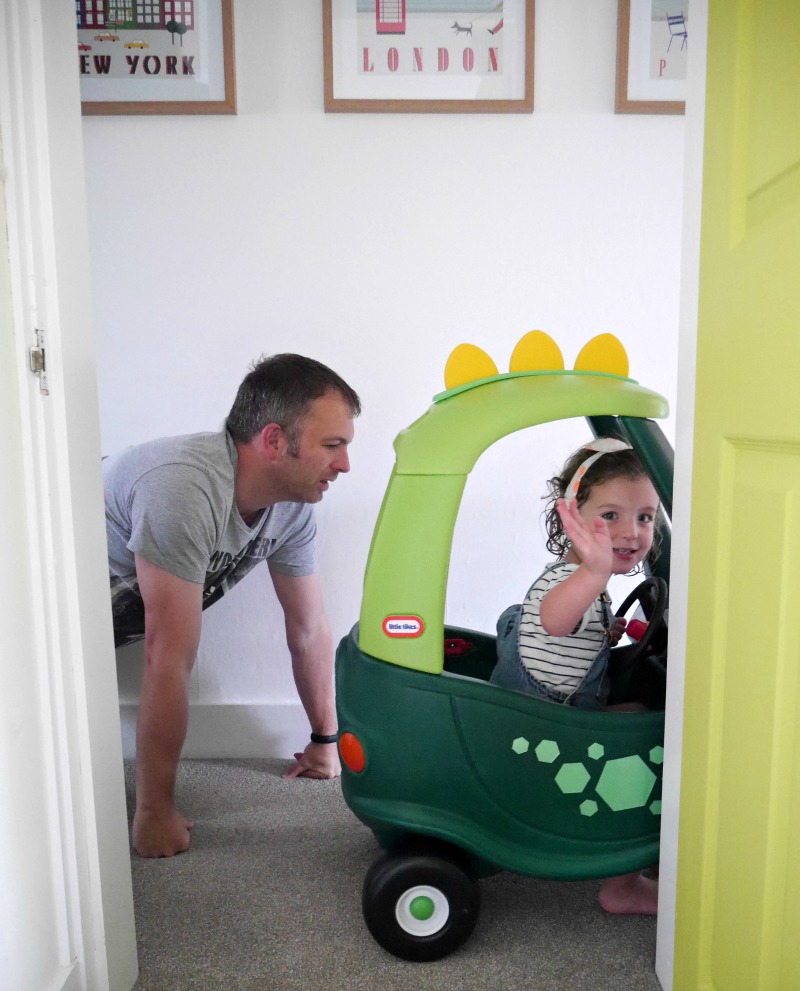 There’s something irresistible about these cars though, isn’t there? Every child *cough* adult *cough* who sees them just wants to get in and have a go…and once it was assembled even the baby, in her car leggings, was fascinated (bigger children ride the car by themselves using their feet, but if smaller children are using it there’s a floor board and parents can push it along). 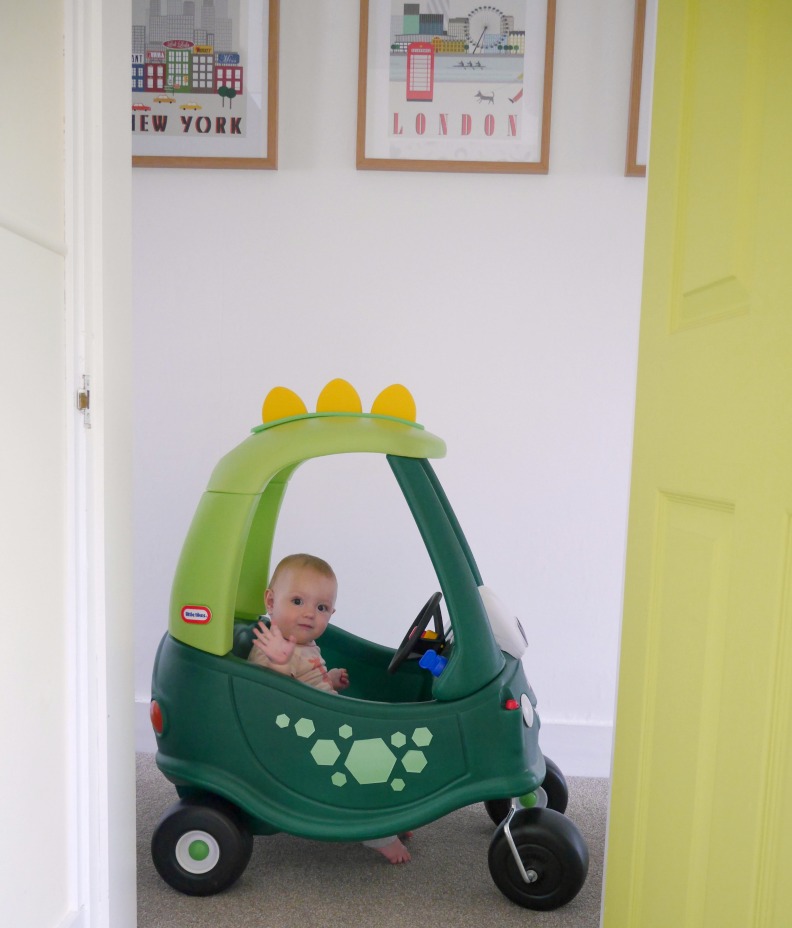 Thanks to Little Tikes for sending us the car, which costs around £59 from most big toy shops. No carpets were ruined in the making of this blog post (luckily!)

More posts: a toddler room tour, more about the green door and a chalkboard wall and reading corner.