My pet and me

Name all your childhood pets….go! We had a series of goldfish. A series of rabbits, one called Jive Bunny (retro). A hamster. And our dog, a pet who was like an actual member of the family. 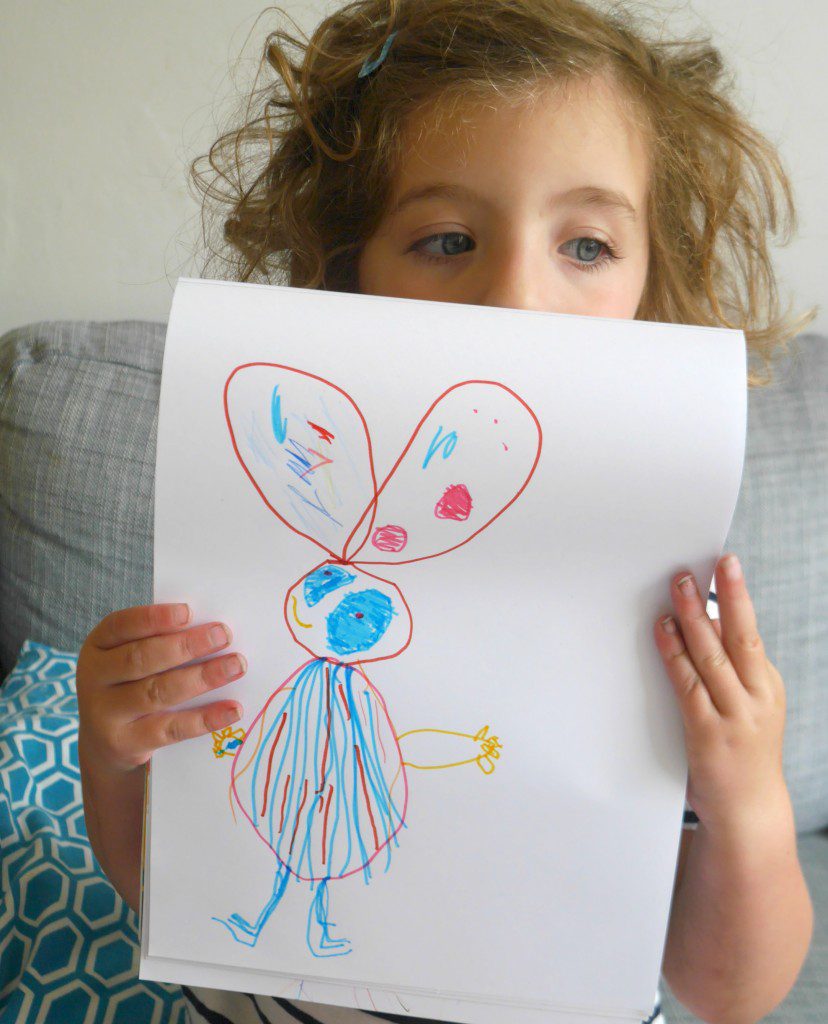 Eliza really wants a pet and often asks me if we can get one, mostly when we’re watching Paw Patrol. Pets were such an integral part of my childhood that I can’t imagine my own children not having them. So it’s pretty inevitable that we’ll get one at some point.

PetPlan, providers of lifetime animal insurance for pets, challenged us to come up with a drawing of our dream pet. They sent us a whole load of art supplies and amazing animal books – hello, Chinese Crested Dog! – and asked us to hold a pet-themed drawing party. 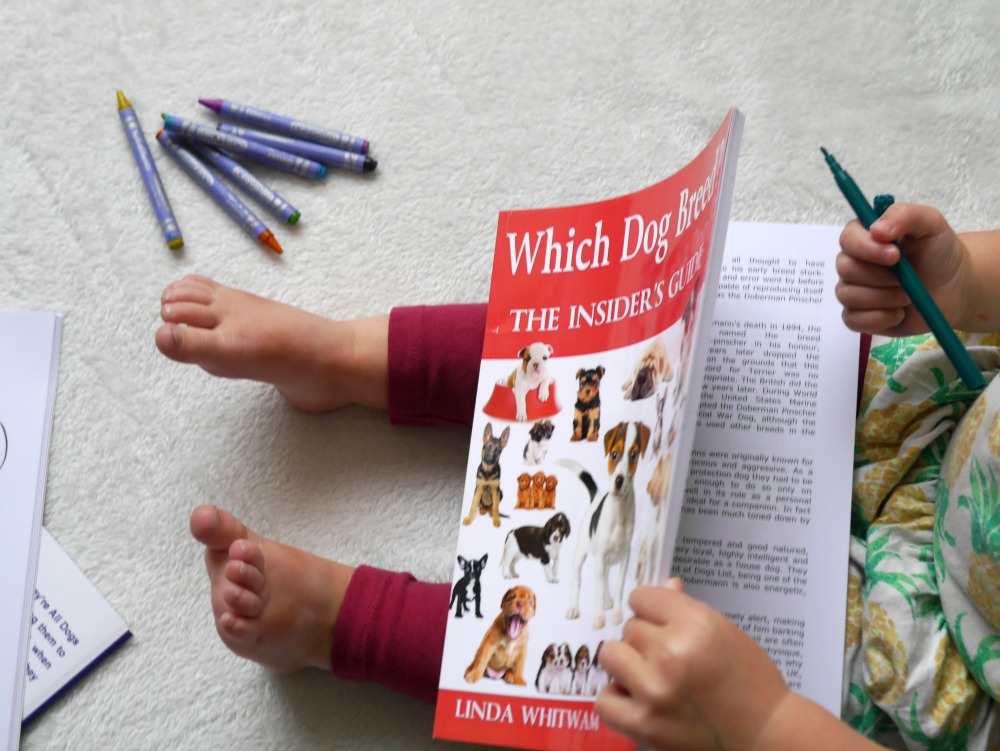 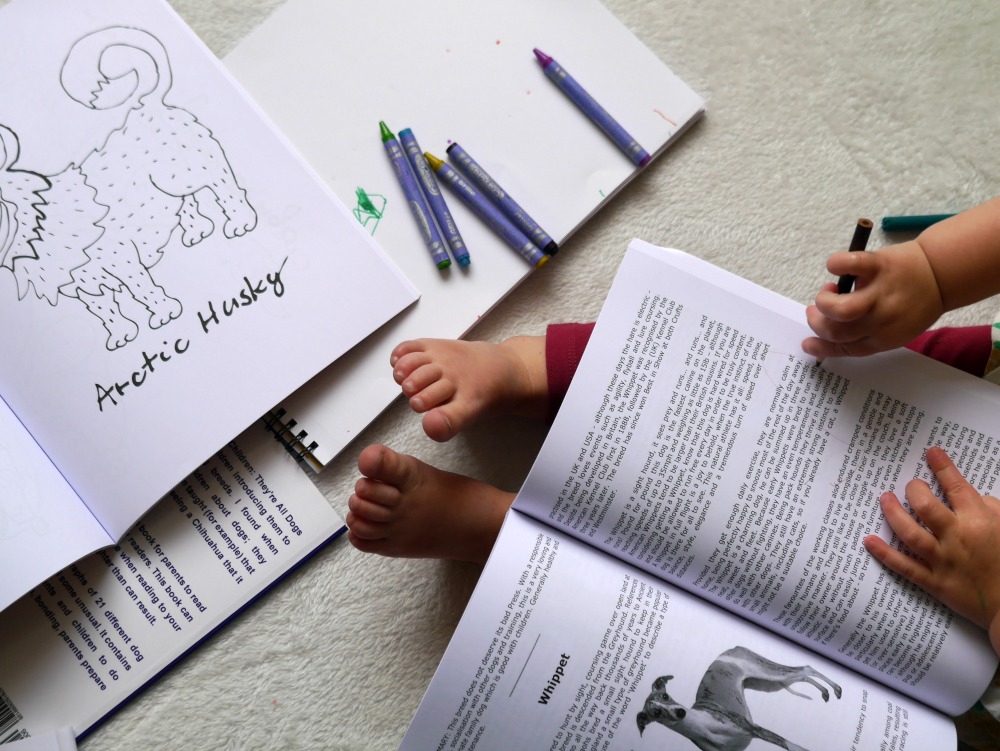 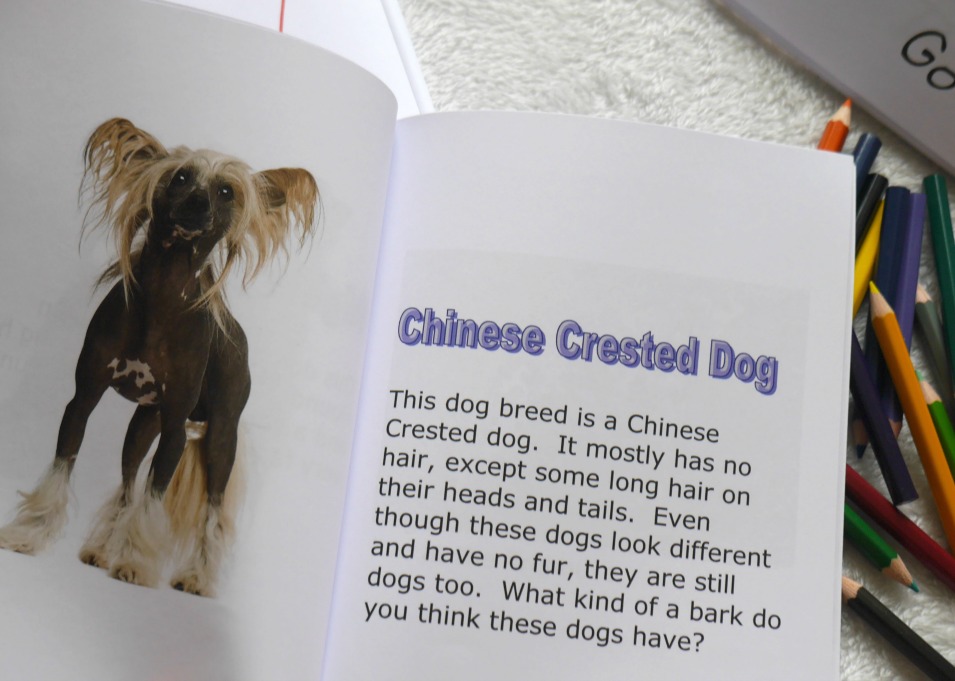 Both of mine love anything artsy / craftsy and drawing over anything, including themselves – see below – with felt pens, so we pretty much spent most of a week having a drawing party. They were occupied for *hours* so thanks, PetPlan!

E had very clear ideas about her dream pet; a rabbit, with massive ears, big eyes, lots of red, stripes and spots. 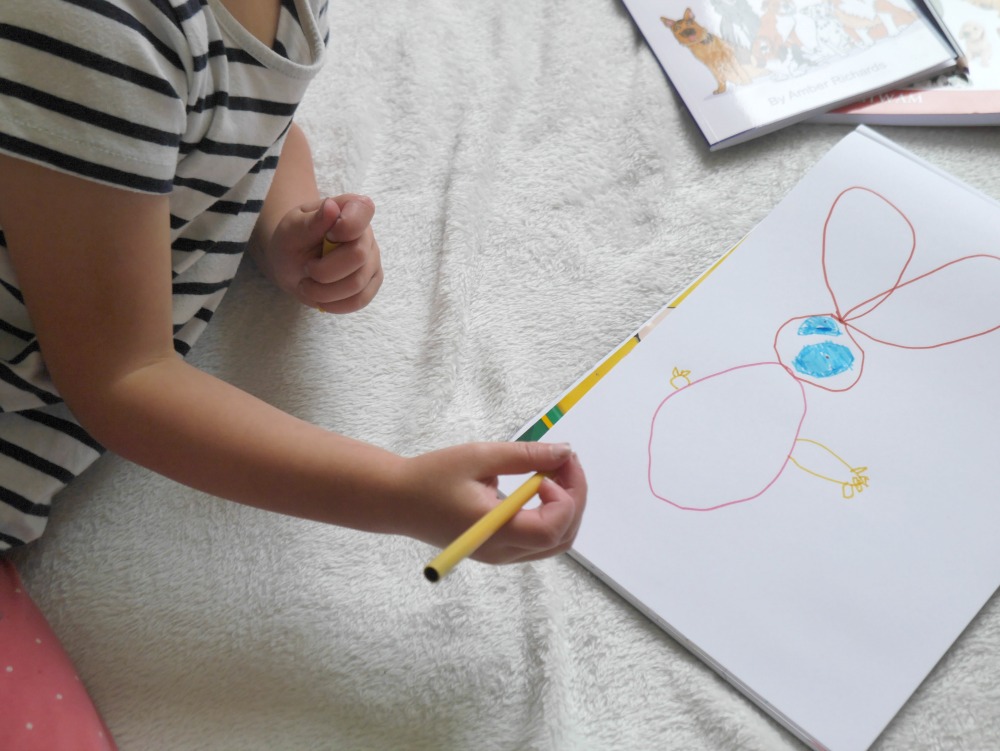 And this was the finished item…meet Twig. 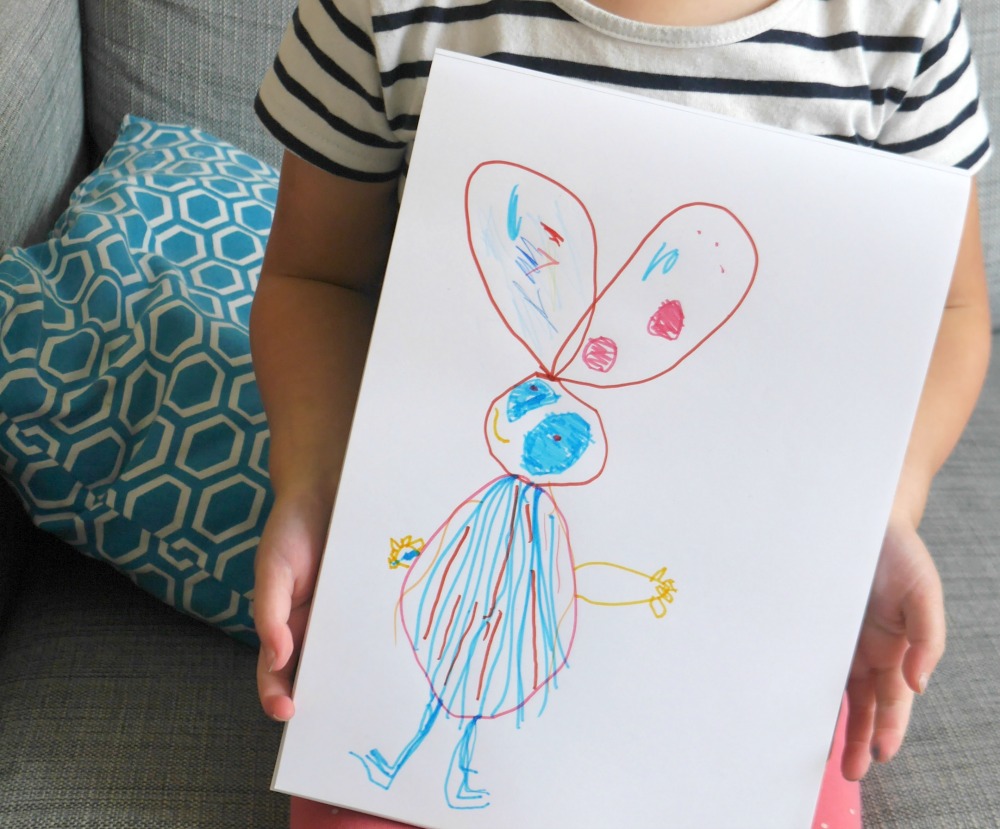 And what these photos don’t show is that two minutes later, when my back was turned, one of my children drew all over her arms with the felt pens. Arghh!

But a week or so later, something pretty magic happened…guess who turned up in the post? 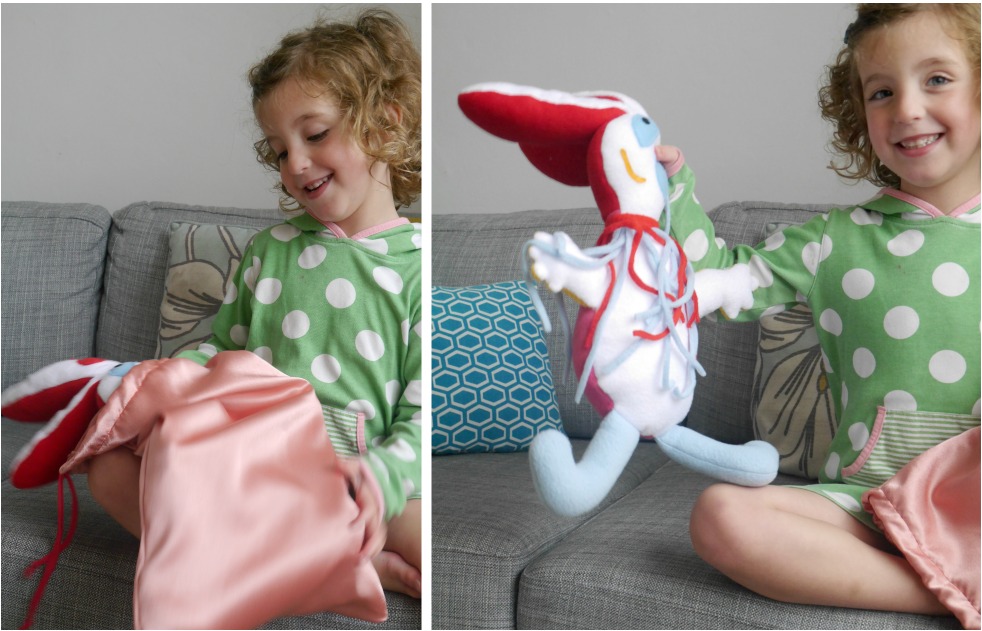 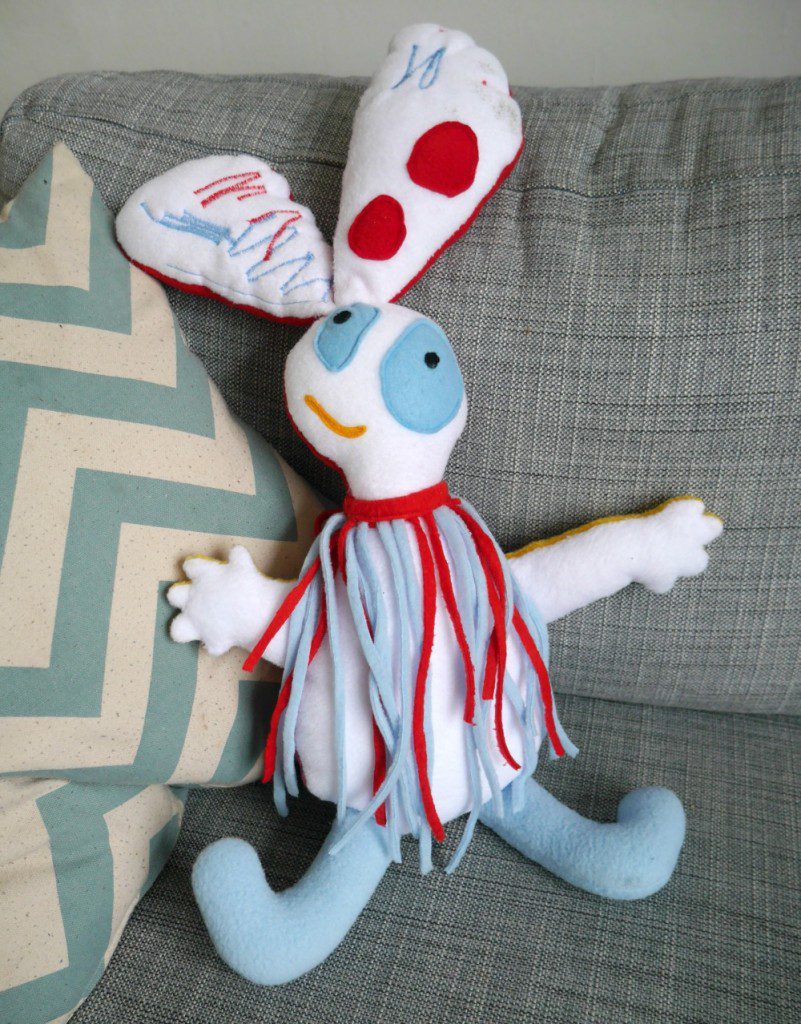 Petplan has been providing pet insurance plans since 1976 in a bid to keep the nation’s pets and owners healthy and happy. It also does lots of good work with animal rehoming charities. If you already have pets or are thinking of taking the plunge, check them out.

Thanks so much to PetPlan for working with us on this post. We’re lucky enough to get to do some fun things due to this blog but this is right up there with the best. Much joy all round.

More posts…all the signs you’re a mum in the summer, truth and lies in Topsy and Tim and questions about kid’s TV that no-one asks (new one – why is the theme tune to My Pet and Me so so so terribly catchy?)