Questions about children’s TV that no-one ever asks 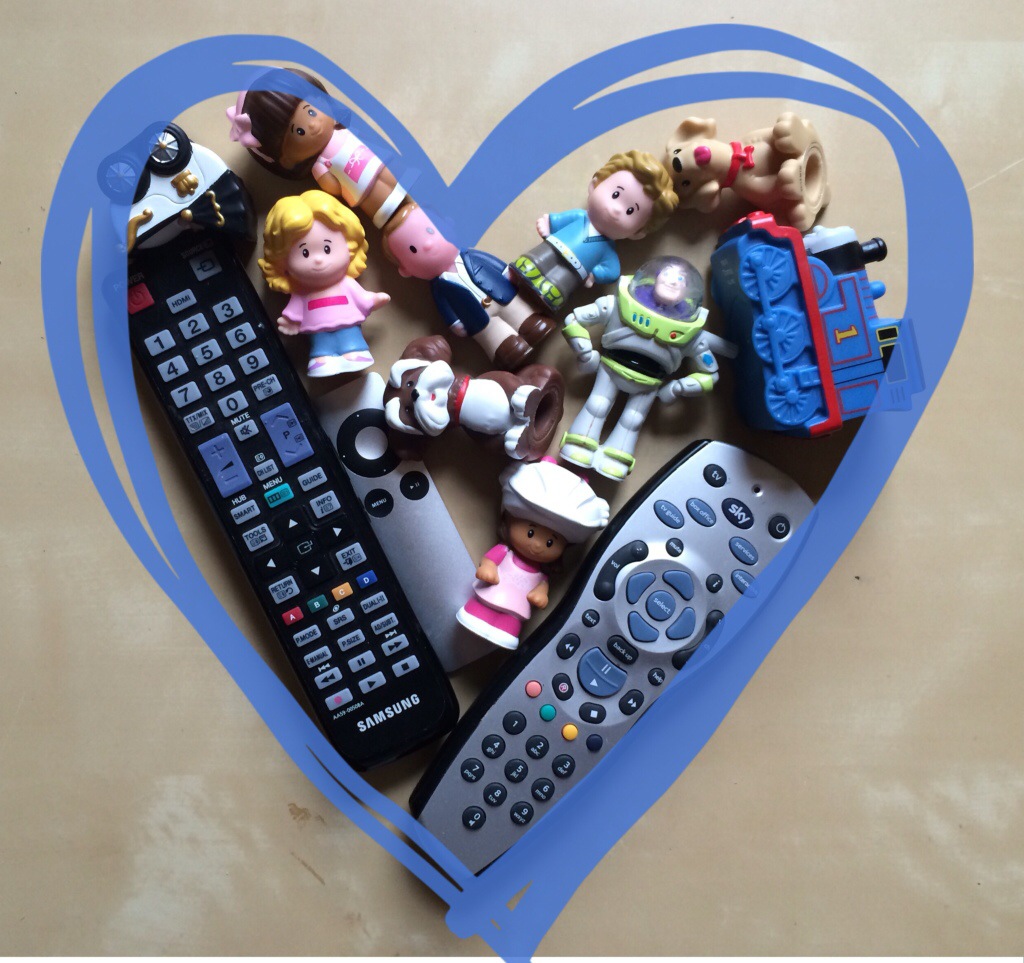 Did you know the first full programme to be shown on BBC2, 50 years ago this week, was Playschool? It was actually an accident; a powercut meant the real first programme that went out the night before wasn’t seen by anyone.

I love that the first programme to be shown on the more ‘serious’ BBC channel ended up being a children’s one. Almost as much as I loved kids TV growing up (everyone did! It was the top topic among my friends. And after school, me and my brothers would crowd around to watch Andi Peters in the Broom Cupboard, with Ed the Duck and Wilson the Butler. Or was he with Andy Crane?) We all loved Cities of Gold, Dogtanian, Around the World with Willie Fog. And not the omnipresent Blue Peter.

Watching kid’s TV now with Eliza, it strikes me how very magical yet completely nonsensical it all is. And probably always was.

So in honour of Playschool, and 50 years of BBC2, here’s some questions that have recently occurred to me about her current children’s favourites. Why does no-one ever ask them?

1) Thomas and Friends. Why are there just so many accidents on the Fat Controller’s line?

2) And why are there so many trains on Sodor; such a small island with a tiny population?

3) What was the Fat Controller – Sir Topham Hat – actually knighted for?

4) And what power does he have over the engines, who all want to be ‘really useful’ and slavishly serve him at all costs (Alex’s opinion “he’s just their boss”)

5) How can the trains run by themselves, sometimes for days, with no fuel (see: Thomas and Misty Island. I have. Several times). Yet at other times they need a driver and constant refuelling?

6) And why do the train drivers seem to have no opinions on anything and never object to the numerous japes the engines get up to. Are they faceless clones? (Yes I know; plotlines)

7) Moving on to Bob the Builder – why don’t any of his projects ever go wildly over time-wise or end up costing the customer thousands more due to ‘unforeseen circumstances’? In an recent episode, he built a whole bridge in two days. The man’s some sort of megahero.

8) And where can I get his number for a quote for our kitchen?

9) In the Night Garden. Whaaaaat is all that about? The strange proportions, Macca Pacca’s sponge and OCD cleaning obsession, moving beds, objects that appear out of no-where? And is it worrying it only makes sense to pre-schoolers or end-of-day knackered parents who’ve only had about three hours of sleep? And, presumably, students.

10) How does the lush and very green Night Garden exist in a weather-less fantasy microclimate? There’s no rain. Upsy Daisy sleeps outside. Macca Pacca doesn’t have central heating in his little door-less cave. I know, I know, it’s a dream-induced fantasy land, but come on people – we’re British.

11) Everyone goes to sleep on command (apart from ‘Pickle Pickle’ aka ‘the weird blue one’). How? My child never does this.

12) And finally, moving on to the almighty pig. Why do some animals on Peppa have anthropomorphic characteristics, but others (ducks, birds and stick insects) don’t? Was it just chance as to who lucked out in that Darwinian lottery?

13) Madame Gazelle is one of the best characters, but why is there a 1-8 child-to-teacher ratio for a group of 2-3 year olds at the nursery? Do they not have government guidelines and Ofsted?

14) What’s the source of tension between Grandpa Pig and Grandpa Dog? And where are the rest of the grandmas?

15) And finally on Peppa, despite a dedicated channel and at least two others that basically show nothing else, why is it always adverts when you have a crying child and desperately need an episode?

What have I missed off? Answers on the back of a postcard, please. Or write in to TV Centre, including a self-addressed envelope, making sure you ask the permission of your mum and dad. Of course.