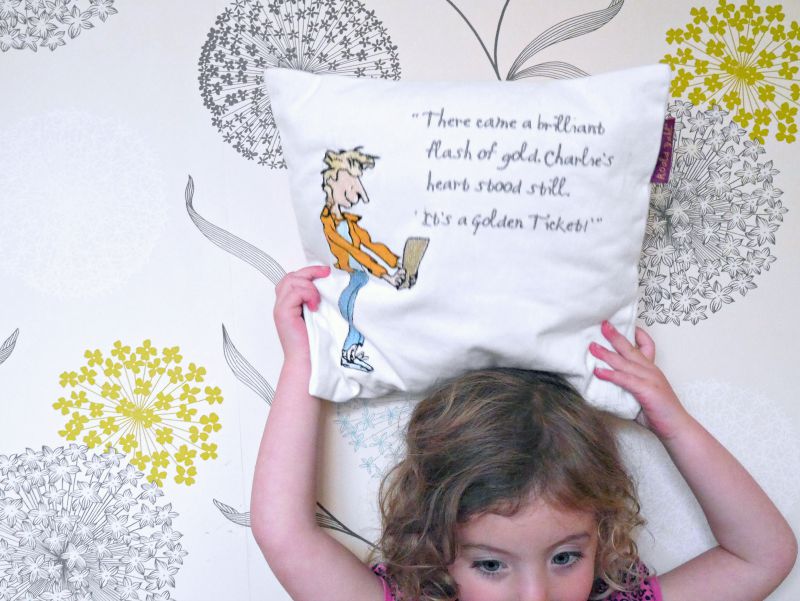 One of the things everyone told me about having a second child was that you really miss spending time with your first. Which sounds weird because you’re probably still with them the same amount of time, and as it is the three of us bump along happily throughout the week. But it is very different; your attention is divided, the baby places lots of limits on what you can do and clearly it’s not just the two of you any more.

It’s so important to spend time together with your older child separately, even if it’s just during the baby’s naptime (ha!). So when Eliza and I were offered tickets to go and see Charlie and the Chocolate Factory at the theatre, it seemed like a great chance for the two of us to spend some time together with just us. And the original film adaptation of the book was one of my favourite childhood films – and still is now – so it’s pretty fair to say I’m not sure which of us was more excited. 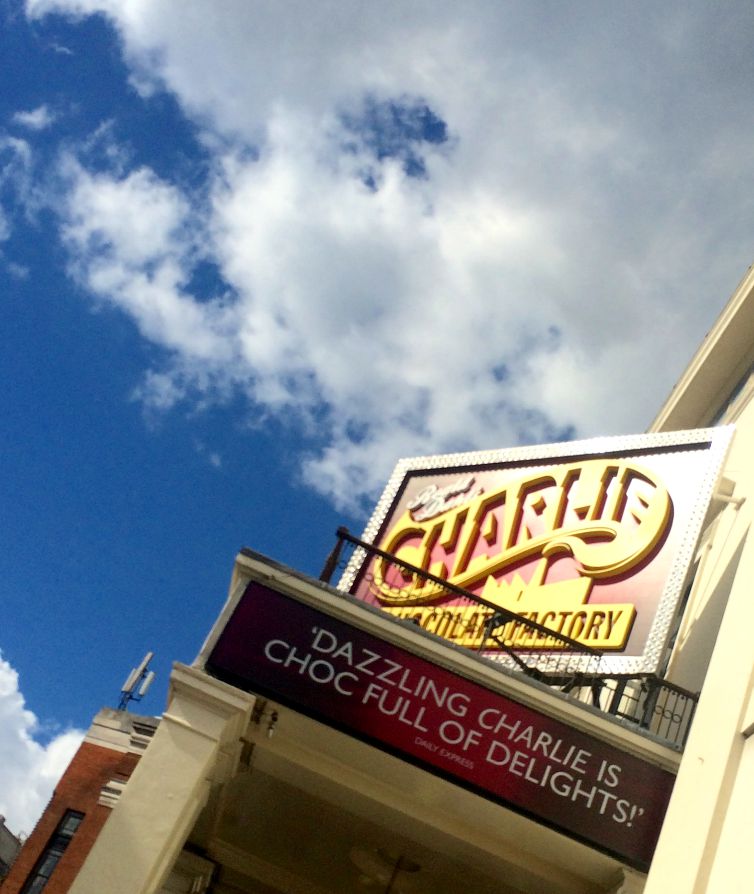 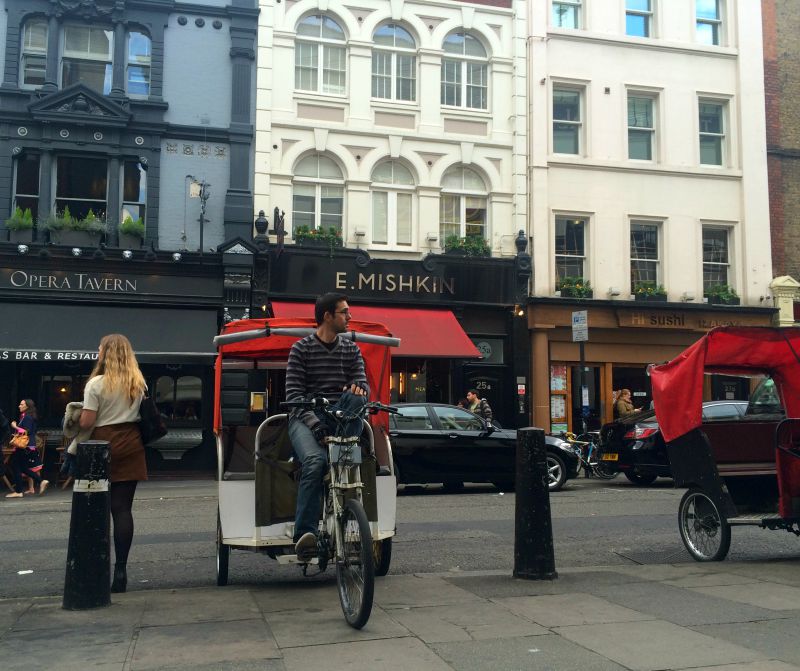 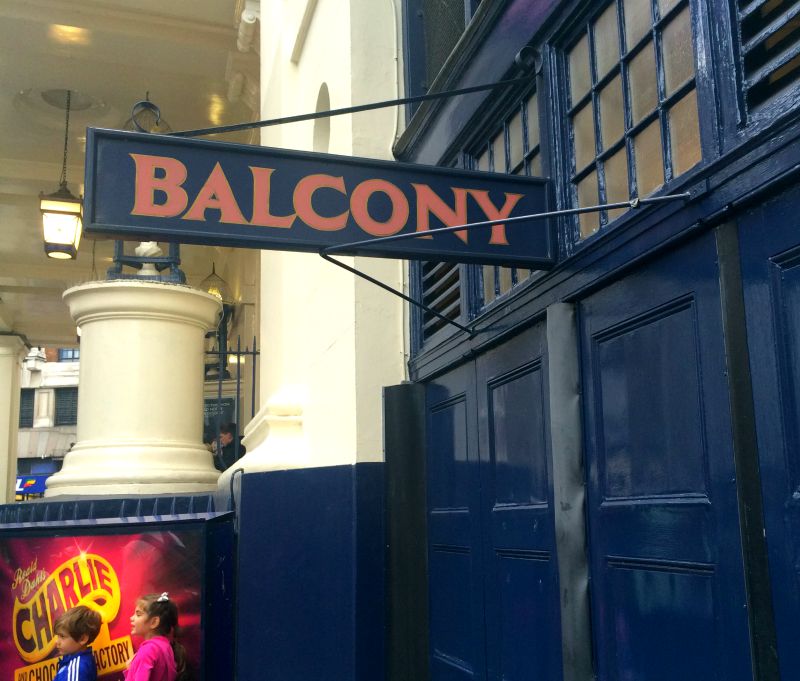 We booked our tickets the week before via TodayTix , a new-to-the-UK ticketing app that’s already hugely popular in America. You just need to download the app and create an account, then can book discounted tickets to London shows, musicals and theatre productions one week to one hour before the show. You can choose your seats via the app and just pick them up on the day from the box office. We’ve not been to the theatre in forever, but this is such an easy way to buy tickets and I love the idea of being able to make spontaneous bookings on the day, right before the show. 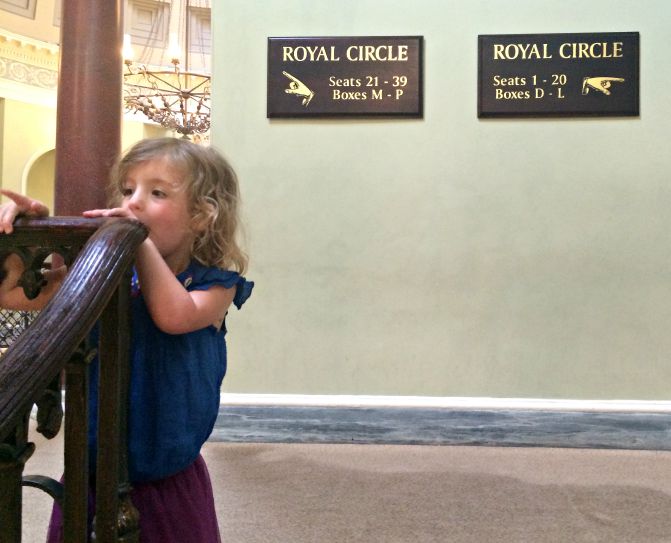 Eliza had never even been to a full-length cinema screening before, so I wasn’t sure how she’d react. But she absolutely loved it, right up to when the loud and noisy Oompa Loompas appeared in the second half and it all got a bit too much.

At that point we ducked out but an incredibly lovely usherette let us watch it from the downstairs bar. So Eliza happily coloured away with some crayons the TodayTix team had given us, and we saw the rest of it on TV.

Has anyone seen the show? It was so brilliantly done and looks stunning – and would be the most Instagrammable show ever if you were allowed to take any photos. Although the soundtrack is catchy there’s only one song from the original film in the show – Pure Imagination – which is a massive wasted opportunity as the original songs are the best. So there’s no Golden Ticket song, no I Want it Now song, no Oopma Loompa song and no Cheer up Charlie (oh wait, that one’s pretty dull anyway).

Thanks to TodayTix for the tickets, the app is really worth trying out if you’re booking tickets in London.

Does anyone go to the theatre a lot? We’re definitely taking Eliza again for some more one-on-one time, any good Oopma Loompa-free recommendations of things she might enjoy?

P.S. How to travel by public transport in London with a baby, how to get a baby on board badge and the Science Museum for children.