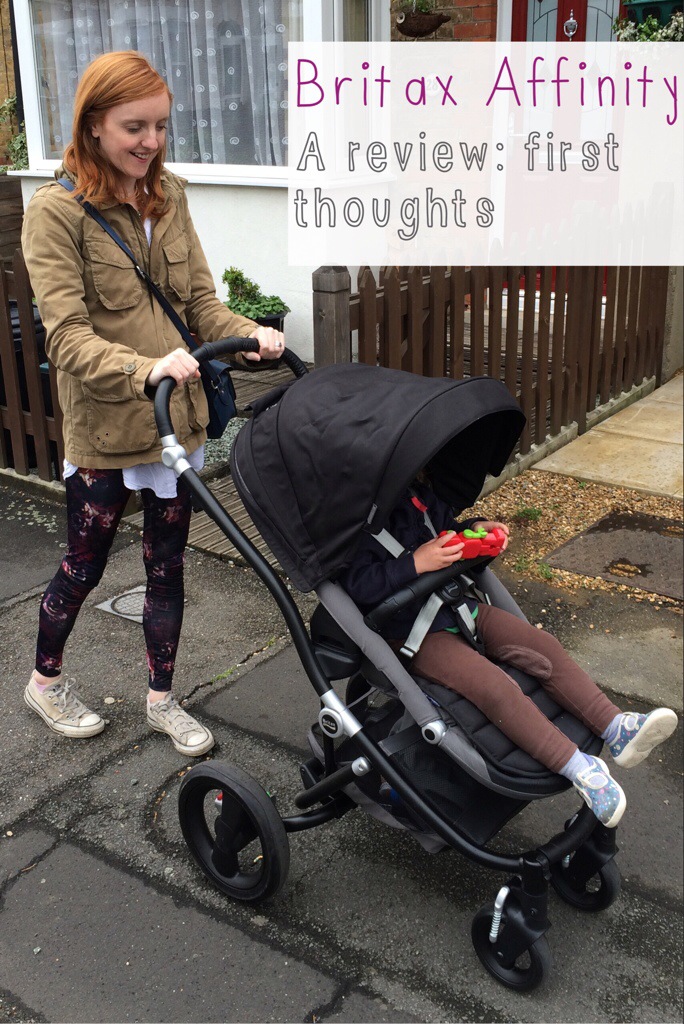 As the Britax Affinity is suitable for use from birth, our Britax Affinity review is going to consist of us testing it in two modes – with a toddler (now) and then a newborn (in the not too distant future). A bit of pram background? We used the Bugaboo Bee – aka the ubiquitous London pram – from when Eliza was born as it was small and light, perfect for public transport and being in a top floor flat. We also have a basic Maclaren, bought to go on holiday, that we now use most of the time as it’s so light and compact.

While we put it the Britax Affinity through its paces for a proper review, here are our initial impressions.

The Affinity came in two boxes. The main body of the pram, then the fabric set (seat cover, basket lining and so on). Our noble pram assembler, Mr C and his little assistant Miss C put it all together.

Verdict? “It was easy to put up with no major problems.” I was pregnantly ‘project managing’ proceedings, and this did indeed appear to be the case. No frustrated swearing was heard during the making of this pram.

We were sent the black model with Black Thunder fabric set. The seat itself is grey, but the frame and everything else is black or silver.

I think it looks really good – sleek, modern and pretty sophisticated as prams go. We generally go for more neutral colours (our Bugaboo is the sand one) and this is definitely a colourway I would have chosen.

Size-wise, it is bigger than our Bugaboo, especially in terms of the large back wheels and wider wheel span (but then it’s not marketed as a small, lightweight urban pram, so seems slightly mean to compare). And while it’s on the heavier side, I can still lift it – unlike the Quinny Moodd we tested – although I’m not sure I could lift it with a toddler in. 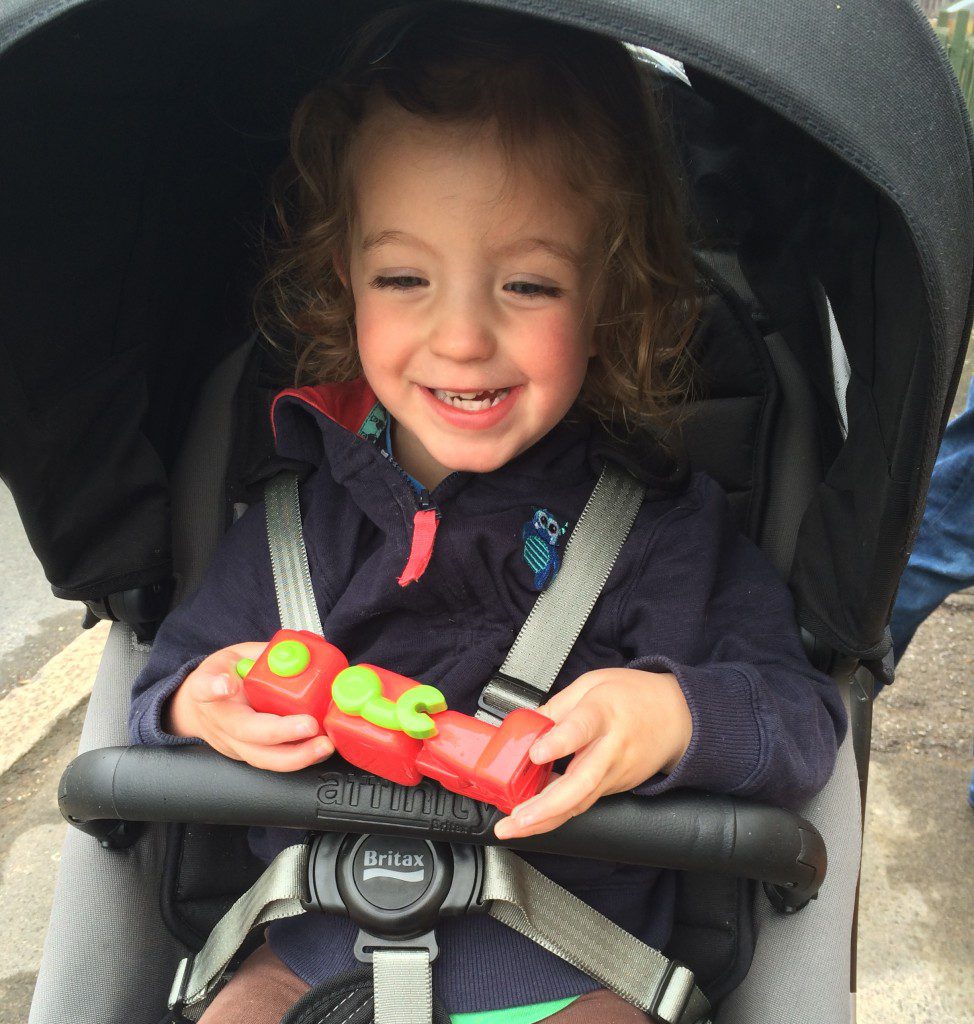 Again, over to Mr C, who took Eliza out in it last weekend so I could have a rest (e.g. paint my toenails in blissful silence).

Here are his thoughts:

And some thoughts from me, after taking Eliza to ‘the big shops’ this weekend:

The Britax Affinity retails at around £400. We were sent the Black Thunder model for the purposes of this review. If you liked our Britax Affinity review then read our Greentom Upp review and iCandy Raspberry review