Ten things I love about being a mum of two

What is it like, having two children? It’s a question I get asked a lot and indeed one I used to ask a lot when I was pregnant. So a year in what is it like, really? 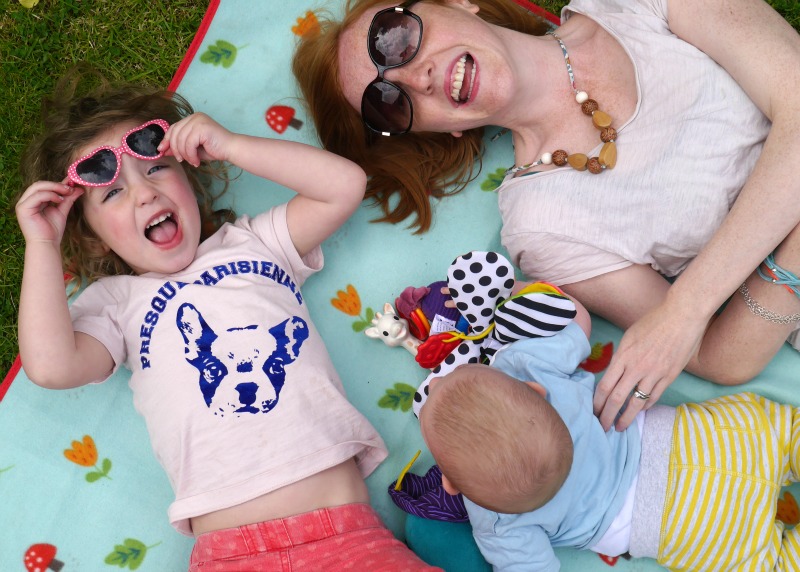 With twelve months under our belt I’d say it’s swings and roundabouts and a see-saw balancing act (mainly one that consists of of balancing a sleeping baby on the boob while simultaneously retrieving snacks and finding more Topsy and Tim on iPlayer).

It’s exhilarating and exhausting, both hard work and a ridiculous amount of fun. It’s brilliant but at times so noisy and completely bonkers that it’s all you can do not to run, silently screaming, into the kitchen. And then in an instant something so utterly lovely happens that it’s all good again.

I’ve written lots about it before, but wanted to talk about the best bits this time. So here’s my favourite things so far about being a mum of two:

1) What no-one tells you is that they don’t really play together for ages and ages (sorry to disappoint!) But when they do it starts to get really good. Mine easily spend a good half hour a day in joyful hysterics while one of them runs in and out of the room, over and over again. I now say ‘You two!’ quite a lot in a comedy fashion, which makes me feel like a proper mum

2) The feeling that you totally deserve the end-of-the-day glass of wine. I used to work in an office that had champagne Fridays because ‘every week’s a challenging week.’ I apply the same philosophy (whenever I’m awake enough)

3) But also, fewer hangovers: Mainly because I’m often too tired to drink much – we recently made a bottle of wine last a week, something my mid-twenties self would have been amazed and utterly disgusted about – and nights out are even more tricky to organise when there’s two to factor in

4) Mums of one regard you as a superhero and ask you ‘What’s it like with two?’ in hushed tones (in turn, you also regard mums of three plus as amazing)

5) And you really do feel like a superhero when it all goes right. Getting all three of you dressed and fed before lunchtime is a super power, right?

6) I can legitimately self-justify ‘What, this old thing I’ve had for ages?’ treats. Expensive concealer is a given and I’m on recognisable, head-shaking hello terms with the ASOS delivery guy. See the ‘hard week’ philosophy

7) This time there’s someone around to share the joy. First time it’s just you and the baby for most of the week, and I’d often be found milliseconds away from another Facebook overshare or shouting variants of ‘She HELD A SPOON! She held a SPOOOOON!’ down the phone while my poor husband, on urgent deadlines in his open-plan office whispered ‘I though it was urgent! I’ll call you back on lunch’. Eliza now shrieks with glee and does jazz hands whenever Florence does anything, even if it’s for the millionth time

8) There’s also someone else around to keep you company in the week. Even if your day does consist less of intellectual chats about popular culture, and more of ‘Mummy, why are there hands?’ type discussions. It’s lovely, and less lonely

9) Getting somewhere on time is a huge achievement to be celebrated, still (think getting out of the house is hard with one?)

10) Some days it takes a really, really long time to leave the house and when you’re that tired doing anything feels like drunkenly wading through superglue mixed with quicksand, but when we’re all running down the road singing Shake it Off or pretending to the the Millennium Falcon attacking the Death Star (what? Doesn’t everyone?) it is brilliant, like we’re a proper gang and it’s the three of us against the world.

What’s your favourite thing about two?

P.S. all the things you’ll obsess about in the first year, our favourite time-wasting activities, if baby milestone cards were made for mums and brilliant benefits of being the second baby.