In praise of Tamara Ecclestone, or why I’m breastfeeding my three-year-old

Tamara Ecclestone is back on TV again, something I know about not because I’ve seen her new reality programme, but because the press is reacting with horror at the fact that she is still breastfeeding her daughter, in it – and daring to talk, openly and in public, about breastfeeding a three-year-old *shocked face*. 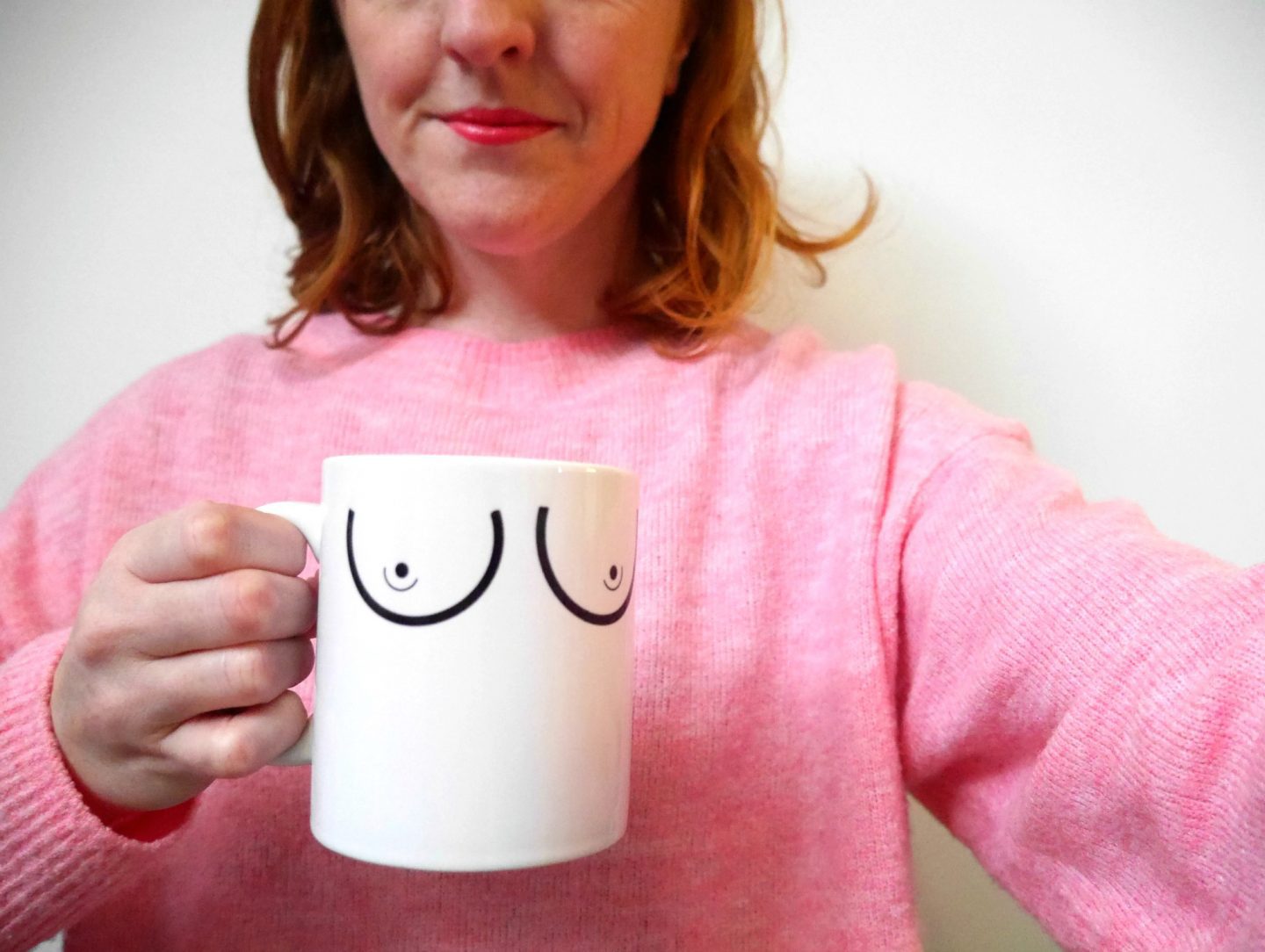 I won’t link to any of the posts, but it’s a predictable bunch of the usual, terrible tabloid suspects, a combination of faux horror about her ‘sparking debate’ and ‘shocking viewers’ and a barrage of disgusted tweets from members of the public while they slyly step back, leaving you to make your own outraged opinion.

This reaction is predictable but what’s refreshing is the fact that Tamara – a socialite and TV celebrity with a large social following and public platform – is so, ongoingly open about breastfeeding, talking about it on her programme, in interviews and on her Instagram. Despite receiving an avalanche of negativity each time she opens her mouth that would leave most people sobbing gently into their Starbucks.

What’s also refreshing is that anyone is talking about breastfeeding beyond the baby years, as it’s something that’s rarely mentioned. It seems like there’s a small window of acceptability when it’s OK-ish – both talking about it and doing it, as long as you’re discreet and suitably covered up – which closes sometime before the first birthday. But breastfeeding a three-year-old…?

My daughter just turned three and we’re still feeding, so ta da! I guess that means I’m breastfeeding a three-year-old. And I know more people than you’d think who are still feeding at this age (newsflash: it’s completely normal).

And inspired by Tamara, I thought I’d talk about it again.

So why am I breastfeeding my three-year-old? Isn’t that a bit…weird now? Isn’t it…unnatural? Shouldn’t we stop now? Am I just doing it for me? Will she still be latching on at the school gates? (Hi, Mum!) Here are the three main reasons:

Because the benefits don’t stop on the third birthday: I wrote about the brilliant benefits of breastfeeding and they all still applied at 12:01 on her birthday, just as they did a few seconds before, back in two. It’s just society that seems to think age is an issue, or that boobs are in general (Breasts on the front cover magazines? Sure! Breasts used to sell sex, and clothes, and films? Bring it on! Breasts used to feed a small child? WHAT IS THIS WEIRDNESS).

Because it’s not about nutrition: Why carry on, a year and a half beyond weaning? Well, breastfeeding is never just about food. For us it’s about a myriad of different, positive things, mainly about closeness, comfort and connection. My three-year-old still wants and needs all of that and it’s one of the instant ways I can provide it. Providing I’m not wearing something with a really high neck.

Because why not? We’re both happy. It doesn’t impact negatively on her life (especially as she can tell me now). It doesn’t impact negatively on my life (Things you CAN do when breastfeeding: Go out. Go out and drink alcohol. Stay in and drink alcohol. Eat food. Wear nice clothes. Things you can’t do: take certain types of medication. Wear really high necked, tight tops or dresses unless you want to get undressed in public, which is fine if that’s what you want to do, albeit a bit chilly).

So when will we stop? The average age for weaning from natural term breastfeeding is thought to be about 4.5. Which seems ages, but I have no idea. Unlike last time, when I stopped because I was pregnant, there’s no upcoming baby deadline. It’ll be whenever one of us becomes unhappy or beacuse we want to, whenever that may be.

So thanks to Tamara and let’s hold out hope that the tabloid press, one day. stop making a tit out of themselves. 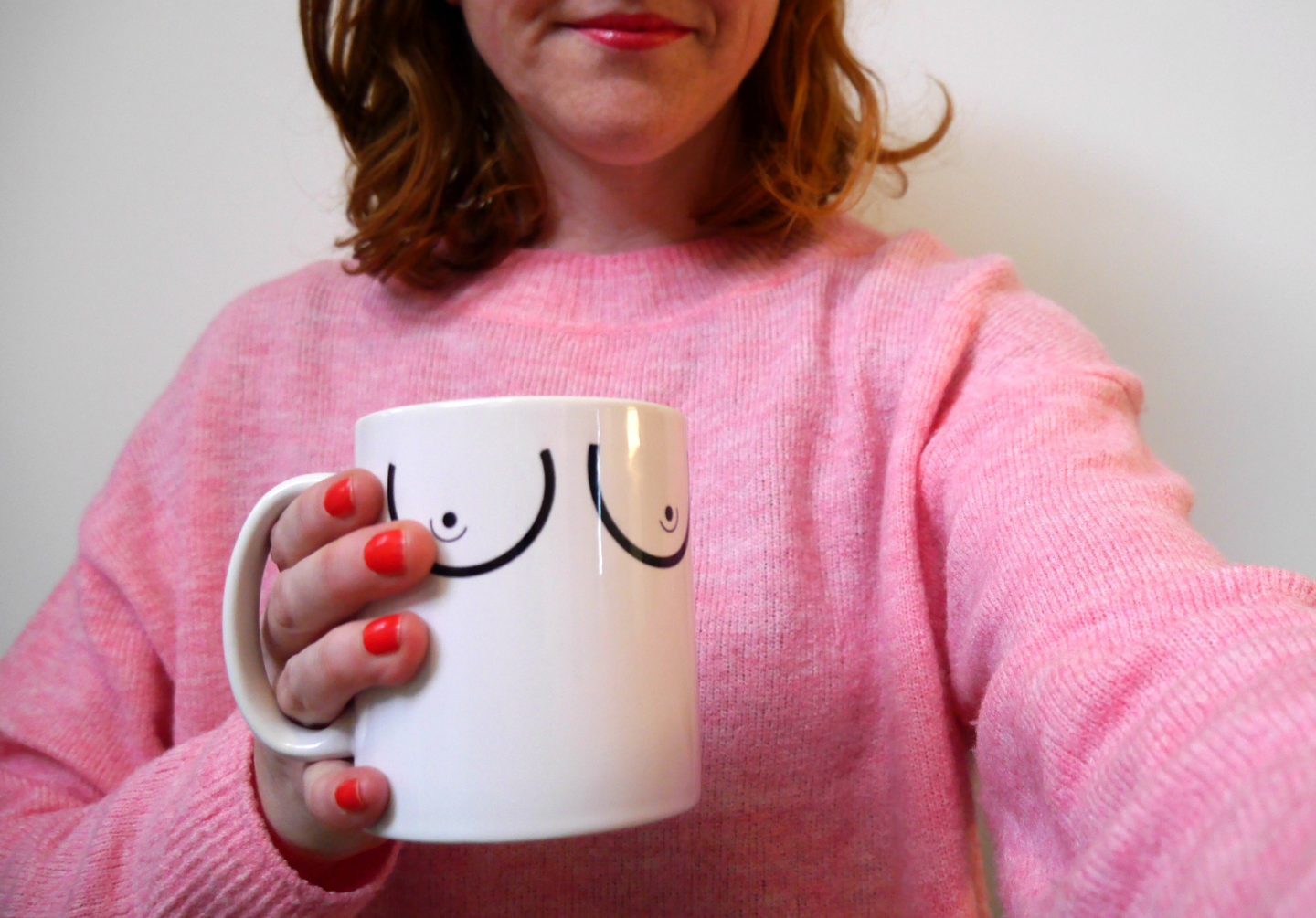 More posts…rated PJ for parental judgement and all my breastfeeding posts. Mug from here.