Naptime: I hate you, but I love you too

At what age did your toddler drop their daytime nap? Asking for… 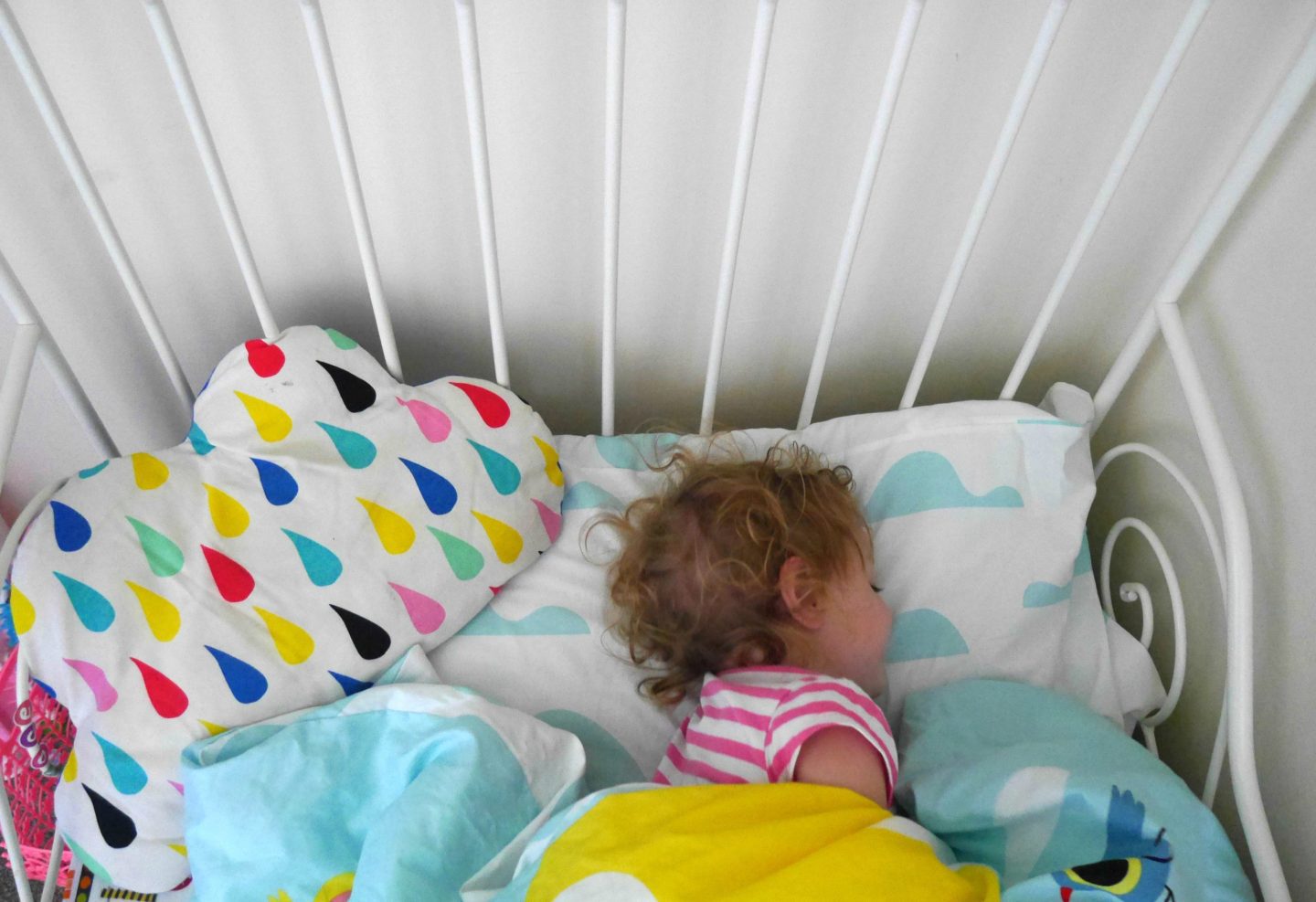 …well, us really, currently locked in a naptime battle of wills, caught between naps and no naps and a fierce and exhausting battle with the land of nod.

Sleep has always been a big issue with my second born She likes to wake up lots, wake up really really early and even now I can count on one finger the number of times she has slept through. In comparison, I’m pretty fond of sleep so am now held together with a diet of caffeine and concealer under a mist of forgetfulness.

So naptime has always been that special time for both of us to sleep, pause and recharge. And for one of us to drink loads of tea and faff around on the internet without guilt or internal judgement.

However, it’s reaching the point with my nearly three-year-old where even a short a day time nap results in a very late bedtime. And as much as I love my children with every fibre of all of my being, past a certain point in the evening, I’m all parented out and not at my most enthusiastic best for playing with Barbies (is anyone?!).

As a result, we’re currently playing a game of stop-the-nap. Which does mean an early bedtime, but has battles of its own (fighting off the late afternoon grizzles…timing it right so  when the 7pm need to sleep hits and we can drop everything…nursery NEVER getting the message that no, a two hour sleep at 1pm is NOT A GOOD THING).

But, oh, naptime. I MISS YOU. In the early days it’s such a gift to knackered mums, isn’t it? And even later on it’s still great.

Why naptime is BRILLIANT

Why naptime is not-so-good

Oh, naptime. I hate you but I love you too. And although your days are numbered now, I will always remember you fondly. Text me?

The good news is, after starting primary school, my five-year-old is now so exhausted that she sleeps in the evening like an absolute champion. Only two-and-a-half more years to go, then?

More posts…how to potty train without losing your mind, again and things they absolutely DON’T tell you in NCT but totally should. Many thanks for Flo for faux sleeping for me.