Kidzania London review: what did we think?

If you’re planning a trip to Kidzania, make sure you read our Kidzania London review…(we were given gifted tickets for the purposes of this review)

Have You Heard Of Kidzania?

Have you been to Kidzania London? Located in the Westfield shopping centre, it’s an indoor city with everything from shops to a climbing wall and a cricket pitch that’s designed for and run by children. 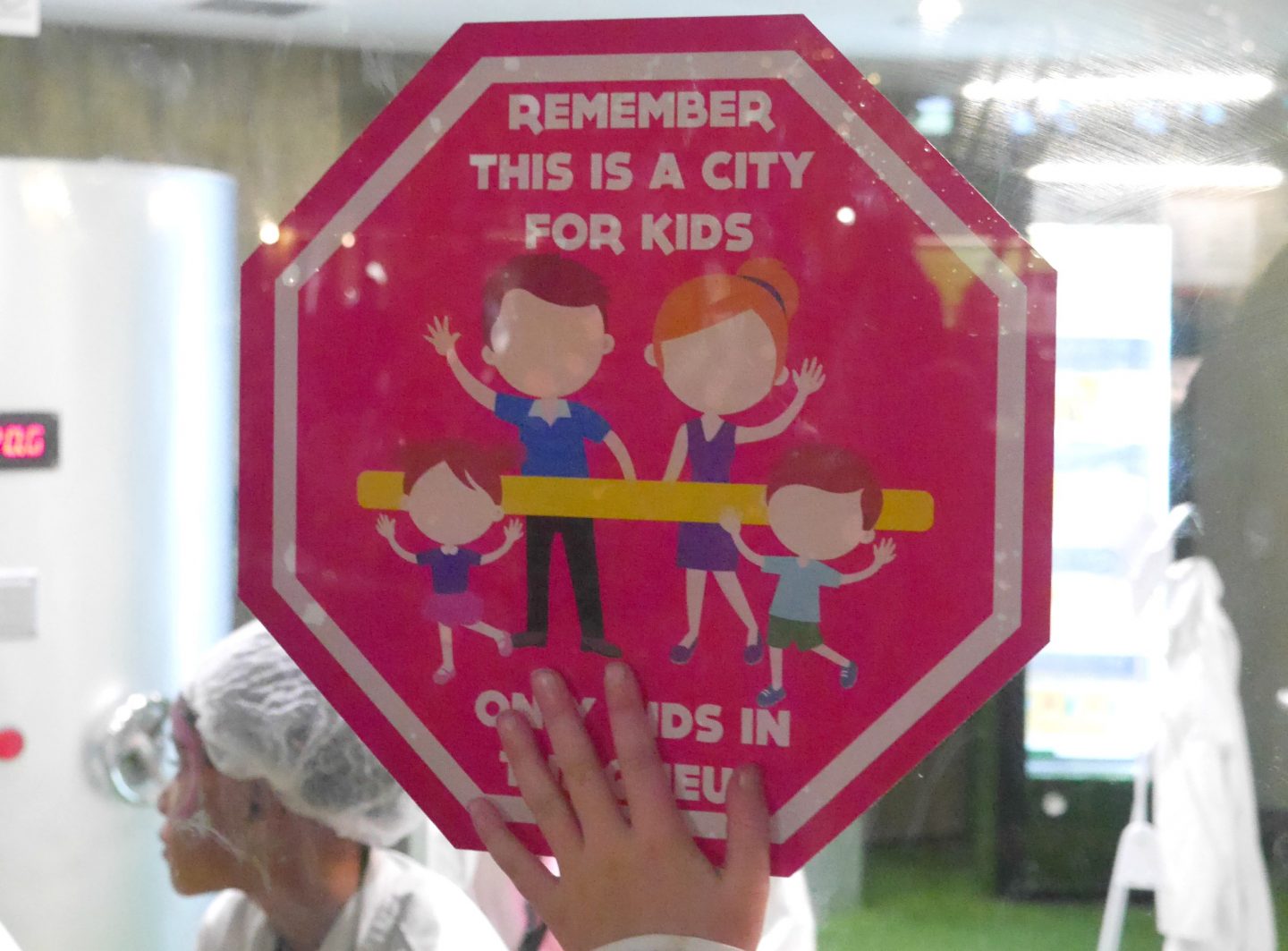 We were invited along for a Kidzania London review, so what did we think?

What Is Kidzania And What Can Kids Do There? 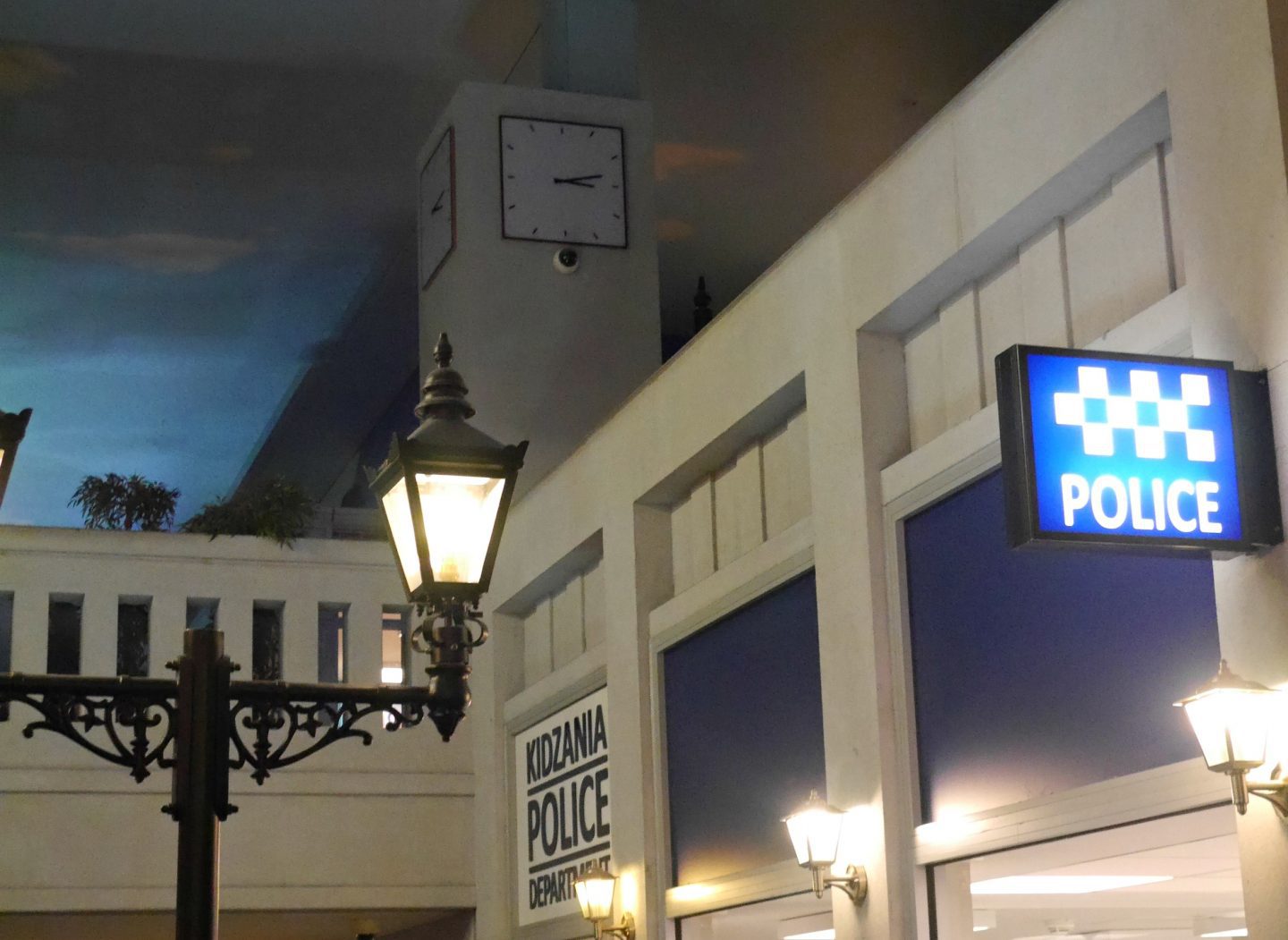 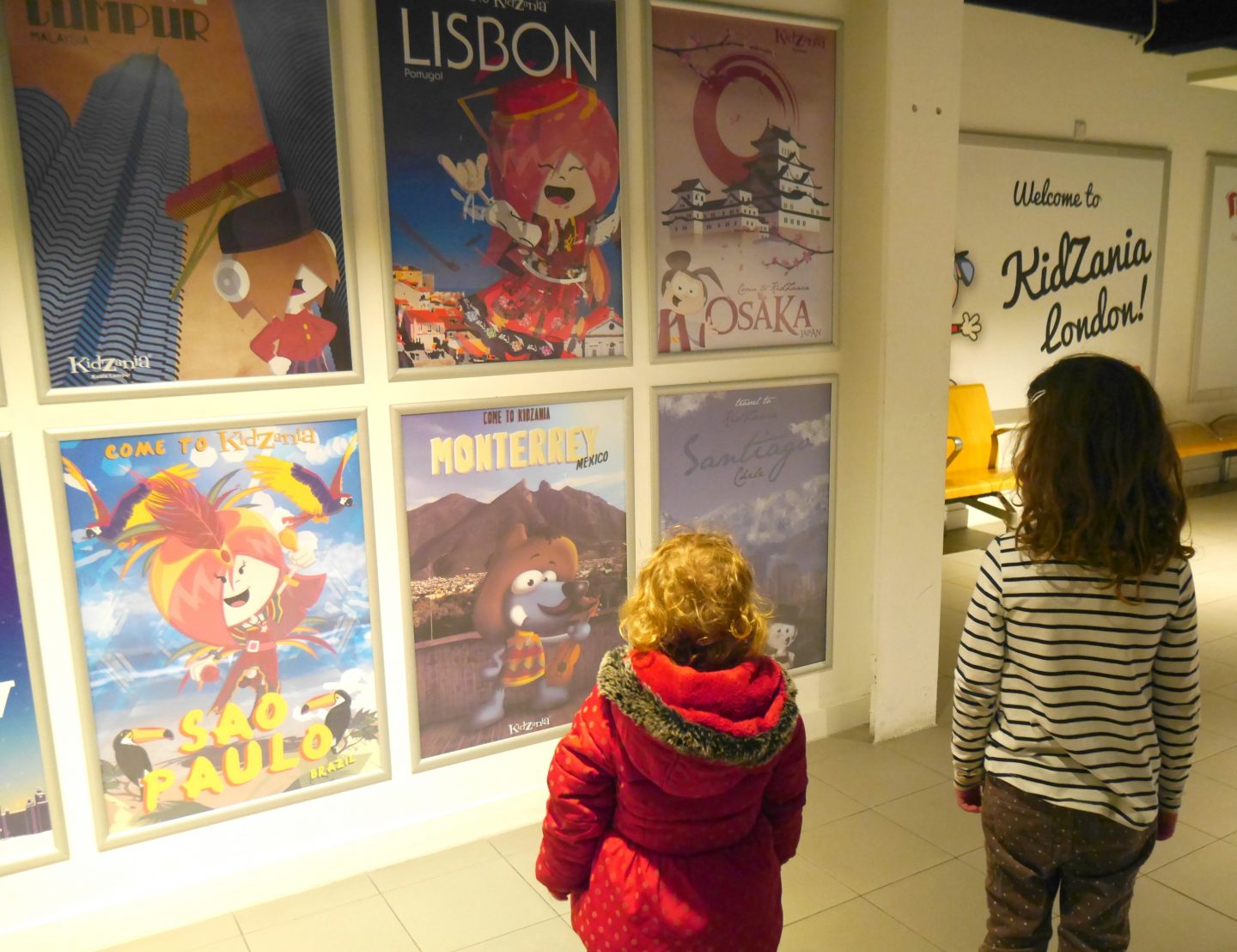 (Yes, there really are Kidzanias in all these places!) 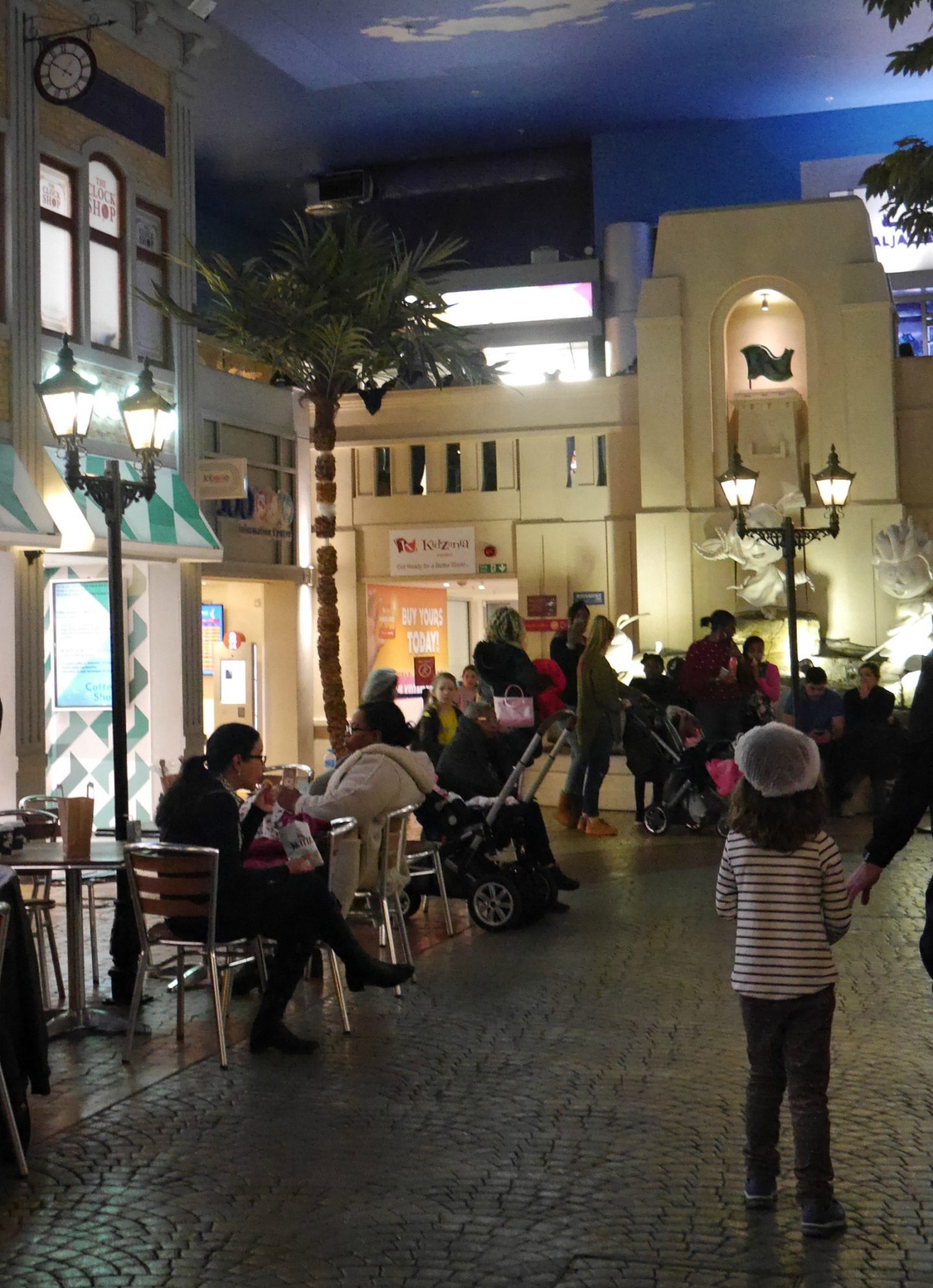 Kidzania London is a huge, purpose build mini city which is very busy, with lots going on. Activities take place in shop-type buildings built around a central ring road, and children move around the city, taking part in different activities.

Every couple of minutes a police car, fire truck or ambulance drive around,  and you can also hop on the tour bus. 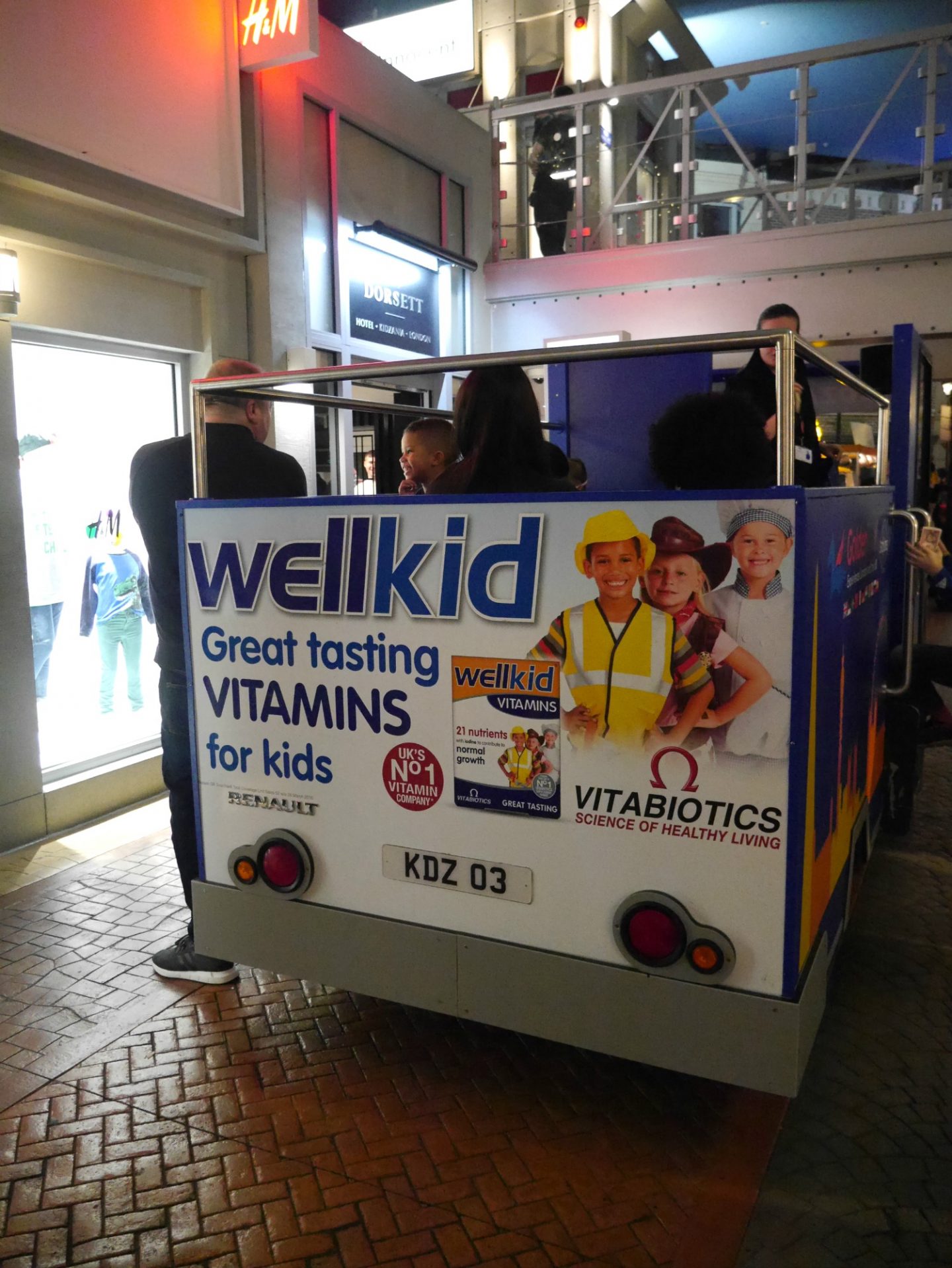 Are Parents Allowed Into Kidzania in London?

The marketing does give the impression that there are no adults, but fear not, helicopter parents, there are lots; just not allowed in the queues or inside the activities but you can watch through the windows.

There are also several cafes and restaurants and an adult ‘playhouse’ area. From the age of seven you can leave the children and go shopping, but due to the size, complexity and business I’m not convinced I would be that happy to drop ours off, but obviously, this is up to you.

It’s also very dark and slightly surreal (it reminded me of Las Vegas).

Here’s what we thought in our Kidzania London Review:

Kidzania London is fun for children: The activities are designed to be educational and teach children about real jobs in the real world, but seriously, these are little kids – the main appeal of the activities is that they are fun and lots of them involve dressing-up.

Our two took part in the H&M recycling activity, innocent smoothie making, WWE wrestling, policing and firefighting, as well as watching the Science Museum bubble lecture in the theatre, and going on the tour bus. They really enjoyed them all. 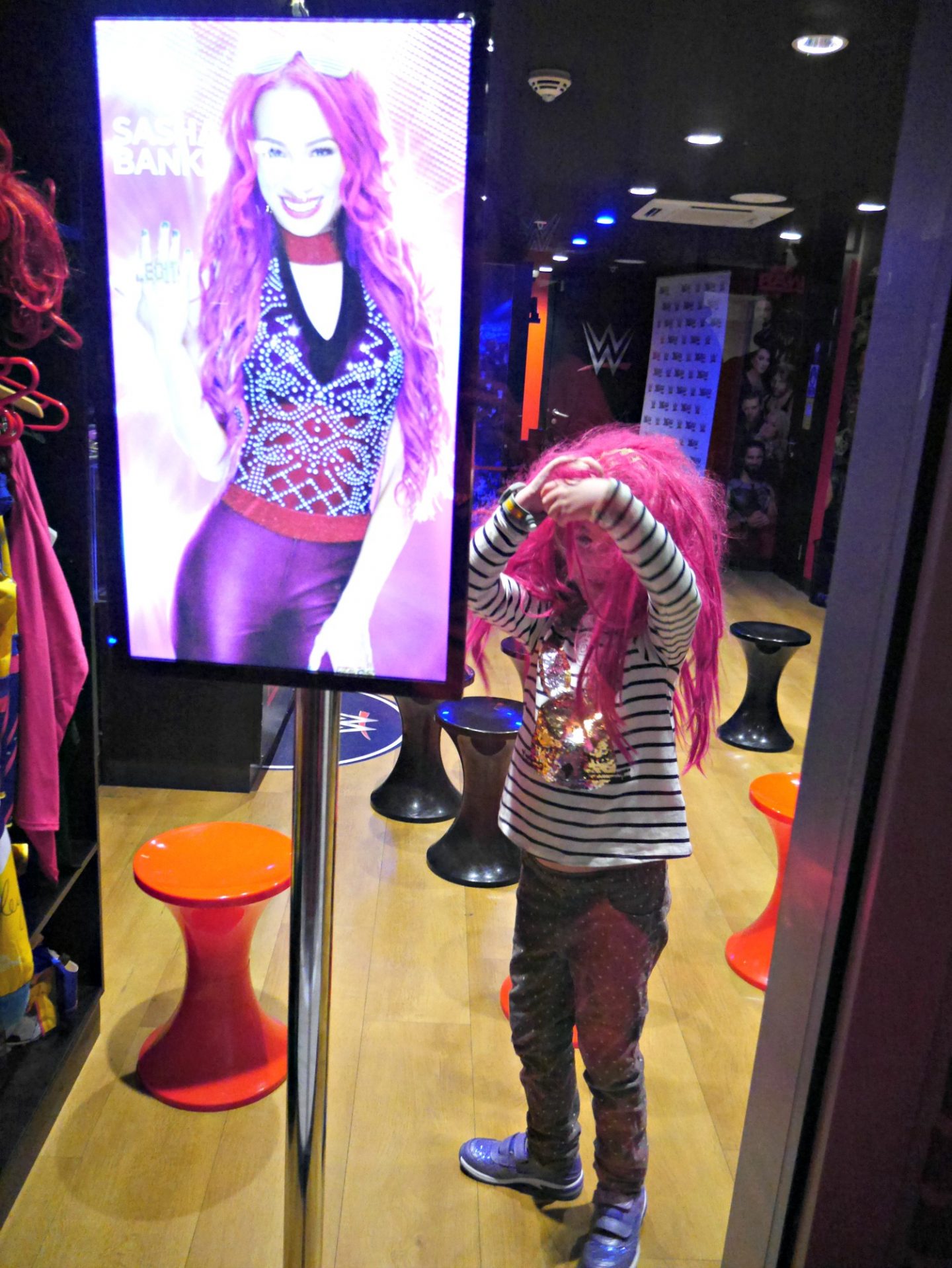 Some parts of it are more fun than others: There’s a variety of jobs, ranging from the glam (Popstar! Journalist!) through to the more mundane (Estate Agent?!) and a variety of detail and complexity involved, too. The most popular activities were the emergency services, because they get to drive in the little vehicles and put out a ‘fire’ and police the area, and who wouldn’t want to do that? These activities had the biggest queues, so prioritise these when you visit. 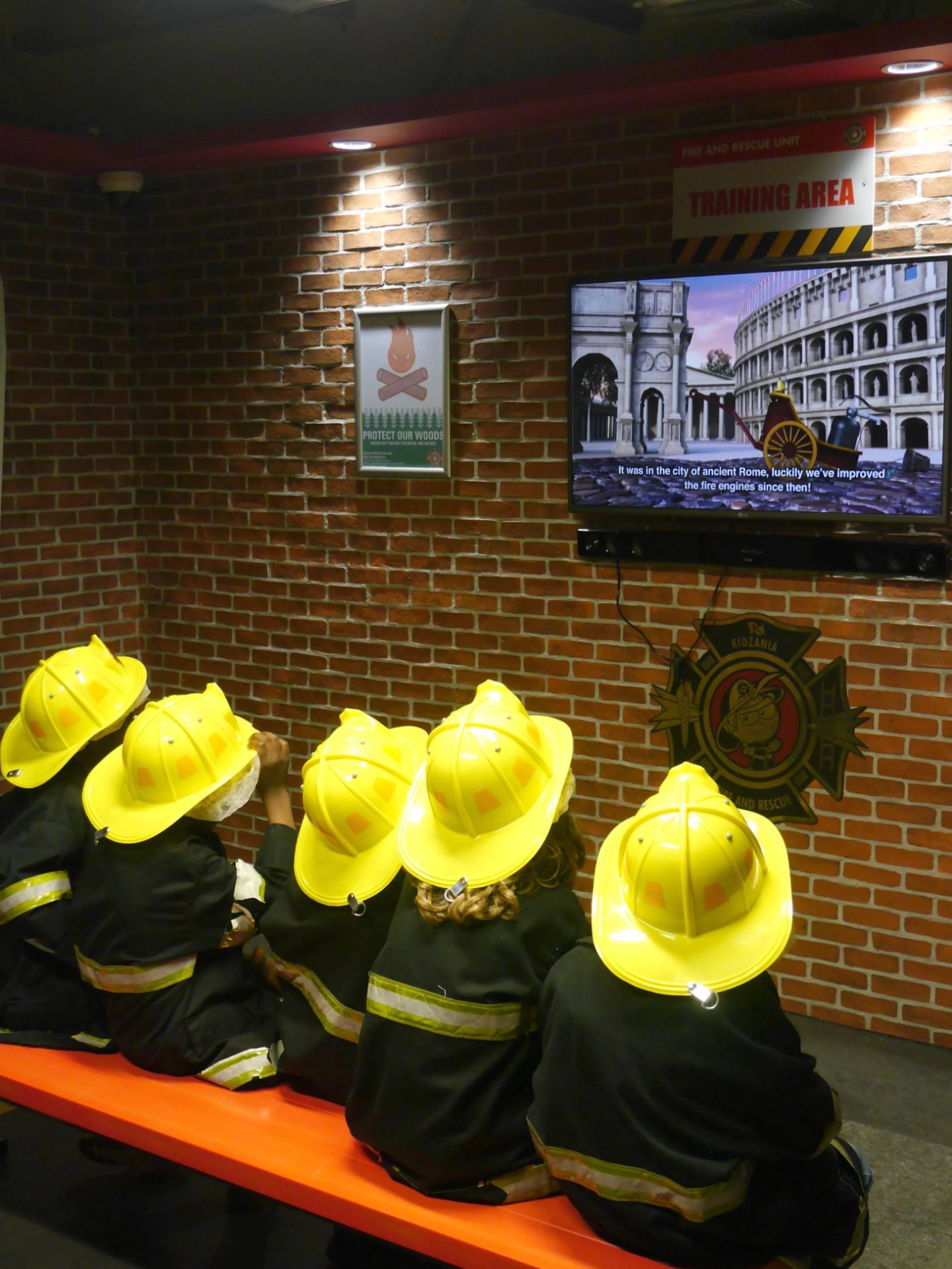 However, the ones us adults might think were less fun seemed super-popular – the parcel delivery kids all looked like they were having a brilliant time and Eliza loved the H&M fashion recycling, so it’s difficult to tell.

Kidzania London is BUSY, especially at peak times: As always with activities designed for children, there are a lot of children. Admittedly we did go at a peak time (Saturday afternoon), but with something designed for school-age children I’m guessing there’s never not a peak time.

This meant there were queues for most of the popular activities, some well over 20 minutes. Queues and kids don’t mix well, so I think this could be managed better – time slots, for example? Due to the queues we didn’t get to do a huge amount of activities, and I think it would be hard to do much more and impossible to do the full set, so pick which ones you want to do and go there first.

Age limits are an issue for siblings: I hadn’t really given much thought to age limits until both girls went in the first activity and Florence was sent right out again on account of not being four. The majority of activities are 4+, with some being 7+. I can completely understand why, but at a grown-up three-and-a-bit F was far too old for the baby-focused early years section and more than confident and capable enough to take part in the 4+ activities.  So we *cough* didn’t mention she was three again, but if they’d checked her age we would probably have had to leave as she wouldn’t have been able to do anything, and been, understandably, upset.

The early years section was also looking slightly battered and nothing like the role-play fun of other tasks. 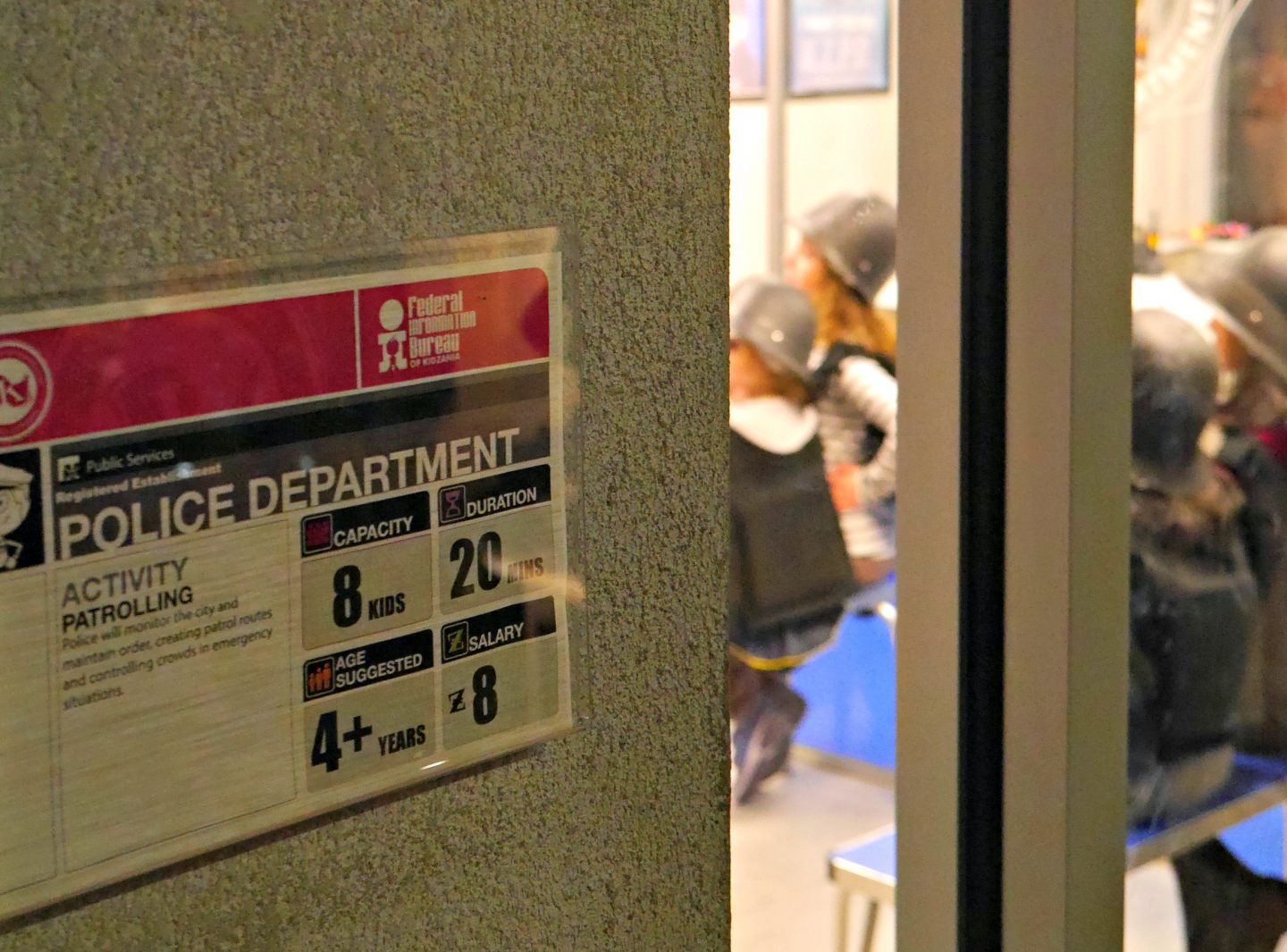 Earning is fun, but don’t place too much emphasis on the Kidzos: Kidzania has its own currency, the Kidzo. You’re given a set amount at the start. For some of the activities you earn Kidzos, some you have to spend Kidzos on (which can be quite confusing – policing is an activity you get paid for, you pay to be a fireman). At the end, you can ‘spend’ the money in the gift shop. By the time we left on Saturday afternoon it was ravaged and the products they could buy weren’t the best – fairly flimsy bracelets, pencils, stamps and so on – so I wouldn’t place too much emphasis on the end result.

How Much Does Kidzania Cost, And Is It Worth It?

As it’s not the cheapest activity, Kidzania London is definitely a treat. There are also mixed reviews online, including criticism of the staff and of the branding being aimed at young children, which I get and is an issue, but everyone we encountered was friendly and helpful and the brands are ones they’re likely to be aware of, like Cadbury and H&M.

As a sidenote, the funniest reviews I read said there was nothing to do for the parents but sit around watching (Seriously? Welcome to parenting!).

Other questions you might have from our Kidzania London review:

Like a lot of things specifically designed for children, Kidzania is a lot of a sensory overload, hence lots of ‘tired and emotional’ kids, and adults…but both my children want to go back next weekend (the grown-ups might take a little longer to recover…)

Once you’ve read my Kidzania London review, here are more things to do in London: The Horniman Museum and the Science Museum, and how London changes when you’re a parent and follow me on Instagram