Our side return extension update (and kitchen chalkboard walls)

I can’t remember how much of this I’ve mentioned on here (vs over on Instagram Stories, where I’ve talked about it a lot, sorry) but last year we had our kitchen extended into the side return and now have a whole new set of kitchen chalkboard walls. It happened accidentally, almost… 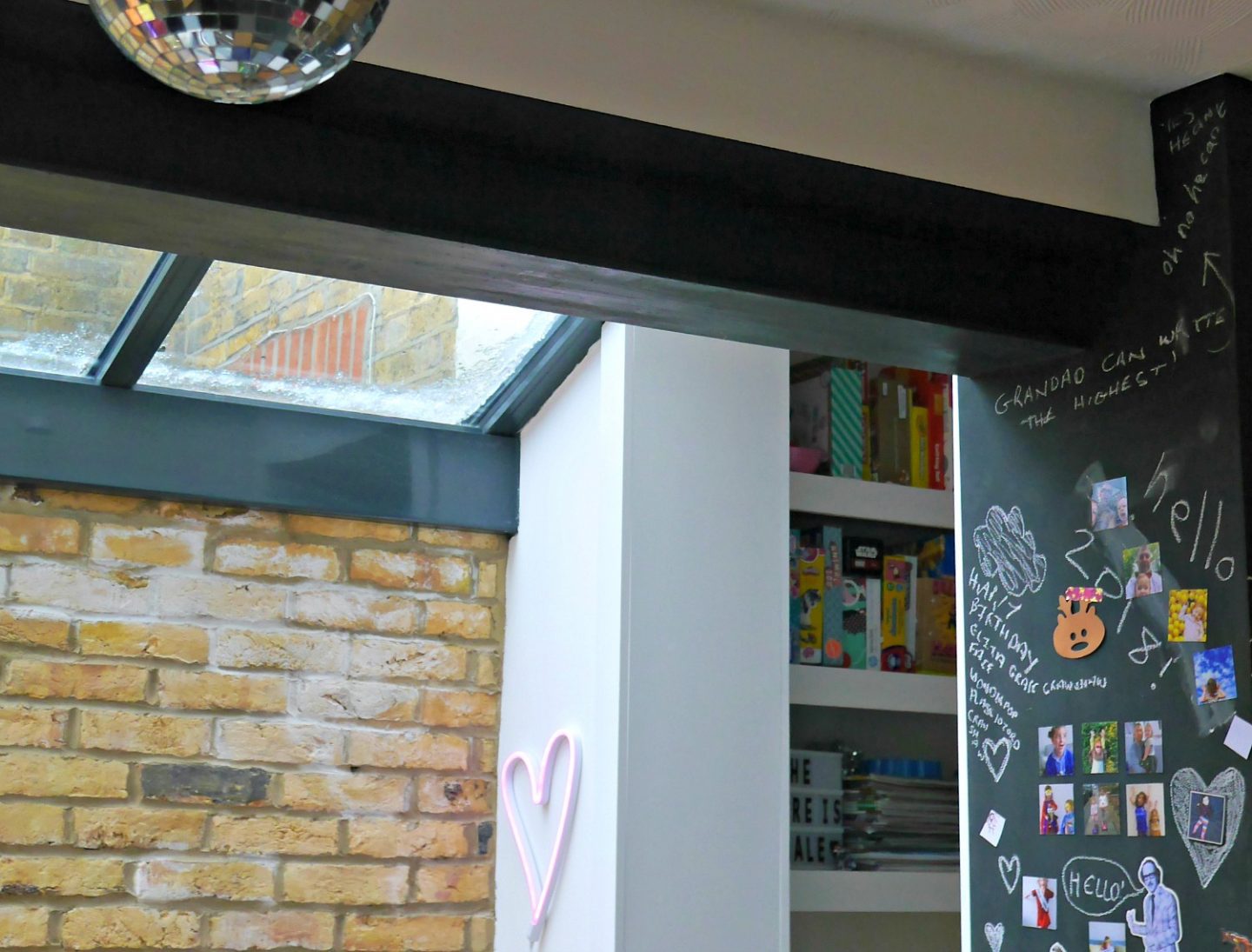 …I saw a picture of a similar extension in a book and then found an exact copy of an extended version of our house on Pinterest, tentatively asked our builder what he thought and suddenly it was *booked in* and we were knee-deep in dust. Just like that. Kind of. 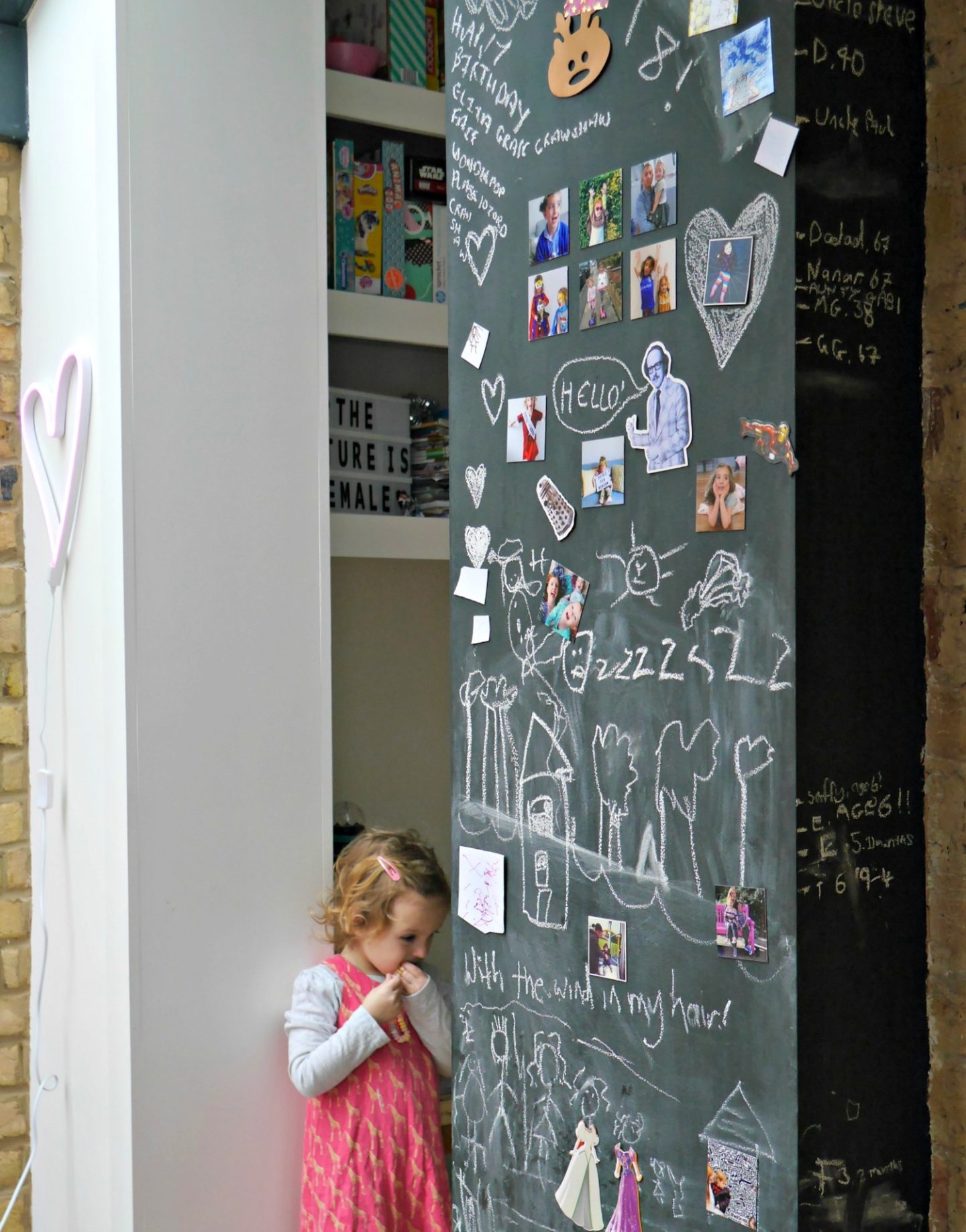 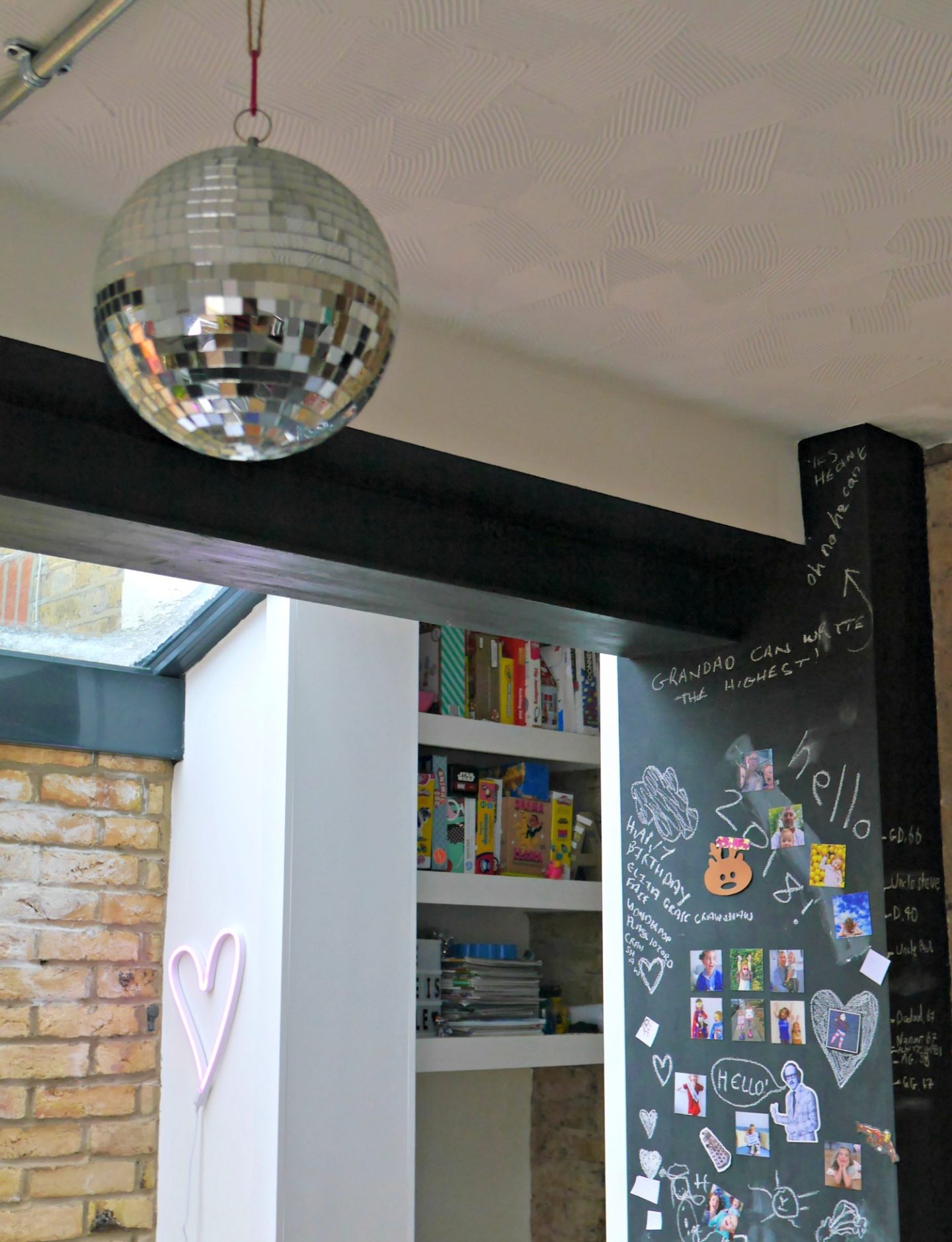 (Actually, what appealed the most wasn’t the promise of loads of conversations with the builder during the day, but the thought it would only take five weeks. Five weeks, we thought! Easy; especially compared to our loft which took at least half a year).

I will go into all of this when it’s properly finished, which should be soon! Fingers crossed.

But basically, the side return is the gap of space at the back of terrace houses, where the rear section of the house is usually about 3/4 as wide as the main house. Ours was only ever used to get to the garden, so the idea was to extend the kitchen so we could fit a table in there.

We ended up having two of the external walls demolished and needed a supporting beam added, which we left exposed. We were going to leave the surrounding walls white to match most of the downstairs, but in the end we decided to use magnetic chalkboard paint instead, to match the dark beam

Which has ended up being everyone’s favourite thing, so in advance of a finished kitchen I thought I’d talk about the kitchen chalkboard walls instead. 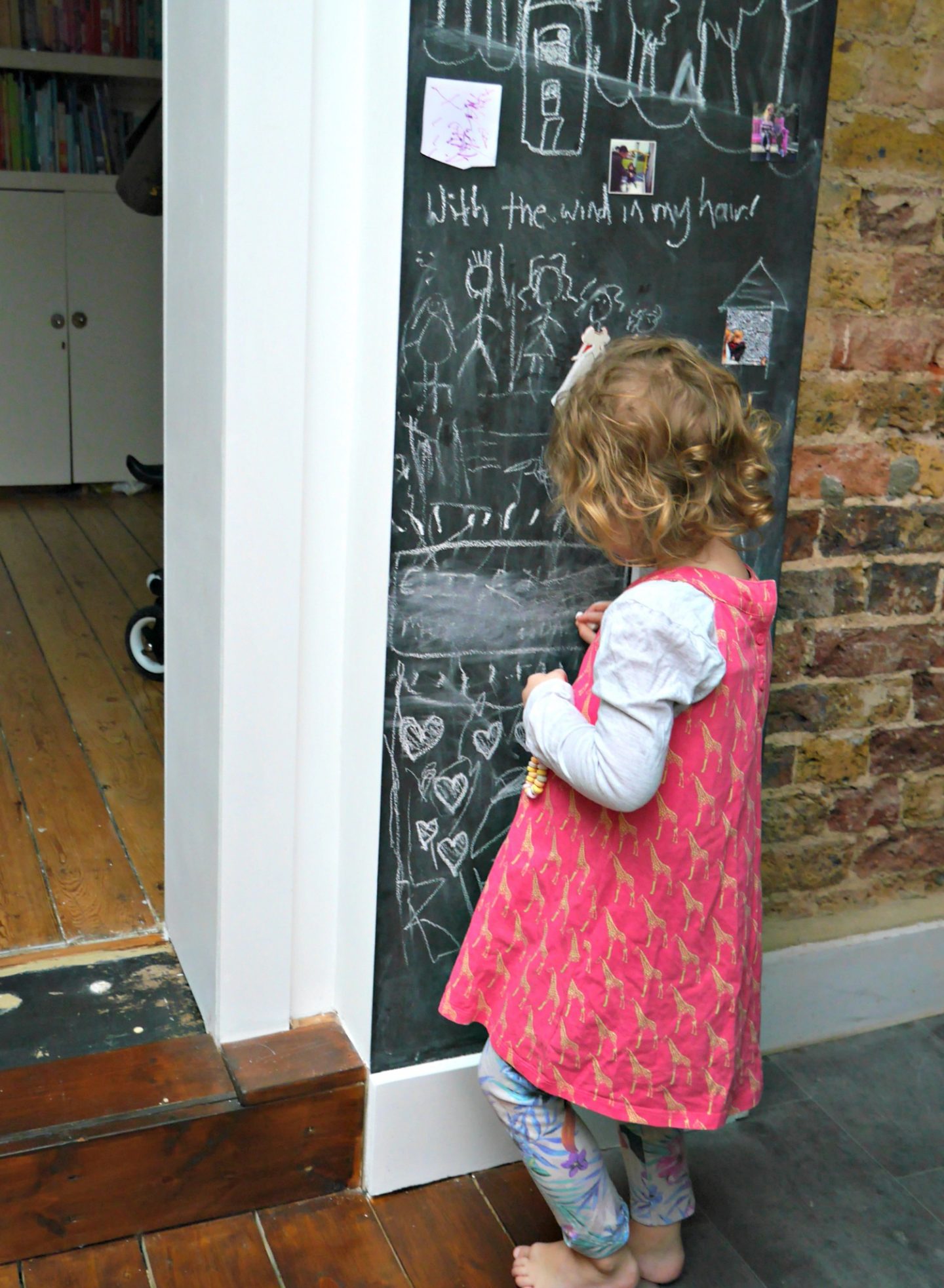 We did discuss how much it would be used but it turns out the answer is *a lot* – for notes and messages and random drawings, and for a height chart.

Unlike with Eliza’s bedroom chalkboard wall, we used a different brand of paint (this one) which seems to work a lot better as most magnets actually stick. 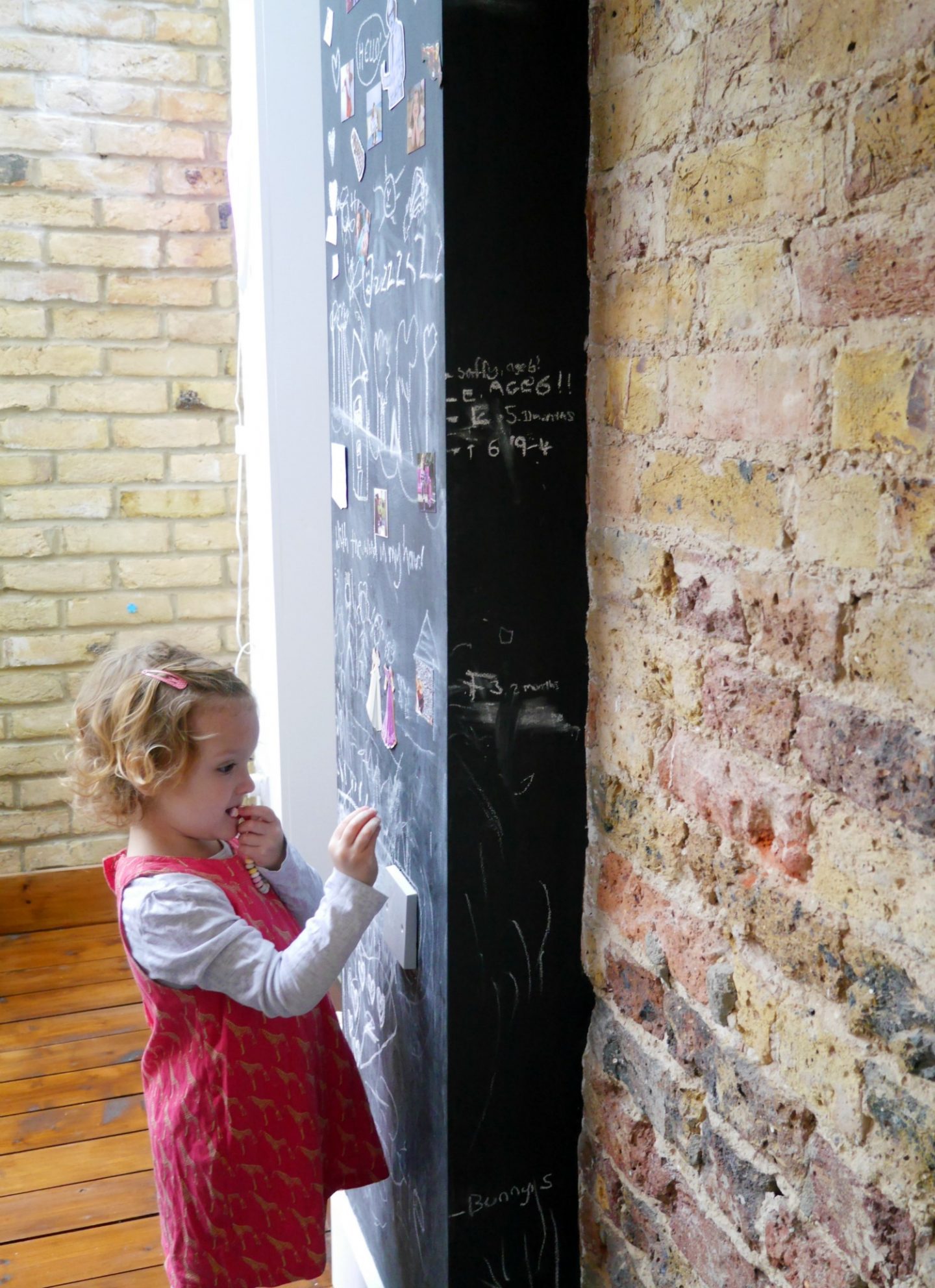 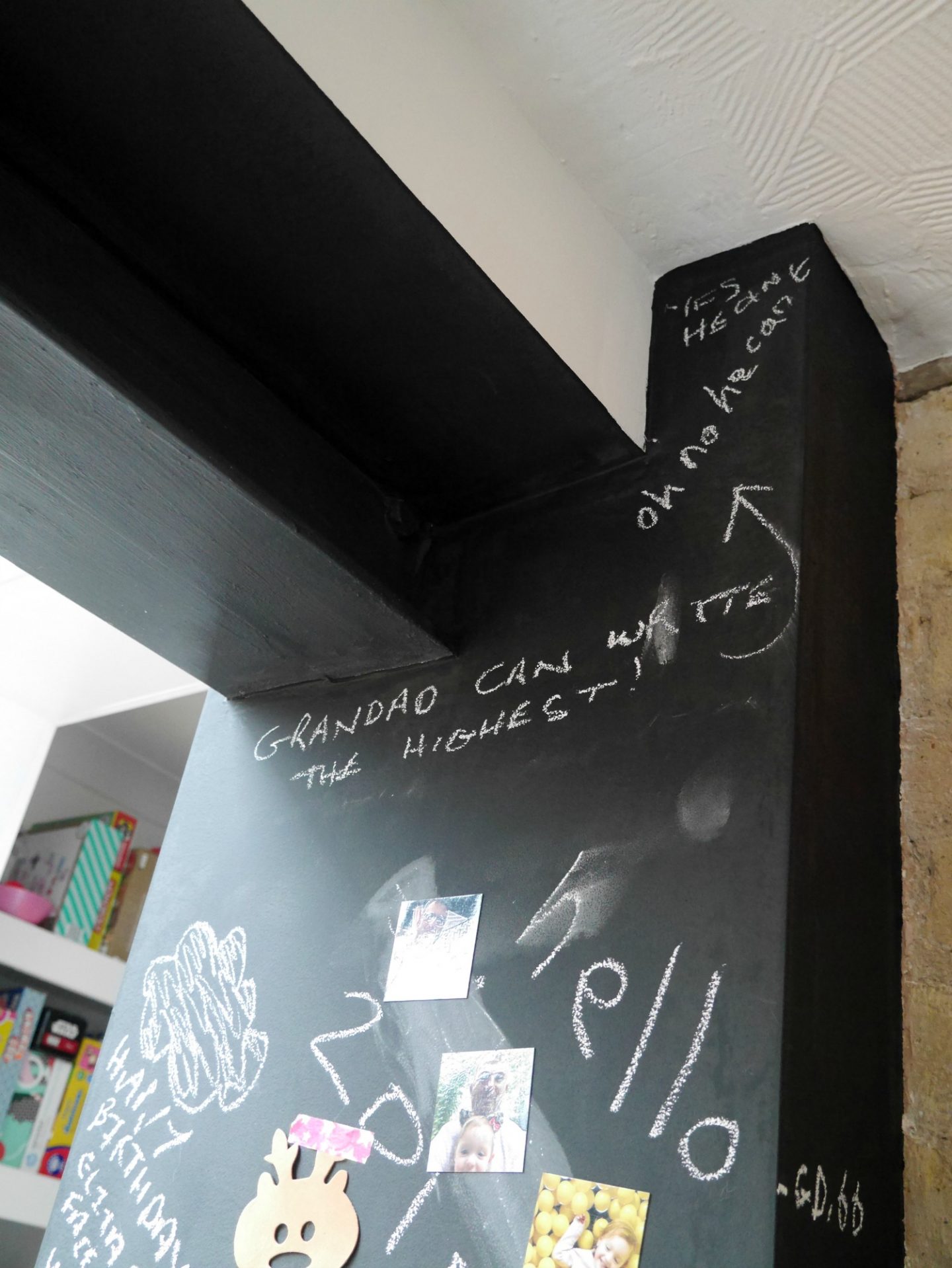 I think painting things with chalkboard paint is probably so five years ago in interior trends, but if you like something, go for it. You’re the one living with it. And it turns out it is a lot of fun, for everyone in the family.