Everything I Learned From Judy Blume Books

Everything I Learned About Life, Love And Sex From Judy Blume Books

Did you Read Judy Blume Books?

Who read Judy Blume books when they were growing up? More to the point, who didn’t read them? Never found on any official school reading list, her books – from Starring Sally J Freedman and Superfudge, through to Blubber, Tiger Eyes, Deenie and Forever – were instead passed down from person to person, like the most effective word of mouth campaign ever. They were essential reading for all girls of a certain age. 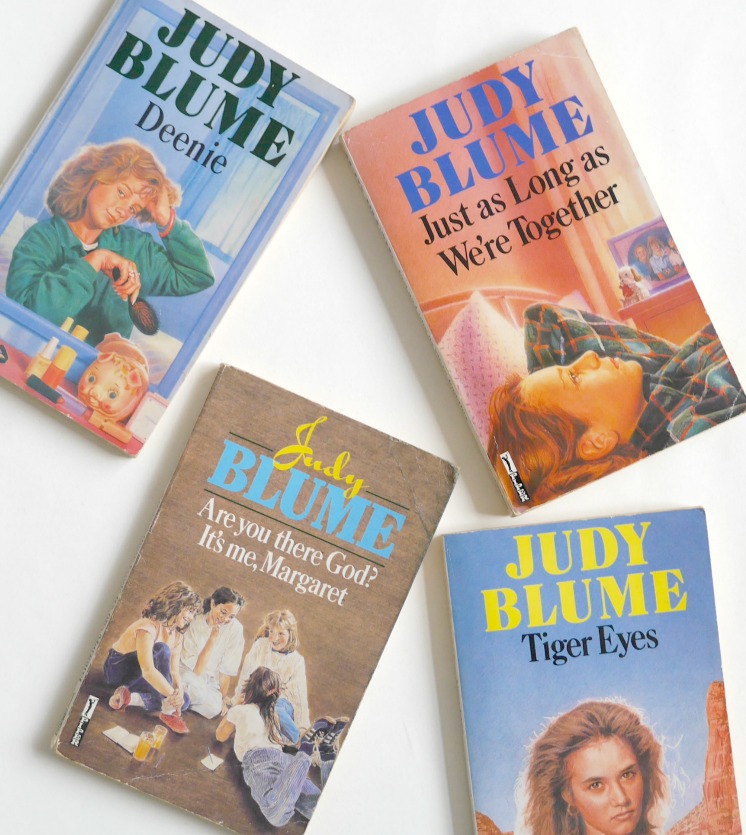 I read last week that Judy Blume has written her first new novel in years, and that same day I found a box of my favourite childhood reads in our loft while looking for my summer clothes. At the top of the pile were all my well thumbed, dog eared copies of her books. It was like opening a Pandora’s box of pre-teen Proustian rushes. 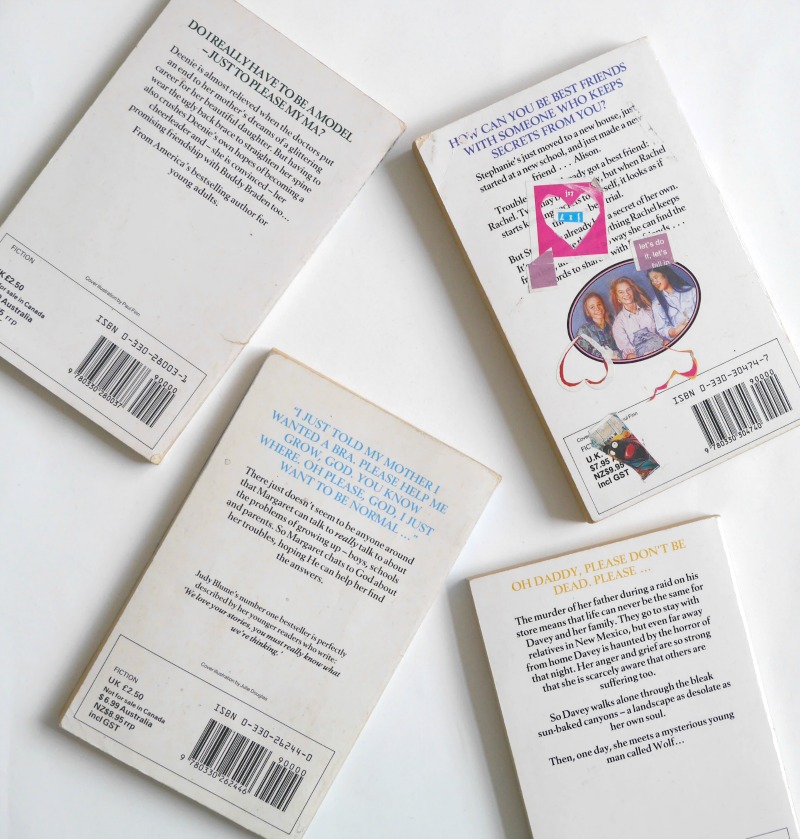 The Books Of My Adolescence

Along with my love of Just17 magazine, these books were the ones that pretty much shaped my early adolescence. While 1980’s America didn’t have a lot in common with the suburban Shropshire of my own childhood, it didn’t matter. It didn’t matter that instead of the amazing sounding ‘mall’ you had the boring old Telford Shopping Centre, or that you were never going to be taken to prom by the high school heartthrob that had secretly been in love with you all along, because you didn’t have a prom and all the boys at school were just bleh and you had frizzy hair and braces, because the books transcended all cultural boundaries.

Years before the pick-n-mix an issue of Hollyoaks and ages before you ever probably did anything, they dealt with a whole range of early teen topics, from friendship and bullying (Blubber), to bras and periods (Are you there God? It’s me, Margaret) and the massive ones of death (Tiger Eyes), snogging (Here’s to you, Rachel Robinson) and the one that made you get out the dictionary (Deanie, with her scoliosis). Although they might have appeared daring and slightly risqué to an adult, to us they were always perfectly pitched, and were how girls of my pre-Google era learned things, along with problem pages, school yard chat and the More! Magazine Position of Week the you all once saw and were secretly really shocked by.

Flicking through them now it struck me how eternal the issues all are, and how much I really did learn from Judy Blume…

All The Thing I Learned About Life From Judy Blume Books:

Everything I learned about friendship from Judy Blume Books

Friendship is such a huge issue in your tween / early teen years, isn’t it? You have your girl gang, but then these platonic relationships were always so all-consumingly complicated, especially when it all goes slightly awry. Judy Blume captured this friend-angst perfectly, and this is the one theme that’s pretty much across all of her books, especially the friendship triangle of Rachel, Alison and Stephanie in Just as Long as We’re Together. And pre-Spice Girls, Judy Blume spread the message that boys are all well and good, but friendship is what it’s all about.

Margaret (Are you there God? It’s me, Margaret) was the hero for all girls who are super curious about growing up and not yet quite there. It’s perfect stake in that stage when you wanted a bra more than anything, and when periods seemed womanly and exotic, shortly before you realise they really are just a pain (also, wasn’t it a bit of a disappointment when you realised sanitary towels didn’t come in separate boxes with belts and clips and all the 1950’s paraphernalia? What was all that about?)

Everything I learned about sex from Judy Blume Books

While Deanie dealt with that touchy subject of teen masturbation, Forever was the big one, wasn’t it? I’m sure every friendship group across the world had one copy that was passed around and around (ours was bought innocently for my friend my her grandmother, would you believe, and was so ‘well loved’ that it was missing a front cover and the first six pages). While Forever was pretty tame compared to those other teen faves, the bonkers bonk-fests of Riders and Shirley Conran’s Lace which both had much more actual sex in them, it was still a thrilling read. I don’t actually have a copy as it fell apart years ago, but with adult hindsight I’m pretty sure it had sensible overarching ideas about waiting to do it, safe sex and not being too committed too young,

Forever is also the reason why, years later, you laugh in the face of hispster baby name lists that suggest ‘Ralph’ as a moniker for your child (no smirking at the back there).

I’m still so consumed by the baby days at the moment that it’s slightly alien to think that far ahead about my two daughters being teenagers. Will the issues still be relevant? Absolutely. Will they read these books? I might hang on to my copies, just in case…x 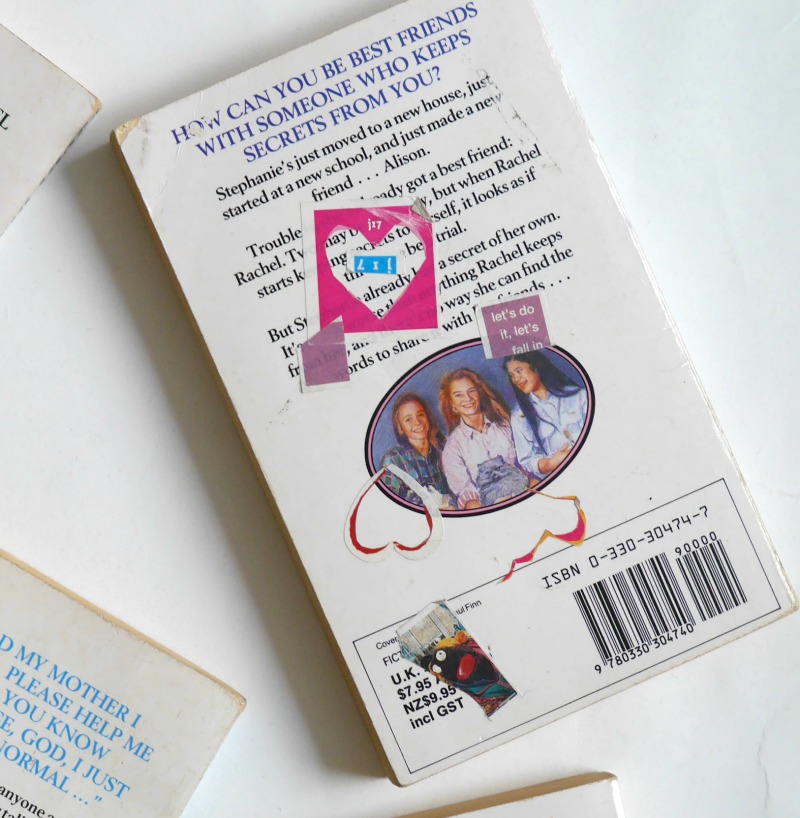 More: 10 signs Sundays have dramatically changed, relics of an end of the century childhood and 25 inevitable events from the first six months.

A Baby on Board is a finalist in the MAD Blog Awards for best pregnancy blog. Read nine things about my blog and pregnancy and if you’d like to vote for us you can do so here – thank you so much! x