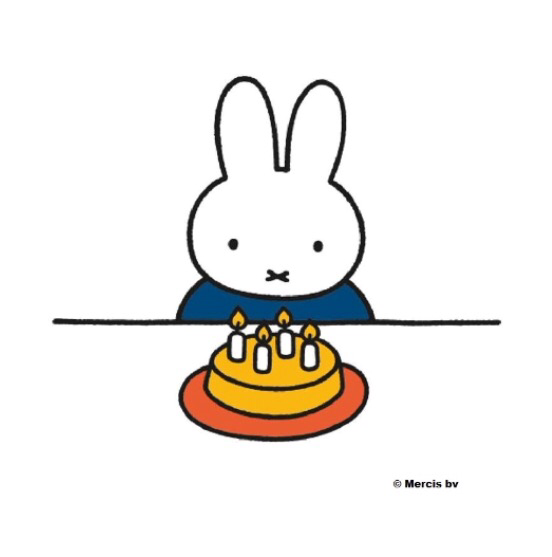 One of the fun things about having children is introducing them to all the things from your own childhood. And one of the things I really, really loved when I was Eliza’s age was Miffy.

The Miffy books, with the bright primary colours and deceptively simple line drawings about the little rabbit were always my favourite, especially Miffy’s Birthday, a book I recently found saved in our loft (along with all my Judy Blume books).

My parents also gave me a box set of all the Miffy books as a jokingly nostalgic 21st birthday present, and I had no idea at the time I’d be reading them with my own daughter. But Eliza now loves them just as much as I did. We even used Miffy and the New Baby to explain about my pregnancy.

The Miffy books were recently relaunched in the UK, and there’s a whole range of books now, from the simple stories through to pop-ups, stickers and even Miffy milestone cards.

This year we’re working with Miffy as an ‘official’ Miffy Mum, and to celebrate Miffy’s birthday, I’m giving away a Miffy book bundle (it contains Queen Miffy, Miffy is Crying, and Miffy’s Garden).

The prize giveaway will close at 12am on 29th June. The winner will be picked at random from all valid entries.

You can also enter my competition to win your house jobs taken care of (and if you’d like to vote for us in the finals of the MAD Blog Awards as best pregnancy blog you can do so here – read my nine reasons why you should vote. Thank you!)