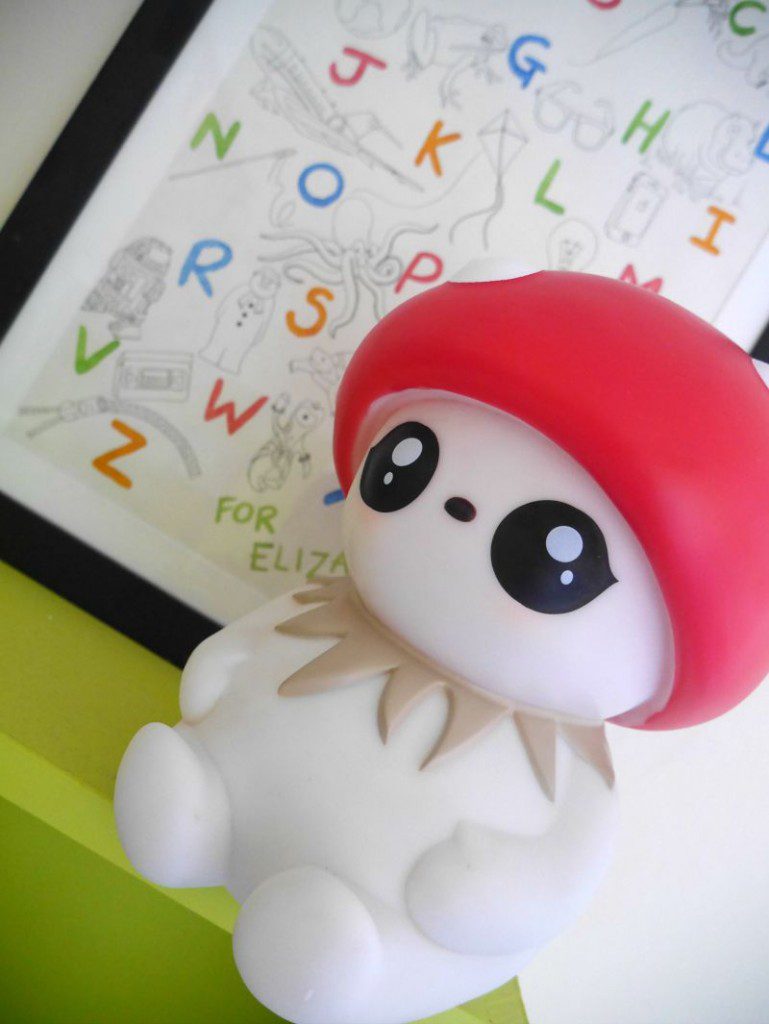 Have you heard of Tulipop? It’s a colourful, whimsical and slightly weird – in the best way – family of children’s characters from Iceland that grace a range of home wares and accessories.

We were sent the Bubble nightlight, which is an illuminated version of the mushroom character Bubble boy. 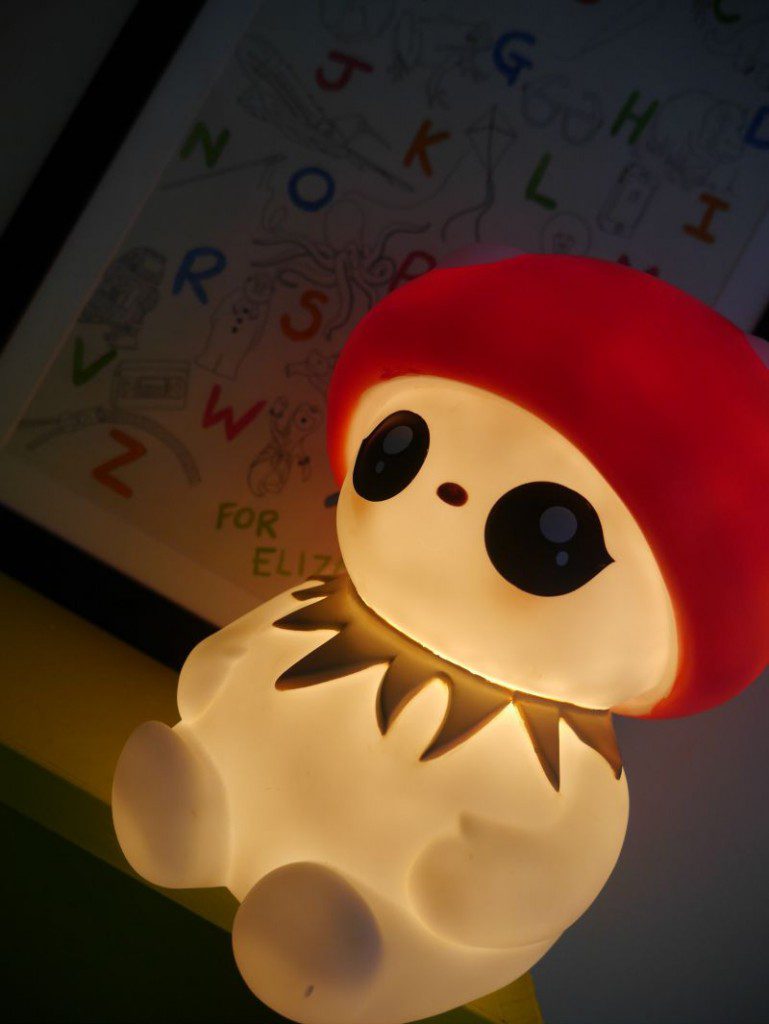 It looks really quirky and fun, or like Toad from Super Mario according to my husband. We’ve actually been using it downstairs on one of the children’s shelves of many things. But we’re having some issues getting a certain someone to sleep in their room (more on this later) so we’re thinking it might help to actually use it as a night light. 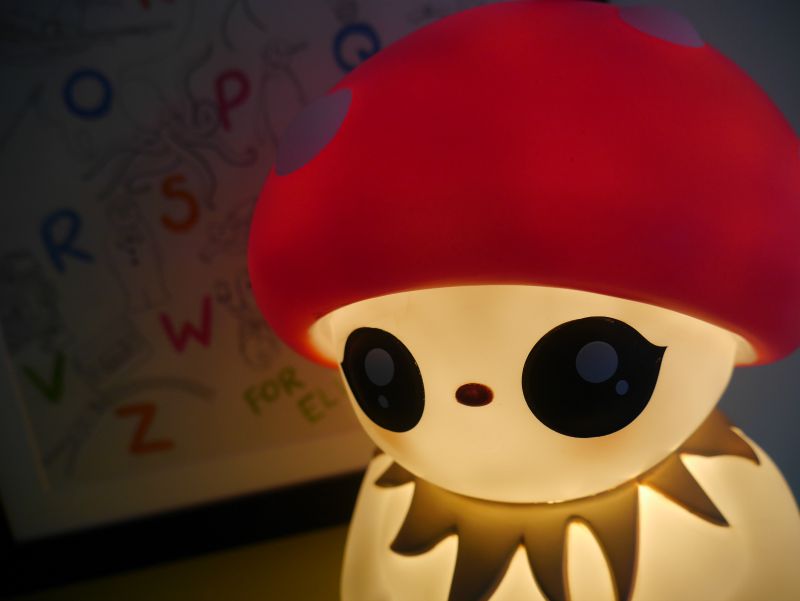 I bought the ubiquitous rabbit night light when I was pregnant, but it’s been used as a decoration only since I found out it operates on tiny round batteries (the Tulipop night light is mains operated so no battery worry and it’s also completely encased in heat-resistant plastic so no chances that small fingers might meet light bulbs). 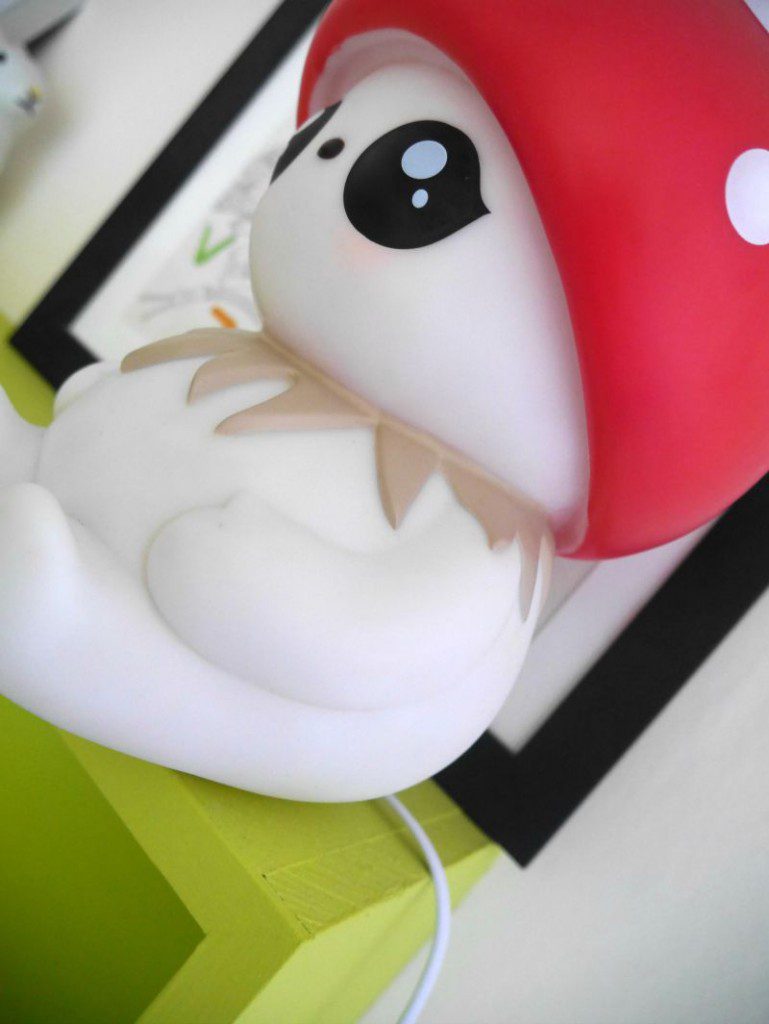 The only problem is that it’s so much like a toy that we have to keep it out of the way of both children, as they’ve tried to play with it.

It’s a pretty magical world, Tulipop; Eliza was even entranced by the catalogue that came with the night light and actually leafs through it like a proper book.

Thanks to Tulipop for the nightlight, which costs £49. More of Eliza’s  colourful toddler room here, her IKEA hack spice rack bookshelves and how to make an easy felt ball garland for children’s rooms.